From tennis whites to dirt bikes: Emma Raducanu gets muddy at motocross as she shoots new Nike advert

She intimidates opponents with her 100mph serve – now Emma Raducanu has fulfilled her need for speed in a return to motocross.

The tennis star got back on a bike at Canada Heights track in Kent for a Nike advert. Miss Raducanu, 19, who has a £100,000-a-year sponsorship deal with the brand, wore a black top, trousers and helmet, and also filmed herself using a selfie stick.

On winning the US Open, she revealed: ‘I was racing go-karts for a year or two when I was younger and then I transitioned into motocross… but I couldn’t carry on with it as my tennis career progressed.’

She previously posted childhood photos of herself riding a Kawasaki, including a close-up of her face in a green helmet.

Miss Raducanu enjoyed a hodgepodge of sports as a child, encouraged by her father to try horse riding, swimming, basketball, golf and skiing. 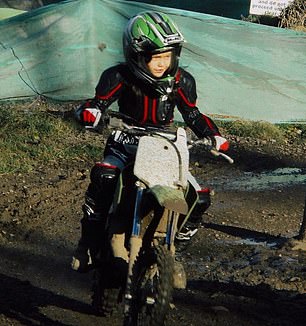 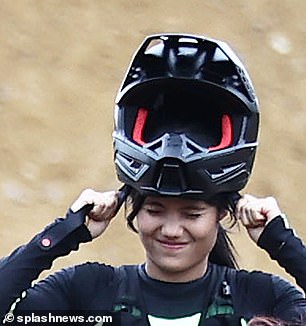 No fear: As a child riding a Kawasaki bike, left, and donning a helmet for the Nike ad

Her victory at the US Open saw her named BBC Sports Personality of the Year 2021 and sparked a flurry of endorsement deals.

She was dripping in £40,000 worth of Tiffany jewellery when she stormed into the second round of the Australian Open last month having signed an estimated £2 million deal with the luxury jeweller in September.

She is also a global brand ambassador for British Airways, and Evian and recently signed a lucrative deal with Dior.

She could now be worth £6million according to experts.

Last week she appeared to poke fun at her critics in a 20 second advert for Nike which showed her hitting balls as the words ‘distracted’, ‘perfect’, ‘fluke’ and ‘one-hit wonder’ flashed up on screen. 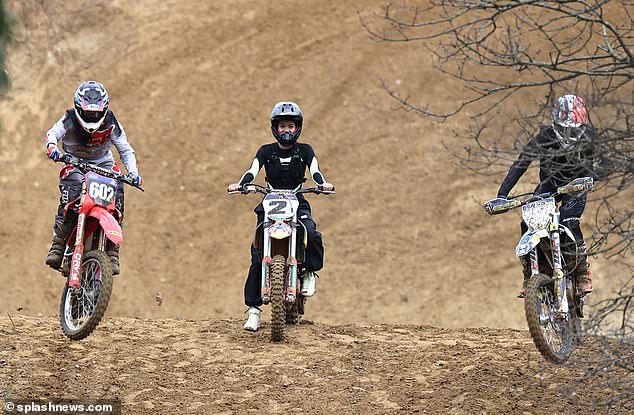 Revving up: Emma Raducanu flanked by two other riders at Canada Heights in Kent