The blonde VIP hostesses were announced as two of the new crop of sexy singletons looking for love on the ITV2 show on Monday night, ahead of the debut winter series launch on Sunday.

In pictures from 2015 exclusively obtained by MailOnline, Eve and Jess, 20, looked a far cry from their promo shots, while a former school pal reveals the ‘smart and fashionable’ pair were always destined for a TV career. 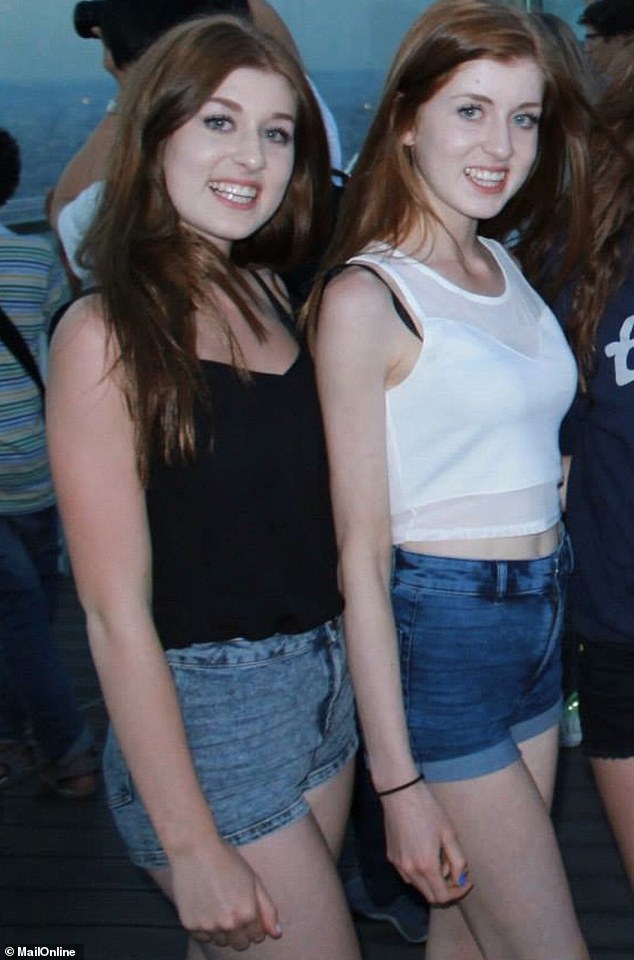 A source revealed: ‘Eve and Jess were outgoing and confident at school, as well as popular.

‘They were always together and supported each other, which was really sweet to see.

‘At school they were smart and achieved good grades – but they always loved fashion so it’s not surprising they have a lot of Instagram followers and are going on Love Island.

‘They were always up for a laugh and people liked them, they will definitely do well in the villa.’

Eve and Jess attended Cottenham Village College in Cambridge, but have since moved to London where they work as waitresses at Chelsea nightclub Embargo Republica. 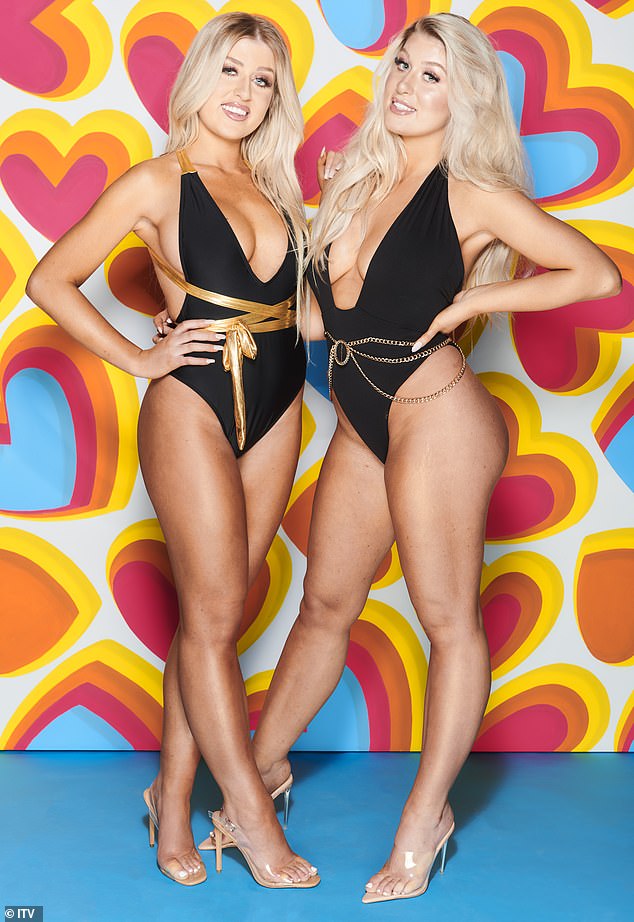 New look: The blonde VIP hostesses, 20, were announced as two of the new crop of sexy singletons looking for love on the ITV2 show on Monday night 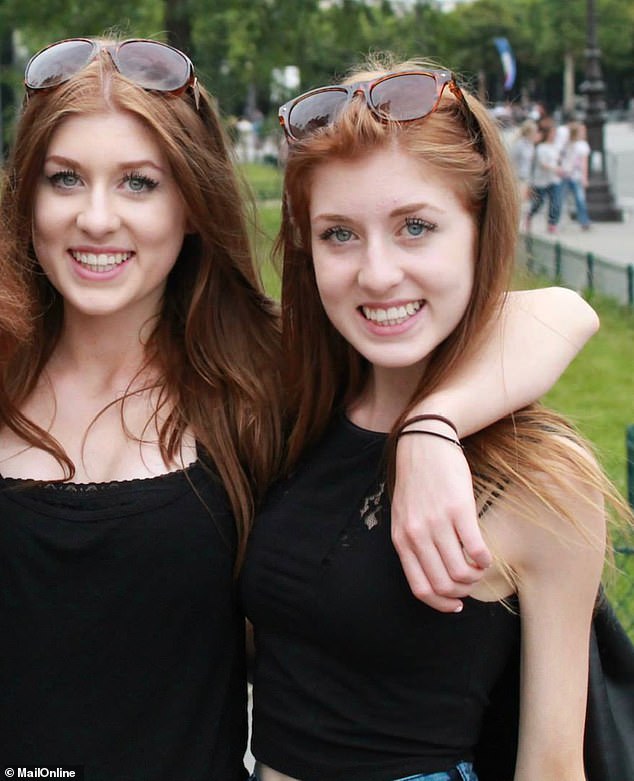 Family: In an old photo, the Love Island sisters wore matching black tops and sunglasses – as a former school pal said they were always supportive of each other 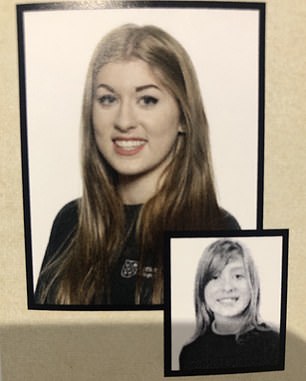 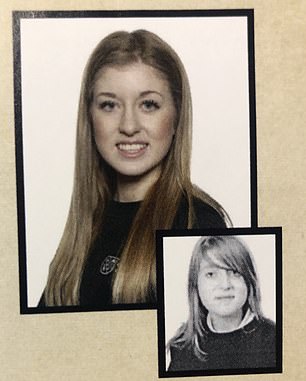 Way back: Eve (left) and Jess (right) beamed for their school yea book photos, which showed a black and white picture of the twins in year 7

The pair, who agree their celebrity crush is boxer Anthony Joshua, are the first ever female twins to appear on the dating series.

But the sisters promise they will never ‘argue over a boy’ even though potential suitors often pursue both of them at the same time.

Jess said: ‘Boys often say, “Right, I fancy you both, which one of you wants me?”

‘Some boys will be messaging me and Jessica at the same time, I don’t think they think we talk!

‘But we’ve got so much respect for each other, we’re not going to argue over a boy.’ 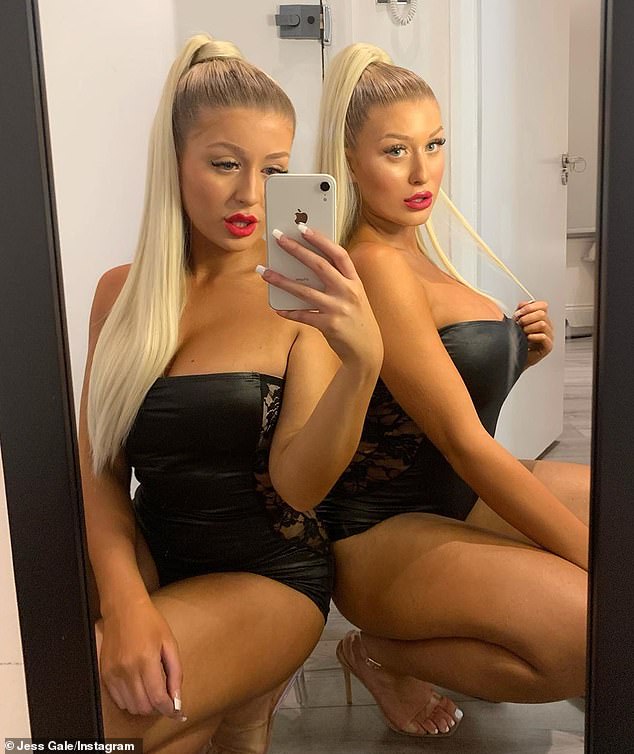 Up to date: In an image uploaded to Jess’ Instagram page, the girls can be seen wearing fake tan, false nails and seductive outfits 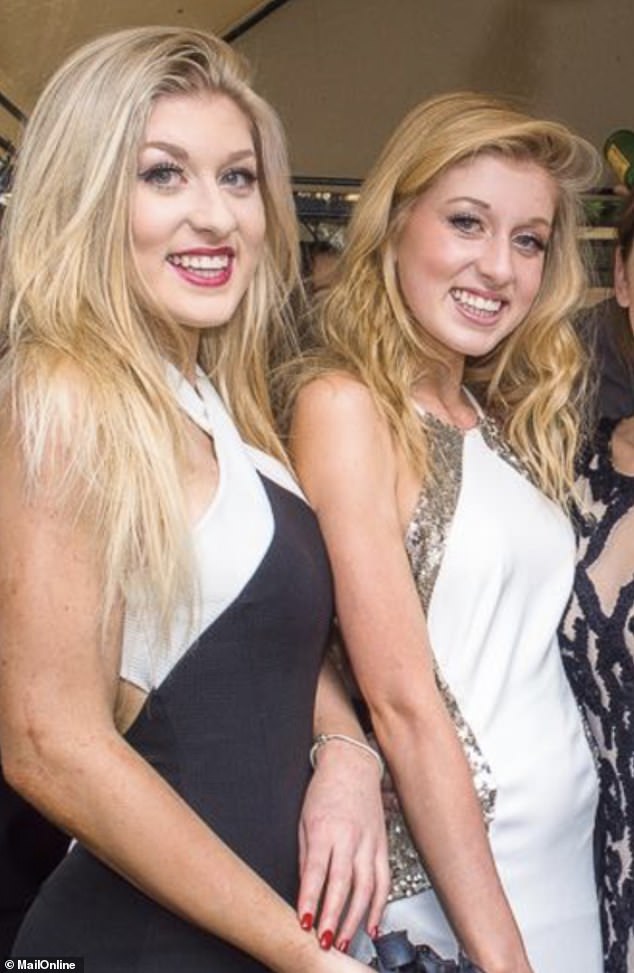 TV career: As the sisters matured, they started to experiment with hair dye and makeup and were pictured as teens with blonde hair and lighter eyebrows

Laura Whitmore, 34, has flown to Cape Town in South Africa, where the winter show is being filmed at a brand new luxury villa.

Former host Caroline Flack, 40, gave close pal Laura her ‘blessing’ to take over as presenter after she was forced to step down from the role.

Caroline was arrested and charged for assaulting her boyfriend Lewis Burton, 27, after allegedly throwing a lamp at him while he was asleep.

She is currently in Los Angeles ‘to escape the drama’ while awaiting trial on March 4. 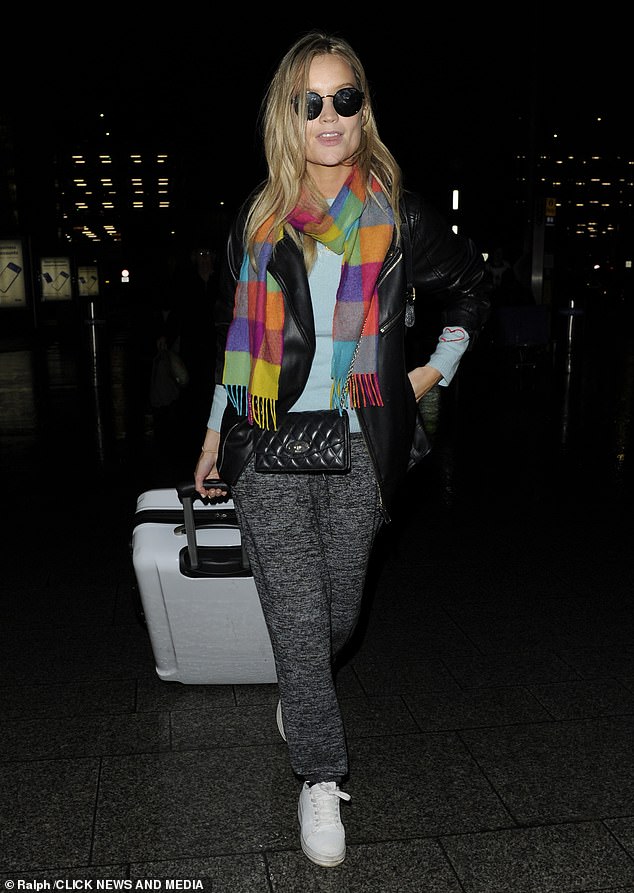 Heading off: New host Laura Whitmore was pictured flying out to Cape Town in South Africa in Tuesday ahead of the series launch on Sunday