She’s one of a number of eminent former Labour functionaries taking legal action against the party, reputedly causing it to burn through more cash defending itself than it spends on political campaigning.

But that battle hasn’t distracted Emilie Oldknow, formerly Labour’s director of governance, from taking decisive action on another front.

She has, I hear, separated from her husband, Labour MP and Work and Pensions frontbencher Jonathan Ashworth.

The couple, who married in 2010, with former prime minister Gordon Brown among the wedding guests, decline to comment, but a Westminster mole tells me that their estrangement is the talk of the tea rooms. 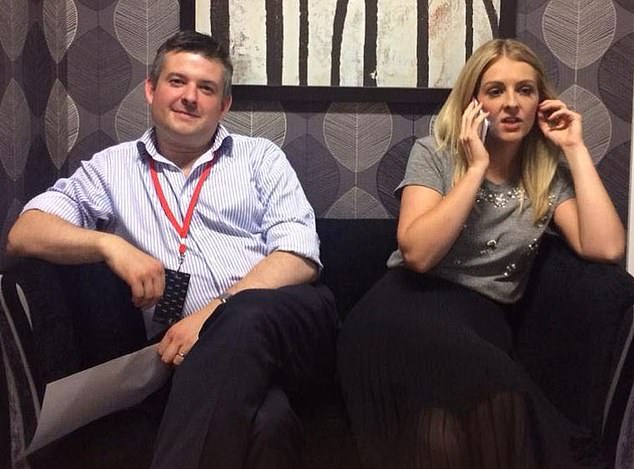 The Labour power couple married in 2010, with former prime minister Gordon Brown among the wedding guests 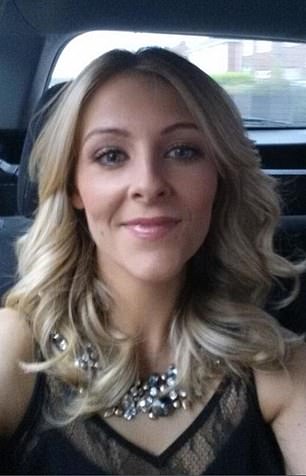 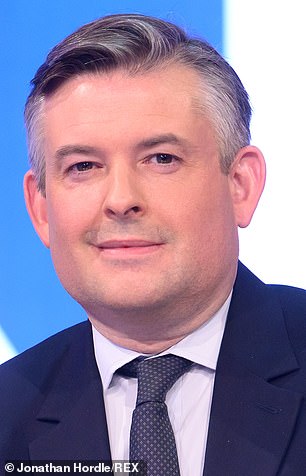 Ashworth, right, appears to acknowledge as much on social media, describing himself as the MP for Leicester South and as ‘proud dad to Gracie and Annie’, but leaving his wife, left, unmentioned

Ashworth, 43, appears to acknowledge as much on social media, describing himself as the MP for Leicester South and as ‘proud dad to Gracie and Annie’, but leaving his wife unmentioned.

‘Emilie is a big player in the Labour movement,’ a source says. ‘It will mean torn loyalties for a lot of people.’

Perhaps this will allow Oldknow, who left Labour to become assistant general secretary of trade union Unison, more time to concentrate on her protracted legal fight to force the party to reveal who leaked an internal report into its handling of anti-Semitism allegations.

Last year, Oldknow was granted permission to take her case to the Court of Appeal. She hopes it will rule that the identity of the leaker must be revealed, after which she intends to bring claims for defamation and misuse of private information.

Although he’s been married for 13 years, TV star Romesh Ranganathan says he still worries about being given the brush-off by his wife, Leesa. ‘The maddest thing is I still experience rejection in my marriage,’ admits the comedian, 44.

‘I’m not talking about sexual rejection — that is something I don’t even ask now — but I’m talking about going out for lunch. You know, like date rejection.

‘I sort of get nervous about, if I’ve got a lunchtime free, just saying to Leesa, ‘Erm, I was wondering if maybe you’d like to go out with me?”

Can you keep up with Princess Anne? Last year, she was named as the hardest-working royal, and now she’s seeking a £32,000-a-year programme manager to run her busy schedule. 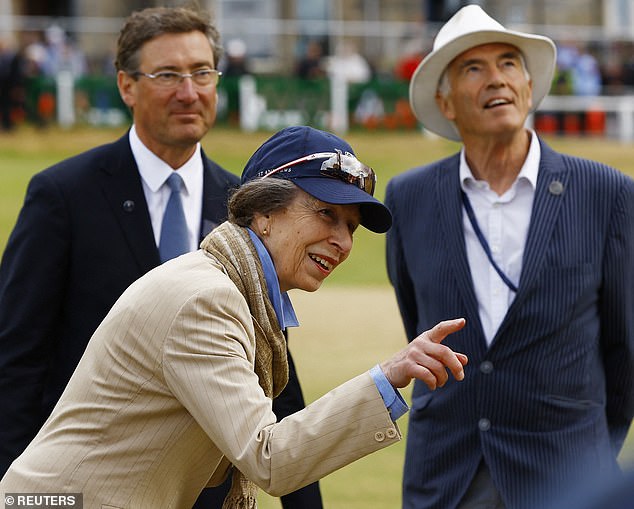 Applicants for the role must ‘prioritise a varied and busy workload, often managing multiple engagements in a day’

The Queen’s 71-year-old daughter, who carried out 387 official engagements in 2021 — two more than her brother Prince Charles — placed an advert on the royal website warning that applicants must ‘prioritise a varied and busy workload, often managing multiple engagements in a day’.

It said her office ‘consists of a small, flexible and busy team responsible for the management of the Princess Royal’s official programme’. The ad explains: ‘You will provide full programme and administrative support, with specific responsibility for the arrangement of Her Royal Highness’s UK and overseas engagements.

‘You will also undertake recces ahead of visits, mostly in the UK but occasionally overseas, and create supporting court circulars.’

His client list ranges from the Duchess of Cornwall to Hollywood stars such as Demi Moore (far right), but milliner Philip Treacy fears being forced to leave his shop near Buckingham Palace.

The hatmaker, 55, has been based in the same premises in Belgravia for 28 years, but says he’s under threat from rent increases which mean only big chain stores can afford to stay in the area.

He says his shop adds ‘a flavour to the street, and now we are potentially being pushed out’.

Staying at Birkhall, Prince Charles’s home in Aberdeenshire, is like visiting a zoo, according to conservationist David Mills, who was invited there with his actress girlfriend, Dame Judi Dench.

‘The Prince has a particular penchant for red squirrels,’ explains Mills, 78, who runs a wildlife centre in Surrey.

‘I have seen him encourage them into his study with nuts, where they would run up the curtains.’ Pity the poor soul who has to clean up afterwards…

She survived the controversy that followed her refusal to denounce Vladimir Putin, but Russian opera superstar Anna Netrebko faces worse criticism for blacking up to perform the title role in Aida. 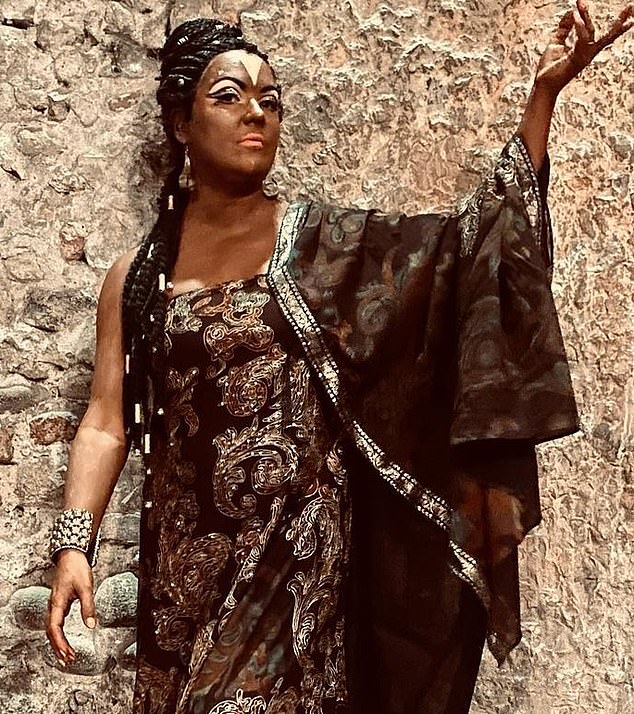 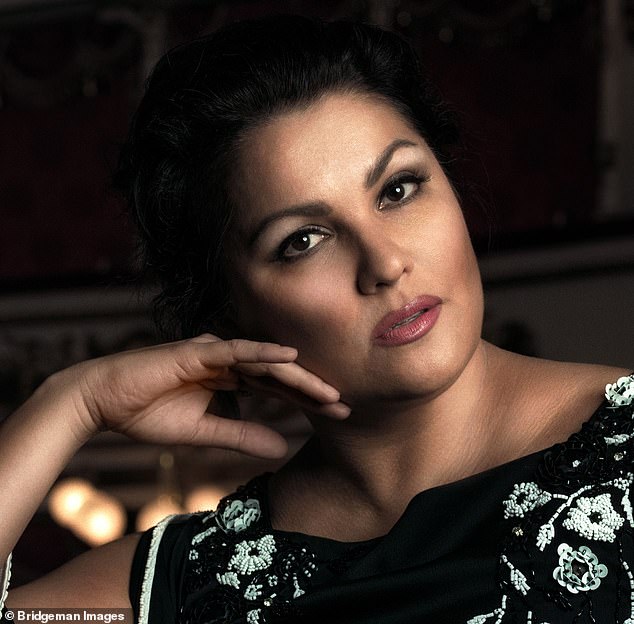 The soprano, 50, is playing the Ethiopian princess in Verona, Italy.

‘Netrebko’s use of blackface is deeply painful to the black community,’ says a fellow soprano.

‘If we claim to be moving forward as an industry, we must denounce the behaviour.’

American soprano Tamara Wilson criticised the blackface she had to wear to perform the same role in Verona in 2019. She did not sing in the third performance and was instead replaced by Maria Jose Siri, who did black up.

House of Commons Speaker Sir Lindsay Hoyle has many attributes, but being a woman is not among them. However, this was lost on Tony Blair’s office when he was prime minister.

‘I was a Blair Babe,’ the Labour MP says.

‘I was a Babe because I am Lindsay. I had this great request. They said, ‘Would you like to come to the Women’s Group?’ I was like, ‘OK.’

‘They said, ‘Would you like to send a photograph as we are doing a book for all the newly elected women MPs?’ I sent a photo and I didn’t hear anything else.’

From schmoozing in the Royal Box at Wimbledon to rocking out to the Rolling Stones in Hyde Park, Tom Cruise has been making his presence known in London this summer.

The latest stop on the 60-year-old star’s tour of the capital was Scott’s seafood restaurant in Mayfair, where he dined with Donna Langley, 53 (far left), chair of Universal Pictures, who is the first British woman to run a major Hollywood studio.

They were celebrating her damehood, which she collected from Prince Charles at Windsor Castle this week.