Duane “Dog the Bounty Hunter” Chapman admitted he contemplated suicide shortly after the death of his wife, Beth Chapman, during the season finale of Dog’s Most Wanted, which aired on Wednesday, November 6.

The 66-year-old reality TV star got candid about the emotional struggles he faced in the aftermath of her passing.“I’ve only been alone as I showered and I had to run out without a towel because I can’t be alone right now,” he said. “That’s when I start thinking about things. And I lay down to take a nap, and I reached over to touch something, and it was the freaking dog. I don’t realize yet psychologically that she’s gone and I’ll never, ever see her. I don’t realize that.”

Dog also explained that he found it difficult to imagine life without his wife by his side and considered suicide. However, he wondered if Beth would approve of the decision. 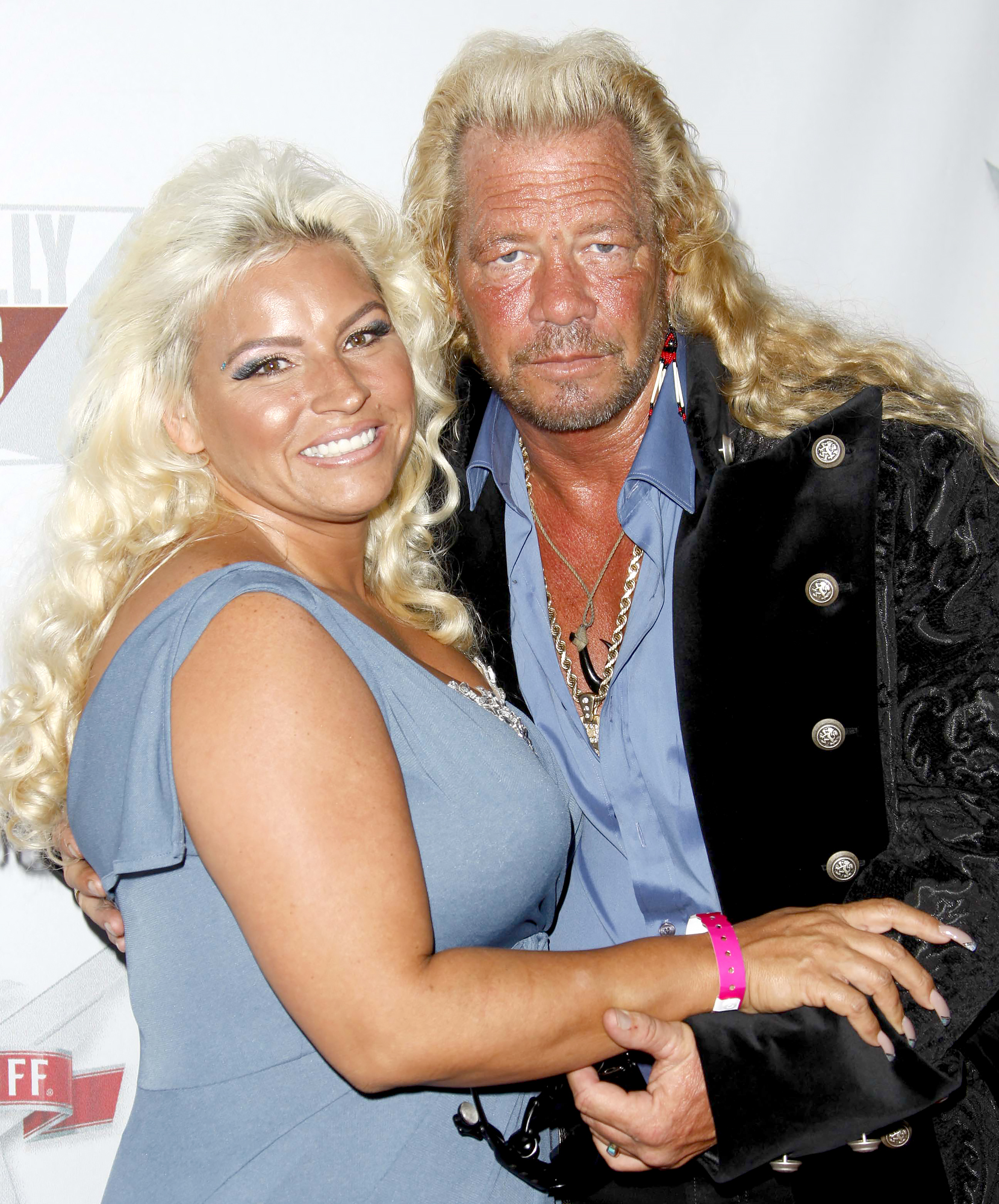 “I just hope that I don’t live very much longer without her, because now she made the first step, she’s through the gate,” he said. “She paved a way for me. I want to take a goddamn pain pill so bad. I feel like if I did something to myself right now and passed away suicidal and I got to heaven and was like, ‘Hi honey,’ and would she go, ‘You d–k a– why would you do that?’ Or, would she go, ‘Wow, you’re here.’ I’ll be like ‘Of course I’m here. You left me. I’m here.’ So, am I obligated to do that?”

Us Weekly confirmed that Beth died after a nearly two-year battle with throat and lung cancer on June 26. She was 51 years old. Later that day, Dog announced the news of her death on Twitter. “It’s 5:32 in Hawaii, this is the time she would wake up to go hike Koko Head mountain. Only today, she hiked the stairway to heaven. We all love you, Beth. See you on the other side,” the bounty hunter wrote.

Dog encountered his own health issues when he was diagnosed with a pulmonary embolism after he was hospitalized for a heart emergency in September. He explained how the symptoms of the condition terrified him during an episode of The Dr. Oz Show later that month.

Beth and Dog got married in 2006 and have 13 children between them.

In August, Dog exclusively told Us that he could never marry again after Beth’s death. “There will never be another Mrs. Dog,” he told Us. “We both said, ‘If I die, you can have a man. 10 [men], I don’t care. But don’t marry one.’ … And she said, ‘Don’t take my name off your chest, Dog. Do not get married.’ … Don’t worry, I will not get married. I still put the pillows in the middle of the bed. This morning I thought she was still there.”

Although marriage isn’t in his future, Dog is open to dating. “I have to have the companionship,” he said. “I don’t do single s–t.”

If you or someone you know is in emotional distress or considering suicide, call the National Suicide Prevention Lifeline at 1-800-273-TALK (8255).