He’s one of the most accomplished figures in music.

But Diddy threw himself into his favorite role of father as he enjoyed some time with his family at the Dolce & Gabbana Alta Moda show in Venice on Friday.

The 51-year-old rapper and his loved ones were all seen cutting very stylish figures as they made their way through the streets of the getaway hotspot after attending one of the weekend-long function’s showcases. 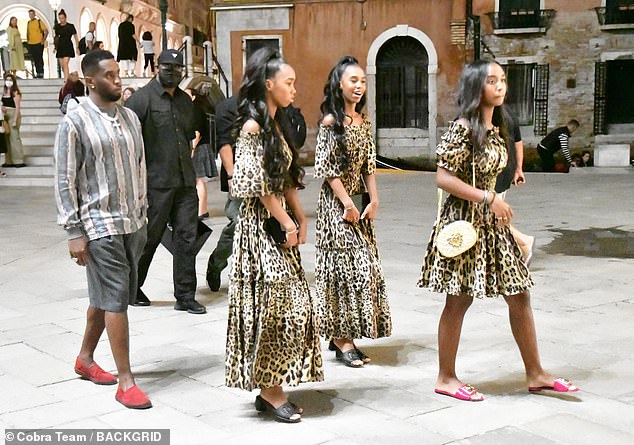 Taking a stroll: Diddy was seen taking a walk with several of his loved ones after attending an event during the ongoing Dolce & Gabbana Alta Moda show in Venice on Friday

The fashion-forward entertainment industry mogul was also seen having a conversation with his family as they spent time inside one of the city’s boutiques.

Diddy was seen wearing a dual-toned striped long-sleeve shirt during his time with his family.

The rapper, born Sean Combs, also rocked a pair of flat gray shorts as he made his way along the Venetian walkways.

The entrepreneur added a little bit of bright color to his clothing ensemble with a set of red slip-on shoes. 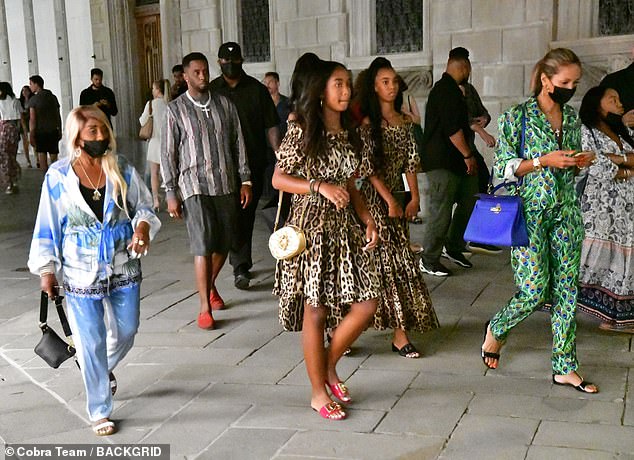 Dressed to the nines: The rapper sported a dual-tone striped sweater as he made his way along the Venetian walkways 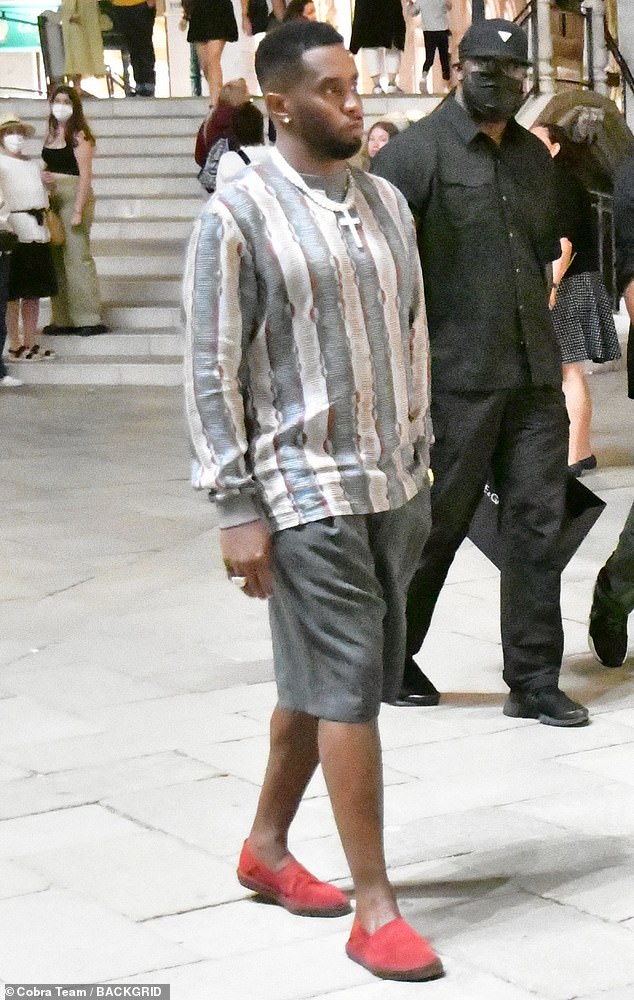 Taking it easy: The entertainment industry mogul also wore a pair of gray shorts and a contrasting set of red slip-on shoes during the event

The rapper’s children also styled their hair in the same manner and carried matching purses on the trip.

His oldest daughter, Chance, opted for a leopard-print dress and a pair of pink sandals.

The performer’s mother, Janice, stood out in a multicolored hoodie and a set of sweat pants that complimented her top, and her bright blonde hair provided an element of brightness to her ensemble. 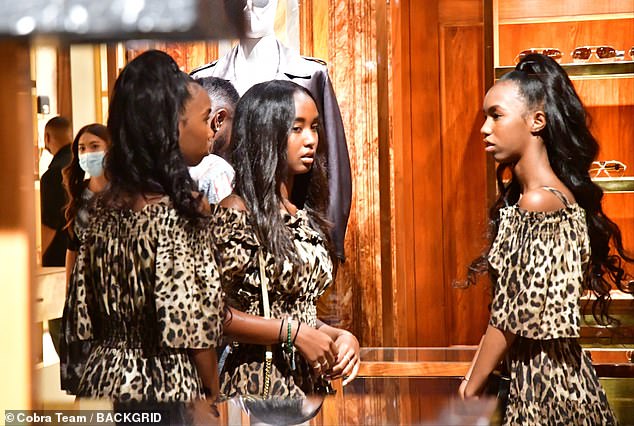 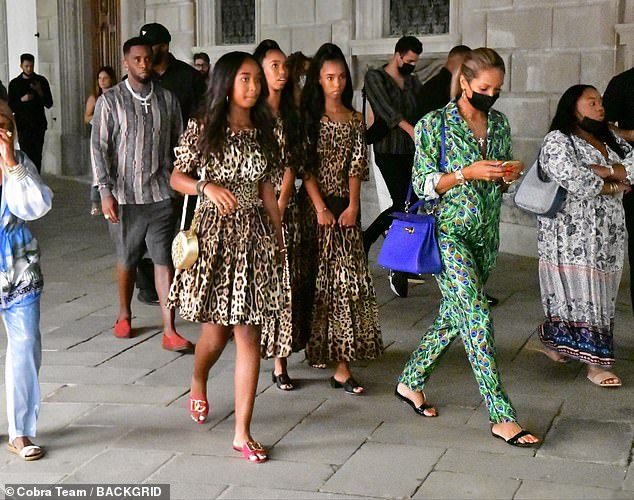 Shining bright: Diddy added various elements of shine to his outfit with several articles of jewelry

Diddy is a father to a total of six children, and he welcomed his oldest son, Justin, in 1993 with his former partner, Misa Hylton.

He later began an on-again-off-again relationship with Kimberly Porter, which came to an end in 2007.

The former couple welcomed a son named Christian, as well as Jessie and D’Lila during their time together. 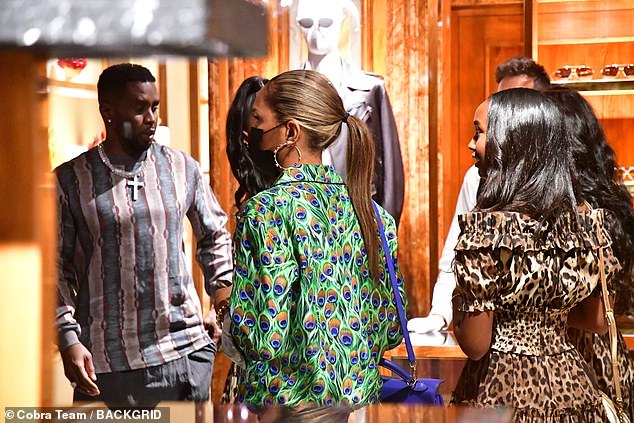 Blended family: The Grammy-winning hitmaker is a father to a total of six children from various former partners 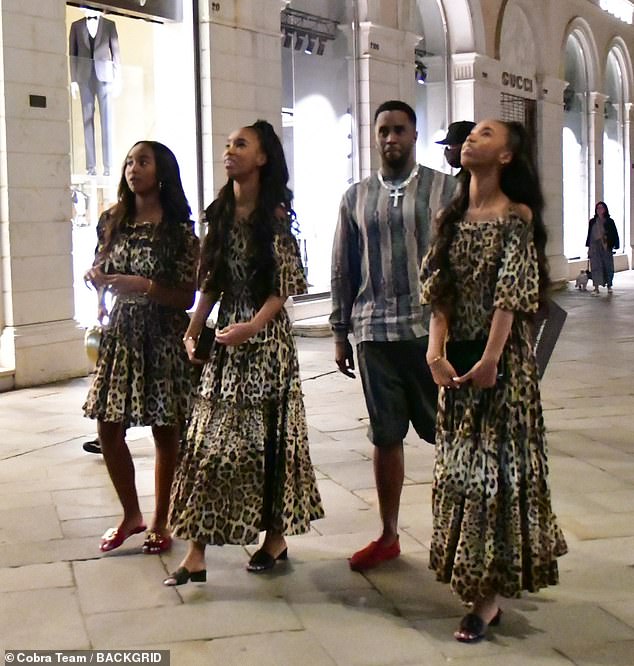 Staying strong: The performer welcomed several of his children with his former partner, Kim Porter, with whom he had an on-again-off-again relationship

The rapper also served as a stepfather for Quincy Brown, Porter’s older child and son of producer Al B. Sure!

He also welcomed Chance, whom he shares with Sarah Chapman, shortly before the birth of his twin daughters.

Porter notably passed away in 2018 following a battle with pneumonia, and Diddy publicly mourned the loss of his former partner during an interview with Essence, where he also spoke about spending more time with his children. 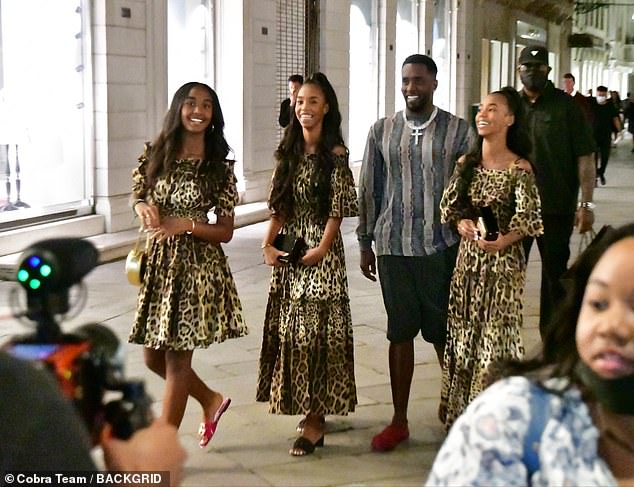 Adding another: Diddy also served as a stepfather to Porter’s older son Quincy, whom she shared with Al B. Sure! 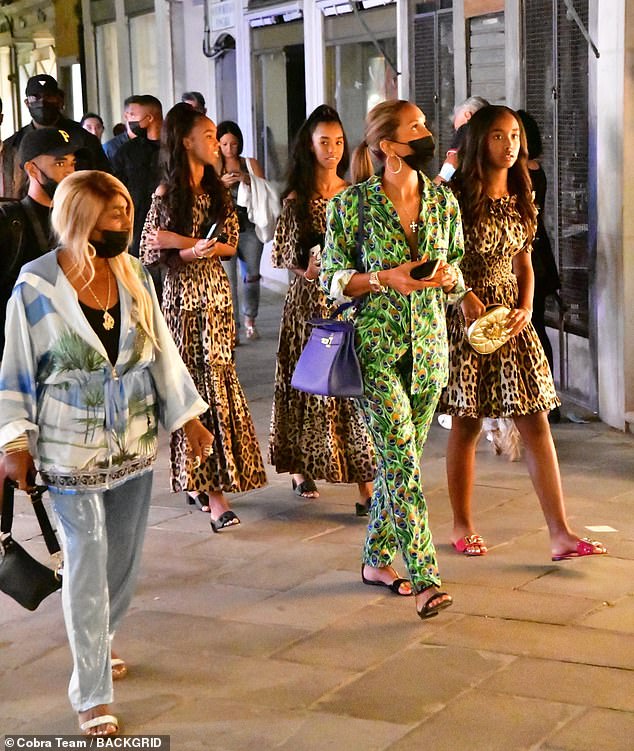 Things change: Porter passed away in 2018 following a battle with pneumonia, and Diddy began prioritizing time with his children following her death

During the sit-down, the rapper expressed that, although he had previously placed much of his time and energy into his career, he has found himself to be much more satisfied with being a father.

‘I’m just a lot more present, and, most important, now my kids come before anything else in my life,’ he noted.

The performer also told the media outlet that he was happy about his home life and grateful for the support of his loved ones.

‘It really made me proud that even though I didn’t get married, Kim and I, along with the other mothers of my children, raised a great family,’ he said. 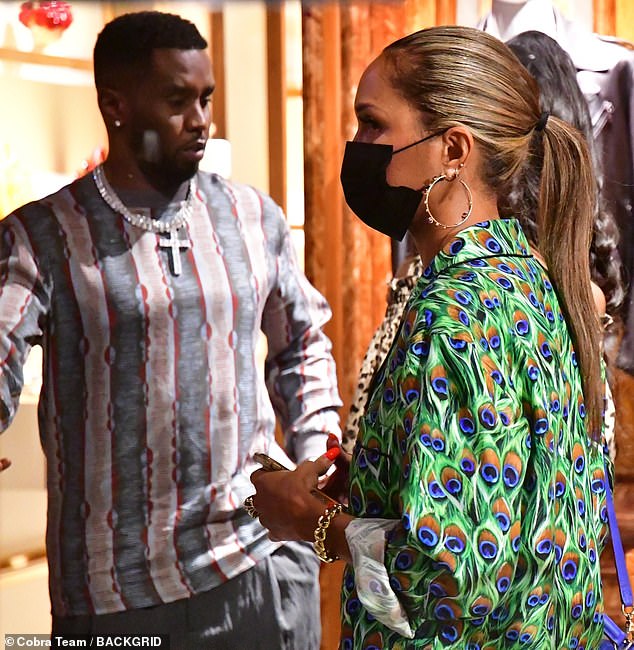 Becoming involved: During an interview with Essence, the performer expressed that he had become ‘a lot more present’ with his children