‘I was way too skinny’: Debra Messing admits feeling pressure to drop from a size 8 to a size 2 on Will & Grace

Debra Messing has admitted that she was ‘way too skinny’ when she played the role of Grace Adler on the groundbreaking ’90s sitcom Will & Grace.

The 51-year-old star reveals in a candid new interview that she felt pressure to lose weight – eventually dropping from a size 8 to a size 2 – as none of the clothes provided to her by wardrobe would fit.

After taking on more exercise and cutting down her meal intake, she began to lose weight and said she felt she was ‘making people happy’ by doing it, hinting that she felt pressure to slim down. 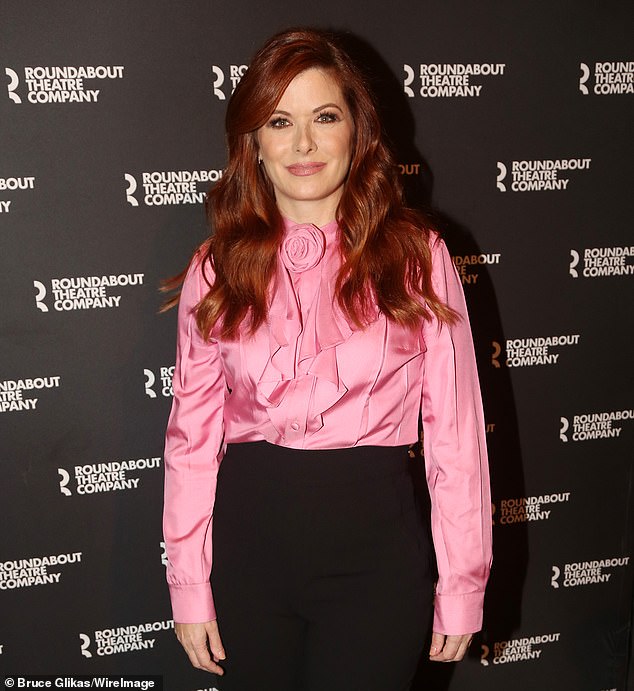 Speaking out: Debra Messing, 51, pictured above in March this year, has said she was ‘way too skinny’ while on her hit ’90s sitcom Will & Grace

‘When I started Will & Grace I was a size 8 and what happened was, every time I would go in for a fitting, I couldn’t fit into clothes,’ she began to explain, during an interview on Jameela Jamil’s I Weigh podcast.

‘Eighty percent of it I couldn’t fit into and I would just leave hating my body and hating myself. I loved my costume designer, she would always say, ‘Don’t worry,’ and she would talk to her assistant and say, ‘OK, can you call over and get a larger size?’ And that was sort of the thing that was always on repeat all the time,’ she recalled.

She continued: ‘So of course, I thought, ‘My life would be so much easier, and it would be easier on everybody trying to do their job, if I just lost weight. So I started doing yoga every single day and I did one of those meal delivery services. I started to get smaller and then I was a 6, and they were like, ‘You’re losing weight, you look amazing!” 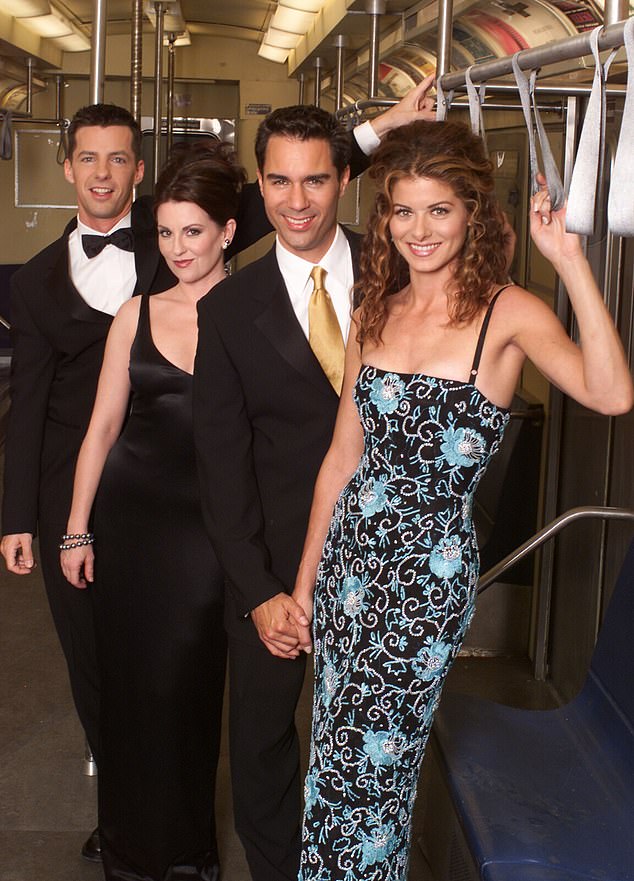 Shrinking: The actress says she went from a size 8 to a size 2 after feeling pressure to be slim 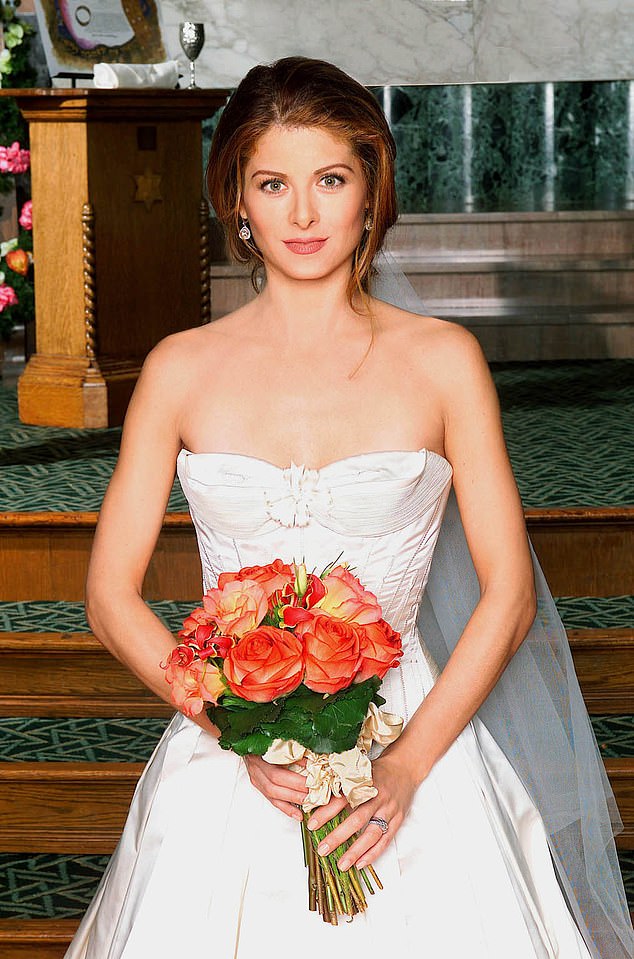 Under pressure: The actress says she got special meal plans and did yoga in order to slim down while in the role of Grace on the show

Debra added that she felt she was hearing the message that ‘as a woman was, ‘Oh, this is making them happy, so I should do more of it.”

The star then explained how her TV peers – particularly All McBeal stars Calista Flockhart and Portia de Rossi – made her compare herself to the ultra-thin actresses.

She explained: ‘Then I was lucky enough to be invited on the red carpet to the Emmys and the Golden Globes, and that was the same time that Ally McBeal was at ‘its height and Calista [Flockhart] was the ‘It’ girl and Portia de Rossi also was so so slim, and she’s spoken openly about her anorexia, so it’s all within sort of the same theme.’ 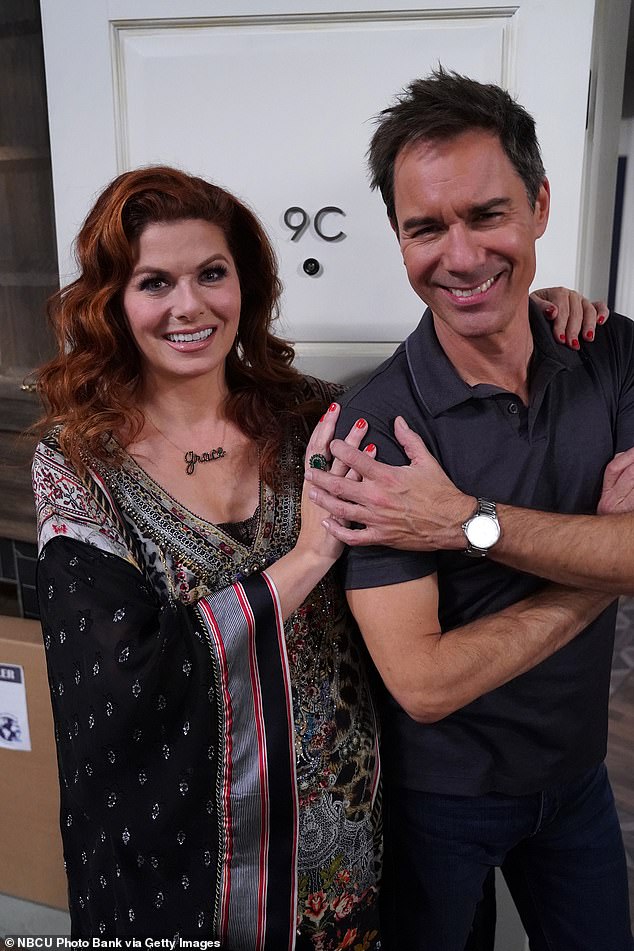 Healthy: Debra as Grace on a recent episode of the show that was aired earlier this year

‘I would try to fit into these gowns and of course they weren’t sample sizes and it was like, ‘OK, we have to let out the seams, etc.’ This was supposed to be the greatest time of my life, being nominated for Best Actress in a TV show I loved for an Emmy and walking on the red carpet.’

‘I walked out and I immediately felt so incredible, and then I was standing next to all of these other actresses who were half my size, and I felt fat, and I felt ugly. I look back at those pictures and I was beautiful!’

She continued: ‘I mourn the fact that that was my interpretation of reality and that was the torture that I put myself through. I was way too skinny… but, you know, going in for those fittings, I fit into everything. And all of a sudden, I literally could fit into anything that was high fashion. So all of a sudden, everything seemed to open up for me, because I was a 2.’ 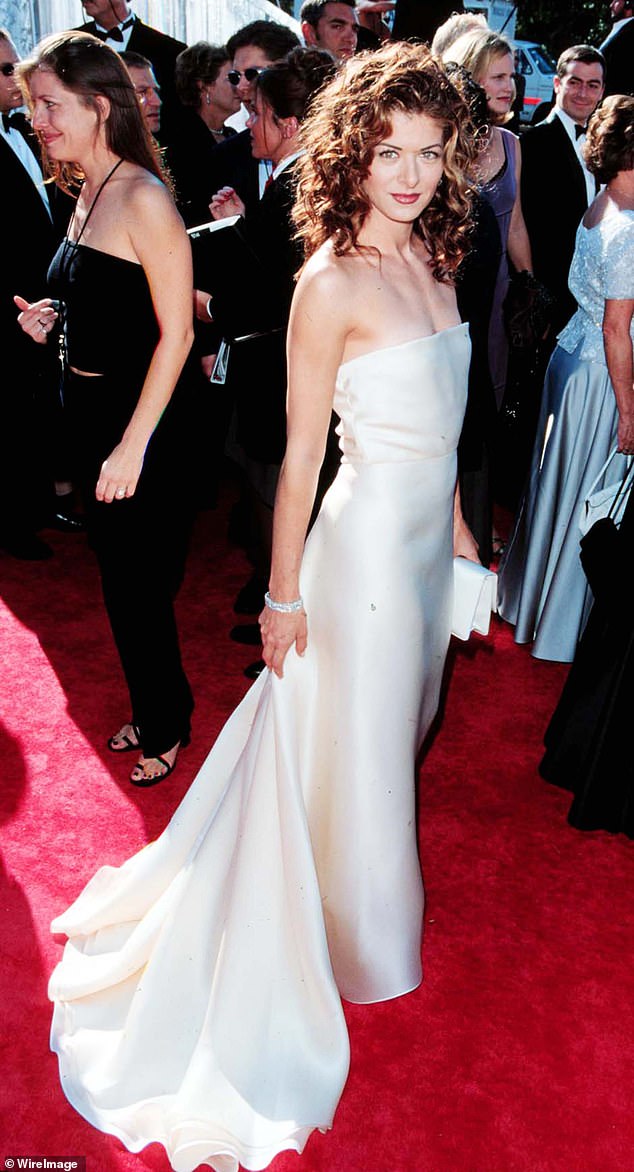 Sad: Debra said she felt ‘fat and ugly’ at her first Emmys (pictured above) which she now regrets