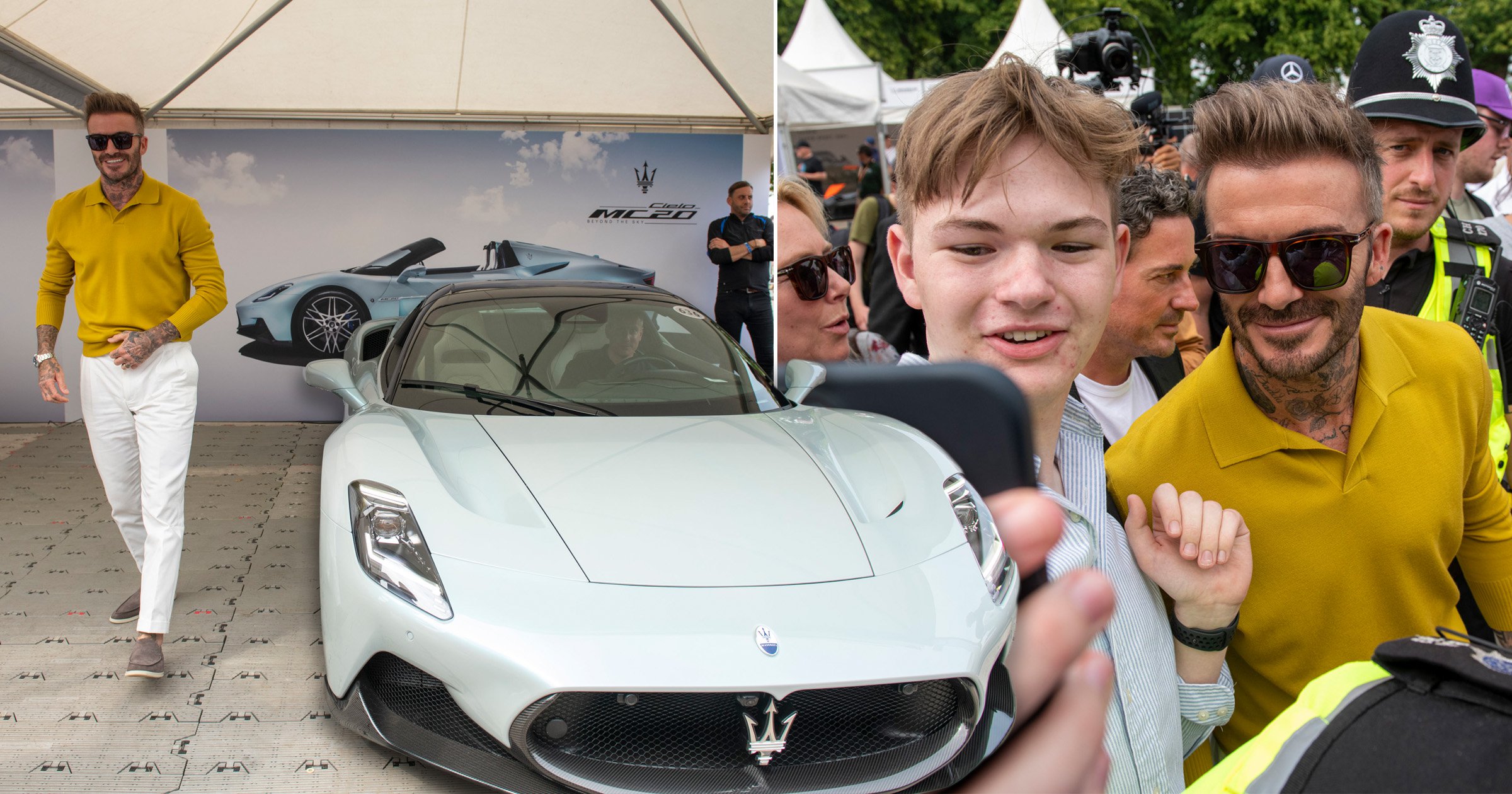 David Beckham wasn’t exactly short of attention when he arrived at the Goodwood Festival of Speed earlier today, with the former footballer being swamped by hordes of fans.

The ex-England captain popped up at Goodwood House in west Sussex for the annual event on Thursday, to celebrate historic motor racing vehicles and landmark innovations from past, present and future, with the theme highlighting the event’s increasing focus on technology.

Looking like he’d come straight out of a James Bond movie, the 47-year-old sports star rocked a dapper outfit with a yellow jumper, crisp white trousers and grey loafers with a pair of shades as he walked beside a white Maserati.

He was then seen hopping in and out of various luxury sports cars and looked as though he were a kid in a sweet shop, sampling all the treats.

However, David was still a man of the people as he happily posed for selfies with young fans with a smile on his face while being swamped by the crowds. At one point, it looked as though even a police officer couldn’t resist getting a look-in while standing behind the star.

David has been enjoying quite the jet set lifestyle in recent weeks, as he just returned from a trip to Singapore.

The work event meant he was torn apart from his family on Father’s Day but wife Victoria Beckham and their children made sure he felt the love last Sunday, sending him gifts and photos to put up in his hotel room.

‘Sometimes work can take you away on special occasions but thank you mummy and kiddies for making this day special for me ❤️❤️❤️❤️❤️ love u all,’ David captioned an Instagram video of his surprise.

However, he was able to spend some quality time with his youngest child, daughter Harper, 10, recently as the two enjoyed the cutest daddy-daughter holiday to Venice. The pair looked like they had an absolute blast attending a high-end fashion event and riding gondolas together.

David has a busy workload coming up as it was revealed this week that his production company, Studio 99, is working on a series about the rise of football’s Premier League billionaires for Paramount+, which debuted in the UK this week.