David Beckham enjoyed a lads’ night out at Oswald’s club in London on Thursday night as he celebrated his best friend Dave Gardner’s birthday.

The sportsman was, 45, suited and booted for the night out alongside a dapper looking David Walliams, 49, and comedian Jack Whitehall, 32.

Oswald’s is a member’s club for both men and women, which has a huge focus on wine and the group were pictured leaving around 11.30pm. 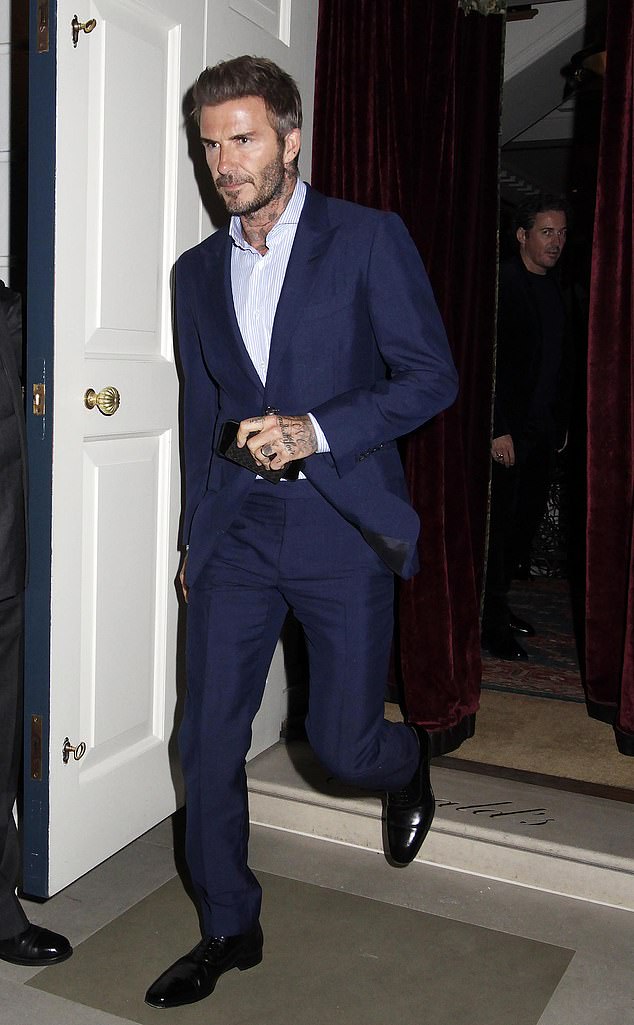 Goldenballs: David Beckham enjoyed a lads’ night out as he celebrated Dave Gardner’s birthday at Oswald’s Club in London on Thursday night

Once inside, Dave shared a picture of the men sitting around a table, drinking tea and eating grapes on Instagram.

He also posted a gallery of birthday messages he had received from his celebrity friends.

Joined by CJ Jones, Damian Mould and Philip Rebeiz, the men obeyed the rule of six as they caught up with one another, with Walliams seated on another table. 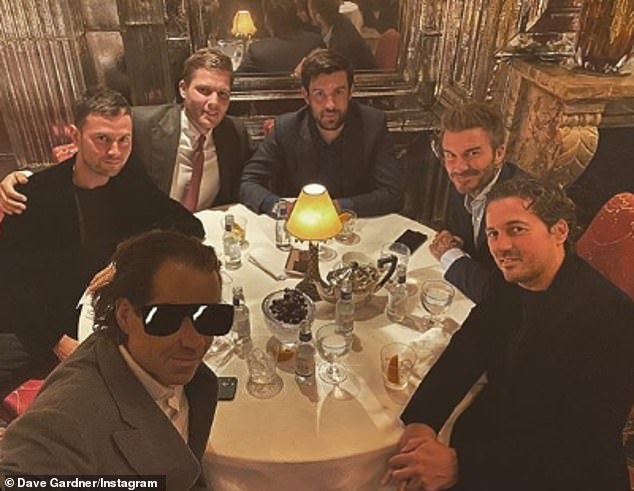 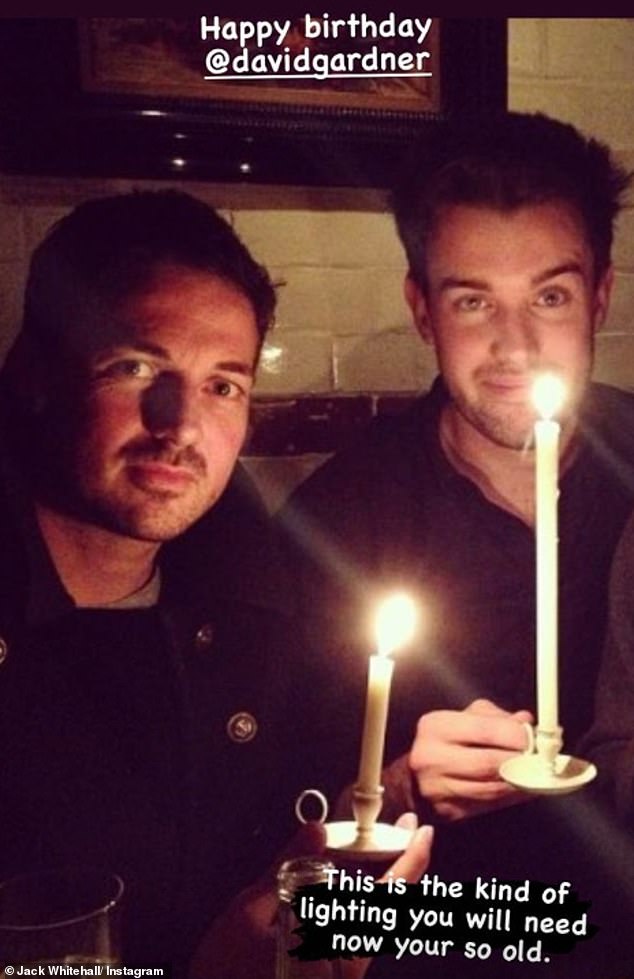 What a comic: Jack posted a picture of himself and Dave holding candles to improve their lighting on Stories

Beckham looked as though he had stepped straight out of the pages of a fashion magazine as he left the venue wearing a sharp blue suit worn over a lighter shirt.

Walliams opted for a grey number, while Whitehall mimicked David’s style in blue.

Smart: Beckham looked as though he had stepped straight out of the pages of a fashion magazine as he left the venue wearing a sharp blue suit worn over a lighter shirt 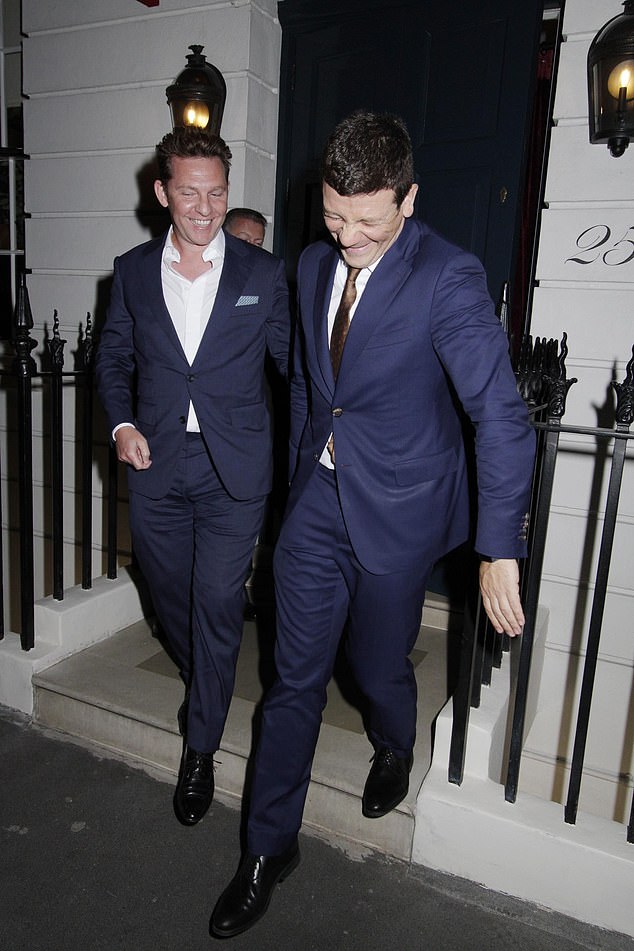 Jack shared a picture of himself and Dave holding candles on Instagram Stories, writing: ‘This is the kind of lighting you will need now that you are old.’

Gardner started his career in the Manchester United youth team when he was aged 14 and has been friends with Beckham for many years.

He is currently engaged to actress Liv Tyler and the couple are parents to Sailor Gene, five, and Lula, four.

Dave is also dad to son Grey, 13, from his marriage to Davinia Taylor, whom he split from in 2010 and Liv has son Milo, 15, whom she had with rocker Royston Langdon. 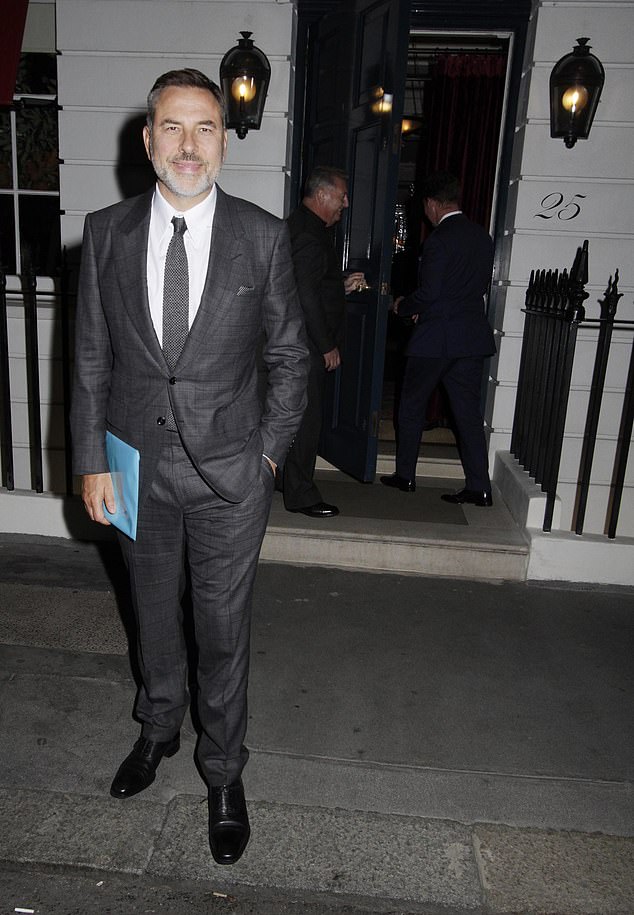 Pals: Walliams did not sit at the same table as the lads inside the venue but celebrated with them all the same