How To Crack The Class Ceiling

Knees together, ankles crossed to one side, back as stiff as a ramrod . . . Amol Rajan is learning to sit nicely, like the Princess of Wales.

The Beeb’s star interviewer was visiting Cumberland School in Newham, East London, where pupils applying for sixth-form places at public schools, via its Prestigious Colleges programme, are taught deportment.

How To Crack The Class Ceiling (BBC2) also saw him learning to walk with a book balanced on his head. I thought that nonsense was abandoned in 1958, when aristocratic young women ceased to be presented to the Queen at court.

But according to Amol, you can’t be posh until you’ve done a lap of Buckingham Palace with a first edition of Vanity Fair on your bonce. Don’t ask me if this is true — I never went to finishing school. 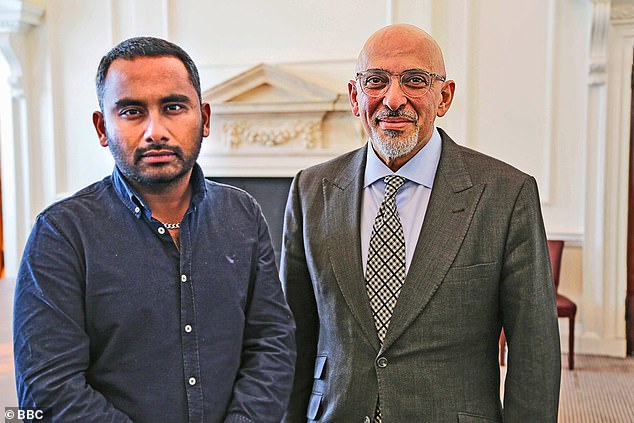 Anol Rajan and Nadhim Zahawi in How To Creak The Class Ceiling: This two-part documentary looks at the obstacles young people from working-class backgrounds face

This two-part documentary looks at the obstacles young people from working-class backgrounds face when they try to break into professions such as banking and law.

‘Is it time to change the way we fill our top jobs?’ asked Amol, talking to experts who believed that regional accents hold back aspirants who drop their aitches.

His definition of a posh accent was R.P. or received pronunciation — apparently unaware that this firm, clear way of speaking was once considered classless.

According to lexicographer Frank Vizetelly, it took hold after World War I, spreading through London and then — thanks to radio and the BBC — across the country.

R.P. replaced the ‘debased, effete and inaudible speech’ of the Victorian toffs. It became universal, because people in every part of Britain could easily understand it.

TRIP HAZARD OF THE NIGHT

Conker the collie was constantly underfoot as Jamie Oliver demonstrated more one-pan recipes on his Easy Christmas (C4). As long as his master was cooking, the dog was stretched out on the floor. Get him a basket for Christmas, Jamie. 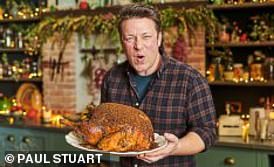 As I wrote in yesterday’s Mail, 17.5 per cent of the broadcaster’s senior employees are privately educated.

Earlier this year, the BBC announced that by 2028 a quarter of its workforce will be from ‘a lower socio-economic group’.

Even if that target is achieved, it will be a long way short of fair representation: according to government data, 49 per cent of Britain’s population consider themselves working class.

Instead of admitting this, Amol talked to a lad called Adnan who worried he was betraying his roots by modifying his accent.

Offered a job interview, he was horrified to hear himself reply, ‘I would be delighted’ — a word he’d never used in his life before.

A previous generation of young working-class men didn’t bother trying to change the way they spoke.

In the 1960s, they just took the Michael Caine approach: when the way was barred, they blew the bloody doors off.

However else players are judging each other on The Traitors (BBC1), the reality show in which contestants have to identify the turncoats in their midst, they don’t care about accents. 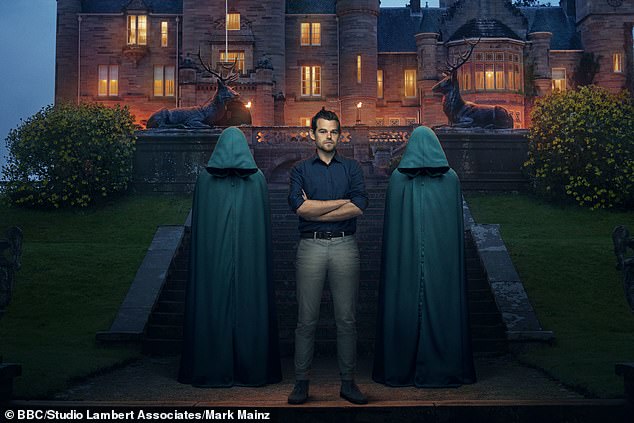 As paranoia mounts in The Traitors, a deliciously nasty game of lies and betrayal, every scrap of body language is examined

But as paranoia mounts in this deliciously nasty game of lies and betrayal, every scrap of body language is being examined — as if words are meaningless, but a twitch or blink reveals all.

Professional magician Tom made a magnificent fool of himself by proclaiming he could read body language ‘like a book’.

He then proceeded to accuse all the wrong people. ‘My ego needs to catch the traitor,’ he declared, digging himself into a pit and then digging deeper.

Poor Tom is thicker than peanut butter, and he nearly got his girlfriend Alex evicted as he denounced the innocent.

Critics have bewailed the nastiness of this format — but after the unremitting niceness of all the Bake Off copycats, its cruelty is wickedly good fun.