CHRISTOPHER STEVENS reviews last night’s TV: Is prankster Grayson Perry laughing up his pink leather sleeve at us all?

All right, you fooled me. I fell for it.

It’s so obvious now, but the idea never really hit me before that potter Grayson Perry is a prankster, having a gigantic laugh at the gullible luvvies of the liberal Left.

Grayson is a boisterously likeable TV personality who doesn’t seem to care whether we take him and his flamboyant persona too seriously.

Last week, he courted outrage in the art world by announcing that Right-wingers are friendlier, nicer people than Corbynistas. 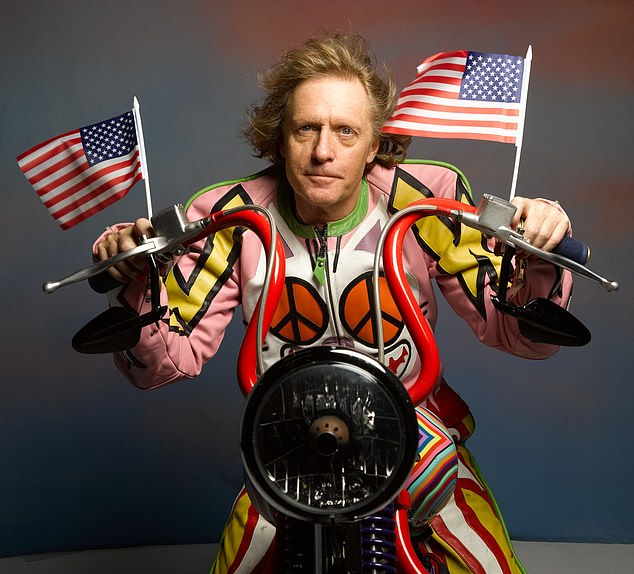 Even Grayson Perry’s psychedelic motorbike and comic-book biker gear, designed for his Big American Road Trip (C4), are in character

His slapdash ceramics, his insistence on sometimes dressing in women’s clothes and calling himself Claire, his affected obsession with his childhood teddy bear ‘Alan Measles’ — it all seems eccentric and art student-ish in just the right measure.

Even his psychedelic motorbike and comic-book biker gear, designed for his Big American Road Trip (C4), are in character.

But I suspect Grayson is laughing up his pink leather sleeve at us all. We are being mocked.

How else can you explain his decision to examine the racial divide in American society by meeting only the wealthiest, most successful black people and asking them to explain about ‘white privilege’? 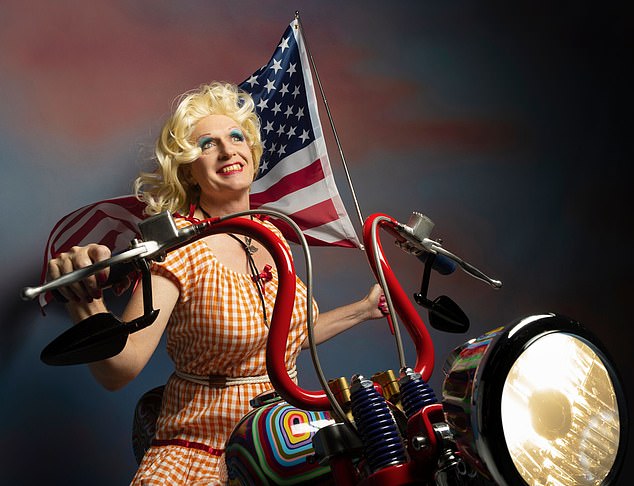 His slapdash ceramics, his insistence on sometimes dressing in women’s clothes and calling himself Claire seems eccentric and art student-ish in just the right measure

No one doubts that for many black Americans, in a country where segregation was the norm within living memory, life is deeply unfair. Prejudice and racism are endemic in the States.

However, despite spending most of the first hour in Atlanta, Georgia — where unemployment is four times higher for black people than whites — Grayson focused exclusively on the super-rich.

Sheree Whitfield, star of reality show The Real Housewives Of Atlanta, gave him a tour of her home with its spa, disco, bar, gym and cinema.

‘Another big room,’ murmured the artist, as Sheree showed him into the palatial lounge.

She dabbed her eyes and sighed that it wasn’t easy being neck-deep in money — some of her old friends barely spoke to her now.

Grayson went golfing with a Mercedes-driving businessman named Emerick, and in Washington DC enjoyed a dinner party in his honour thrown by Dr Carlotta Miles, whose African-American family are pillars of the establishment.

Then he invited a performance poet called Kyla to give him a dressing down, for failing to understand how oppressed black people are.

Even Sacha Baron Cohen, creator of Ali G, would hesitate to make a show about the super-rich, and then pretend to be making a profound statement on racial politics.

I’m not sure whether to laugh it off or to kick myself for taking Grayson seriously for so long. 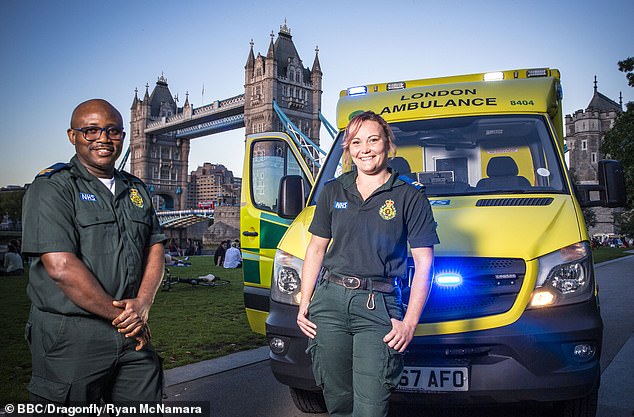 He filmed his trip months before the death of George Floyd and the advent of the Black Lives Matter protests.

Ambulance (BBC1) was also taped well before those demonstrations were echoed in the UK, but it didn’t matter, because there were plenty of other marchers on the streets.

One pregnant woman who fainted on Oxford Street found herself surrounded by a flash mob from Extinction Rebellion, blocking the traffic in every direction.

Stuck with an ambulance that was going nowhere, the patient elected to walk to hospital. Lucky for everyone that she wasn’t more dangerously ill.

Both were cardiac arrests, and in both cases the paramedics managed to get the heart beating again, only to prolong the death throes.

It feels as though this series, perhaps hampered by Covid-19 restrictions, is running out of material. 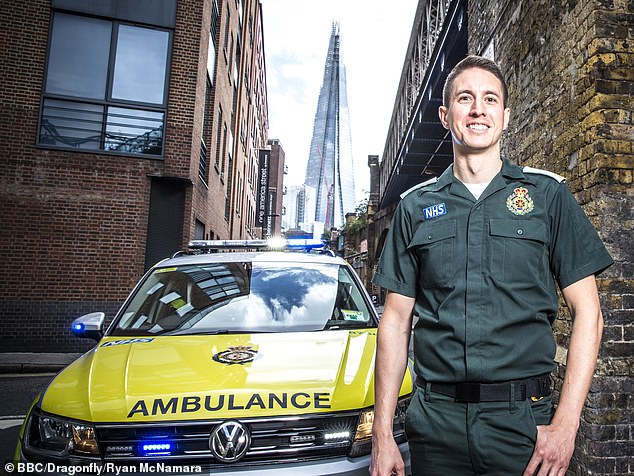 It feels as though this series, perhaps hampered by Covid-19 restrictions, is running out of material