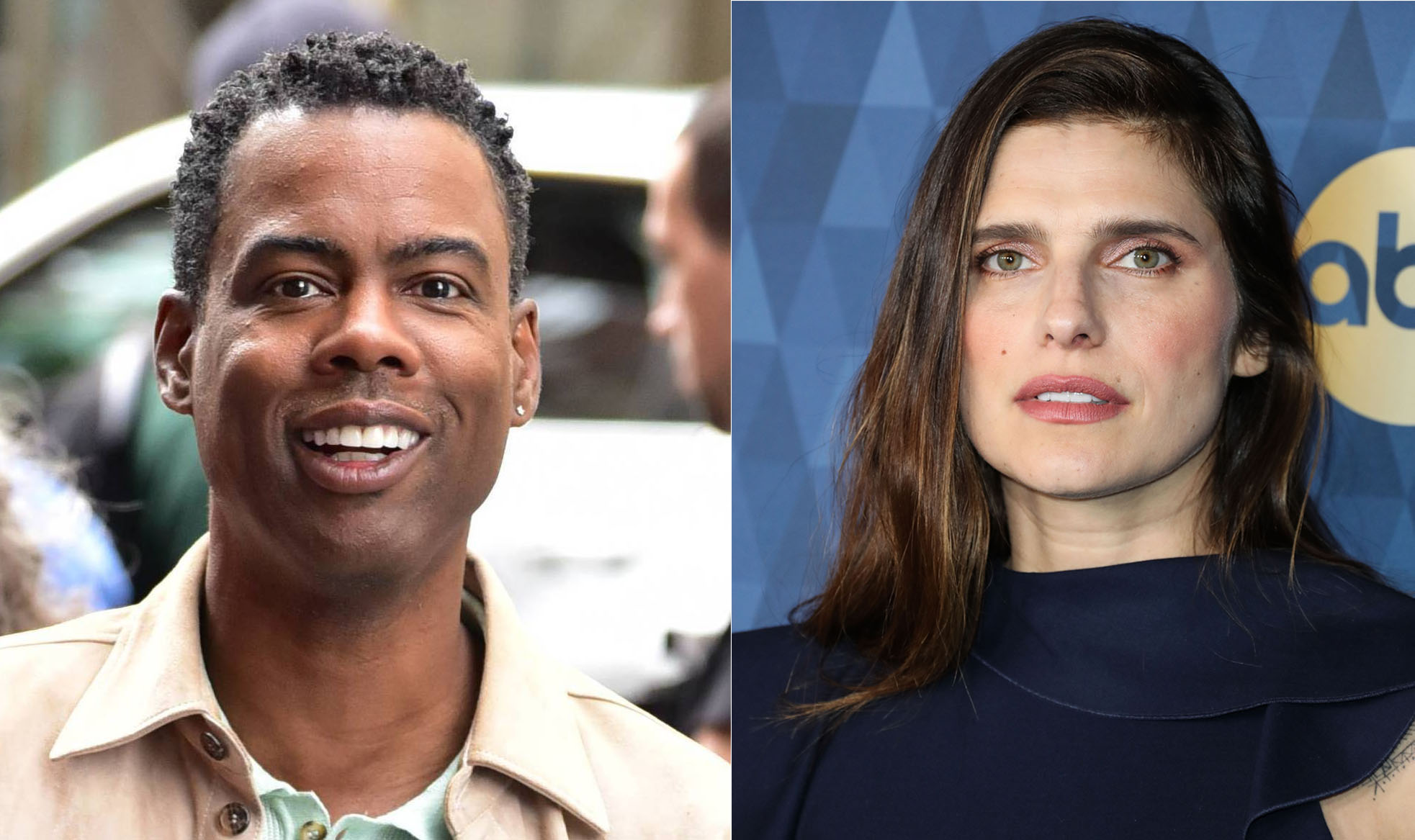 There have been rumors for a little while that Chris Rock and Lake Bell are dating. Nothing so concrete as kissing photos, just a baseball outing pic last month and some other sightings. A few days ago, I saw a faraway pic that was supposedly of the two of them walking on the beach that was sent into Deux Moi. And apparently they were spotted together multiple times throughout the holiday weekend in actually discernible photos, at brunch and after dinner. And US Weekly has the confirmation that they are, in fact, dating.

“Chris has been in a really good mood,” a source exclusively tells Us. “He’s dating and spending his downtime with Lake Bell.”

The comedian, 57, and the Harley Quinn actress, 43, “both just laugh a lot when they’re together,” the insider says, adding, “They have similar personalities.”

The Saturday Night Live alum was first linked to Bell when the pair were spotted at a St. Louis Cardinals baseball game in Missouri on June 13. The twosome watched the sporting event from a box seat in the stadium and stood together from time to time.

Rock continued to fuel romance rumors over the 4th of July weekend when he and the Secret Life of Pets 2 actress were photographed outside Giorgio Baldi restaurant in Santa Monica. Bell wore a black crop top and high waisted jeans during the Saturday, July 2, outing, while Rock donned an all-white ensemble and brown dress shoes.

One day later, the couple were again spotted together in California. Photos obtained by TMZ showed the Madagascar actor and the New York native enjoying brunch on Sunday, July 3, at Coast in Santa Monica.

Bell, for her part, has been single since fall of 2020 after she and husband Scott Campbell ended their seven-year marriage. The exes announced their breakup in November of that year but separated two months prior.

The Home Again actress, who shares daughter Nova, 7, and son Ozgood, 5, with the artist, 45, finalized her divorce in September 2021.

Rock, meanwhile, was married to Malaak Compton-Rock for 18 years before the pair parted ways in 2014. The former spouses, who share daughters Lola, 20, and Zahra, 18, finalized their divorce two years later.

I’ll reserve commentary on Chris Rock in general and just focus on this official new pairing. I’ve seen a couple of things that Lake’s been in, but she doesn’t really stand out to me. Like, I always get her confused with Amanda Peet and kept thinking “but she’s married to one of the Game of Thrones bros.” Is this couple random? I can’t decide. Lake’s mostly a comedic actress, like dry comedy. And the source does say they laugh a lot together and they have similar personalities, so I guess that makes sense. I always forget how old Chris is, probably because of his voice, so I was surprised to see there is a 14 year age difference there. They’re both divorced and have two kids each, though Chris’ divorce was years ago and his kids are young adults while Lake’s was recent and her kids are little. Lake separated from her husband in 2020 and Chris broke up with Megalyn Echikunwoke that same year, so they’ve both been single for a little while. A lot of parallels. So officially dating, officially not a random couple. I do wonder how they connected though.