It’s no secret that Chris Hemsworth is the sexiest dad & he is also the sweetest as he took 2 of his kids surfing while out in Australia.

When it comes to Chris Hemsworth, 38, he never ceases to amaze us. The Thor actor is both the hunkiest dad and the most devoted and he proved that when he took two of his kids – daughter India, 8, and one of his 7-year-old twin boys, surfing in Australia. The three of them looked to be having an amazing time as they all rocked their wetsuits while riding waves in the ocean. You can see the photos right HERE. 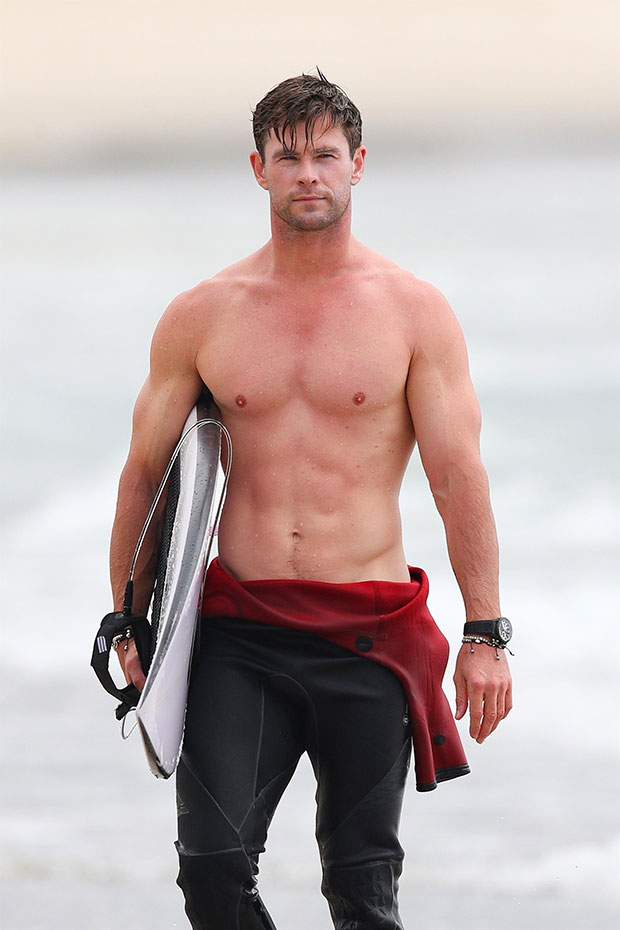 Chris is always hanging out with his kids and he loves doing activities with them – especially surfing. We love that he’s been taking them out to surf since they were young and they are bound to be just as good as their dad at surfing.

While we loved seeing Chris hanging out with his kids, it was definitely an added bonus seeing him shirtless. The Avengers star has just wrapped up filming Thor: Love and Thunder and he had to get in some serious shape for the role. He is definitely in the best shape of his life and he shared with Men’s Health back in June 2019, how he stays in such great shape. He said to the magazine, “The truth is I do invest a lot of hours in the gym, and it’s backed up with eating a particular sort of diet and subscribing to a particular healthy lifestyle.”

Chris just celebrated his 34th birthday on August 11 and his family shared heartfelt posts about him, including his handsome brother, Liam, 31, who shared an Instagram post of the two of them wrestling shirtless under a waterfall. Liam simply captioned the photo, “Happy birthday @chrishemsworth.”