‘I know I’m going to be an amazing mum’: Charlotte Dawson is PREGNANT with her first child with rugby player boyfriend Matthew Sarsfield

Charlotte Dawson has announced she is pregnant with her first child with her partner of four years, Matthew Sarsfield.

The reality star, 27, revealed she’s ‘over the moon’ to be expecting a baby with the rugby league player, 28, and is due to give birth just a week before what would have been her late comedian father Les Dawson’s 90th birthday in February 2021.

Speaking with this week’s issue of OK! magazine, Charlotte said: ‘I might have liked to go out and have a good time, but I know I’m going to be an amazing mum and will do anything for my baby.’ 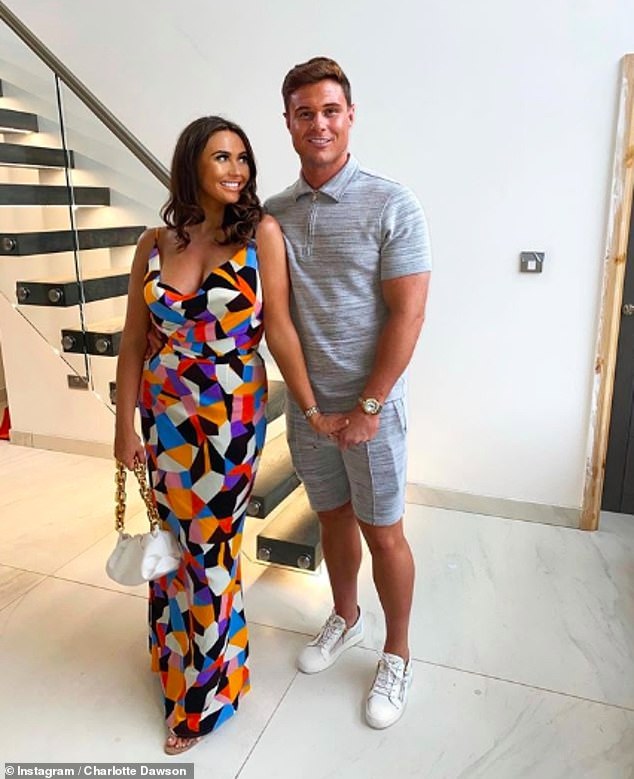 Expecting! Charlotte Dawson has revealed that she’s pregnant with her first child with partner of four years Matthew Sarsfield

Charlotte also revealed that her baby is due just a week before what would have been her late father Les’s 90th birthday, on February 2, 2021.

She said: ‘We went for the first scan and my due date is actually the week before, but there’s every chance I could give birth on his birthday. What a tribute that would be!’

She added: ‘He would’ve been the best grandfather. It’s bittersweet because he would have been here, making everyone laugh.’

Comedian Les passed away from a heart attack aged just 62 when Charlotte was only eight months old. 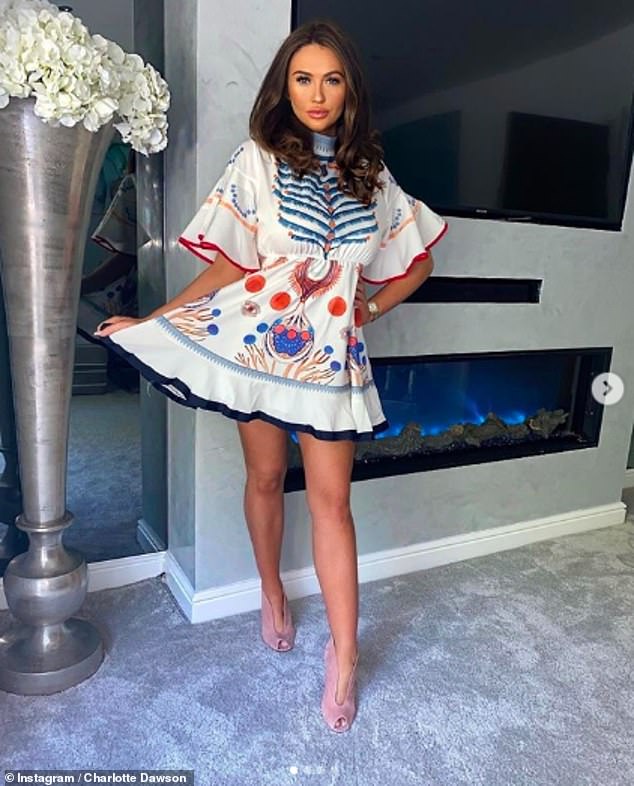 Mum-to-be: The beauty explained that her baby is due just a week before what would have been her late father’s 90th birthday

Charlotte even said that she felt her dad’s presence when she found out she was expecting, but isn’t planning on honouring her father with the baby’s name and would prefer something modern like ‘Lily-Rose or Noah’.

She told OK! that although she was home alone, the TV turned on and off very quickly making her think that Les was trying to show her his support.

The TV personality and rugby league player Matthew have been together for four years, with the couple recently buying a house.

Earlier this year, they appeared on Celebs Go Dating to work out a few issues in their relationship, but insist that it made them even stronger. 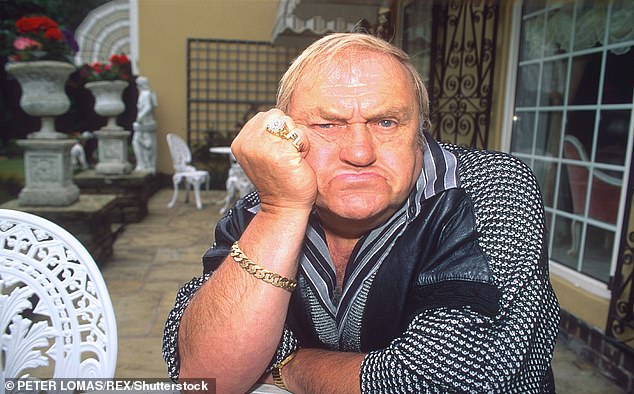 Famous face: Fast Friends star Les was famed for his deadpan humour and Charlotte said she felt her father’s presence when she found out about her pregnancy (pictured in 1992)

Now that they’re expecting their own child, the couple say the timing feels perfect after originally trying for a baby last year.

Discussing their plans for when the baby arrives, Matthew said they intend to give the tot a double-barrelled name.

The sportsman, who has previously played for the Swinton Lions, even suggested marriage could be on the cards, adding that he’ll take the same surname after the wedding.

It hasn’t been the easiest of years for the Dawson family with Charlotte’s brother-in-law Glen Southern passing away after taking his own life in June. 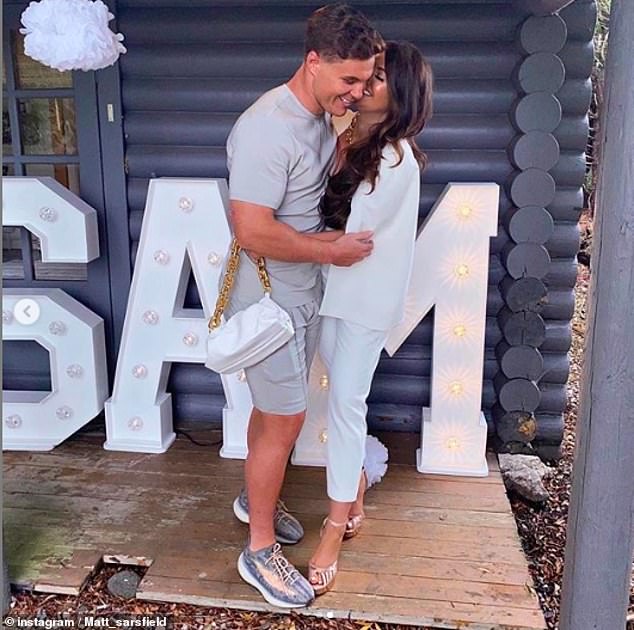 Parents: Rugby player Matt said the happy couple intend to give their tot a double-barrelled surname (pictured in July)

Speaking candidly with OK!, pregnant Charlotte explained that she had shown Glen her scan picture just three days before he died.

After his death, she took to social media and shared several photos of Glen along with his wife Samantha and their children as she urged people to ‘be kind’.

Charlotte penned an emotional tribute to Glen, describing him as the ‘the best husband, father & brother in law we could of asked for’.

She wrote: ‘I can’t even believe I’m writing this… I feel sick. My beautiful sister @sammysuns & our family had the most devastating thing happen to us on Saturday morning. 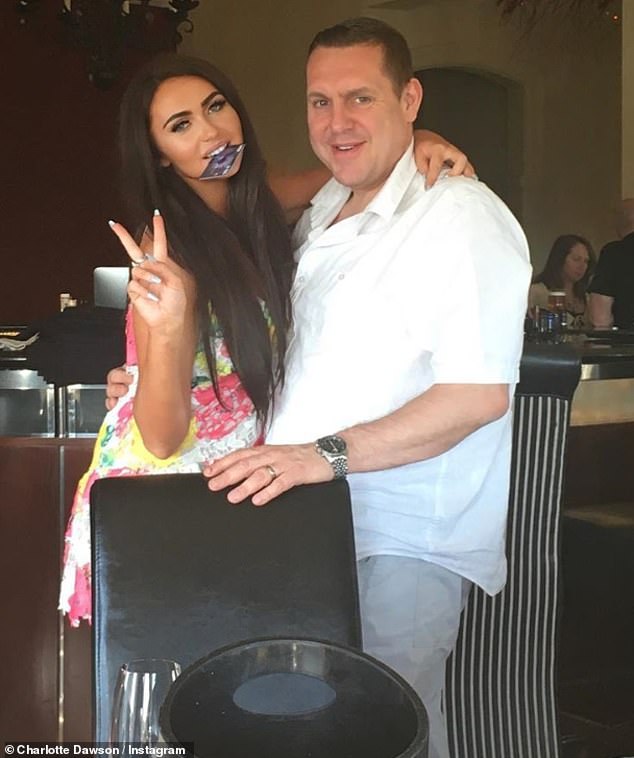 Tragedy: Earlier this year Charlotte shared the heartbreaking news that her brother-in-law Glen Southern had passed away after taking his own life 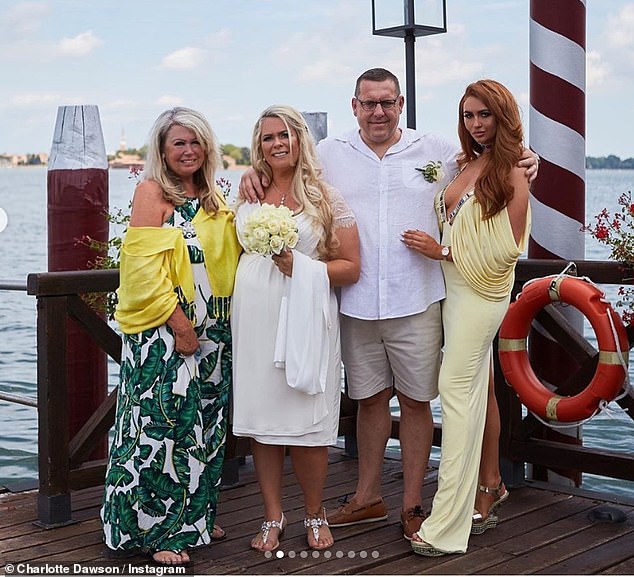 Tribute: Charlotte took to social media and shared several photos of Glen along with his wife Samantha and other family members

‘A family man, the best husband, father & brother in law we could of asked for sadly passed away unexpectedly taking his own life leaving all of us heartbroken especially my sister, his brave daughter @jesssouthernx and my baby niece & nephew who were his complete world, which breaks my heart.

‘I promise to look after them forever my cherubs. We all don’t understand and will never know why.’

A JustGiving page stated that Glen suffered the loss of his mother from coronavirus in recent months while he was also struggling to run his business in the wake of the pandemic.

While earlier this year Charlotte joined her mother Tracy in marking the 27th anniversary of her father’s death. 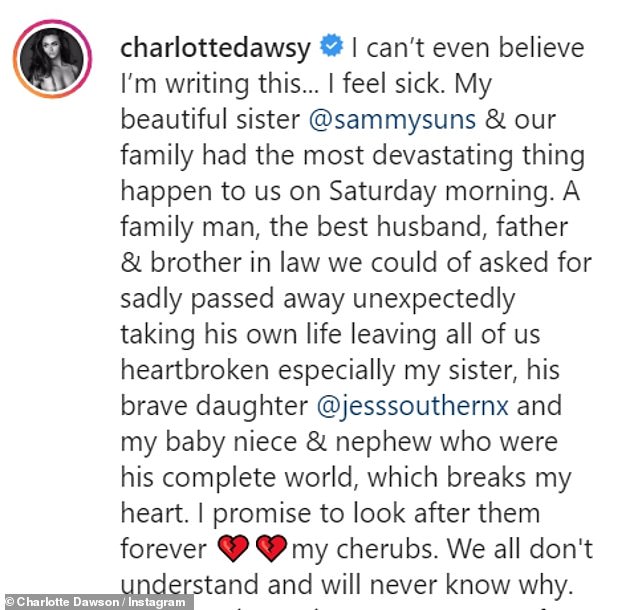 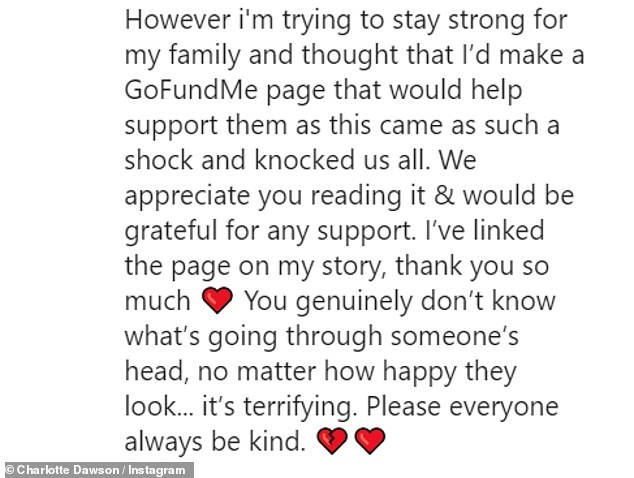 Post: Charlotte penned an emotional tribute to Glen, describing him as the ‘the best husband, father & brother in law we could of asked for’

The Ex On The Beach star visited the legendary comedian’s memorial in Lytham St Annes, and ensured the statue represented the current climate by playfully covering the monument with a face mask amid the coronavirus pandemic.

The brunette beauty previously said she felt pressure to follow in his footsteps, telling MailOnline in 2010: ‘I feel his fans expect me to become a comedian, which annoys me.

‘But I can’t follow in Dad’s footsteps just to make them happy. I’m proud of what he achieved. But people have to accept me for who I am.’

The TV star has since forged her own career in the world of reality TV, starring in Ex on the Beach, Celebs on the Farm and Celebs Go Dating.

And despite being known for her partying ways, Charlotte has said that she’s ready to show her fans a different side to her personality.

Charlotte said that although she enjoys going out, she’s also very family orientated and so excited to have her first child.

Les was famed for his deadpan humour, Fast Friends star Les was initially married to his first wife Margaret from 1960 until her death in 1986.

The funnyman later tied the knot to Charlotte’s mother Tracy, who was 17 years his junior, in 1989 until his passing. 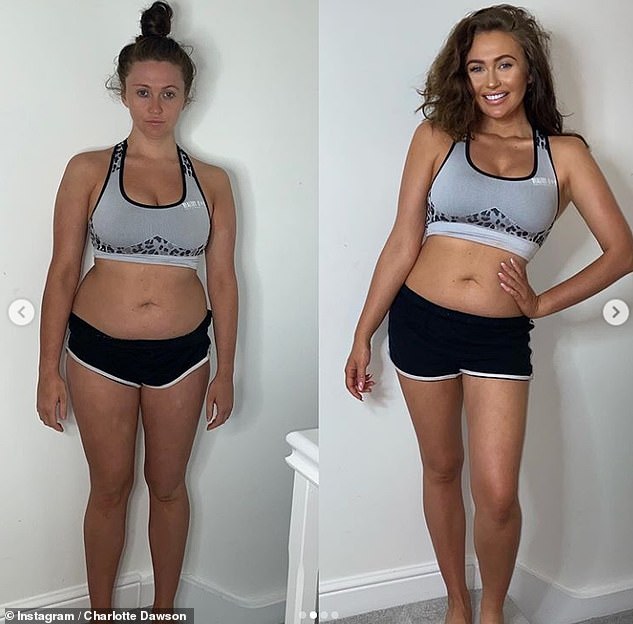 Healthy: Pregnant Charlotte unveiled the results of her 10lb weight loss as she danced around in a hilarious social media post at the beginning of July