‘Carys is packing her bags and I am looking at old videos!’ Catherine Zeta-Jones, 51, gets emotional as her mini-me daughter, 18, prepares for college

Catherine Zeta-Jones seems to be sad that her mini-me daughter Carys is leaving for college.

On Thursday the Oscar-winning actress, 51, took to Instagram to share the news the 18-year-old was already packing up her belongings as she posted an old video of her child at age two.

‘My daughter Carys prepares for college!!! Very cute alert!!’ the Chicago star wrote in her caption. 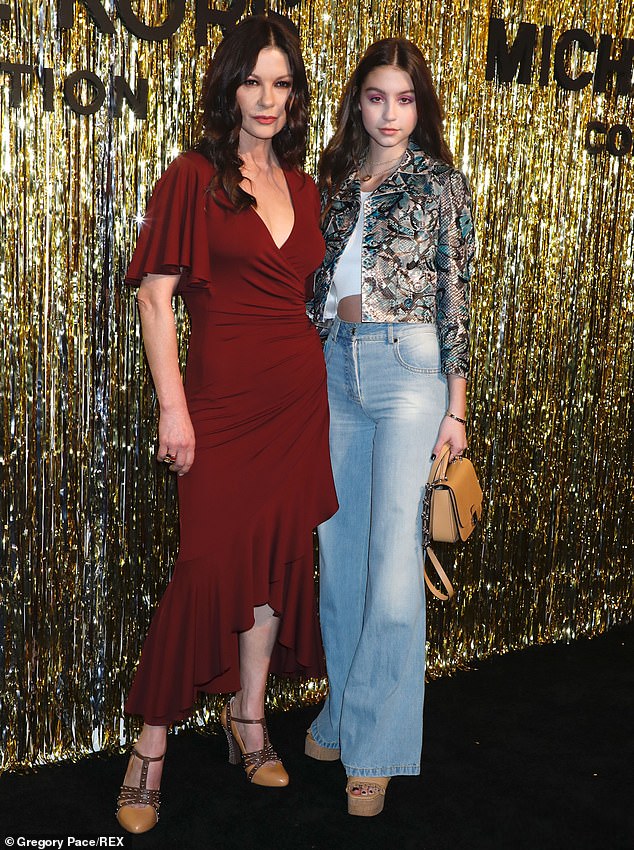 So long! Catherine Zeta-Jones seems to be sad that her mini-me daughter Carys is leaving for college. Seen in 2019 in NYC 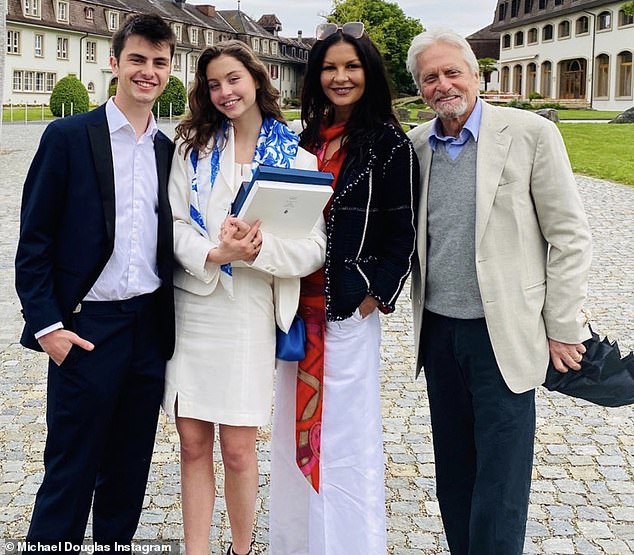 Graduate: Michael Douglas posted this picture to congratulate Carys on graduating high school. She will attend university this fall; from left is their son Dylan, Carys, Catherine and Michael

‘The road to higher education begins on the bathroom floor, with limited teeth, (thus the lisp) and a passion for books. Carys is packing her bags and I am looking at old videos don’t tell her I posted this,’ added the wife of Michael Douglas.

In the video the child is in her bathroom talking about animals. 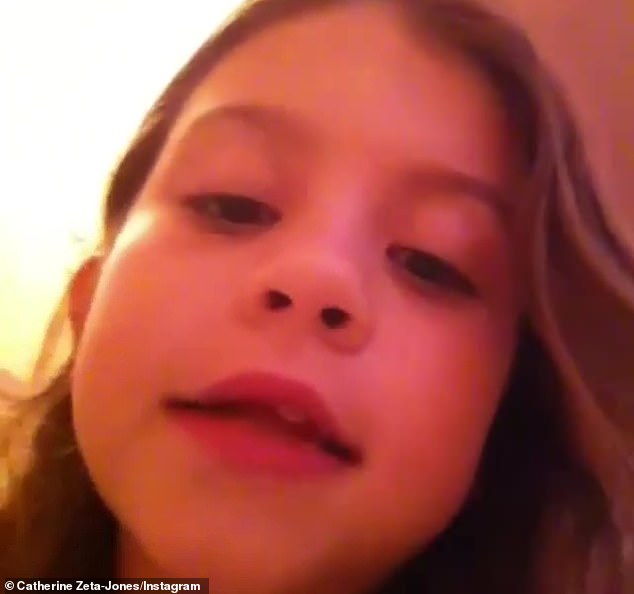 They grow up so fast: She posted an old video of her child at age two. ‘My daughter Carys prepares for college!!! Very cute alert!!’ the Chicago star wrote in her caption

The Zorro star shares her daughter, and 21-year-old son Dylan, with husband Michael Douglas. The couple married in 2000.

Her husband of Wall Street fame has one other child from a previous marriage to film producer Diandra Luker. Zeta-Jones was not previously married.

Despite their own fame in the acting world, the Ocean’s Twelve actress said earlier this year that she would and her husband had encouraged their children to explore career opportunities outside of acting.

‘Michael and I would be the first parents to say, “You know, maybe you should think of another career,” but we’ve seen how passionate they are about the craft,’ she said on TODAY.

She went on to add, ‘They know what celebritydom is. They know the good, the bad, warts and all of that.’ 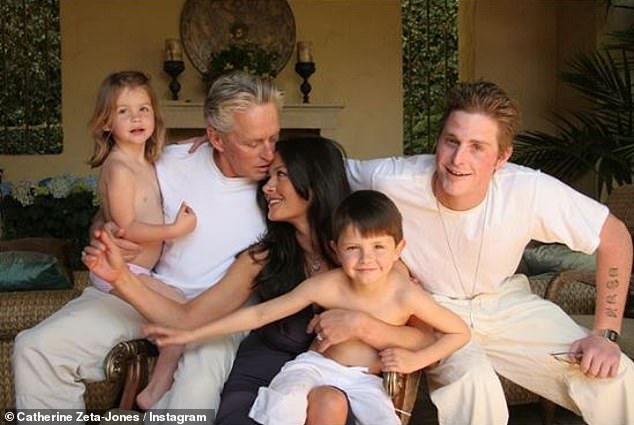 Big happy family: A throwback photo of Zeta-Jones and hubby Michael Douglas with their two kids, Carys and Dylan, and Michael’s son from a previous marriage, Cameron 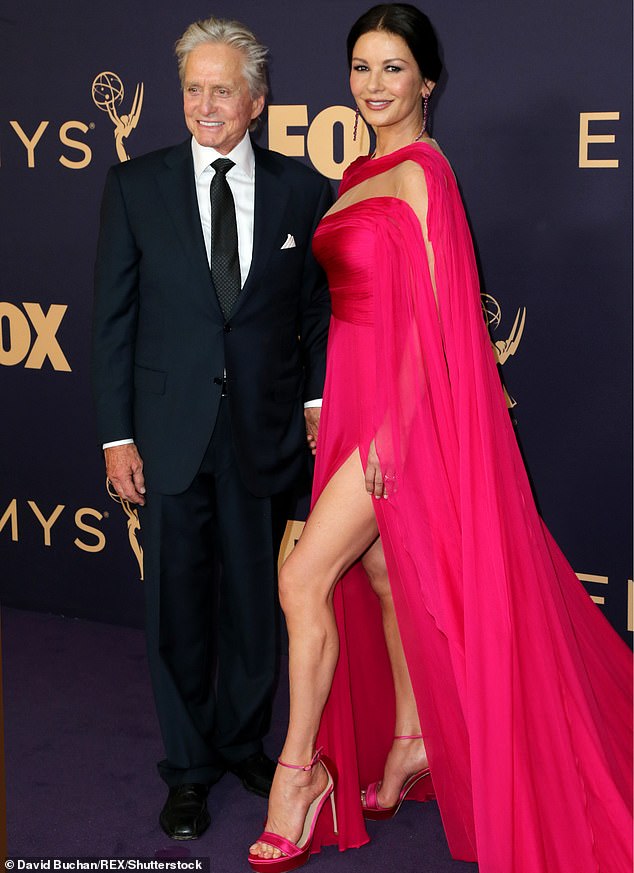 Star-studded couple: Michael Douglas and Catherine Zeta-Jones, seen here in 2019, have been married since 2000

While the Traffic actress is obviously sad her daughter is headed to school, the extra free time will certainly help Zeta-Jones when it comes to her professional life.

The Tony winner has kept working in recent years. She had a recurring role on the television show, Prodigal Son, last season, and is set to appear in Wednesday, a show about the iconic Addams Family character, as Morticia Addams.

Wednesday will follow the titular character’s years as a student while she tries to understand her psychic abilities and solve a mystery surrounding her parents. 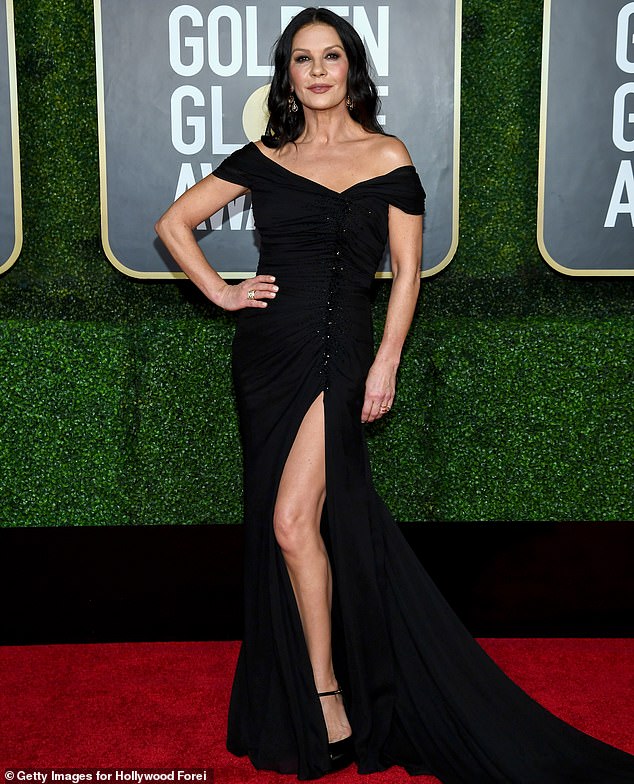 Stepping in to play an iconic character: Zeta-Jones will appear as Morticia Addams in the upcoming Addams Family spin-off, Wednesday; seen in February