Swapping her Daisy Dukes for workout wear! The Dukes of Hazzard star Catherine Bach, 68, enjoys some retail therapy in LA… 40 years after earning sex symbol status in THOSE tiny shorts

Catherine Bach became a global sex symbol while starring as the stunning Daisy Duke in the popular action-comedy series The Dukes of Hazzard back in the late 70s and 80s – but on Sunday, the 68-year-old actress swapped her iconic hotpants for workout pants as she stepped out for some retail therapy in Los Angeles.

Nearly four decades have passed since the hit show ended, but Bach’s legacy as on-screen siren Daisy lives on – as does the popularity of the teeny tiny shorts that she was famous for wearing, so much so that many still refer to denim hotpants as ‘Daisy Dukes’ to this day.

But the infamous shorts were nowhere to be seen as Bach enjoyed a sun-filled outing over the weekend, when she was pictured sporting an all-black workout wear ensemble as she paid a visit to high-end grocery store Erewhon.

Instead of Western-inspired fashion and thigh-skimming shorts, Bach opted to cover up in a pair of skintight leggings, which she paired with a long-sleeved black T-shirt, despite the bright LA sunshine. 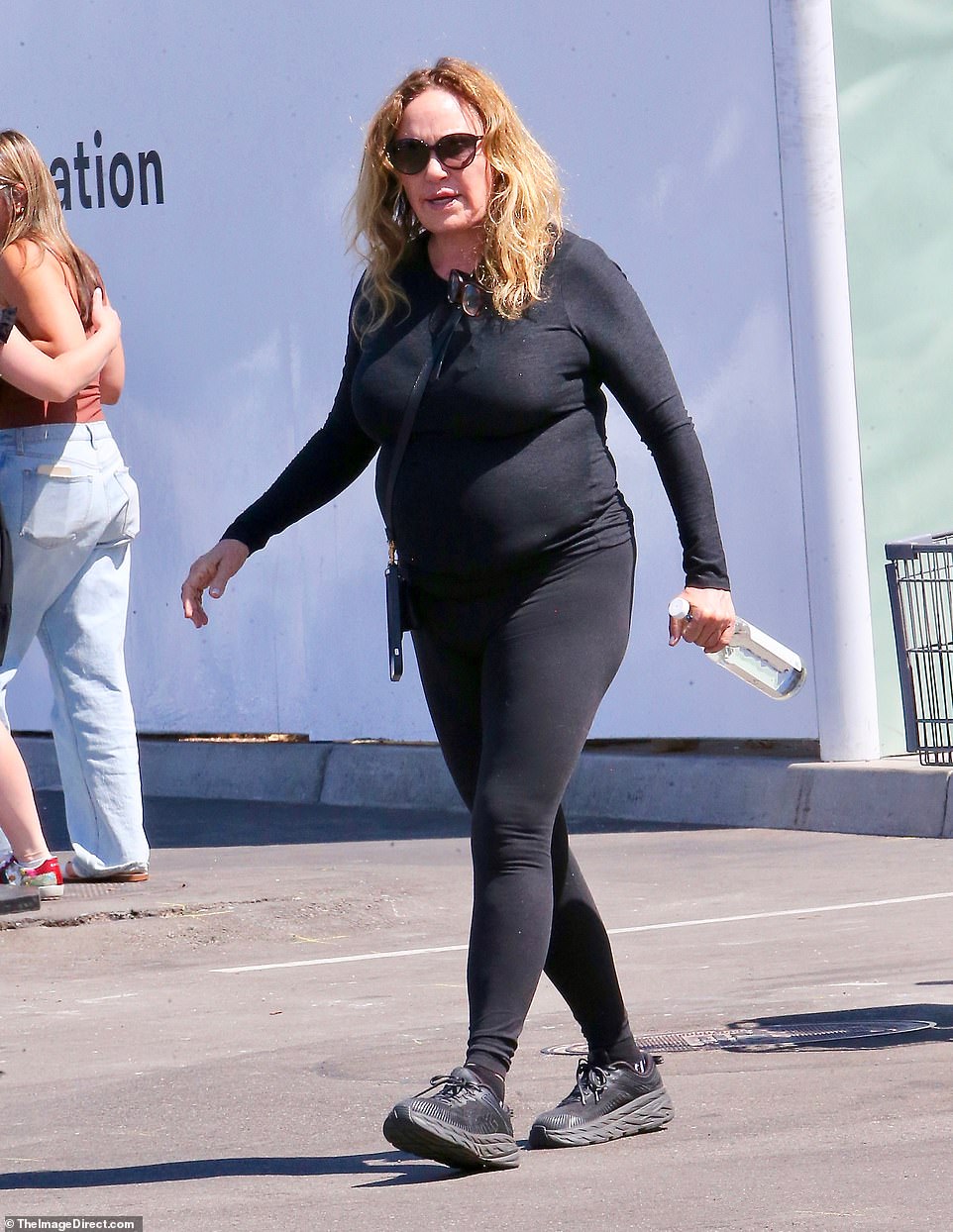 Out and about: The Dukes of Hazzard star Catherine Bach was spotted enjoying a spot of retail therapy in Los Angeles on Sunday, 40 years after she shot to fame while playing on-screen siren Daisy Duke 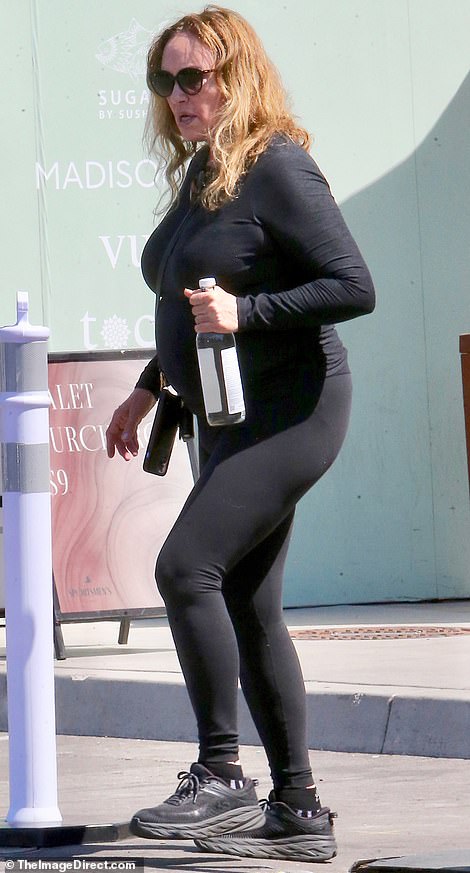 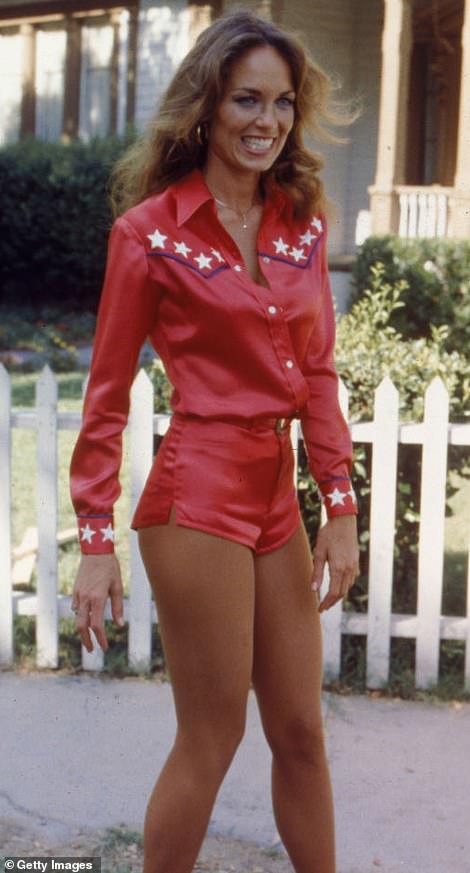 Bach, now 68, became famous for the tiny hotpants that her character wore in the show (right), however when she was pictured on Sunday, her infamous ‘Daisy Dukes’ were nowhere to be seen, with the actress instead sporting leggings 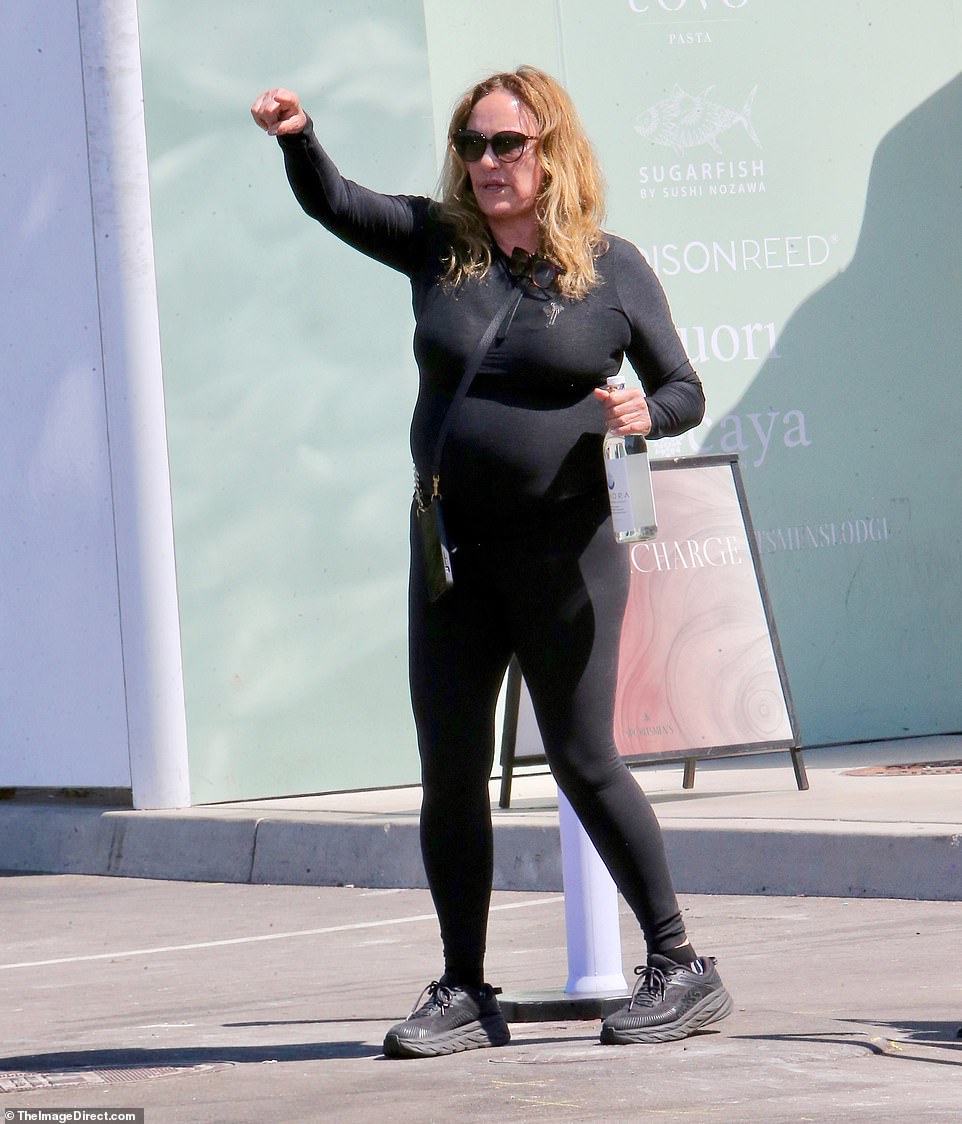 Back in the day! Catherine inspired a generation with her denim Daisy Dukes look in The Dukes of Hazzard TV show in the 1980’s

The actress, who has made several other on-screen appearances since The Dukes of Hazzard came to an end in 1985, accessorized her look with some large sunglasses, a pair of chunky black sneakers, and a cross-body phone case that housed her iPhone.

She had a pair of glasses tucked into the collar of her T-shirt and wore her dark blonde locks in loose waves around her face, choosing to go makeup-free for her Sunday stroll.

Bach looked as though she may have been preparing for a workout, given her sporty ensemble – and the bottle of water she was pictured carrying as she was pictured outside of the luxury organic grocery store.

Although it has been decades since the actress last stepped into the role of Daisy Duke, the character remains a pop culture icon, with Jessica Simpson bringing the role back to life in 2005 in a movie remake, which also featured Johnny Knoxville and Seann William Scott.

Simpson’s portrayal of Daisy reinvigorated the popularity of the character’s iconic hotpants, sparking a renewed trend in the sky-high hemlines, which began almost immediately after the original show started airing in January 1979.

The show, which also starred John Schneider and Tom Wopat, ran for seven seasons through 1986, and was a bonafide hit program for CBS.

In fact, during its initial years, it was among the top rated shows at the time.

Bach actually went on to reprise her Daisy Duke role a few times, beginning with the Saturday morning animated series, The Dukes, which aired for two seasons in 1983.

In 1997, Bach opened up about the lasting cultural impact that Daisy had, revealing she believed her character’s ‘tough’ persona is what turned her into a ‘lasting female idol’.

‘Whatever she did, she could shoot better, drive better, do everything better than a guy. Whenever the guys were in trouble, she stepped in. She wasn’t acting tough, she just was,’ the actress told Entertainment Weekly.

She also shed some light on the difficulties she experienced while modeling her infamous Daisy Dukes, revealing that she had a tough time keeping her shorts zipped while on set.

‘Keeping them zipped [was the hardest thing about wearing the shorts],’ she shared.

‘Originally they wanted me to wear a checkered skirt to match the checkered tablecloths at the Boar’s Nest, and white vinyl boots that were up to my knees. I said, ”You guys are nuts. That’s not only dorky, it’s kind of degrading.”’

In 2019, in celebration of the 40th anniversary of the show’s premiere, Bach revealed that she almost turned down the role that turned her into a global superstar – revealing that she had been told by her agency that she was ‘too exotic looking’ to make it big in Hollywood so was instead focusing her attentions on the stage.

Although it has been decades since the actress last stepped into the role of Daisy Duke, the role remains a pop culture icon 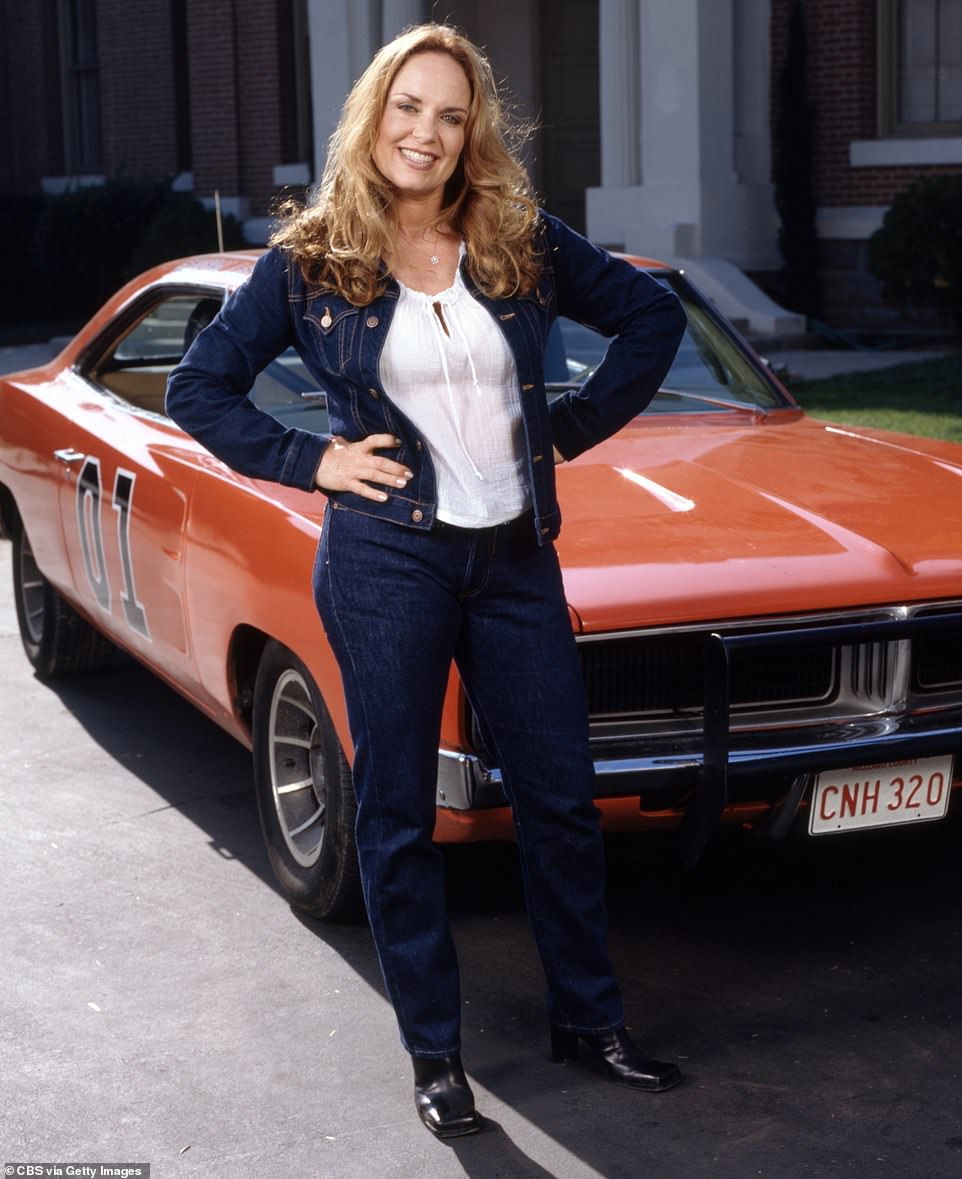 ‘I had just done a one-woman show that was well received,’ she told Fox News. ‘That resulted in an offer to do movies of the week with ABC… It’s funny because around that time, my agency had fired me and I hadn’t gone out in an interview for two years.

‘According to them, I was too exotic looking. I was told, “We’re never going to make money off you. Aside from doing a movie here and there, we don’t see a television series in your future. We just don’t see that kind of thing happening. So we’re going to let you go because it’s a lot of work to represent you.” That’s what initially compelled me to do the one-act play.’

When she was asked to audition for the role of Daisy, Bach said her initial reaction was, ‘No, no, no.’

‘A few weeks later, I was at some little Italian restaurant in Beverly Hills with my girlfriend, who directed my one-act play… I tell her, “I do have this interview that I’m supposed to go, but I’m not… You know part Daisy Duke for Warner Bros.? They want me to come in, but I know I’m not going to get it,”‘ she recalled.

‘She goes, “It’s Warner Bros. You never know who you’re going to meet on the way in and on the way out. Just go!” So I went.’

After she finished her final project for the Dukes of Hazzard franchise, Bach went on to appear in several other movies and TV shows, including Thunderbolt and Lightfoot (1974), Cannonball Run II (1984), and You Again (2010).

In more recent years, the actress had a recurring role on the daytime soap, The Young And The Restless, from 2012 to 2019.