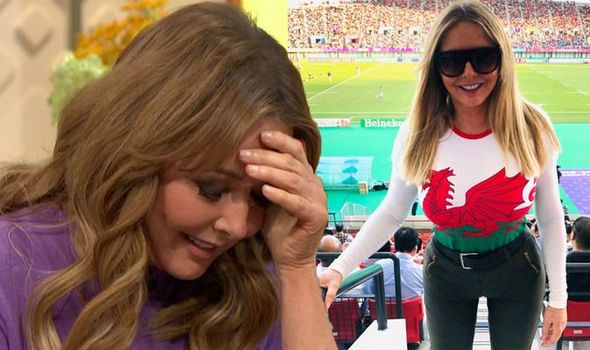 Carol Vorderman is a huge Wales rugby fan and is today suffering the consequences of the World Cup 2019 celebrations. The former Countdown presenter took to Twitter today to inform her 415,000 followers about what had happened after the Welsh side beat France 20-19 yesterday. The 58-year-old admitted she had “wrecked” her mobile phone after sharing a number of images online of herself watching the match. She branded herself “useless but happy” as she recalled her difficulties after breaking the item.

Wouldn’t be a Rugby World Cup 2019 celebration without a wrecking, huh?

Carol tweeted: “Laughing… OBVS I wrecked my mobile yesterday in @WelshRugbyUnion celebrations… well, wouldn’t be a @rugbyworldcup celebration without a wrecking, huh?

“BUT I don’t know my own home number, cos it’s on my mobile, soooooo… hmmmm #UselessButHappy.”(sic)

One user informed her: “BT app on your PC get your soft copy phone bill.”(sic)

The small screen favourite then quipped in reply: “Isn’t that cheating?

“Isn’t it better to throw a phone sickie?? Ooh have I just invented a thing?”

The fan wrote back: “Well yes I guess depends who you’re throwing a phone sickie for?” 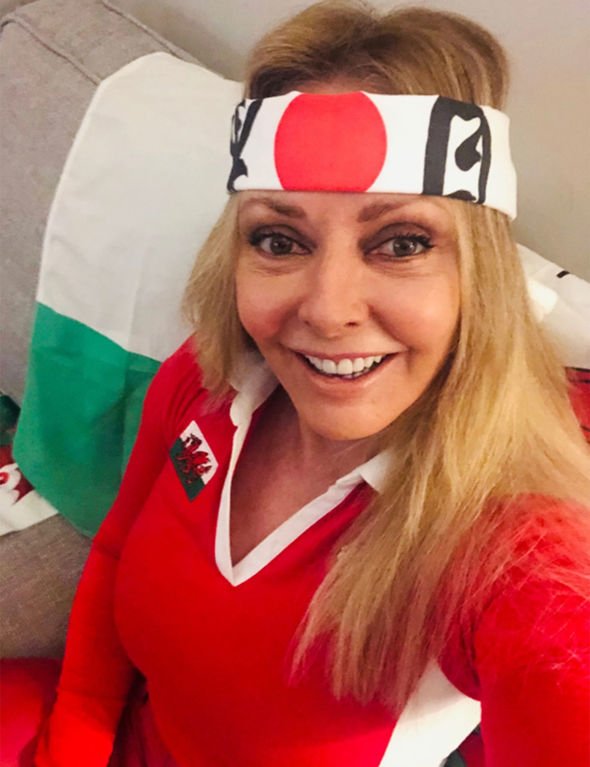 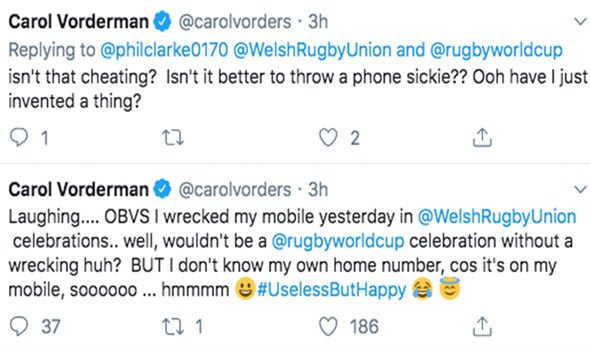 Carol has been keeping her followers up-to-date on her antics at the tournament as well as what she has been up to since returning home recently.

Following home nation, Japan’s defeat to South Africa last weekend, with the former crashing out with just three points to their 26.

The star posted: “Japan… as a nation of incredible people #Extraordinary… we hope you’re proud of what you have achieved with this @rugbyworldcup.

“I left a piece of my heart with you last week… I’ll be back to pick it up soon #JAPvRSA.” 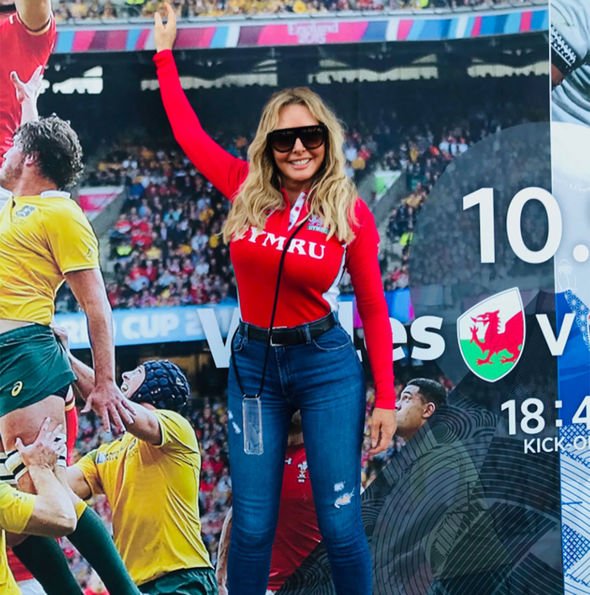 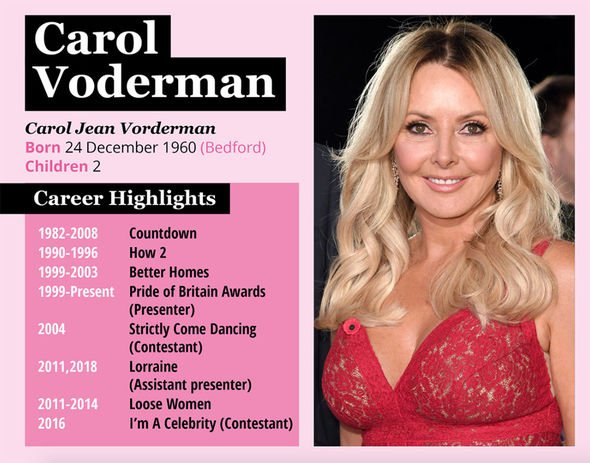 The mother-of-two added: “I’m going back in blossom time next year. Life’s just too short not to isn’t it?”

Meanwhile, it comes just hours after Carol Vorderman flaunted her curves in tight leggings as she supported Wales.

She got into the spirit while tuning into her team’s triumph from home as she jumped for joy in a pair of skin-tight red leggings.

Carol shared a series of celebratory snaps and was pictured in her living room while watching the game unfold on her TV.

Wales will play again in the semi-final on Sunday at 9am UK time, when they go up against South Africa.