Carol Vorderman, 58, is shocked to discover she is the spitting image of American singer Stacey Q… (and even she can’t tell them apart)

The 58-year-old former Countdown presenter was scrolling through Twitter when she noticed a fan had shared a throwback picture of Stacey, 60.

He had written: ‘I thought that was @carolvorders for a second’ along with a smiley face emoji. 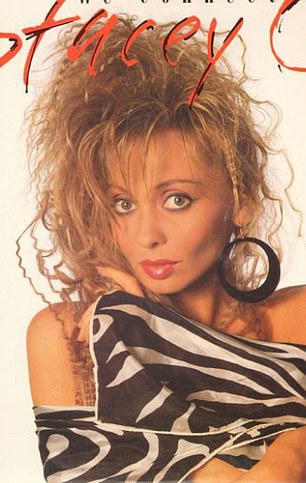 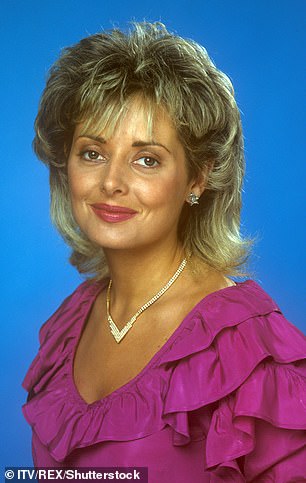 Spot the difference: Carol Vorderman (right) was shocked to discover she is the spitting image of American singer Stacey Q (left)… (and even she can’t tell them apart) 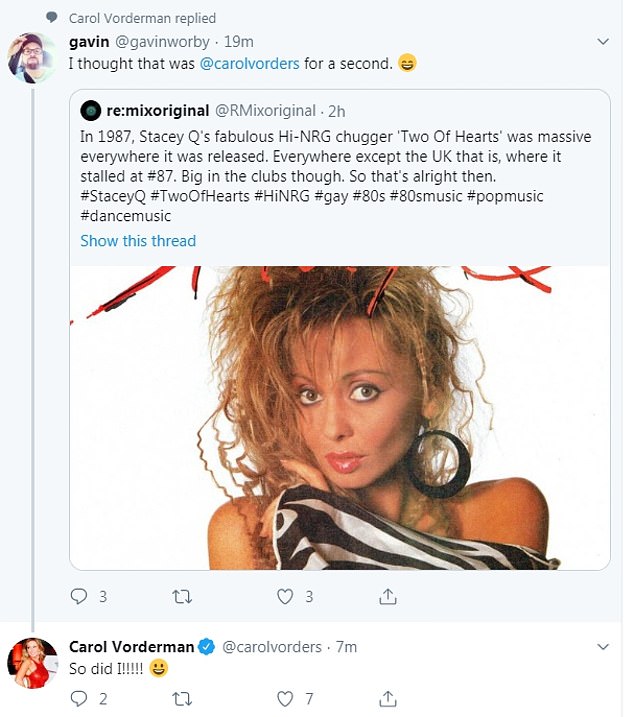 OMG! Carol even commented on the picture as she couldn’t believe what she was seeing

She’s best known for the song, Two of Hearts, was released in 1986 and reached number three on the Billboard Hot 100.

Hair today: Both Carol and Stacey both change their locks regularly, but there’s no mistaking those cheekbones

She last released a song in late 2017, called Dance, Love, Pray, which was a duet with Lori St. James.

Meanwhile, Carol made her mark as the maths whizz on Countdown for 26 years, until her departure in 2008.

She discussed her battle against ageism with The Telegraph on Thursday, while also admitting she had no plans to ‘settle down’ in the future.

Talking about being part of the generation who changed the gender balance in presenting, the broadcaster said: ‘There weren’t presenter jobs for women, we had to fight for all that.

‘My generation have had to fight the fight the entire time, and things changed because [we] forced it on them.’

On the subject of ageism, she added that people now put those of her generation in a box of what they’re capable of achieving, which she hops will be ‘the last battle we’ll have to fight.’

Carol, who was previously married to Christopher Mather and Patrick King, went on to say that she wouldn’t tie the knot again because she’s ‘not very good at it.’ 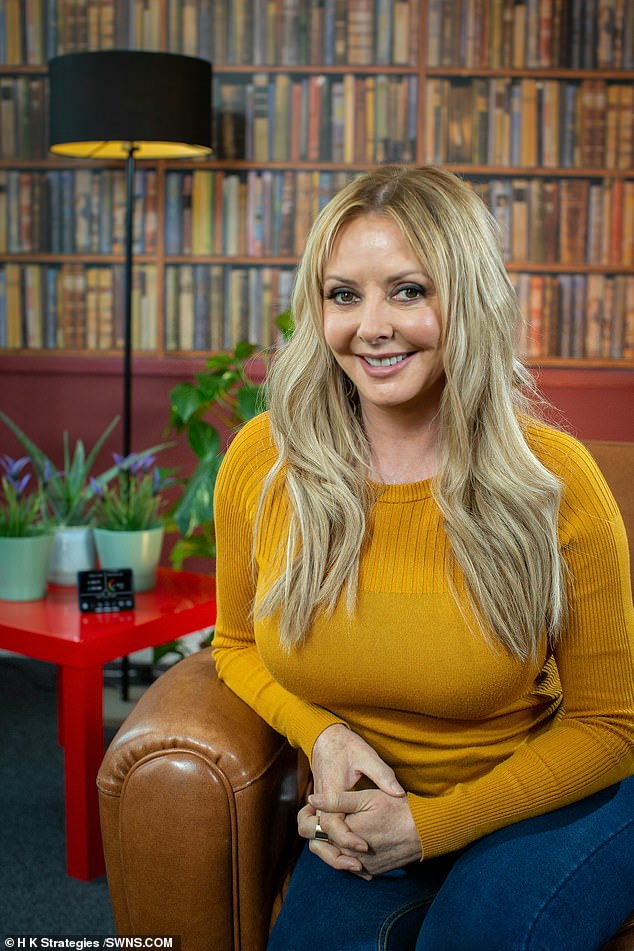 Something to say: Carol recently discussed her battle against ageism with The Telegraph on Thursday, while also admitting she had no plans to ‘settle down’ in the future 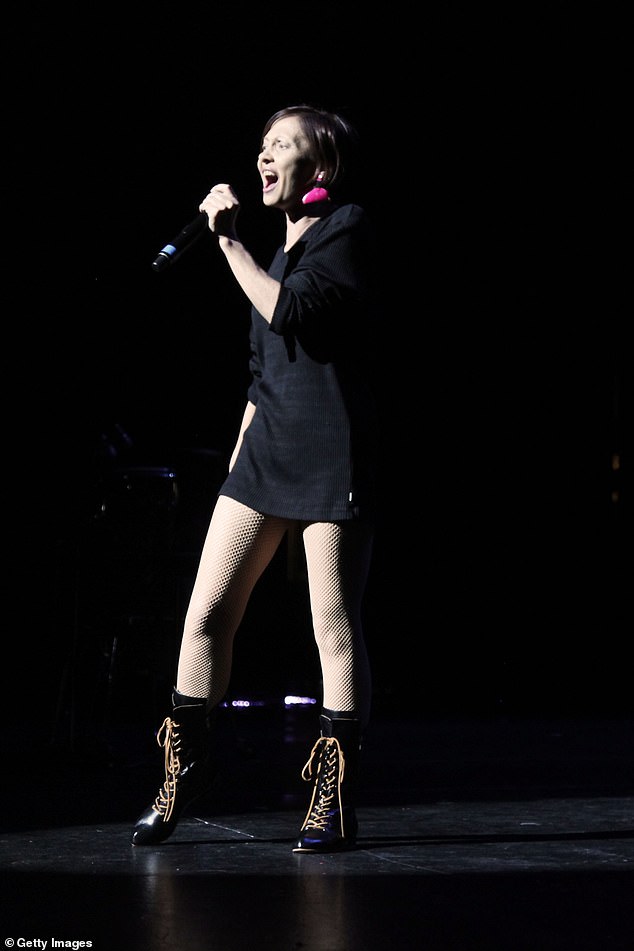 Performer: Stacey last released a song in late 2017, called Dance, Love, Pray, which was a duet with Lori St. James (pictured in 2013)