Epilepsy was the cause of Disney actor Cameron Boyce’s ‘sudden, unexpected’ death at 20, autopsy reveals

The official cause of death for actor Cameron Boyce who was found dead July 6 in his Los Angeles home has been revealed.

The coroner’s office said in a statement to People: ‘On July 8, an autopsy was performed, and the cause and manner of death were deferred. After additional testing, the cause of death was determined to be sudden unexpected death in epilepsy.’ 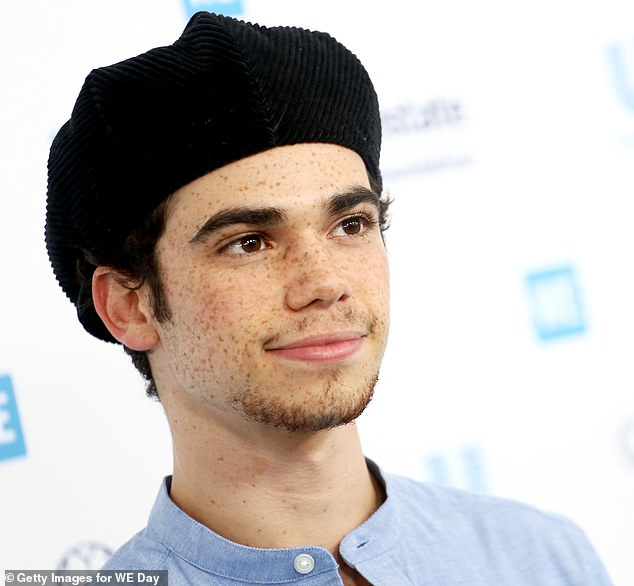 Official cause: Cameron Boyce, shown in April in Inglewood, California, died suddenly of an unexpected seizure, according to a statement Tuesday by the Los Angeles County Coroner

Boyce’s manner of death was certified as ‘natural’.

The actor did not have any drugs or alcohol in his system other than his epilepsy medication Keppra.

Boyce was found dead in his home in the North Hollywood area after suffering the fatal seizure in his sleep. 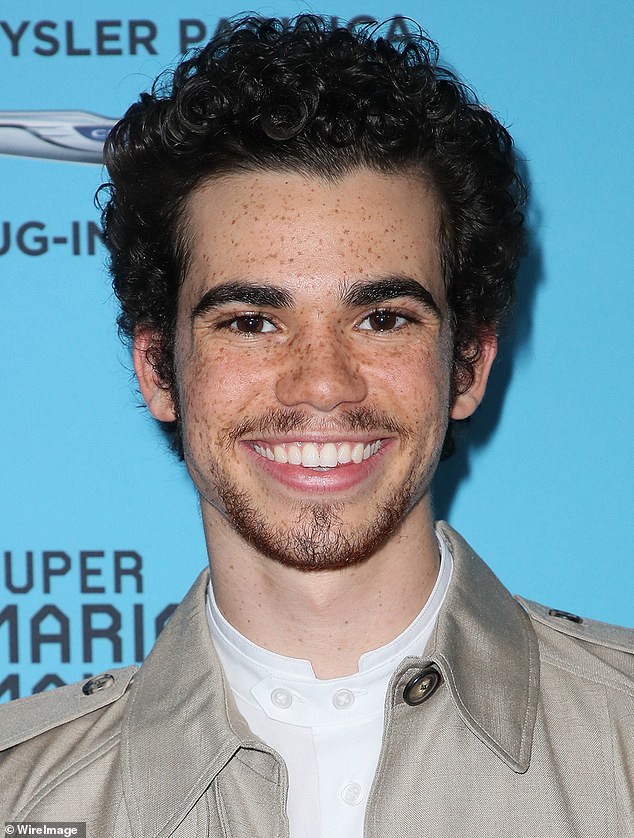 The actor’s death drew many tributes on social media from co-stars that he worked with on TV and film projects.

Boyce was one of the featured dancers on the Disney Channel series Shake It Up that starred Zendaya, 22, and Bella Thorne, 21.

‘Absolutely heartbreaking, my heart goes out to his friends and family,’ Zendaya posted on social media. 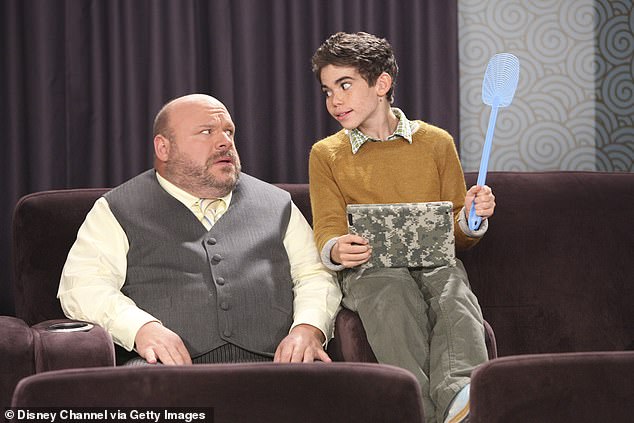 Disney star: Cameron is shown with Kevin Chamberlin in a 2011 still from the Disney Channel series Jessie

His Grown Ups co-star Salma Hayek, 52, who played his mother in the 2010 movie and its sequel three years later, also shared her sadness over his death.

She wrote on Instagram: ‘I had the privilege to play Cameron’s mother in #grownups 1 and 2 and we stayed in touch through the years.

‘He was spirited, talented, kind, generous, funny and a shining light. His joy will live in our hearts forever as he goes on dancing and shining elsewhere. My heart goes to his lovely family. (sic)’

Adam Sandler, 52, who produced and starred in the two comedy films, also paid tribute to the late actor. 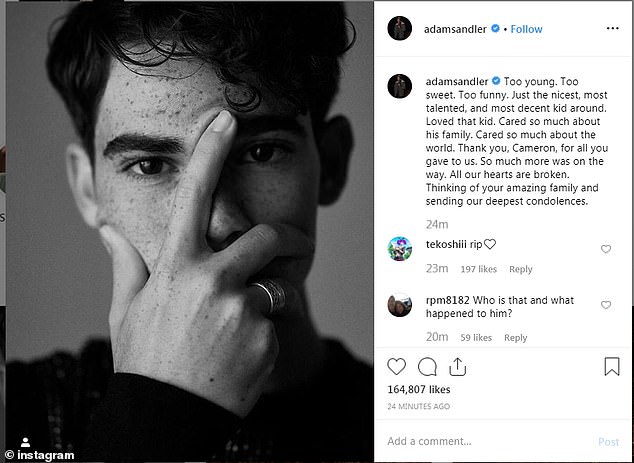 ‘So much more was on the way. All our hearts are broken. Thinking of your amazing family and sending our deepest condolences,’ he added.

Boyce’s family has started the Cameron Boyce Foundation to honor his legacy with its mission to provide ‘young people artistic and creative outlets as alternatives to violence and negativity and uses resources and philanthropy for positive change in the world.’ 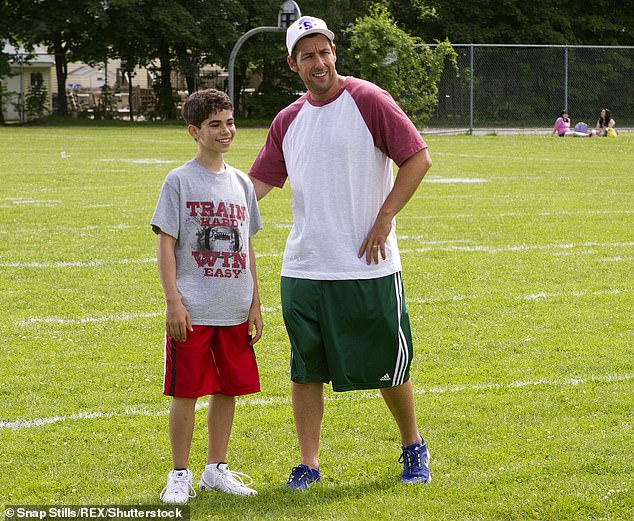 Hollywood star: Cameron is shown with Adam in a still from the 2013 comedy sequel Grown Ups 2