BTS singer Suga, 28, tests positive for COVID-19 after returning with his K-pop band from the United States

Suga, songwriter and rapper for K-pop sensation BTS, has tested positive for the coronavirus.

He was diagnosed after returning from in-person concerts in the United States, the group’s management said on Friday.

Suga, 28, whose real name is Min Yoon-gi, was confirmed to have contracted the virus on Friday during his self quarantine upon his return home on Thursday, according to Bit Hit Music. 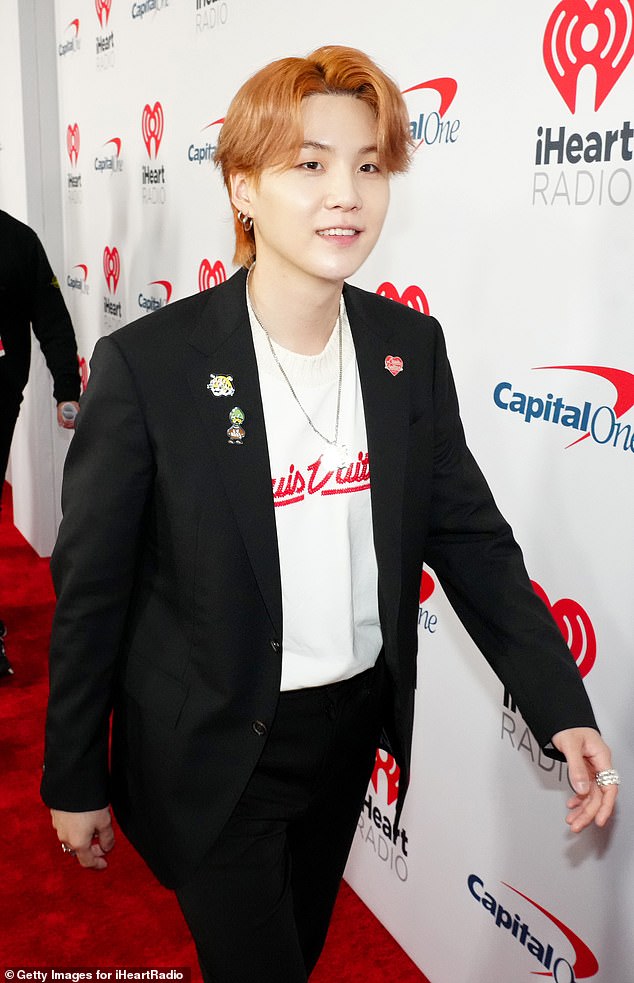 Fell ill: Suga, songwriter and rapper for K-pop sensation BTS, has tested positive for the coronavirus. Seen on December 3 in Los Angeles

He had received his second COVID-19 vaccination in August, had not come in contact with any other members recently and was not showing any symptoms, the company said.

‘He is currently administering self-care at home,’ it said in a statement.

‘We see the artists’ health as our top priority, and will do everything we can to aid SUGA in his speedy recovery.’ 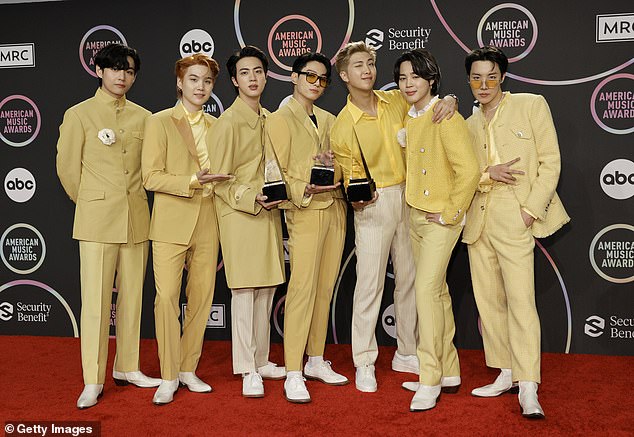 The band: (L-R) V, Suga, Jin, Jungkook, RM, Jimin, and J-Hope of BTS, winners of the Favorite Pop Song, Favorite Pop Duo or Group, and Artist of the Year awards, pose in the press room during the 2021 American Music Awards in November

The band has had ‘a number of personal engagements in the United States’ after holding their first in-person concerts in Los Angeles since the start of the pandemic.

Big Hit has said BTS would take a break https://www.reuters.com/article/us-music-bts-idUSKBN2IL241 over year-end holidays and prepare for a new concert and album.

Since their 2013 debut, BTS has spearheaded a global K-Pop craze with catchy, upbeat music and dances, as well as lyrics and social campaigns aimed at empowering young people.

The group won the top prize of artist of the year at the American Music Awards https://www.reuters.com/lifestyle/bts-storm-back-live-performances-american-music-awards-2021-11-22 for the first time in November, and best pop song for their summer hit ‘Butter,’ among other awards.

As the pandemic swept the world, BTS postponed and then called off what would have been their biggest global tour involving nearly 40 concerts last year, resorting to online shows. (Reporting by Hyonhee Shin; editing by Philippa Fletcher) 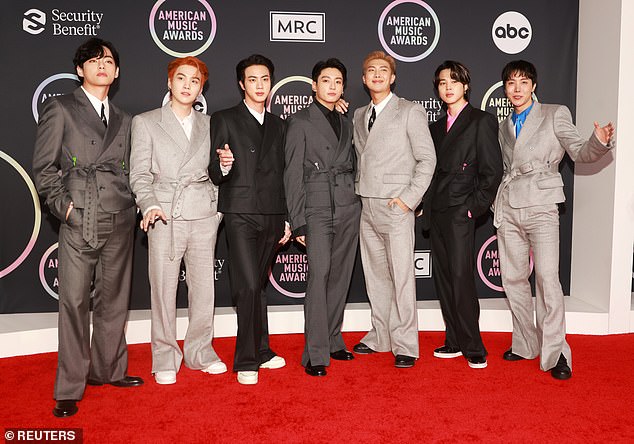 Busy band: The band has had ‘a number of personal engagements in the United States’ after holding their first in-person concerts in Los Angeles since the start of the pandemic. V, Suga, Jin, Jungkook, RM, Jimin and J-Hope of BTS arrive at the 2021 American Music Awards