Brooks Laich has a new lady in his life.

The 38-year-old former hockey player and CrossFit athlete Katrín Tanja Davíðsdóttir shared a public kiss on Sunday during the 2021 NOBULL CrossFit Games in Madison, Wisconsin. In a livestream, Davíðsdóttir, who competed in the event, is seen kissing Laich after finishing her round. The two are all smiles as Laich wears a white shirt with her last name on it. 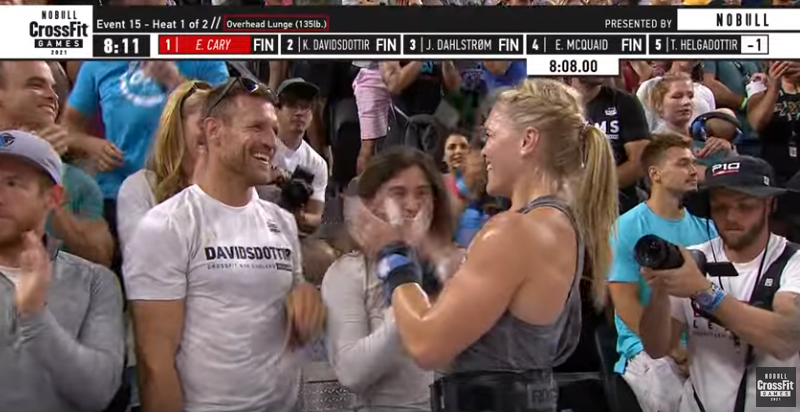 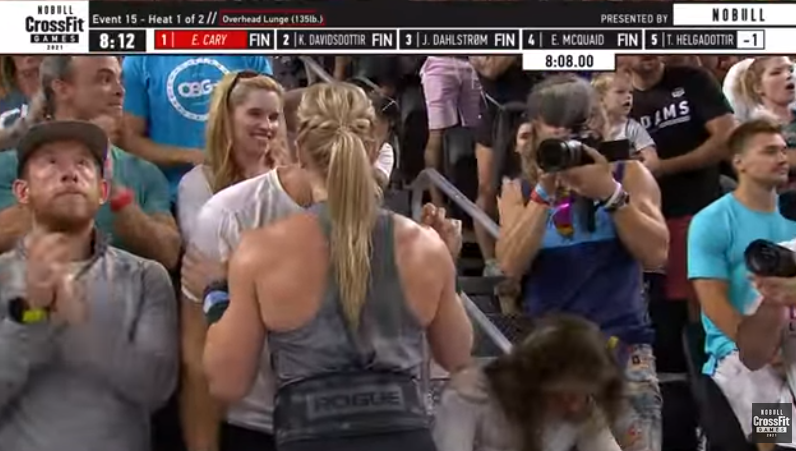 After the event, Laich took to Instagram to praise Davíðsdóttir and her achievements. “You continue to inspire and amaze, and it was an absolute joy to watch you in your element last night!”

In another post, he added, “This weekend I was able to witness @katrintanja compete live for the first time, and I am left more inspired and amazed than I could have ever imagined,” he wrote in part. “So proud of the way she competed this weekend, which was the expression of the hard work she put in to be here. Rest assured the next time she takes the field, I will be there watching – bearing witness to one of the greatest competitors I have ever met!”

Following the weekend’s events, the two appear to have made their way to Hawaii, sharing photos from their time at the Four Seasons Resort Hualalai.

“Hello @fshualalai!! Let the vacation begin! 😎,” he first wrote on Wednesday in a photo of himself in the pool. Davíðsdóttir commented, “ALOHA 👋🏼😍☀️.”

Davíðsdóttir  also posted her own pool-side pic, crediting Laich as the photographer.

“Kicking off this off-season in a place I have been dreaming of coming for yeeeeeeeears .. ALOHA HAWAII 👋🏼🌺☀️🐠🌊🐚 // 📸: @brookslaich,” she wrote.

Laich split with estranged wife Julianne Hough in May 2020 after almost three years of marriage. The pair attempted to reconcile after their separation, before Hough officially filed for divorce in November. A source told ET that time together was “needed” but they decided to go their separate ways.

“Julianne and Brooks gave it their all and finally came to the realization that they aren’t meant to be together,” a source told ET at the time. “The extra time they spent together after their separation was needed and they are both in a good place.”

For more on their split, see below.