It’s the time of the year where white is acceptable.

And with the summer days now upon us, actress Brooke Shields stepped out for a lunch date decked out a white ensemble that’s the creation of her friend, longtime supermodel Helena Christensen.

The Pretty Baby star, 57, looked absolutely radiant as she made her way down the bustling streets of New York City in the eye-catching outfit on Saturday. 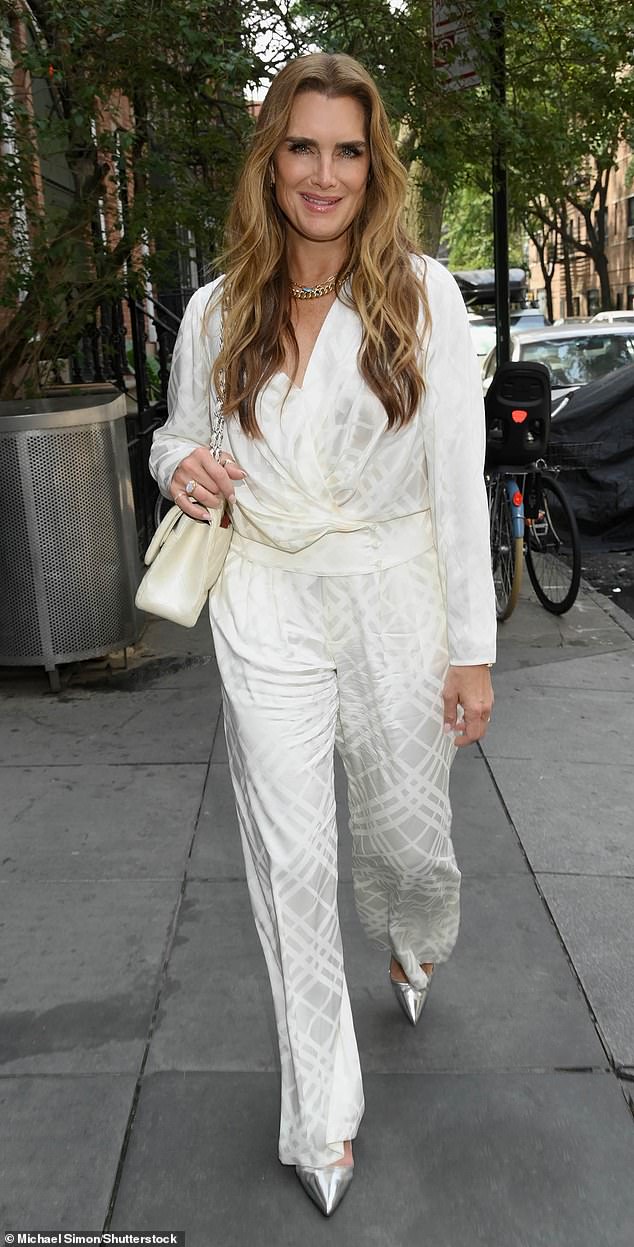 Lady in white: Brooke Shields, 57,  stepped out to a lunch date in new York City on Saturday in an all-white ensemble that was designed by longtime supermodel Helena Christensen

Shields strutted along with confidence in the eye-catching jumpsuit that came complete with a low neckline.

In keeping with the white theme, the actress and model carried a matching purse over her shoulder.

She did stray from the color scheme a bit by wearing a pair of pointed silver heels.

Rounding out her overall look, the New York City native styled her dark brown tresses long and flowing past the middle of her back with added volume and a center part. 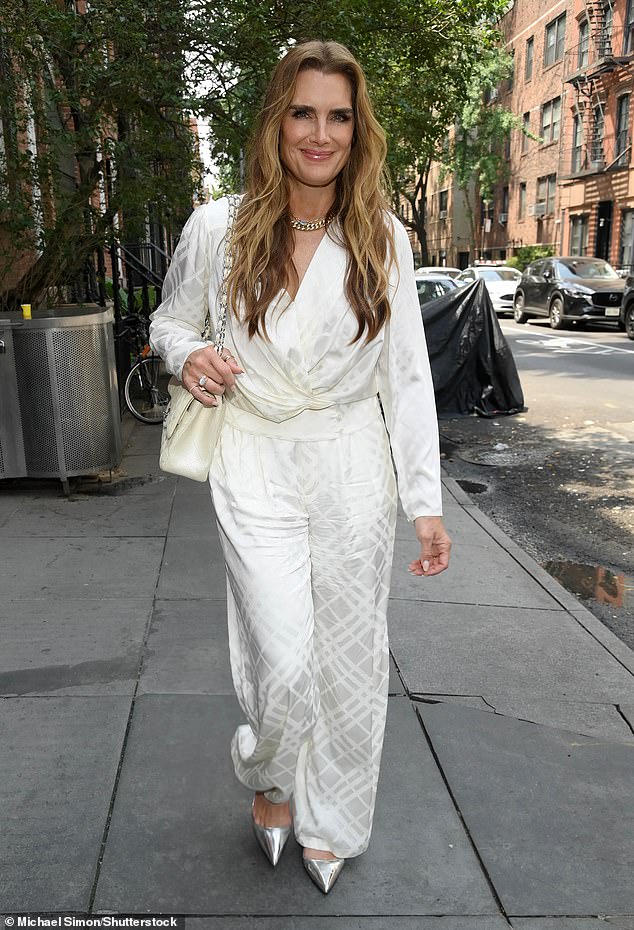 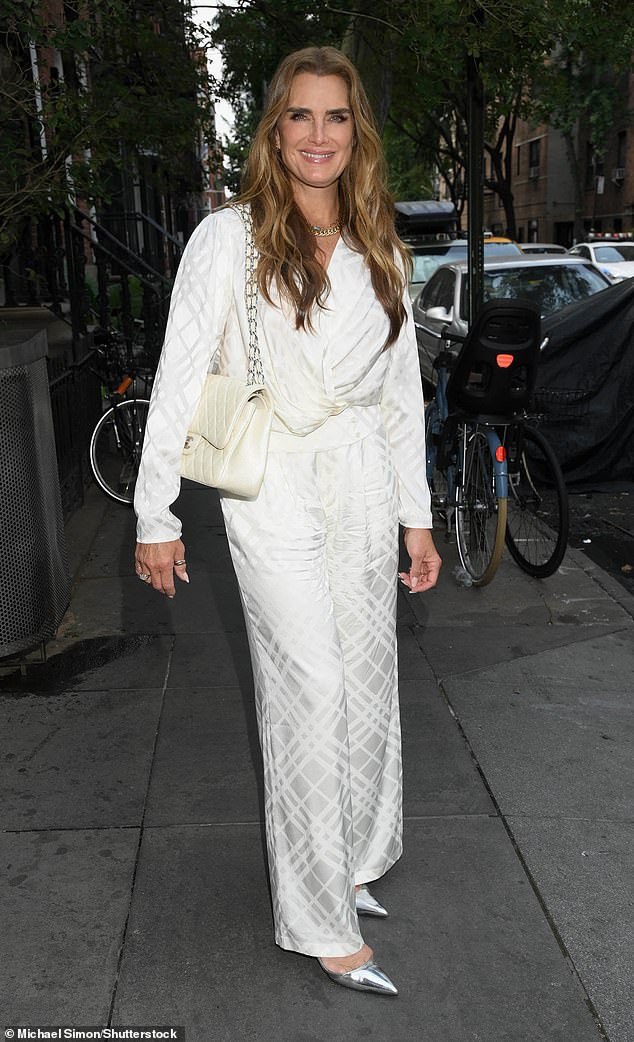 Catwalk skills: The mother of two paused for a moment and dropped a pose or two before continuing on to a restaurant for her lunch date 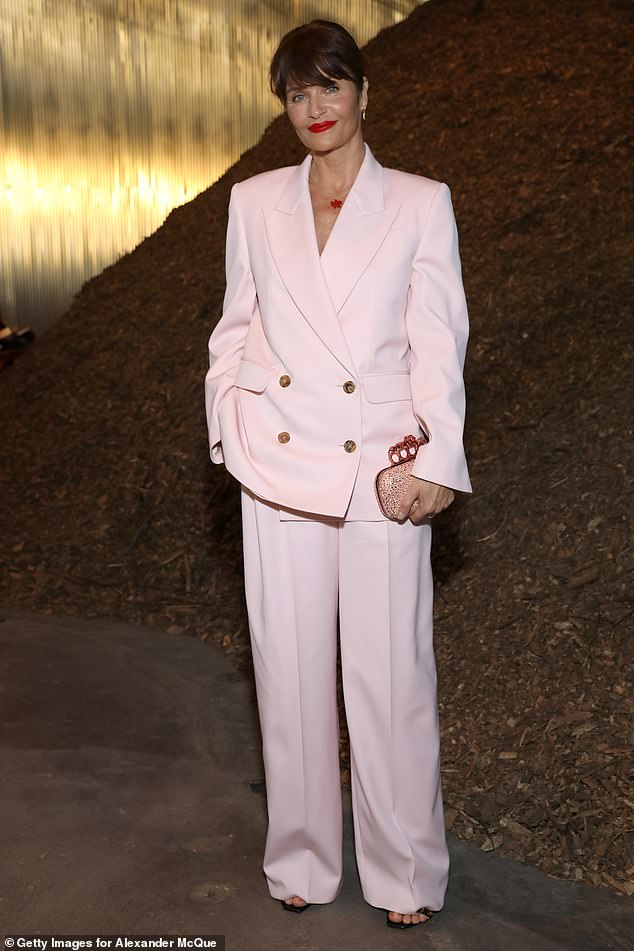 Model and designer: Shields’ white outfit was designed by longtime supermodel Helena Christensen, whom she met when they were among the top models in the late 1989s and 90s; the 53-year-old is pictured in Brooklyn, New York on March 2022

Focused on the walk ahead of her, it didn’t take long before Shields took notice of the admiring photographer and flashed a glowing smile.

At one point, the Blue Lagoon star stopped to cross a street, but paused to strike a pose or two.

Moments later, she continued on with her casual stroll to a restaurant for lunch.

Being top models dating back some four decades, Shields and Christensen worked together at times and eventually became good friends.

While Shields has been one of the most sought-after models as a child, teen and adult, she went on to have successful career in film.

But even with all the success she calls her role as a mother to daughters Rowan, 19, and Grier, 16, ‘the greatest joy in my life.’

The proud mom shares her girls with husband of more than 21 years, Chris Henchy,

When she’s not working on her career or spending time with family, Shields directs her attention to her non-profit, Beginning is Now, which is ‘a global community consisting of women of all ages finding strength, wisdom, optimism, humor, and so much more in each other,’ according to the organization’s website.

The actress has been voicing the role of Beverly Goodman in the adult animated sitcom The Momma Named Me Sheriff. The show premiered on Adult Swim on November 18, 2019, and has since gone on to air two seasons.