Britney Spears’ little sister Jamie Lynn is reportedly in the preliminary phase of starting a podcast as part of her Hollywood comeback.

She is allegedly planning to host a podcast giving a candid account of life in showbiz – and her famous sister, TMZ reports.

Jamie Lynn, 30, has been hitting the headlines for her gossipy memoir after her promotional efforts set off a seething feud with Britney. 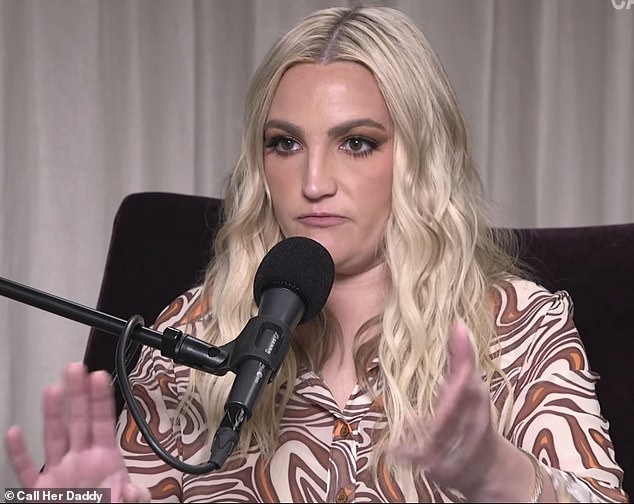 New venture: Britney Spears’ little sister Jamie Lynn is reportedly in the early stages of starting a podcast as part of her comeback; she is pictured as a guest on the Call Her Daddy podcast

Jamie Lynn apparently wants to have guests on her show, which is to be a frank forum with no subject off the table, it is claimed.

The podcast is said to be a final step in a three-stage comeback that began with the memoir and her decision to start acting again.

Jamie Lynn, who was a child star on the Nickelodeon sitcom Zoey 101 during Britney’s pop stardom, has returned to television in a digital format.

She is in the cast of the Netflix show Sweet Magnolias, which TV Guide reported this week is the most watched series on the streaming platform. 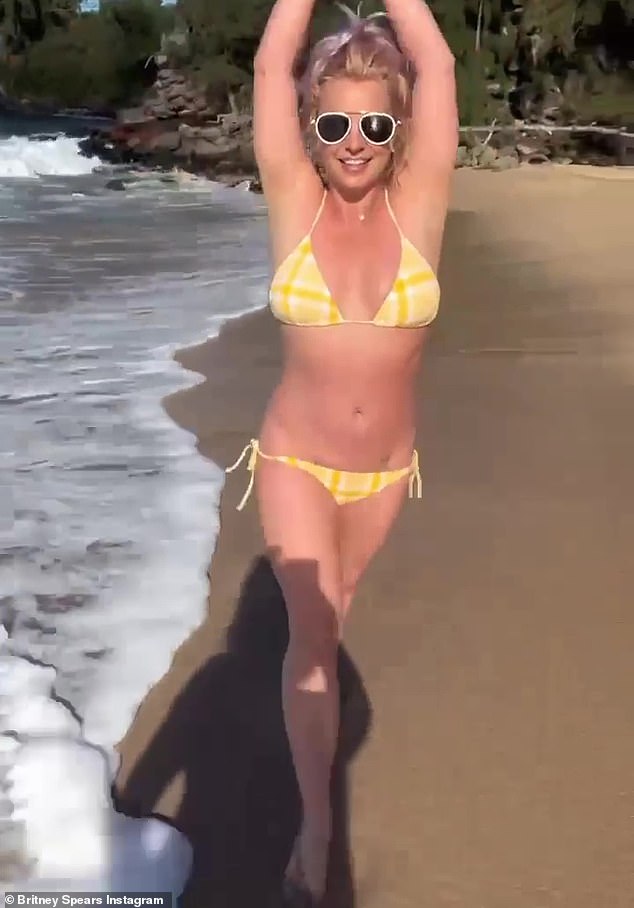 Family matters: Jamie Lynn, 30, has been hitting the headlines for her gossipy memoir after her promotional efforts set off a seething feud with Britney (pictured)

Meanwhile her memoir Things I Should Have Said was published last month and was a bestseller at first – only for Britney fans to swarm into the online reviews.

Just two days after the book came out, it tumbled to 95th place on Amazon, which reduced its hardcover price, according to the Daily Beast.

Jamie Lynn’s book came out just months after Britney was finally released from her controversial conservatorship after 13 years. 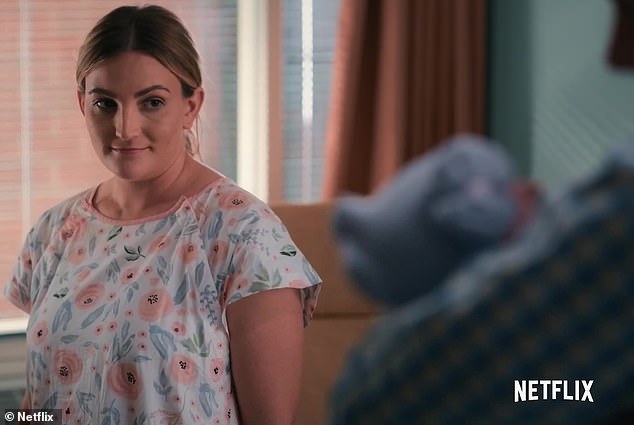 New work: Jamie Lynn is in the cast of the Netflix show Sweet Magnolias (pictured), which TV Guide reported this week is the most watched series on the streaming platform

Jamie first obtained his conservator status over Britney after her notorious breakdown during 2007 and 2008.

Since she was freed, Britney has waged a public war of words on her family for the way she alleges she was treated during the conservatorship.

Then while Jamie Lynn was doing publicity for the memoir she aired out a series of eye-catching allegations about Britney.

Jamie Lynn claimed her older sister once locked them both in a room with knife in hand, and described her behavior at one point as ‘erratic, paranoid and, spiraling.’ 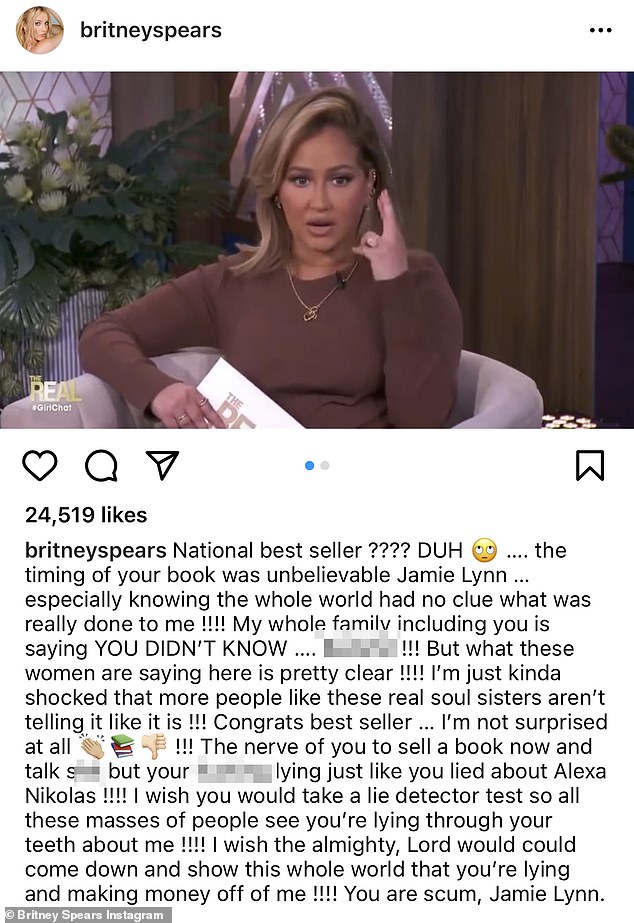 ‘You are scum, Jamie Lynn’: Britney has waged a public war of words with Jamie Lynn over the memoir, challenging the new author to ‘take a lie detector test’

Britney categorically denied the knife story and retaliated by calling her sister a ‘scum person’ for telling ‘crazy lies’ about her.

As the bad blood between them rose to a boil, Britney also expressed regret that she had not ‘slapped you and Mamma right across your f***ing faces!!!!!’

During the week of the book’s release, Britney’s counsel sent Jamie Lynn a cease and desist over the ‘misleading or outrageous claims’ in the book.

In a strange recent turn, Jamie Lynn liked an Instagram video Britney posted last week captioned: ‘Me and the song Bad Liar. How appropriate is that ???’