‘I have no justice at all’: Britney Spears accuses father Jamie ‘trying to kill’ her and says she hopes ‘he burns in hell’ as she reflects on having ‘no rights’ during conservatorship

Britney Spears said she feels like her father Jamie was ‘trying to kill’ her and that she hopes he ‘burns’ in hell in new audio she released on Twitter Monday.

The Grammy-winning singer, 40, who has 56 million followers on the platform, took aim at her father less than a year after the 13-year conservatorship he presided over was ended.

The …Baby One More Time artist referred to a series of MRIs she had to undergo before she was placed in a treatment facility amid the earlier days of her conservatorship. 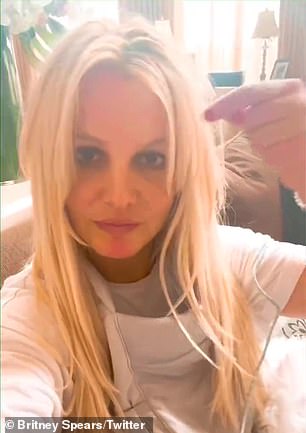 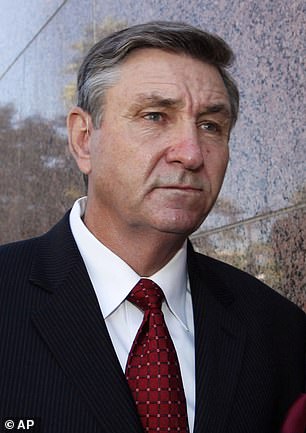 The latest: Britney Spears, 40, said she feels like her father Jamie, 70, was ‘trying to kill’ her and she hopes ‘he burns’ in hell in new audio she released on Twitter Monday

‘I had three MRIs before I went to that place, I wasn’t complaining about anything, I was just told I had to go, it was my dad and I had no rights at the time, so I basically had to,’ Spears said.

The Oops!… I Did It Again vocalist questioned why she had to go in for frequent MRIs when she remembered having one at the age of eight to check for a cyst.

‘To me, the whole thing didn’t make sense – the isolation, the nurses, the vials of blood, the constant communication,’ Spears said, adding that she thought she could have been being examined for cancer her family and team was not telling her about. 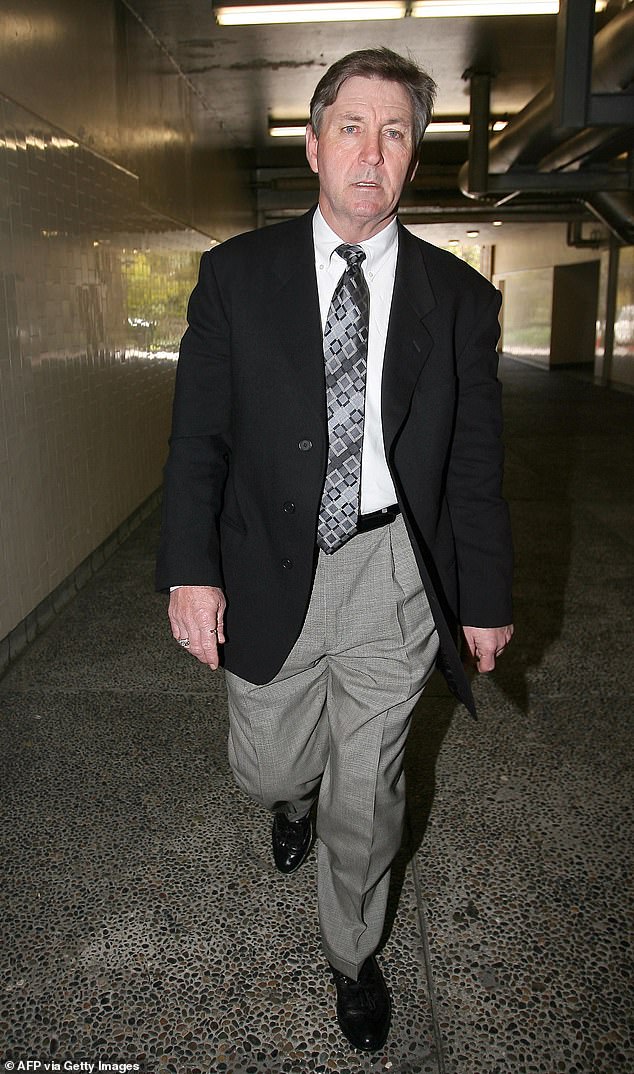 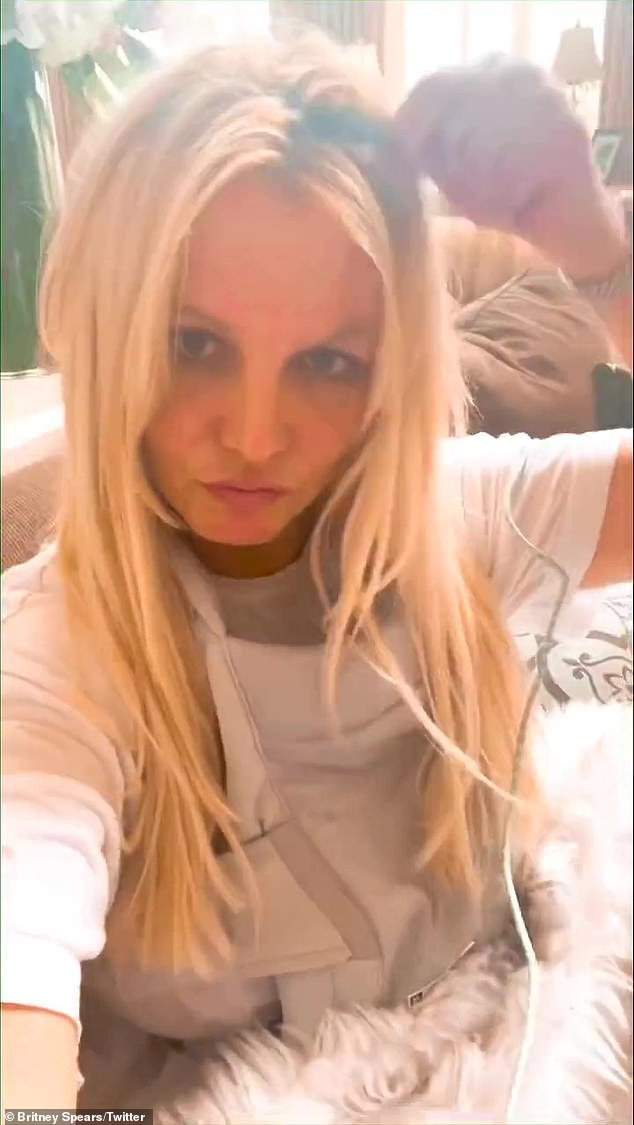 ‘None of that is true – I’m fine, I’m alive,’ the Toxic artist said. ‘And the conclusion, the hardest thing is to know that they were just being mean and that I really felt like my dad was trying to kill me and I hope he burns in f***ing hell.’

Spears followed up on her sentiments in a series of tweets in which she said that she felt those who had subject her to abusive conditions have escaped legal consequences.

‘I’m posting this for the second time today because I believe in a world where we all deserve justice!!!’ she said, adding, ’15 years in a system of secretive and manipulative abuse … JUST ENDING IT has never been good enough for me and it will never be!!! 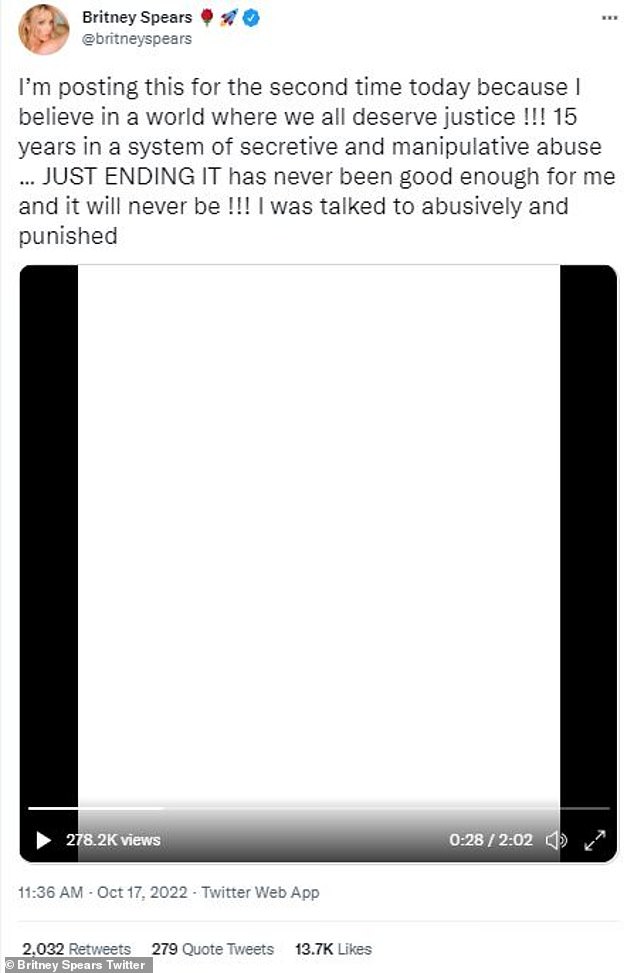 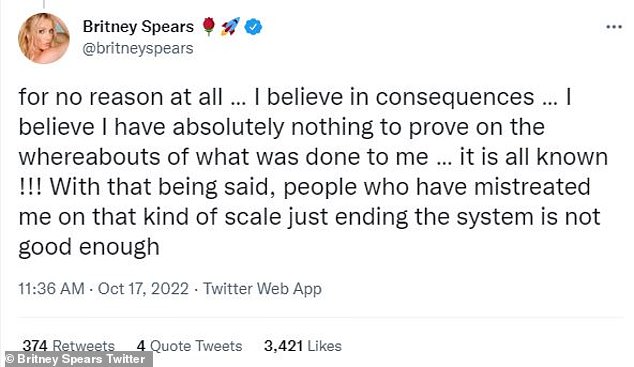 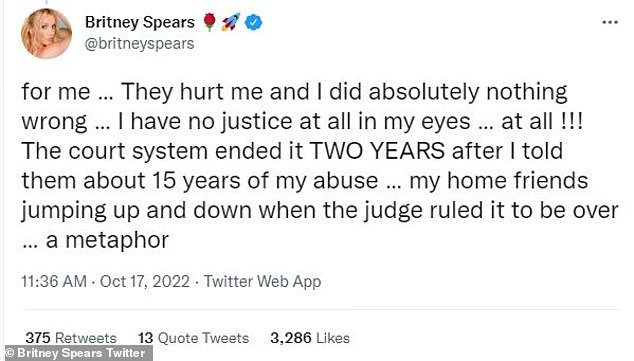 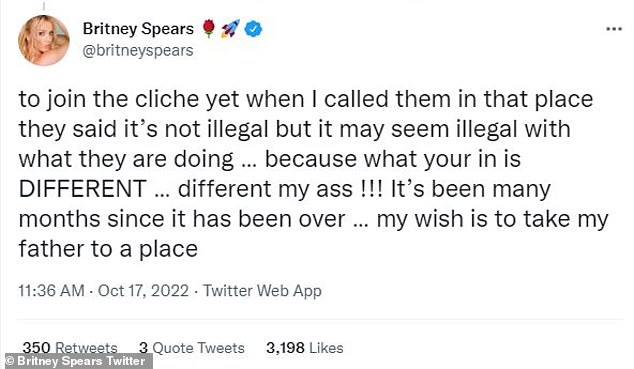 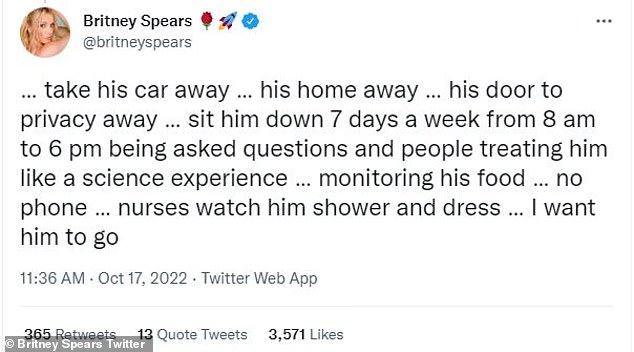 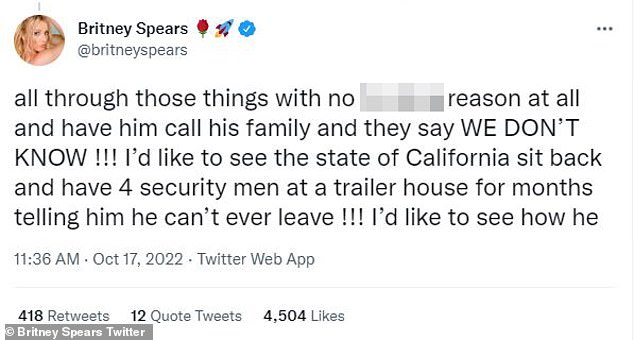 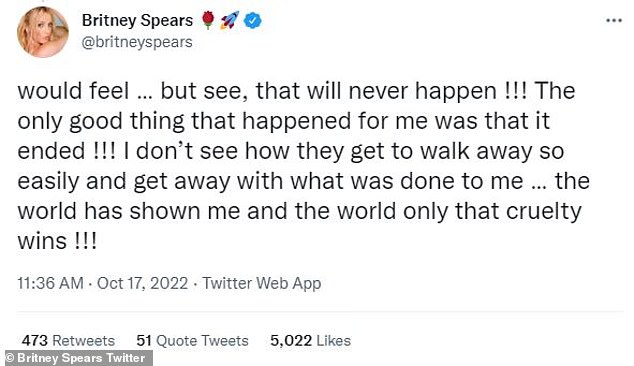 Spears vented in a series of tweets on social media Monday

‘I was talked to abusively and punished for no reason at all … I believe in consequences … I believe I have absolutely nothing to prove on the whereabouts of what was done to me … it is all known!!! With that being said, people who have mistreated me on that kind of scale just ending the system is not good enough for me … They hurt me and I did absolutely nothing wrong.’

Spears said she felt that justice was not served ‘at all,’ as ‘the court system ended it TWO YEARS after I told them about 15 years of my abuse.’

She opened up on the punishment she hoped would be meted on her father, drawing parallels to the injustices she said she faced.

She said: ‘My wish is to take my father to a place … take his car away … his home away … his door to privacy away … sit him down 7 days a week from 8 am to 6 pm being asked questions and people treating him like a science experience … monitoring his food … no phone … nurses watch him shower and dress … I want him to go all through those things with no f–king reason at all and have him call his family and they say WE DON’T KNOW!!!’

Spears continued: ‘I’d like to see the state of California sit back and have 4 security men at a trailer house for months telling him he can’t ever leave!!! I’d like to see how he would feel … but see, that will never happen!!!’

Spears said the only positive aspect to her experience is that it ended, and she remains confused at the lack of accountability for some involved.

‘I don’t see how they get to walk away so easily and get away with what was done to me,’ she said. ‘The world has shown me and the world only that cruelty wins!!!”