Billie Piper on married life with Chris Evans: ‘I was a popstar and then I got drunk for five years with an old man’

Billie Piper has described her booze-fuelled marriage to Virgin Radio DJ Chris Evans as being drunk ‘for five years with an old man’.

The former child star said she had a lot of ‘baggage’ to deal with when she moved into acting after her pop career fizzled out, having married Evans, then aged 35, in 2001 when she was 18. ‘A lot of it was just tabloid fodder,’ she told The Guardian.

‘Rather than “Oh, she was a pop star” it was more, “She was a pop star, then she got p***ed for five years with an old man.” I think that was the lasting image when I walked into an audition room.’

The couple split when she was 21 and divorced in 2007, but remain close friends, she says, hailing their relationship as a happy experience. 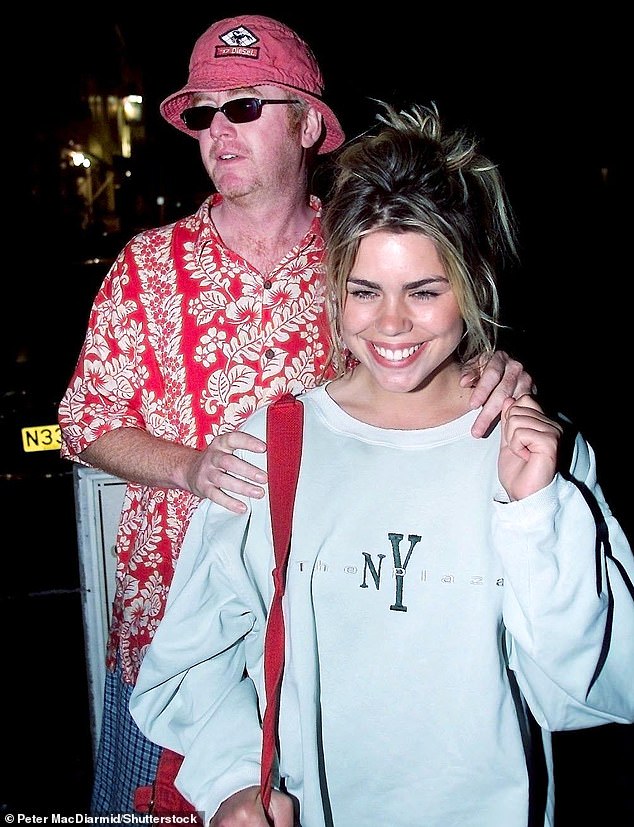 Relationship: Billie Piper (right) has described her booze-fuelled marriage to Virgin Radio DJ Chris Evans (left) as being drunk ‘for five years with an old man’

‘Loved it. Loved that time. Learned so much,’ she says. ‘Really needed it, after the experiences that I’d had, leading up to that point. And I felt like I’d actually found a real friend.

‘I guess meeting someone who had experienced [fame] for 20 years, at that level, it was very nurturing. And also very drunken, which I needed. I had a lot of fun during those years.’ 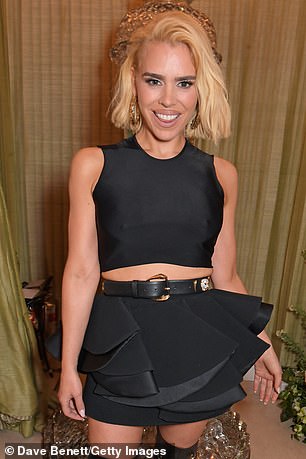 Glamorous: Piper, pictured, in her outfit for the British Vogue and Tiffany & Co. Fashion and Film Party 2022

She was thrust back into the spotlight when she starred in Doctor Who alongside Christopher Eccleston and then David Tennant until she left her permanent role in the show in 2008.

‘Anyone who liked Doctor Who was drawn to the character, and that was great. Although it made me very famous again, which I had an issue with,’ she says.

Now 40, the mother-of-three has been in a relationship with musician Johnny Lloyd since she divorced her second husband, the actor and activist Laurence Fox, in 2016. Ms Piper is set for the return later this month of I Hate Suzie, the Sky Atlantic series she co-created with Succession writer Lucy Prebble.

The drama follows the misadventures of Suzie Pickles, a former teen pop star turned sci-fi actor whose life falls apart as she struggles to contend with the downside of fame – a character Piper has insisted is not autobiographical.

She says she now feels better able to assess the highs and lows of growing up in public, adding: ‘Fame is awful. It’s gross. It’s such a dark thing. And it will change your everyday experience of life in a way that is depressing, frankly, in my experience of it. When I imagine some of my happiest, and my free-est times, most of them are pre-fame.’ 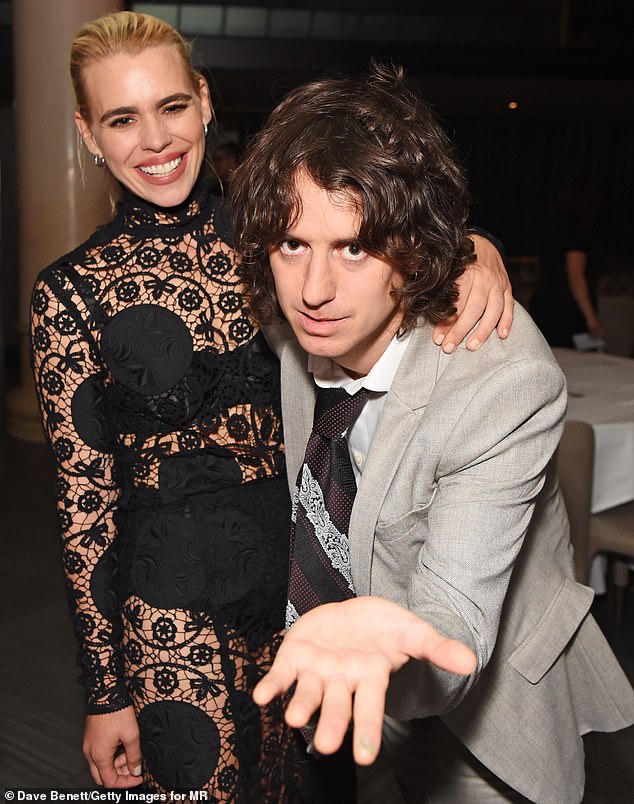 Stars: Piper and Johnny Lloyd (right) attend the launch of the Mr Porter charitable fund ‘The Mr Porter Health and Mind Fund’ at Quaglino’s on October 10, 2019