The annual British Academy Television Awards sees the industry’s leading stars up the style ante for an evening of sophistication and glamour.

But Suranne Jones, Kate Garraway and Jennifer Metcalfe all missed the fashion mark with their kooky numbers as they led the worst dressed list during the annual event at London’s Royal Festival Hall on Sunday evening. 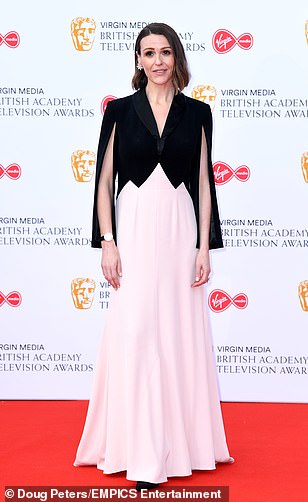 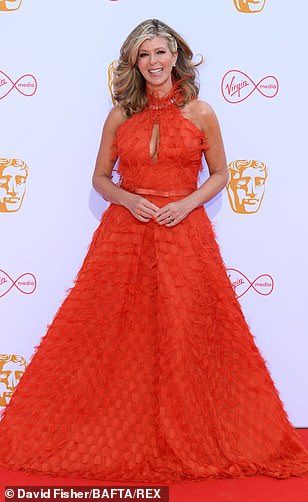 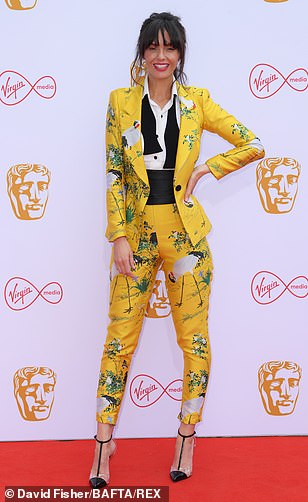 Taking a style risk with her colour-contrasting ensemble, the British actress boosted her frame in a pair of towering black heels, which kept in theme with her gown’s dark-toned bodice.

GMB presenter Kate, 52, dared to stand out from the crowd in an orange feathered dress, embellished with a keyhole detail which highlighted her ample assets.

The host’s footwear and jewellery were overshadowed by her vibrant tasseled gown, which covered the presenter in feathers from neck to toe. Journalist Kate wore her blonde locks in glossy curls, while opting for a full face of dewy make-up.

Tassels galore: GMB presenter Kate, 52, dared to stand out from the crowd in an orange feathered dress, embellished with a keyhole detail which highlighted her ample assets

Pop of colour: Mercedes McQueen actress Jennifer styled her dark tresses into a loose up-do and finished her ensemble with a statement red lip

Hollyoaks star Jennifer, 36, narrowly missed nailing androgynous chic with her tuxedo-style two-piece as the garment’s floral and animal printing distracted attention away from its flattering shape.

The soap star teamed the unusual tropical print with a fitted black cumberband and tie, which hung loose around her neck.

Mercedes McQueen actress Jennifer styled her dark tresses into a loose up-do and finished her ensemble with a statement red lip. Her look was a start contrast to the array of floor-length gowns that were on display at the awards showcase. 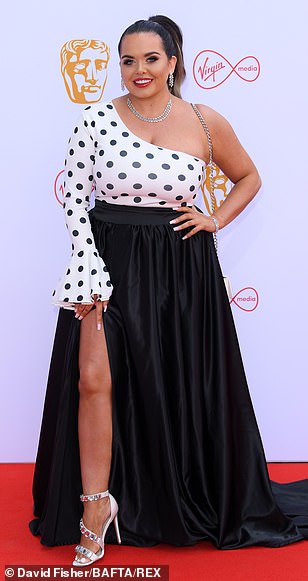 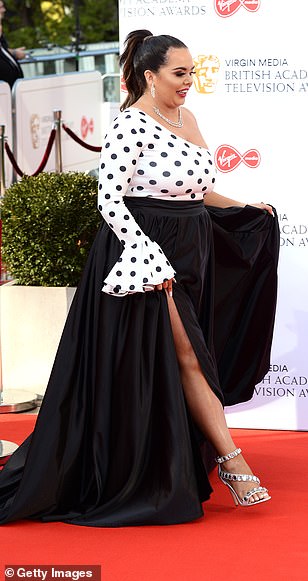 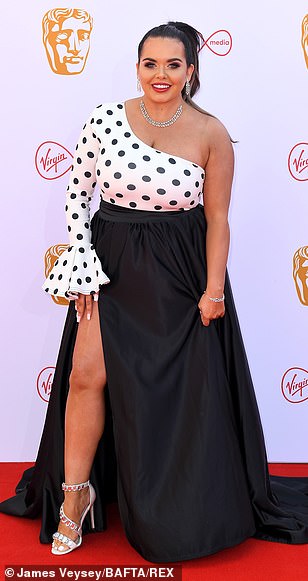 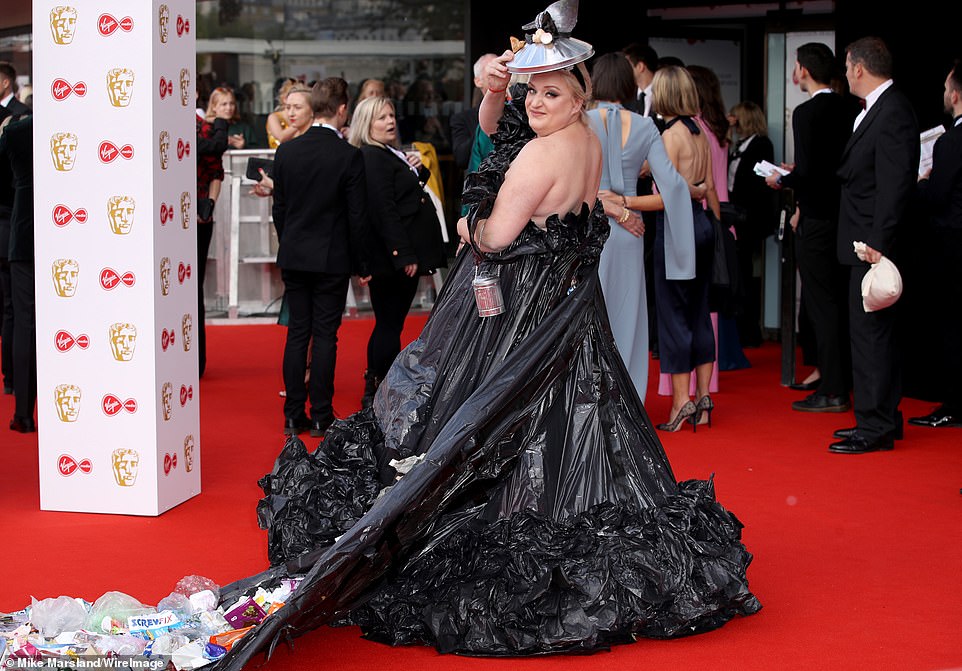 The BAFTA TV Awards is an annual celebration of the best British and international viewing offered to UK audiences.

This year, BBC America’s Killing Eve has swept the board with a whopping 14 nominations, with the hit thriller series’ leading stars Jodie Comer and Sandra Oh both up for the Leading Actress gong.

The spy-action thriller is also up for the Drama Series award, as well as Must-See Moment, which is voted for by the public, with its chilling last scene when Eve, played by Oh, stabs Villanelle, played by Comer.

Killing Eve’s creator, Phoebe Waller-Bridge, is nominated for the Writer: Drama gong, while Fiona Shaw, who plays Carolyn Martens, and Kim Bodnia, who plays Konstantin, are also up for Supporting Actress and Actor at the star-studded annual extravaganza.

A League of Their Own – WINNER

Would I Lie To You?

Iran Unveiled: Taking On The Ayatollahs

Bodyguard is nominated for Drama Series

David Mitchell for Would I Lie To You?

Lee Mack for Would I Lie To You?

Rachel Parris for The Mash Report

The Great British Bake Off

Who Do You Think You Are? – WINNER

FEMALE PERFORMANCE IN A COMEDY PROGRAMME

Daisy May Cooper in This Country

Jessica Hynes in There She Goes

Chance Perdomo for Killed By My Debt 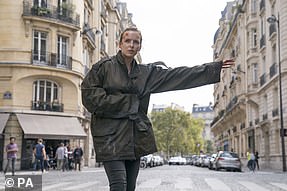 Jodie Comer is nominated for Leading Actress in Killing Eve

Stand Up To Cancer

MALE PERFORMANCE IN A COMEDY PROGRAMME

Steve Pemberton for Inside No. 9 – WINNER

Bullying and Harassment in the House of Commons

I’m a Celebrity… Get Me Out Of Here!

The Mind of Herbert Clunkerdunk

My Dad, the Peace Deal and Me

Killed By My Debt

Through The Gates: On The Edge

Bros: After the Screaming Stops

Superkids: Breaking Away from Care

Stephen Graham for Save Me

VIRGIN MEDIA’S MUST-SEE MOMENT (voted for by the public)

CORONATION STREET: Gail’s Monologue on the Suicide of Aidan Connor

DOCTOR WHO: Rosa Parks, The Doctor and Her Companions Make Sure Historical Moments Remain 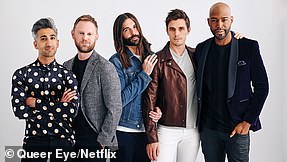 Georgia Christou (Writer) Through the Gates: On the Edge 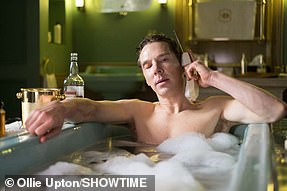 Benedict Cumberbatch is nominated for Leading Actor in Patrick Melrose

Charlotte Holdich for The Long Song

Marianne Agertoft for The City and The City

David Soutar, Joe Pearlman for Bros: After the Screaming Stops

James Rogan for Stephen: The Murder that Changed a Nation

Mahalia Belo for The Long Song 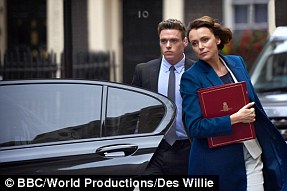 Keeley Hawes is nominated for Leading Actress in Bodyguard

Barbara Wiltshire for Inside No.9 Live: Dead Line – WINNER

Bridget Caldwell for The Royal British Legion’s Festival of Remembrance

Liz Clare for The Voice UK

Matt Lowe for Drowning in Plastic

Will Gilbey for Bros: After the Screaming Stops  – WINNER 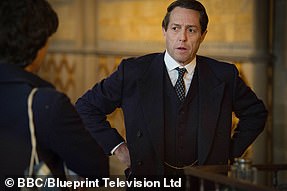 PHOTOGRAPHY: FACTUAL sponsored by The Farm

Stuart Bernard for The Mighty Redcar

Maria Djurkovic and Tatiana Macdonald for The Little Drummer Girl

Kent Houston, Freefolk and Asa Shoul for The Alienist (Episode 1)

Alan Smith and Mark Roalfe for The 2018 Winter Olympics – WINNER

Daisy May Cooper and Charlie Cooper for This Country – WINNER

WRITING TEAM for Cunk on Britain

Lennie James for Save Me