Ashley Graham EXCLUSIVE: Model shows off her growing baby bump as she does yoga in a pink bikini while in Jamaica with her family

Ashley Graham put her growing baby bump on display while vacationing with her family in Jamaica on Friday.

The 33-year-old television presenter soaked in the sun wearing an array of sexy swimsuits.

And at one point was seen doing a bit of yoga before chatting with her husband and son.

The model shares her toddler, Isaac Menelik, with her husband of over a decade, Justin Ervin, and the two are currently prepping for the arrival of their newest child. 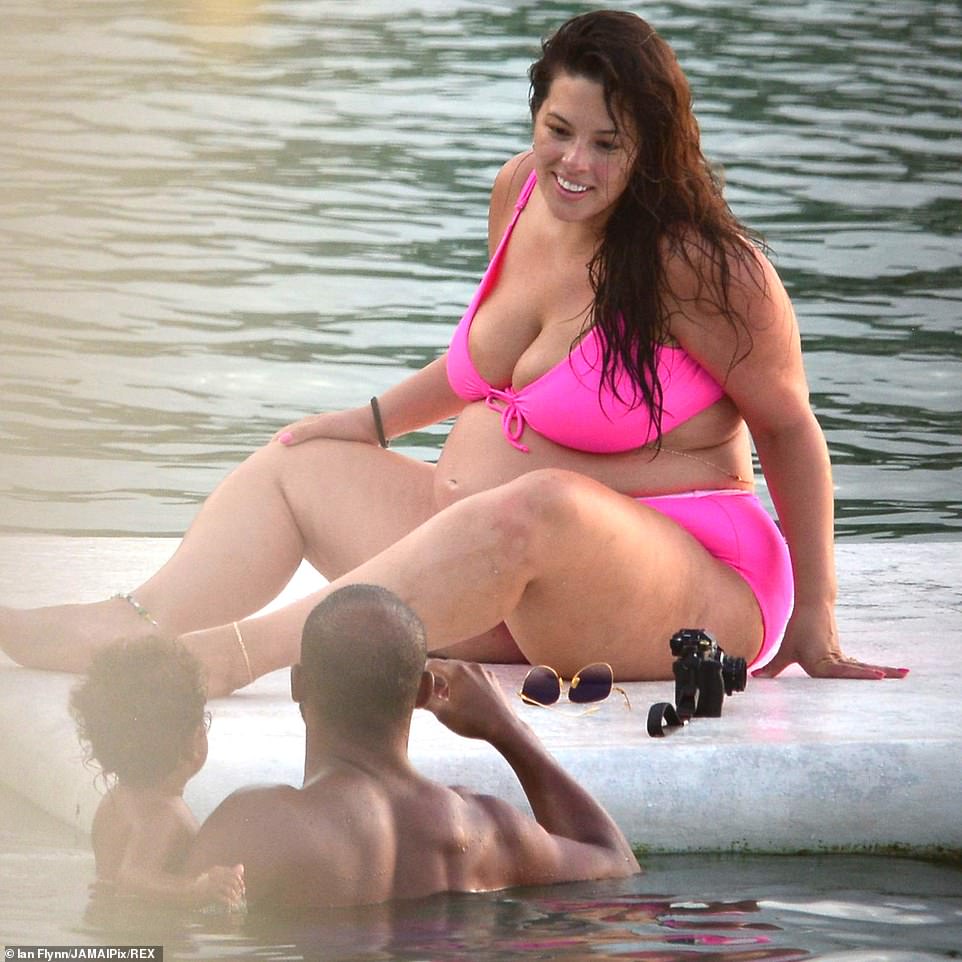 Summertime fun: Ashley Graham was seen spending time with her family while vacationing in Jamaica on Friday

Graham was first seen wearing a bright orange bikini top while playing with her son in the water.

The social media personality also sported a matching bottom, as well as a single gold waist chain that added a bit of shine to her outfit.

She accessorized with a stylish pair of sunglasses and several earrings during the beach trip.

The model also covered up part of her beautiful brunette hair with a bandana, which she later removed. 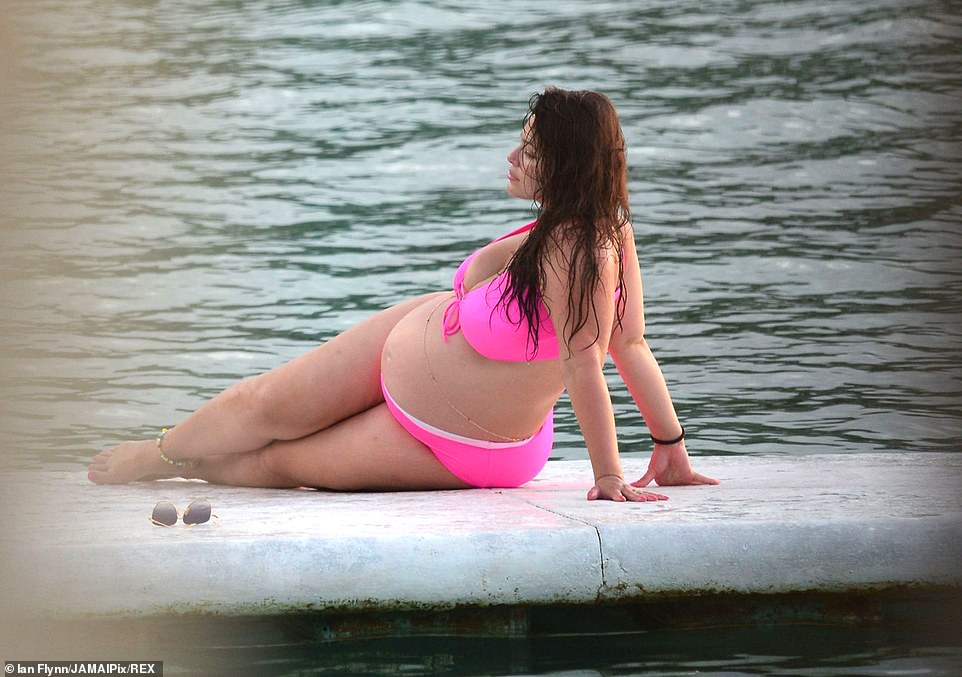 Starting strong: Graham and Ervin initially met during a church service and eventually tied the knot in 2010 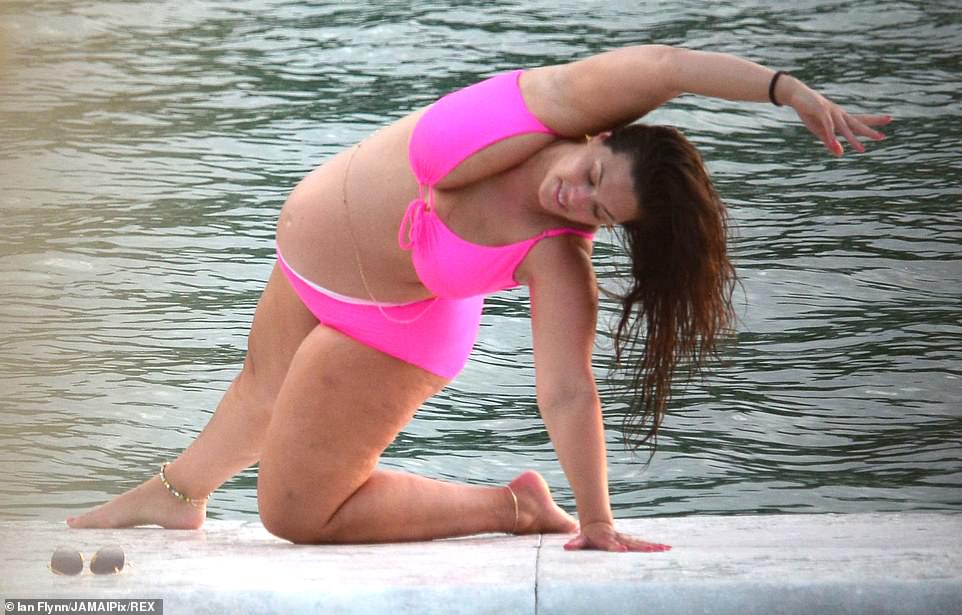 Stretching out: The reality television figure was also seen doing a bit of yoga while enjoying the tropical climate 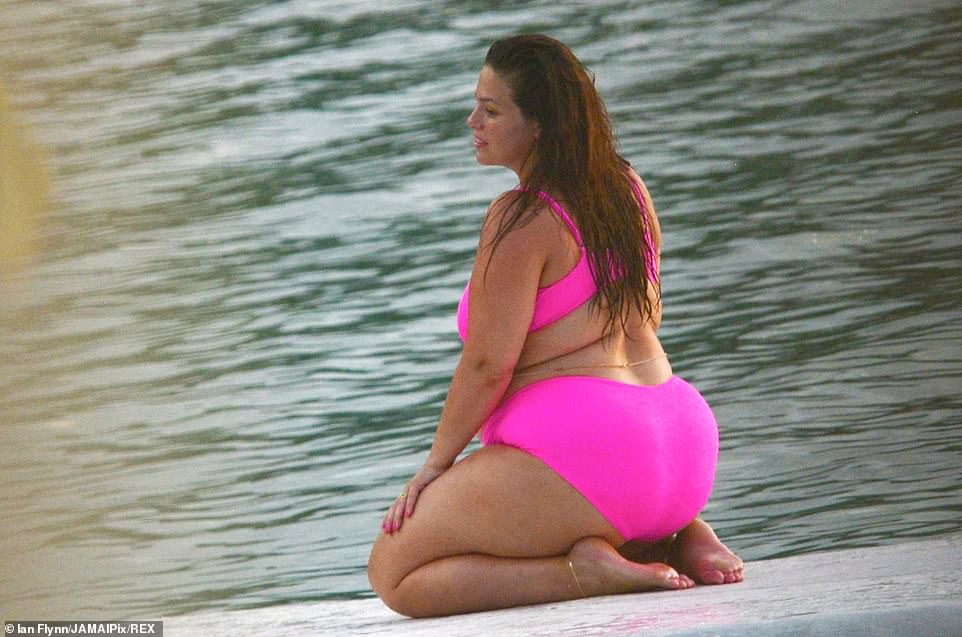 Graham later changed into an eye-catching neon pink bikini during her yoga session.

Her luscious locks remained free-flowing as she stretched out and got a bit of sun.

The reality television figure wore two anklets and kept a stylish pair of aviator-style sunglasses next to her as she hit a few poses.

At one point, she was seen talking to her husband, who held Isaac Menelik close to him as the happy couple chatted. 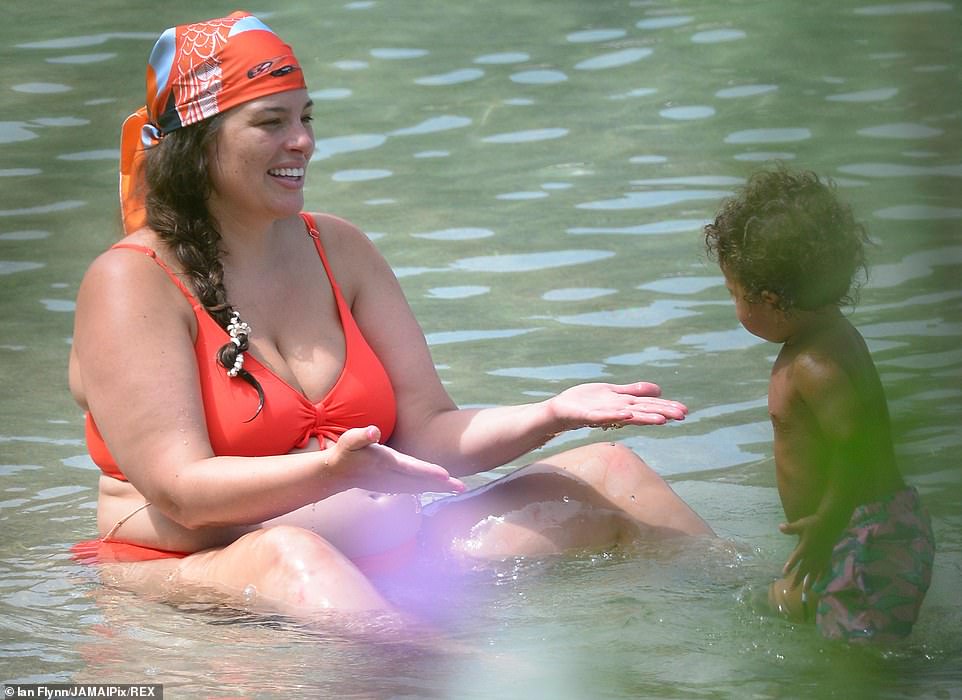 Mommy: The model shares her toddler, Isaac Menelik, with her husband of over a decade, Justin Ervin, and the two are currently prepping for the arrival of their newest child

Switching out: Graham was also seen wearing a bright orange bikini at one point. The model also sported a pair of tinted sunglasses and several articles of jewelry

Graham and Ervin initially met over ten years ago when the two were attending a church service.

The pair moved quickly with their relationship and eventually tied the knot in 2010 after roughly a year of dating.

The happy couple remained together for nearly a decade before they announced that they would be welcoming a child into their lives in 2019.

The model revealed that she was expecting a boy that November, and she gave birth to Isaac Menelik last January. 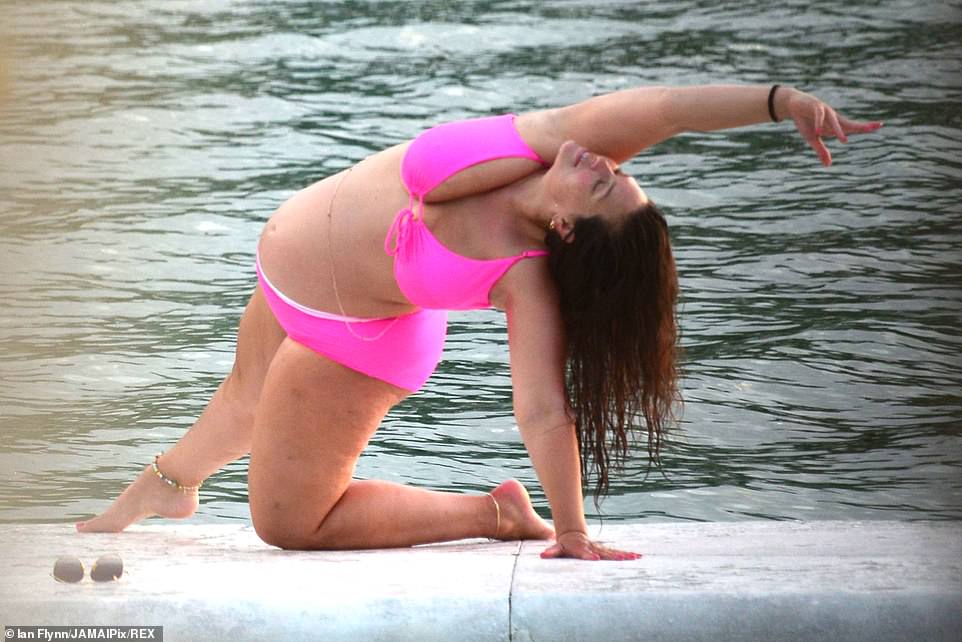 Starting a family: The pair announced that they were expecting a child in 2019, and the model gave birth the following year

She also wrote a brief message, which she began by expressing that she had learned plenty of new things in the recent months.

Specifically, it read: ‘the past year has been full of tiny surprises, big griefs, familiar beginnings and new stories.

The television presenter then wrote that she was excited to welcome her new child into her life and to see what the future held for her family. 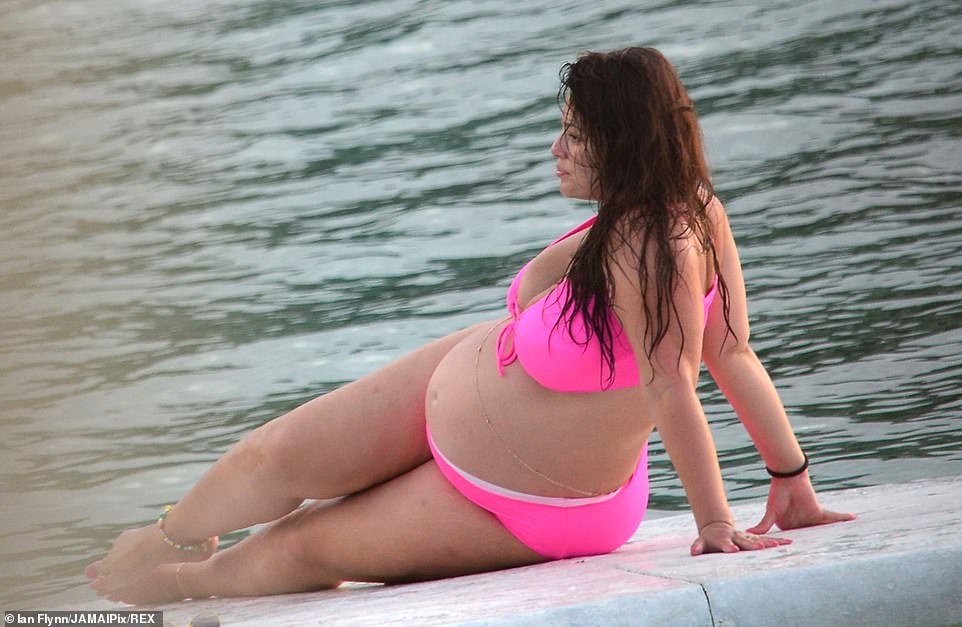 Making it known: Graham went on to announce that the couple was expecting a second child through her Instagram account this past July 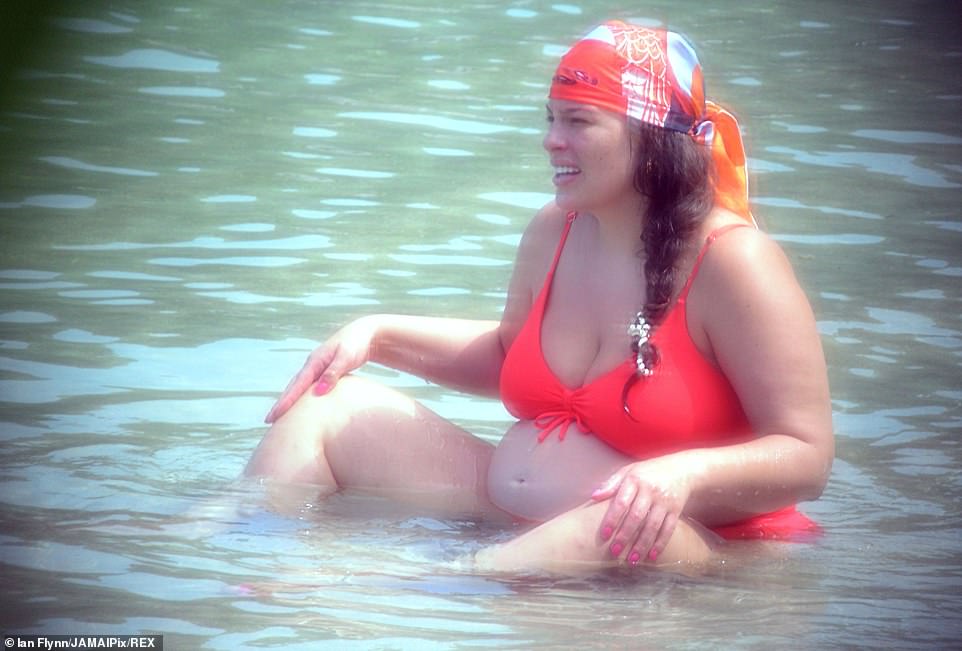 Looking back: The reality television figure wrote that her past year was full of ‘tiny surprises, big griefs, familiar beginnings and new stories’ in the post’s caption

‘I’m just beginning to process and celebrate what this next chapter means for us,’ she noted.

Graham has taken to sharing various shots featuring her growing baby bump to her Instagram account in the weeks since the announcement.

She later spoke to Elle and told the media outlet that her second pregnancy has taken up much more energy than her first. 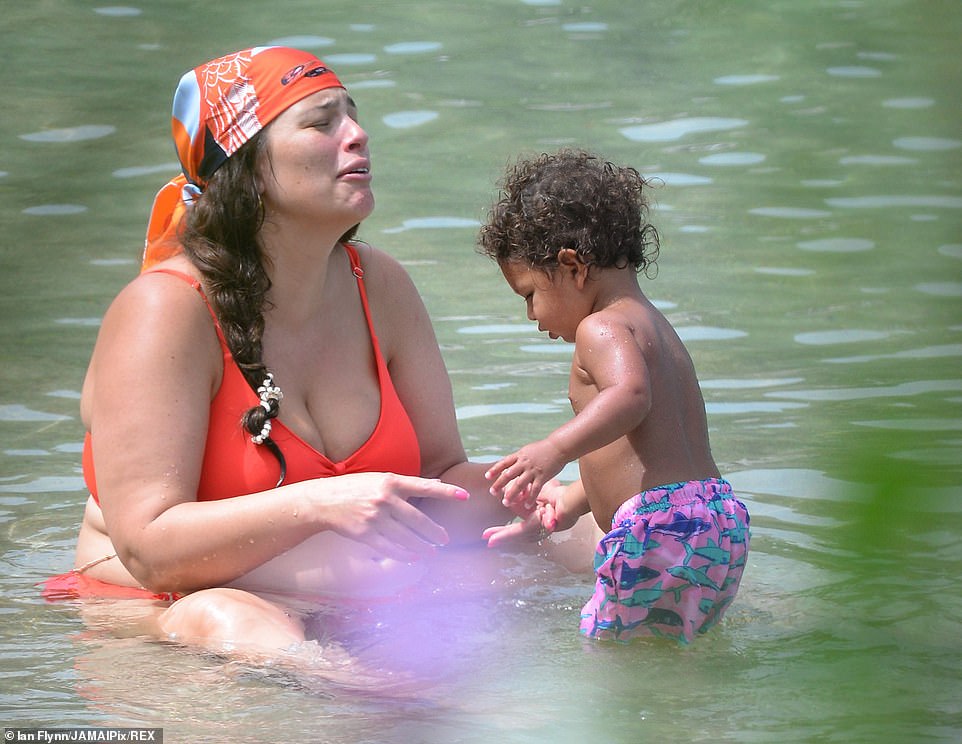 Letting everyone see: Graham has taken to showing off various pictures featuring her growing baby bump to her Instagram account in the recent past 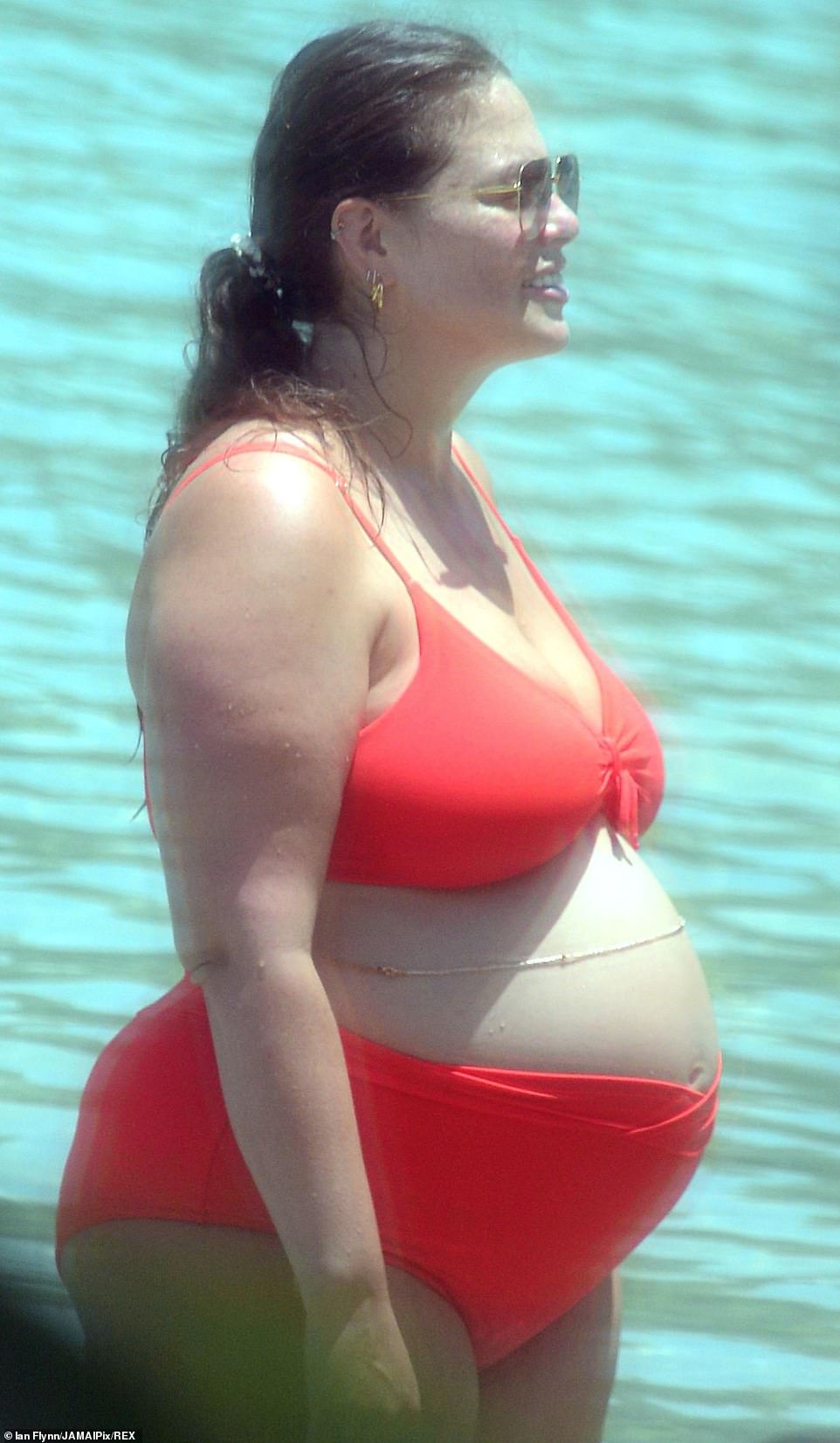 Things change: The model recently spoke to Elle and told the media outlet that her second pregnancy has felt much different as compared to her first

However, the model pointed out that the process felt much more expedited to her, for which she was happy.

Graham noted that her second pregnancy was ‘going by a lot faster, which I did hear was going to be happen, so I’m thankful for that.’

She went on to note that she would be welcoming her child into the world in her house and expressed that her first child’s birth was eye-opening.

‘I had a fabulous experience. And I’m going to do it at home again…I know what to expect: it’s great pain, and it’s a lot of determination and focus,’ she said. 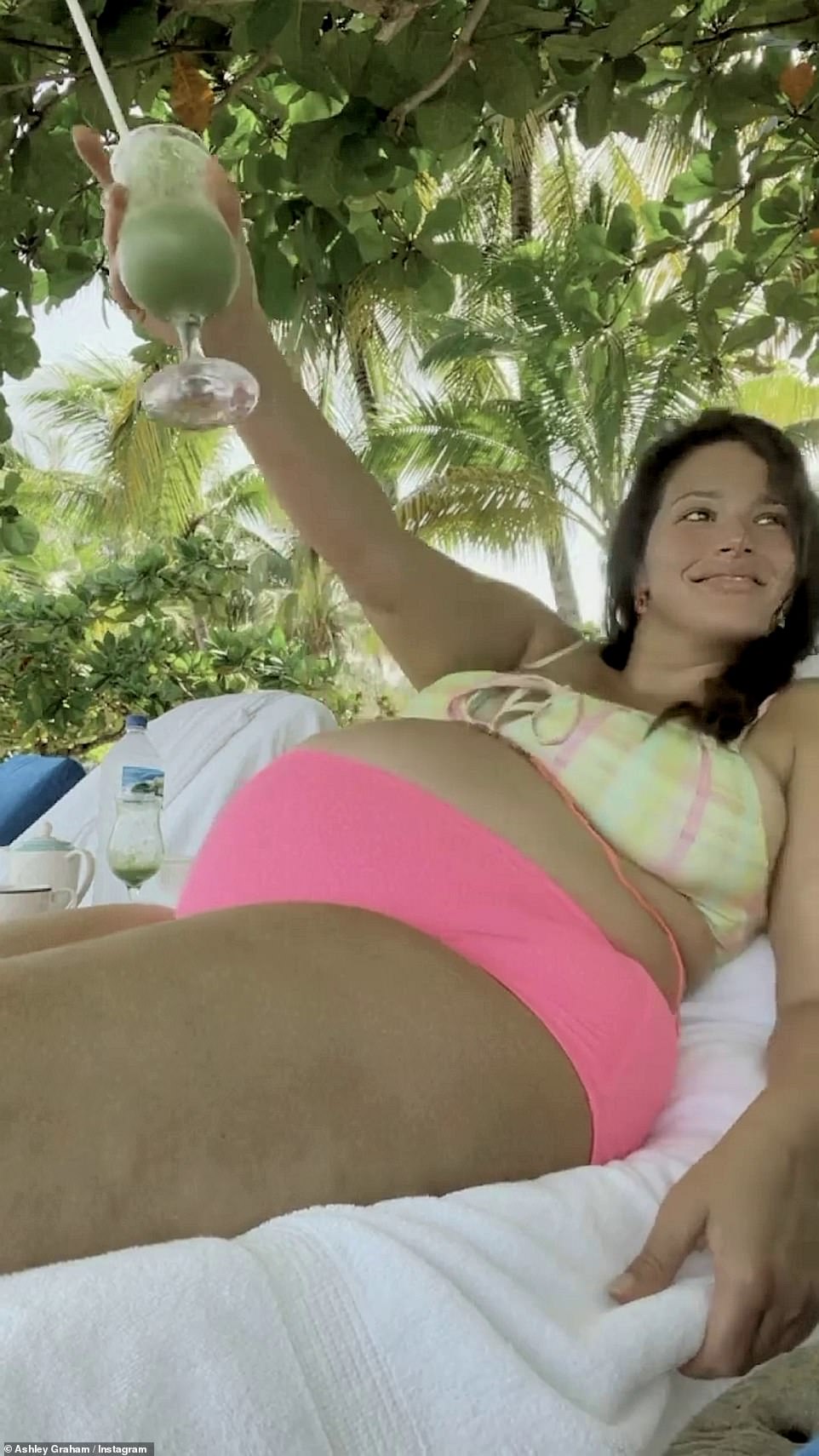 Keeping it consistent: The television presenter also spoke about giving birth at home and expressed that she was  ‘going to do it…again’

Graham also shared a set of clips to her Instagram Story on Sunday to give her followers a better look at her baby bump,

Her first video showed her relaxing on a lounge chair while holding up what appeared to be a frosty tropical drink.

The model sported a green plaid bikini top and a bright pink bottom in the shot.

The television presenter also shared a video of herself making her way along a greenery-lined walkway while taking in a majestic ocean view. 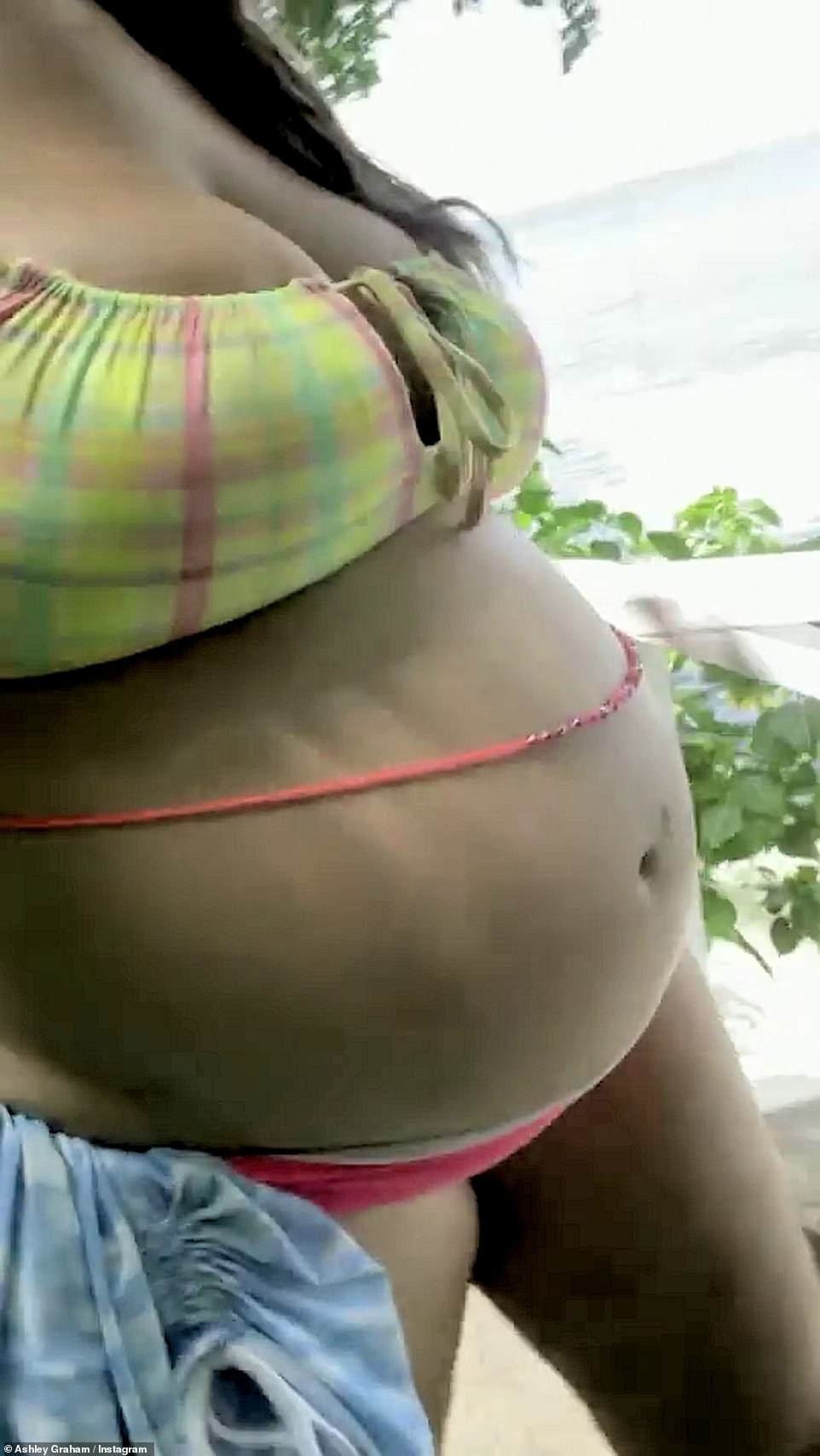 A better look: Graham shared a few videos to her Instagram account on Sunday to show off her growing baby bump to her followers