Angelina Jolie spends quality time with son Pax, 15, in LA the same week she drops her eldest son Maddox off to college in South Korea

With six children, it’s important to carve out some time with each one.

And Angelina Jolie recently did that, bonding with one of her adopted sons, Pax. She treated the 15-year-old to dinner at Sushi Park Restaurant in West Hollywood.

The beauty has been a single mom since splitting from Brad Pitt in 2016. 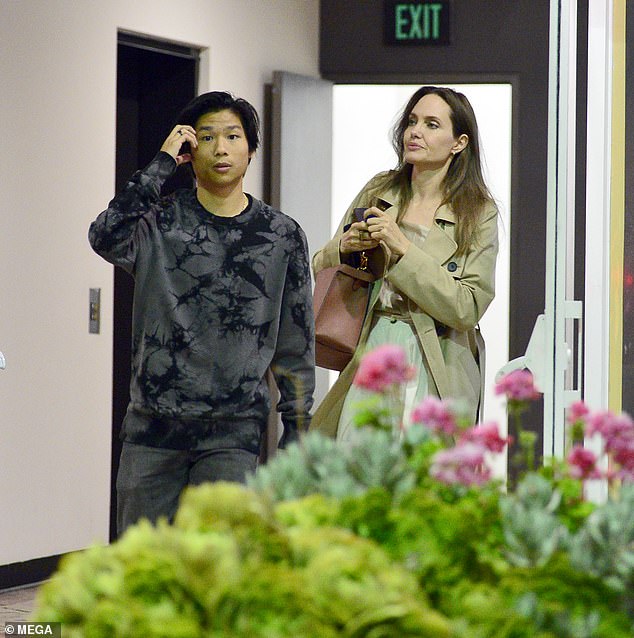 The 44-year-old Maleficent star covered up in a beige trench coat and light-colored baggy pants.

Angelina left her brunette tresses to cascade over her shoulders and she dared to go bare without make-up, allowing her clear complexion to shine.

Pax led the way as they left the restaurant in a grey sweatshirt with a striking blue pattern and dark blue jeans.

Meanwhile, Angelina is back in Los Angeles after dropping her eldest son Maddox, 18, off at Yonsei University in Seoul, South Korea on Wednesday. 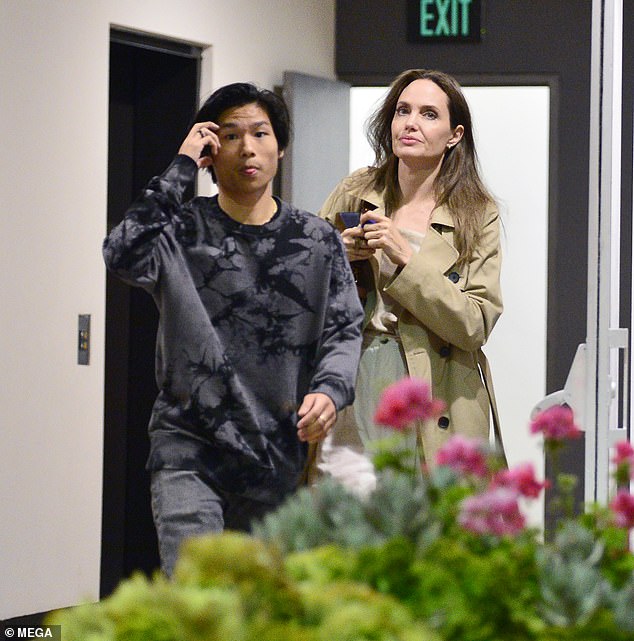 Shining skin:  The 44-year-old Maleficent star went out without a hint of make-up 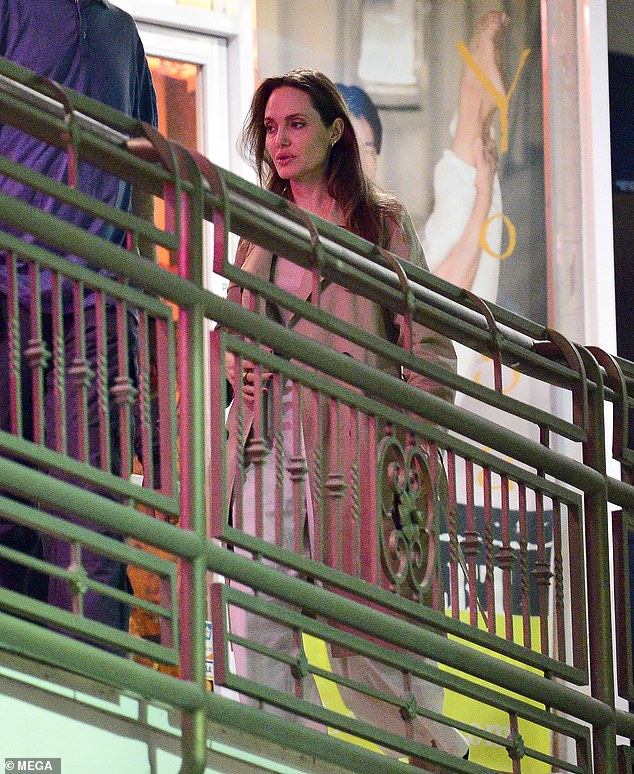 Casual chic:  The beautiful brunette covered up in a beige trench coat and baggy pants 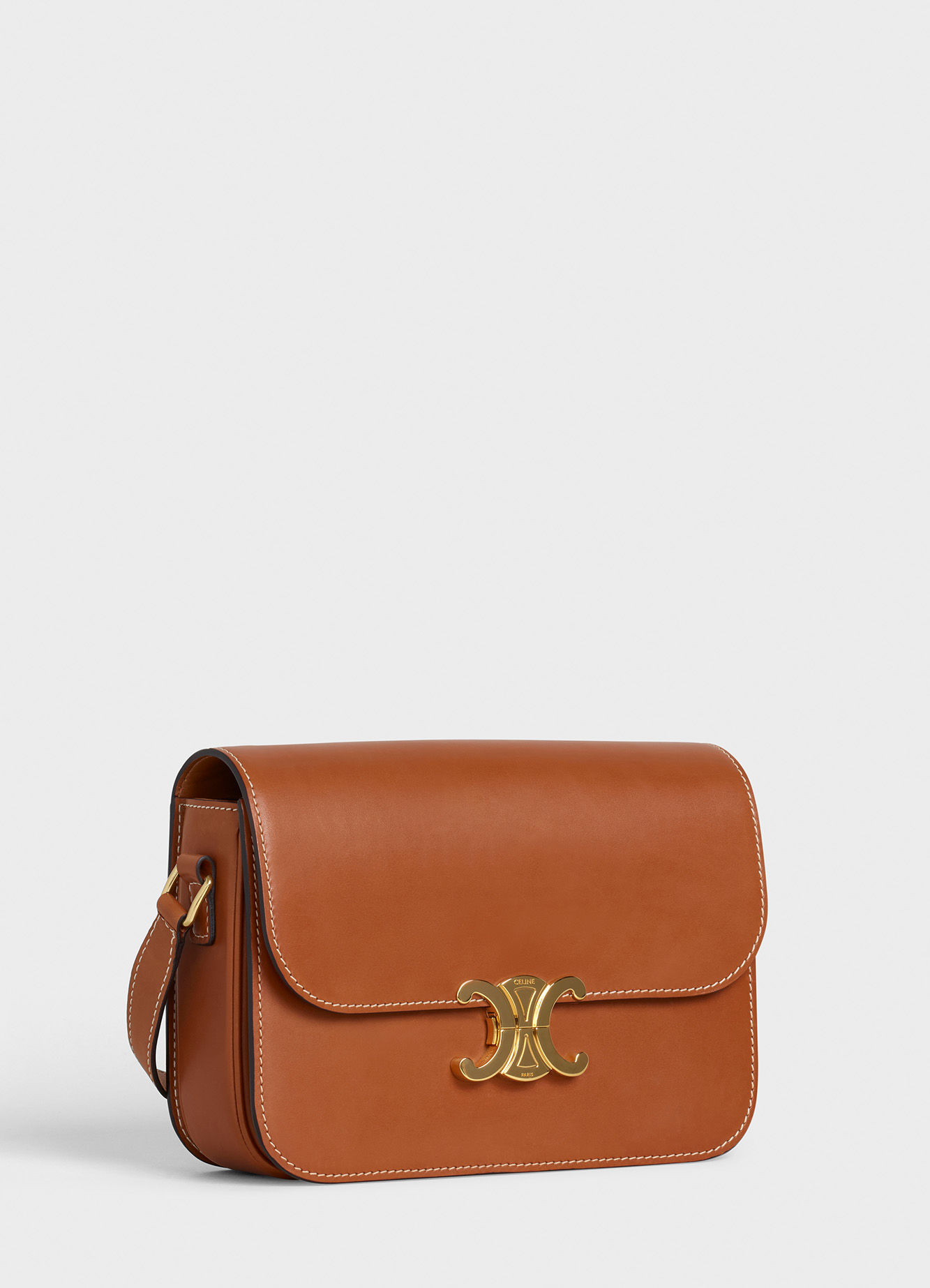 The star told college students that she was ‘trying not to cry’ as she left him.

The teen, who Angelina adopted from Cambodia in 2002 and her then partner Pitt legally adopted four years later, is very close to his mom, according to a Us Weekly source.

However, the 55-year-old actor’s relationship with Maddox has been strained since they reportedly got into a heated altercation three years ago on a private plane the family were traveling in. 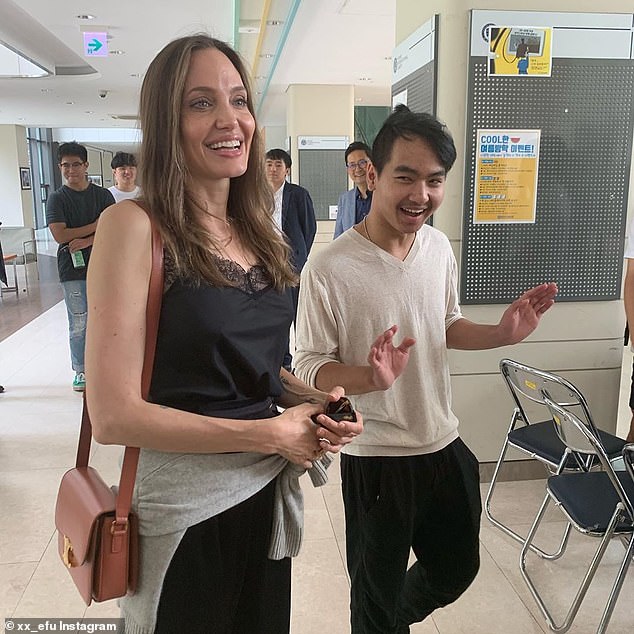 Proud Mom: Angelina is back in Los Angeles after dropping her eldest son Maddox, 18, off at Yonsei University in Seoul, South Korea on Wednesday 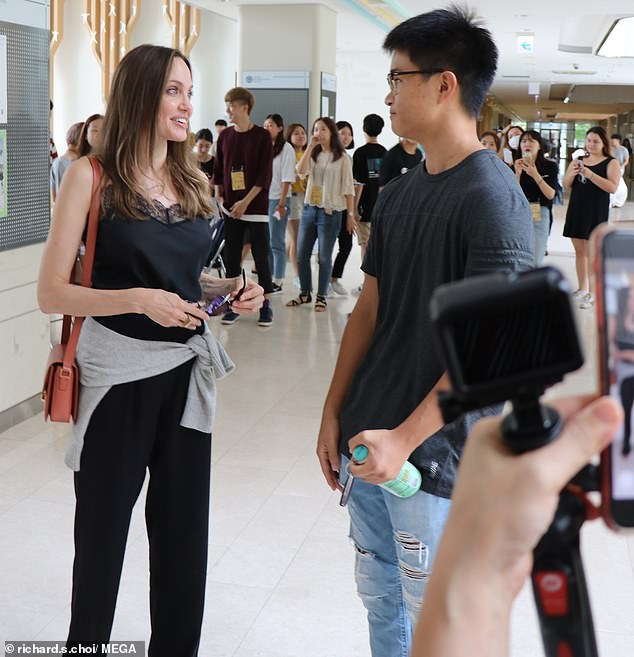 VIP visitor: The actress took the time to chat to students at the college, including Richard Choi who shared the moment on his Instagram @richard.s.choi 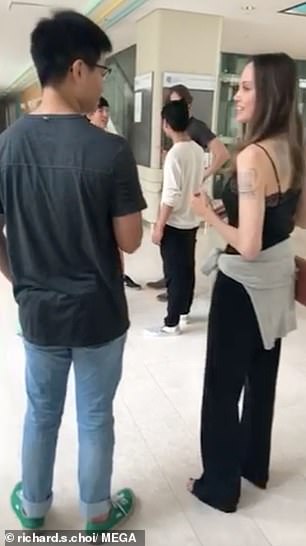 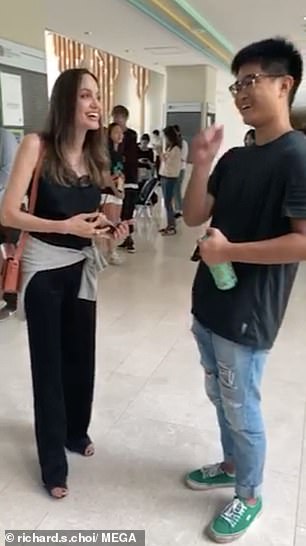 Sweet: The mother-of-six looked at ease as she chatted away with fans, but at one point admitted she was ‘trying not to cry’ at the thought of her son being away in college

Shortly after, Angelina filed for divorce. A judge declared them legally single in April, but the couple are still hashing out the final details of their divorced.

Maddox now reportedly doesn’t think of the Once Upon A Time In Hollywood star as his father.

Brad and Angelina married in 2014 after 12 years together and have six children: Maddox, Pax and Zahara, 14, all adopted, plus Shiloh, 13 and twins Knox and Vivienne, 11. 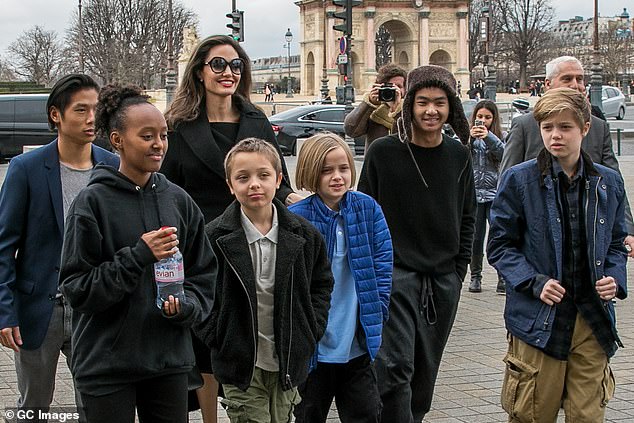