Amanda Seyfried was not too familiar with red-carpet fashion when she showed up to her first Hollywood event in 2004.

During a recent appearance on Jimmy Kimmel Live!, the actress recalled the dresses she wore to red carpets in L.A. and New York following the release of Mean Girls.

The first was a simple, summery yellow dress, which she wore with beige sandals and glossy makeup. 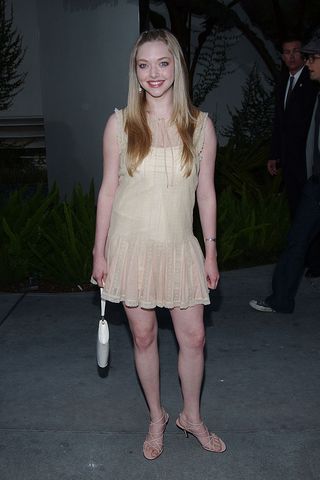 The second was an accidental naked dress. The Dropout actress blushed as she explained that her bra and panties were completely visible under a sheer black polka-dot dress.

“I didn’t know any of the rules, so I was wearing a white bra and black underwear and no slip,” she told Kimmel, who in turned showed the audience photographic evidence of Seyfried’s looks. 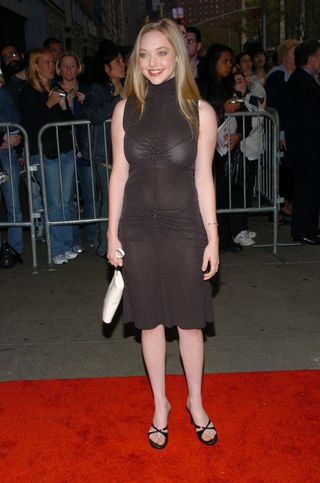 She added that she bought the dress for $600—a hefty price for her at the time.

“I used the only money I had to buy a dress—but there were two premieres, and so I had to buy two dresses, because you wear different dresses,” Seyfried said.

“I couldn’t even afford a ride home,” she joked.

Kimmel asked why the movie studio didn’t take care of her expenses.

“I slipped through the cracks because I didn’t even ask for anything, because I thought I was in the way—which is not the way I want to raise my daughter, for sure,” Seyfried, who has two kids with husband Thomas Sadoski, said.

Since those early years, Seyfried has become a goddess of red-carpet fashion. At last year’s 93rd annual Academy Awards, the beauty looked glamorous in a bright-red Giorgio Armani Privé gown and Forevermark jewelry.