The 48-year-old lounged by the pool in the sizzling two-piece as she showed off her incredible physique.

She held a Heart FM microphone muff in hand, placing sunglasses on the front ansd made a very cheeky innuendo in the caption she posted. 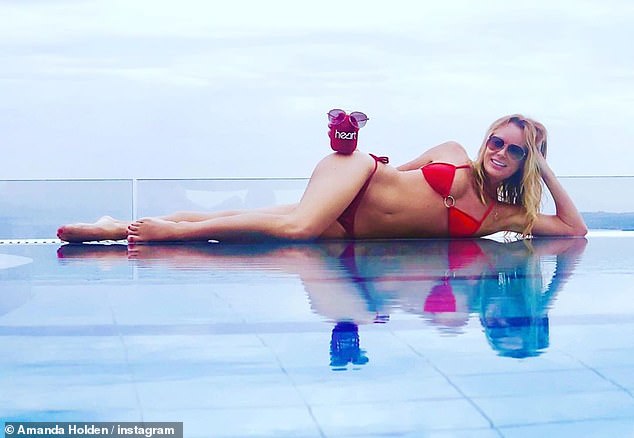 Gorgeous: Amanda Holden lounged by the pool in a sexy red bikini and couldn’t resist sharing a cheeky innuendo on Instagram on Tuesday… days after signing a ‘£1million music deal’

Whoa! The singer and TV star was keen to talk about her microphone muff in the caption

Simon Cowell’s friend is famed for her roles in West End musicals, one of which landed her a Laurence Olivier Theatre Award a nomination for Thoroughly Modern Millie.

And Amanda has confirmed that she’s signed a music deal with record label Virgin EMI in an Instagram post, hours after it was reported that she had landed a ‘£1million’ contract.

The mother-of-two took to the photo-sharing platform to post a photo of herself beaming in a floral midi dress as she signed on the dotted line. 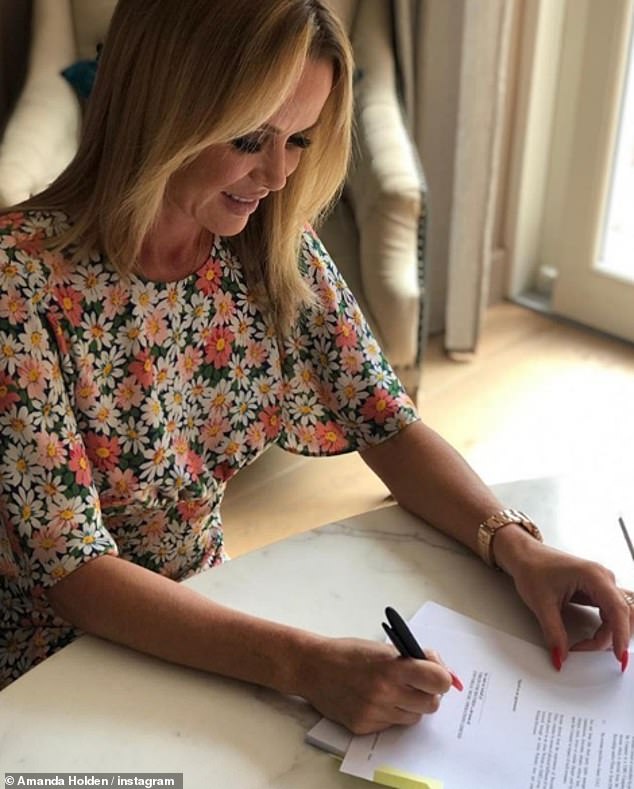 Signing on the dotted line: Amanda has confirmed that she’s signed a music deal with record label Virgin EMI in an Instagram post

She wrote alongside the photo: ‘Bloody thrilled to confirm I have signed an amazing record deal with @VirginEMI -It has been a lifetimes dream!!!!! Just cannot wait to get started….’

Earlier in the day, The Sun On Sunday reported that the Britain’s Got Talent judge signed an ‘£1million’ contract with Virgin EMI only a ‘matter of weeks ago’ and sought pal Simon’s guidance before deciding on Virgin EMI.

A source said: ‘Amanda only signed the deal a matter of weeks ago but she is very excited and can’t wait to get going.’

‘Simon was almost the first person Amanda spoke to. Amid all the excitement, she wanted an honest opinion from someone she trusts. He told her to absolutely go for it and said she has his full backing.’ 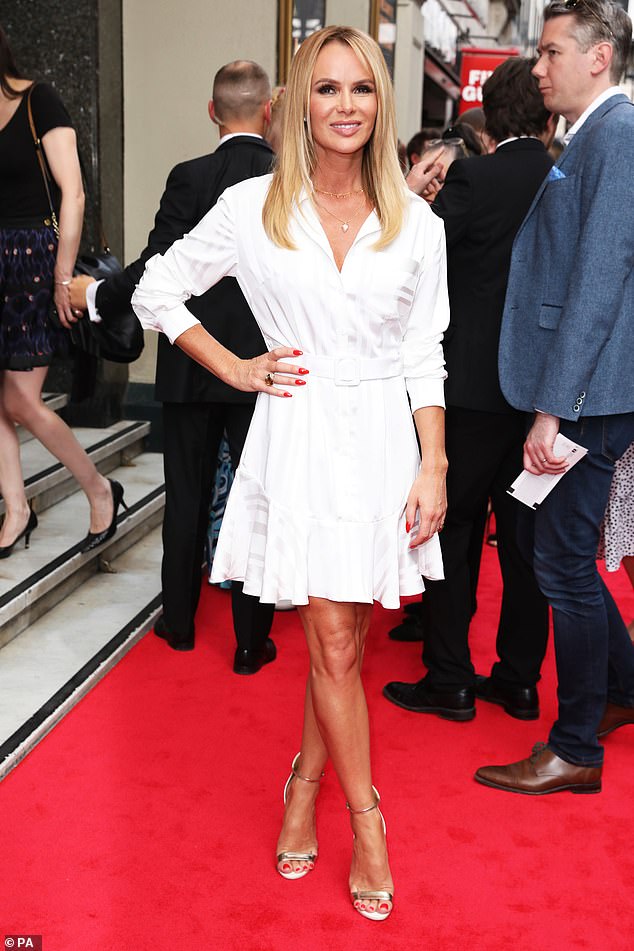 Hitting the right notes: Earlier on, The Sun On Sunday reported that the Britain’s Got Talent judge signed an ‘£1million’ contract with the record label only a ‘matter of weeks ago’ 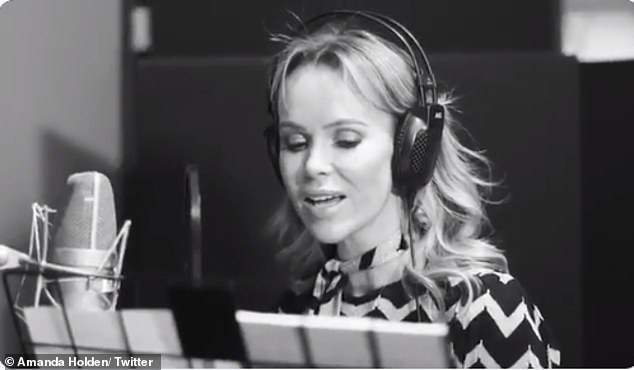 Vocals: She reportedly sought pal Simon Cowell’s guidance on what label to go for

In February, The Sun revealed that she was in the midst of a bidding war with the UK’s major recording labels; Warner, Sony and Universal, vying to sign her up for a contract.

They said the interest in the TV star heightened when she posted a video to her Twitter page in December of her rendition of Tightrope from The Greatest Showman.

At the time, Amanda was ‘seriously considering’ the offers and ‘wasn’t expecting the huge reaction’ to her singing.

The video, a tribute to husband Chris Hughes, was posted to Amanda’s page two months ago and has already racked up over 1.5million of views.

Her latest career move comes after she kicked off her radio hosting duties on Heart Radio last month as Jamie Theakston’s new co-host.

The star, made her first television appearance aged 20 as a contestant on ITV’s Blind Date in 1991, reportedly landed £3million for a two-year contract, making her the best-paid female showbiz host.

At the time, the presenter told MailOnline that she is ‘thrilled’ and ‘delighted’ to be hosting to the nation alongside Jamie, four months after Emma Bunton stepped down from the show. 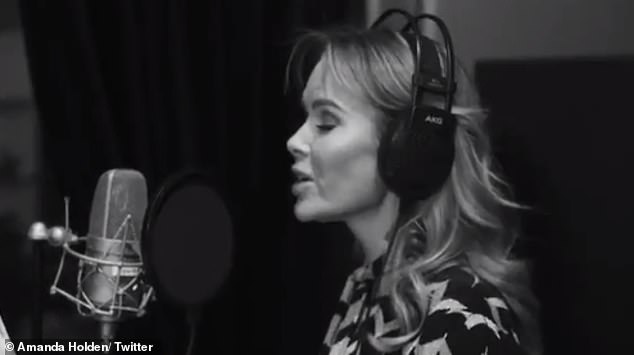 Response: The publication reported that she was in the midst of a bidding war with the UK’s major recording labels vying to sign her up for a contract after she shared a video of her singing