Alicia Vikander and Michael Fassbender were seen pushing a baby in a stroller during a stroll in Paris on Saturday.

The actress, 32, looked relaxed and happy while actor Michael, 44, walked along with the infant.

The Danish Girl star Alicia wore a white sweater and denim jeans paired with a designer handbag as she chatted with her husband. 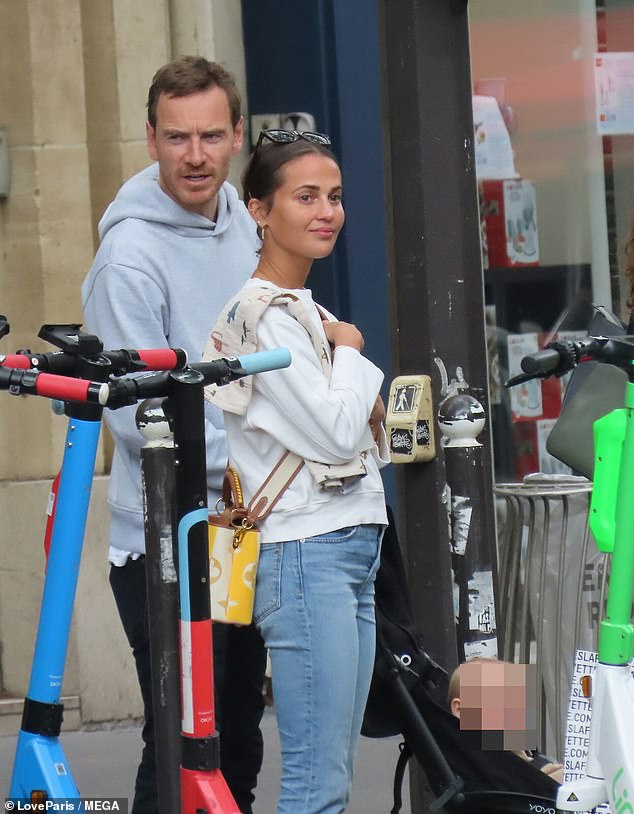 Casual stroll: Alicia Vikander and Michael Fassbender were seen pushing a baby in a stroller during a stroll in Paris on Saturday

Her brunette tresses were pulled into a sleek updo and she sported a radiant palette of make-up.

Michael wore a grey hoodie and black jeans for the walk, before changing into an all-cream ensemble while Alicia donned black sweats.

Michael and Alicia tied the knot in October 2017 – three years after they began dating, following meeting on set of The Light Between Oceans.

Their trip to Paris comes after the couple were first pictured with a baby at an airport in August.

Michael was seen pushing a pram, while wife Alicia was spotted holding the baby in her arms. 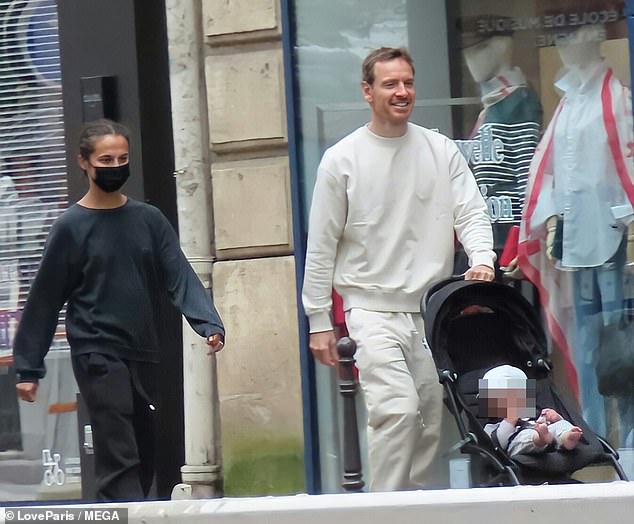 Later on: Michael wore a grey hoodie and black jeans on another walk, before changing into an all-cream ensemble while Alicia donned black sweats

The couple, who currently live together in Lisbon, Portugal, are known for being notoriously private and haven’t previously spoken about whether they would have children together.

Prior to their airport appearance, Michael and Swedish actress Alicia were last pictured together in October 2020 in Sweden.

The pair have recently been in Paris while Alicia films for limited series Irma Vep – loosely based on the 1996 film of the same name.

In the series, Alicia plays an American movie star, Mira, who is disillusioned by her career and a recent break up. She travels to France to star in a remake of French silent film Irma Vep but struggles to differentiate between herself and the role.

Previously Alicia has starred alongside husband Michael on the big screen, with the couple appearing in 2016 romantic drama The Light Between Oceans – the movie set where they first met.

In an interview for the October edition of Elle Magazine, Alicia recently revealed that she would love to work with her husband in a film again.

She said: ‘I would love to work with him one day, but we’re very much individuals, which I love and I think is good in any relationship.

‘We both take on parts because it’s a film that is right for us, so it would have to be the same if we were ever to work together again.’ 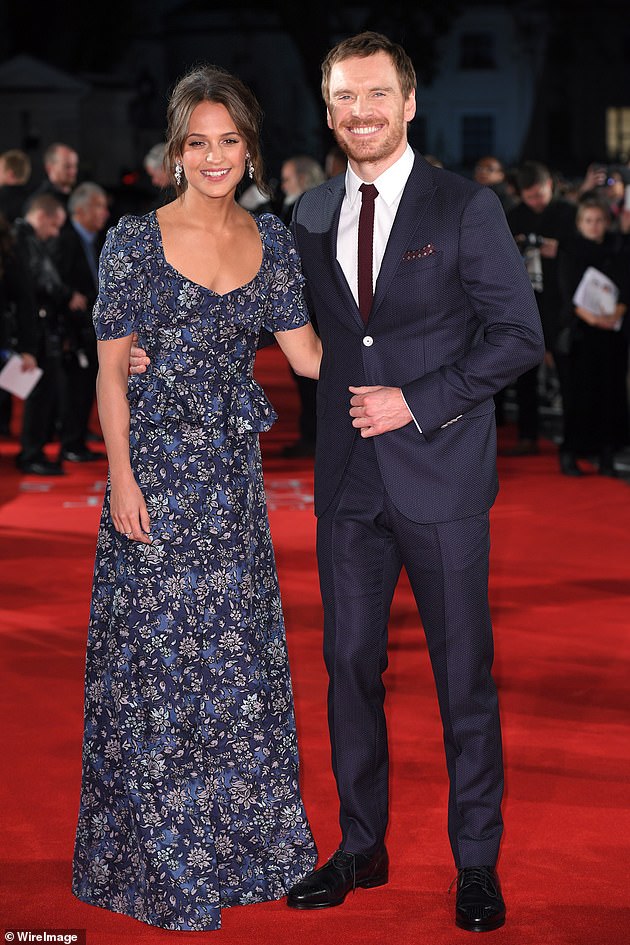 Cute couple: Michael and Alicia have bee married since 2017 after meeting in 2016 on the romantic drama The Light Between Oceans (pictured at the film’s premiere)