That’s one Adele of a price tag! Giggling singer wears £1,825 Loewe co-ord and carries a £1,860 YSL bag as she and boyfriend Rich Paul board a boat in Sardinia during rare outing

Adele appeared in high spirits when she was pictured out in Sardinia in a rare outing with her boyfriend Rich Paul on Tuesday and a group of friends.

The giggling singer, 34, looked incredible wearing a LOEWE x Paula’s Ibiza Shell print shirt which costs £1,100 and matching trousers which costs £725, as well as a pair of flip-flops.

She also carried a £1,860 YSL Rive Gauche raffia and leather bag as she prepared to board a boat. Her hair was worn in natural waves and she wore minimal make-up, hiding her eyes behind designer shades. 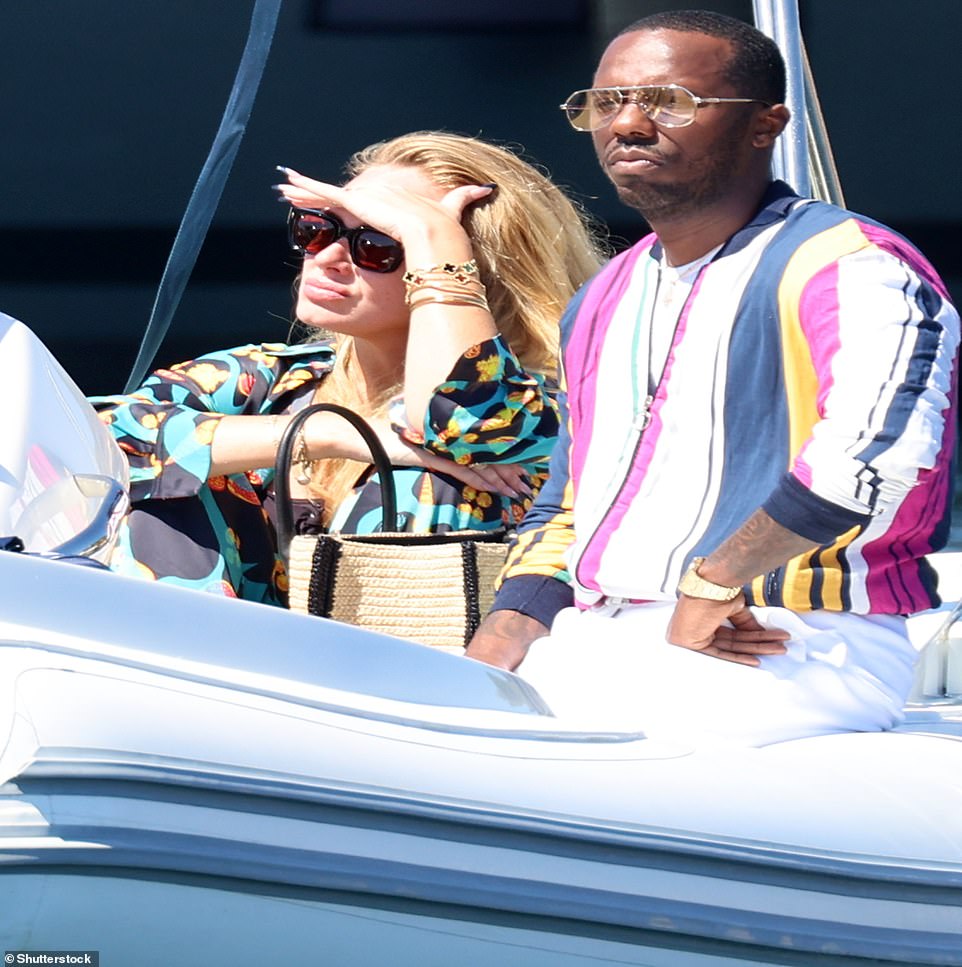 There they are! Adele looked incredible in a £1,825 blue patterned co-ord by Loewe x Paula as she boarded a boat in Sardinia during a rare outing with boyfriend Rich Paul on Tuesday 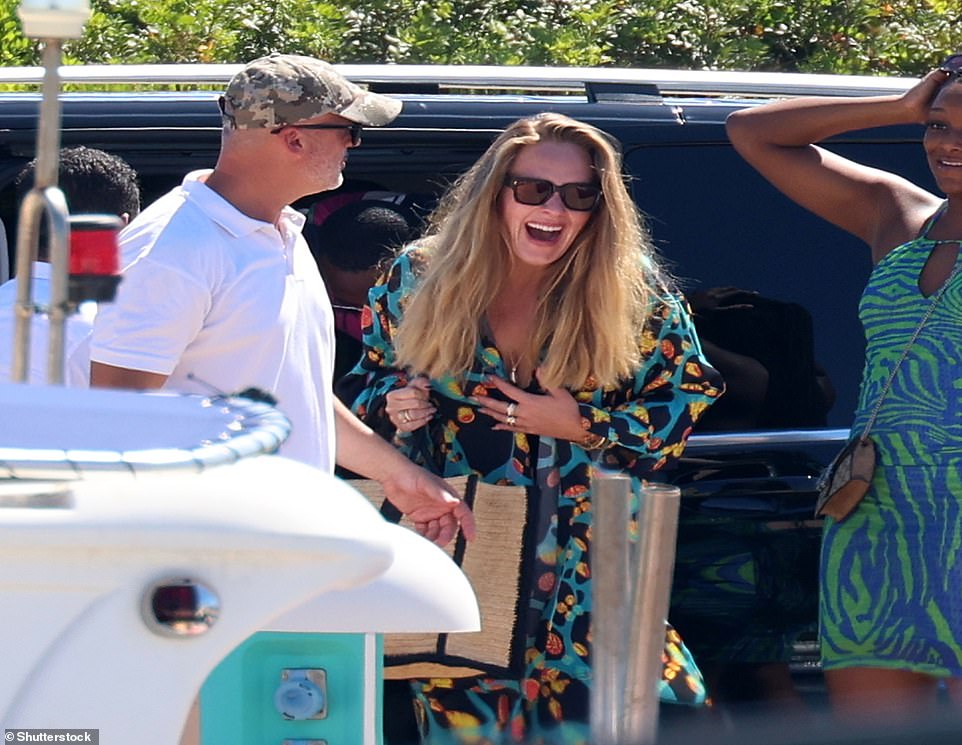 Loving life: She giggled as she stepped out into the sunshine with her friends in tow, while carrying a £1,860 YSL Rive Gauche raffia and leather bag

Surrounded by a group of friends, Adele could be seen laughing her head off, no doubt giving out her trademark cackle and flashing a selection of Van Cleefs & Arpels bracelets.

Rich sat by her side and stood out wearing a purple striped T-shirt and some crisp white shorts.

The outing comes after it was announced Adele is reportedly set to finally take to the stage for her Las Vegas residency in December this year, with an announcement coming within weeks.

She cancelled her highly-anticipated residency in Sin City earlier this year just 24 hours before she was set to hit the stage at Caesar’s Palace.

Out of this world: The singer, 34, put on an unmissable display in the eye-popping outfit, while framing her face with a pair of oversized sunglasses 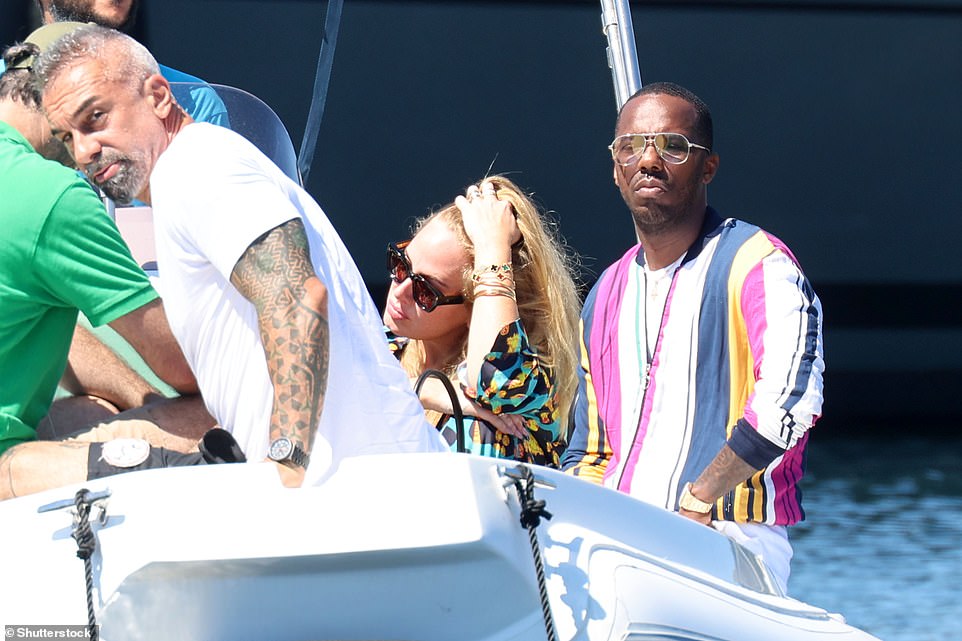 Couple: Rich sat by her side and stood out wearing a purple striped T-shirt and some crisp white shorts 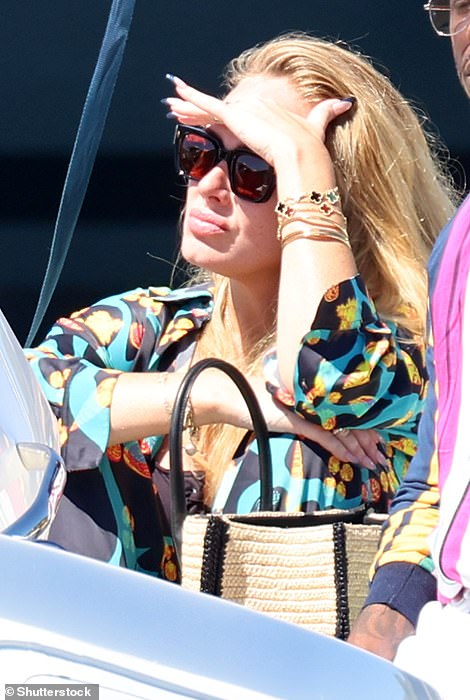 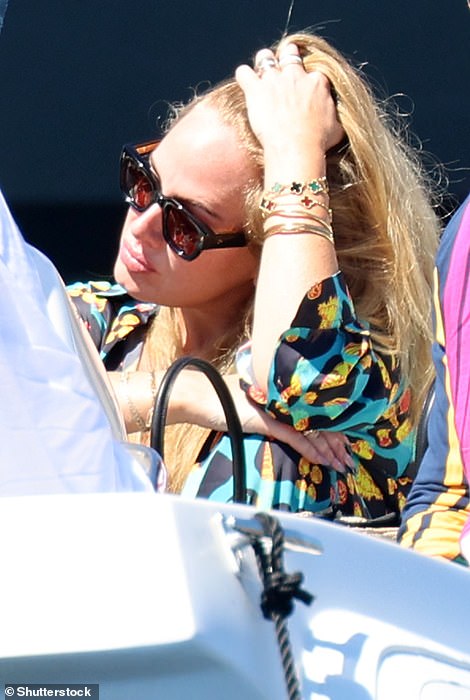 Gorgeous: She pouted up a storm while going make-up free to highlight her flawless complexion. The Hello songstress ran her hand through her blonde tresses while gazing down 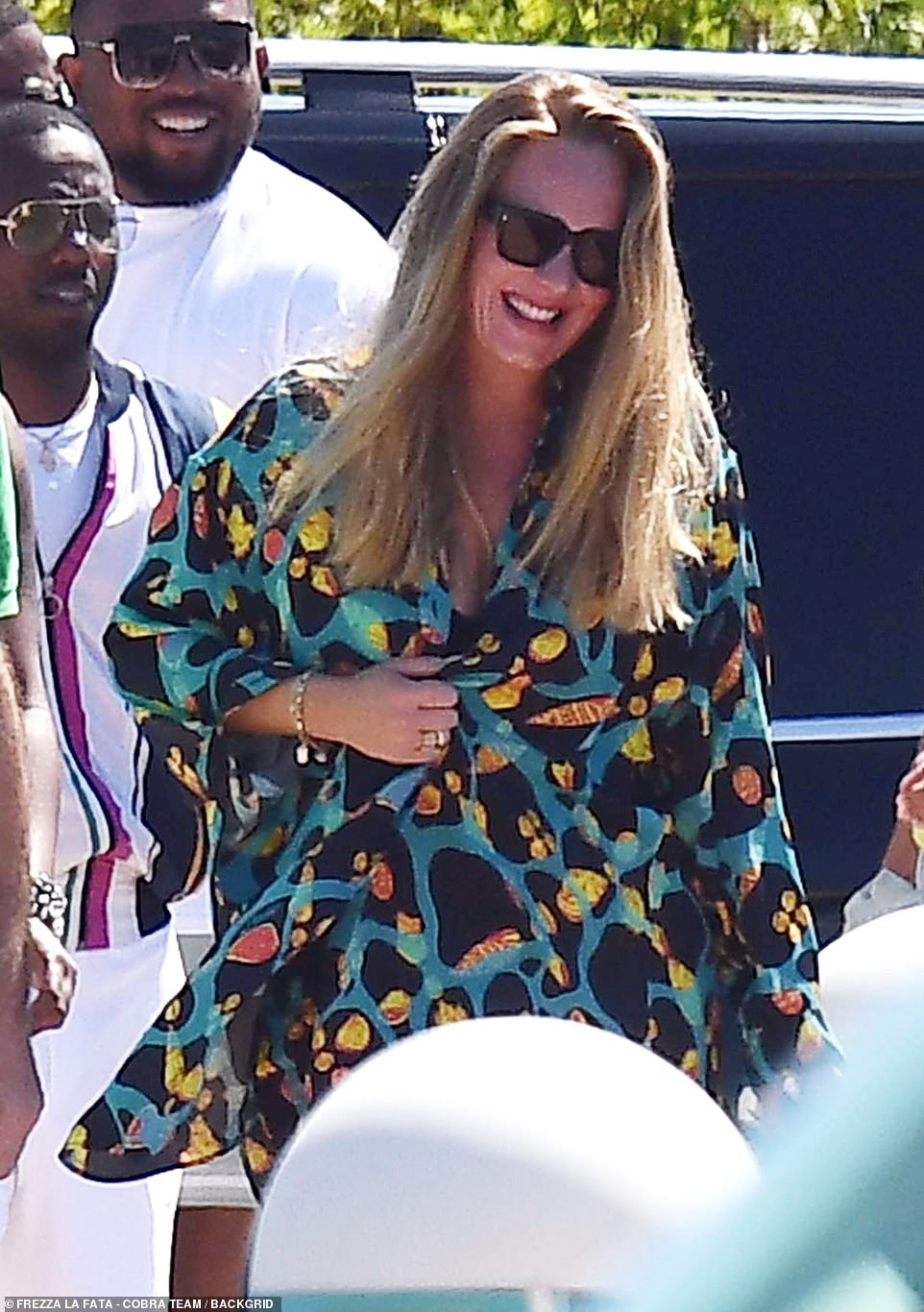 She looks really happy: Adele couldn’t stop smiling amid reports her Vegas residency is soon to be back on track 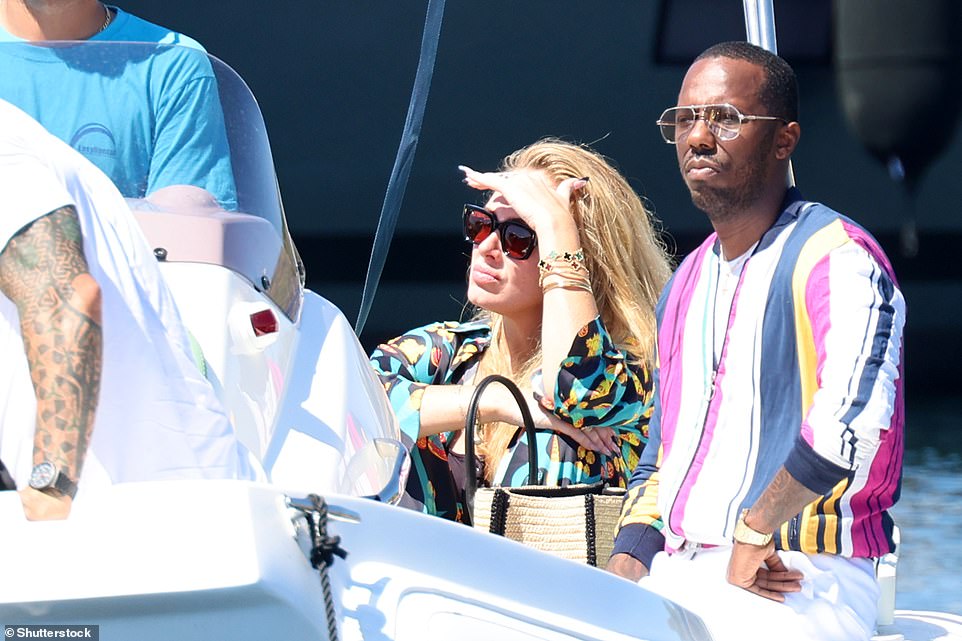 What’s there? Adele admired the idyllic ocean landscape as she stared out through her shades

Following on from her two successful concerts in London’s Hyde Park this month, it is claimed she will perform an intimate set of her hits later this year, with a source telling The Sun: ‘Adele loved performing in London and it gave her the drive to push forward with her Vegas residency.

‘An announcement is coming in the next few weeks. Management have asked for a celebration to promote her return.’

MailOnline contacted Adele’s representatives for comment at the time.

While the residency was previously planned for The Colosseum at Caesars Palace on the Las Vegas Strip, it is thought it may now take place across the road at Planet Hollywood’s Zappos Theater, allowing her to seat 2,000 more fans per night. 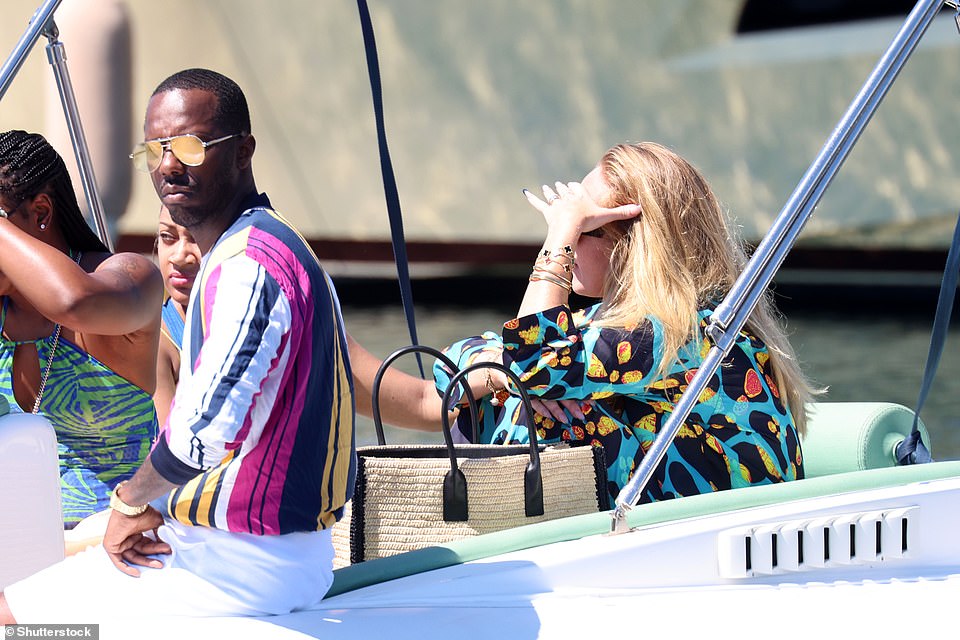 Couple: The pair seemed to be enjoying each other’s company during the day trip 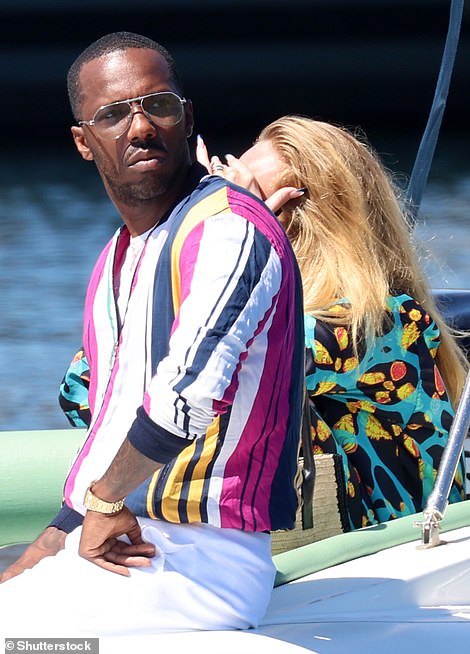 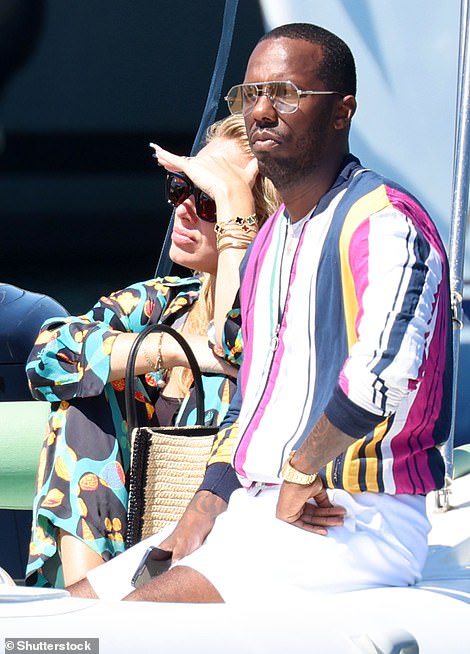 Looking great: Rich shot a serious expression while accessorising his look with oversized glasses and a dazzling gold watch 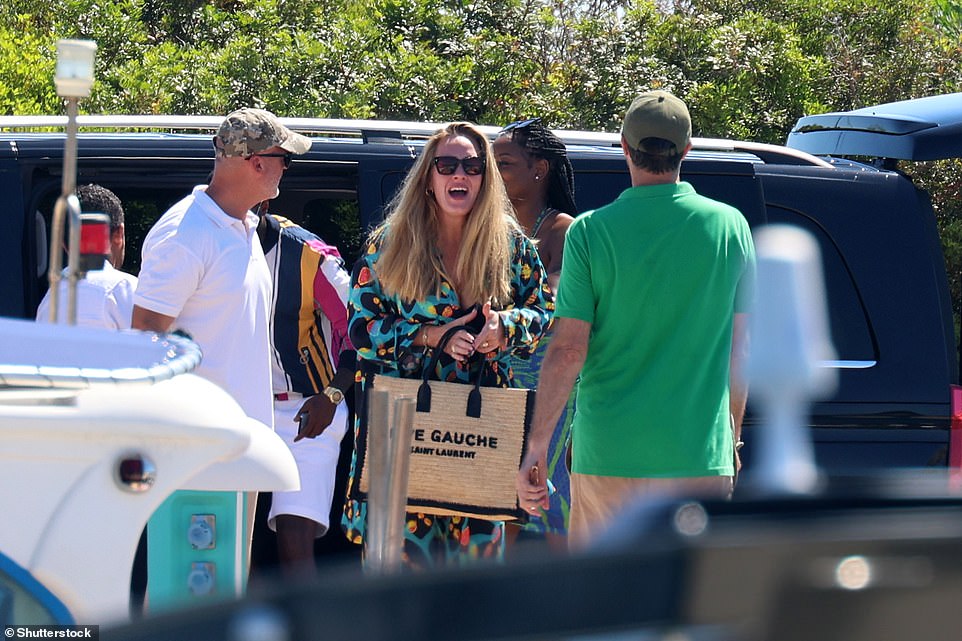 Happy: The Tottenham-native certainly appeared to be in her element as she stepped out of a black vehicle earlier on 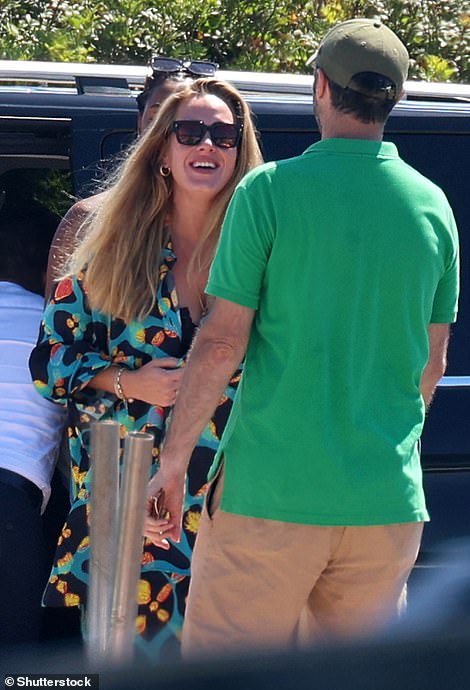 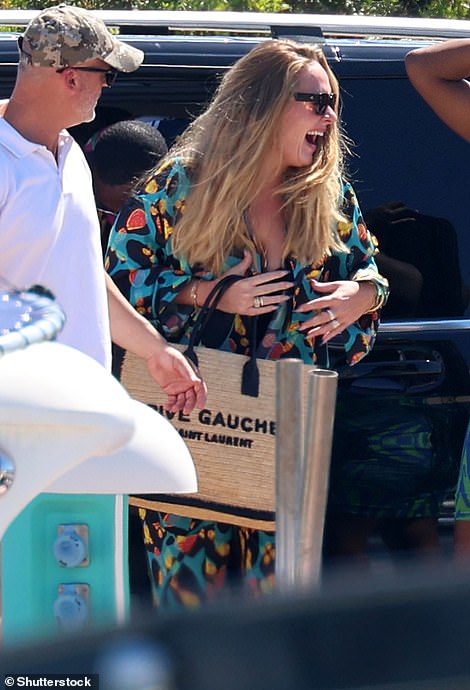 Chatting: She put on a very animated display and laughed up a storm while speaking with pals 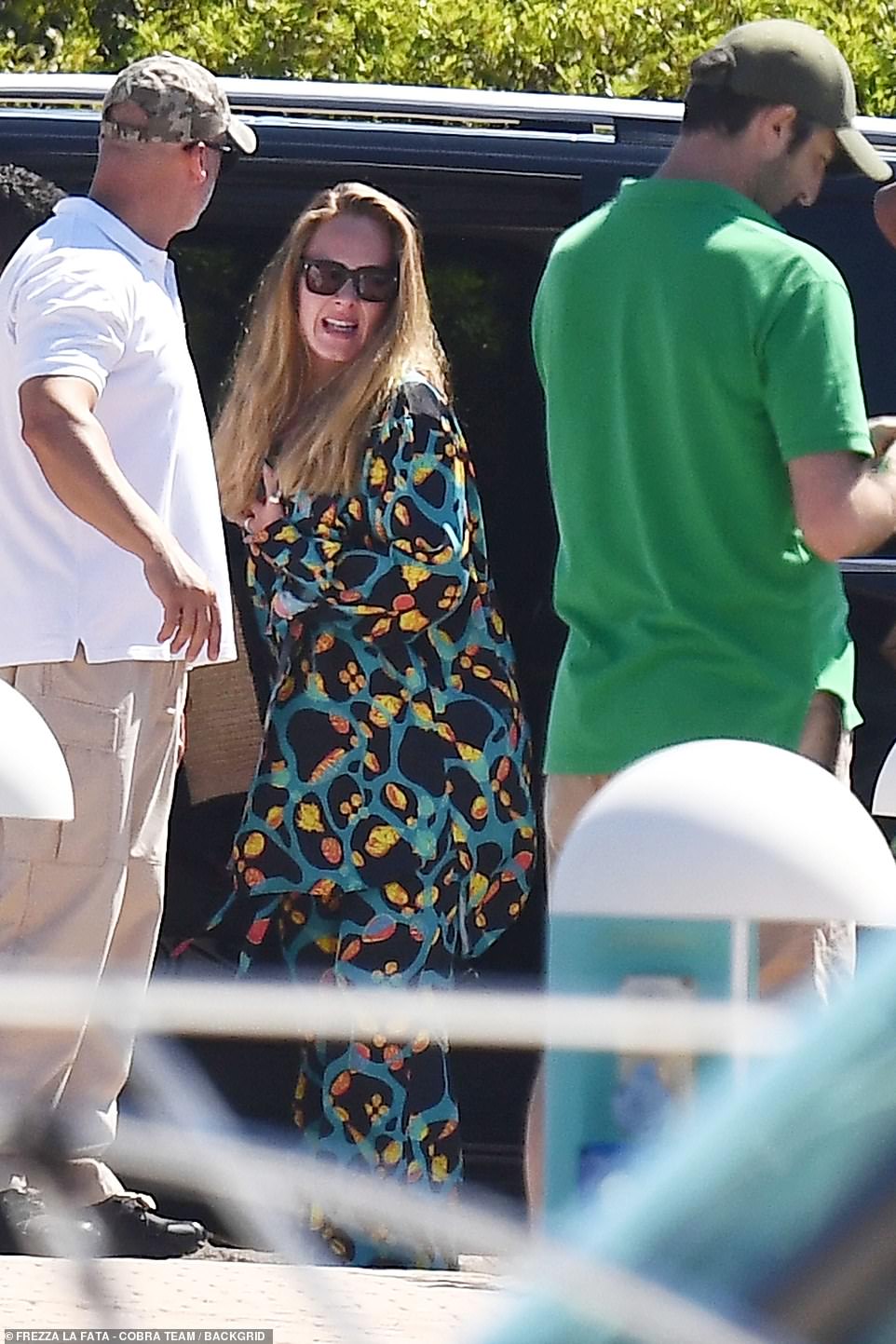 Who needs a glam squad? She looked naturally beautiful as she stepped out into the sunshine with her group 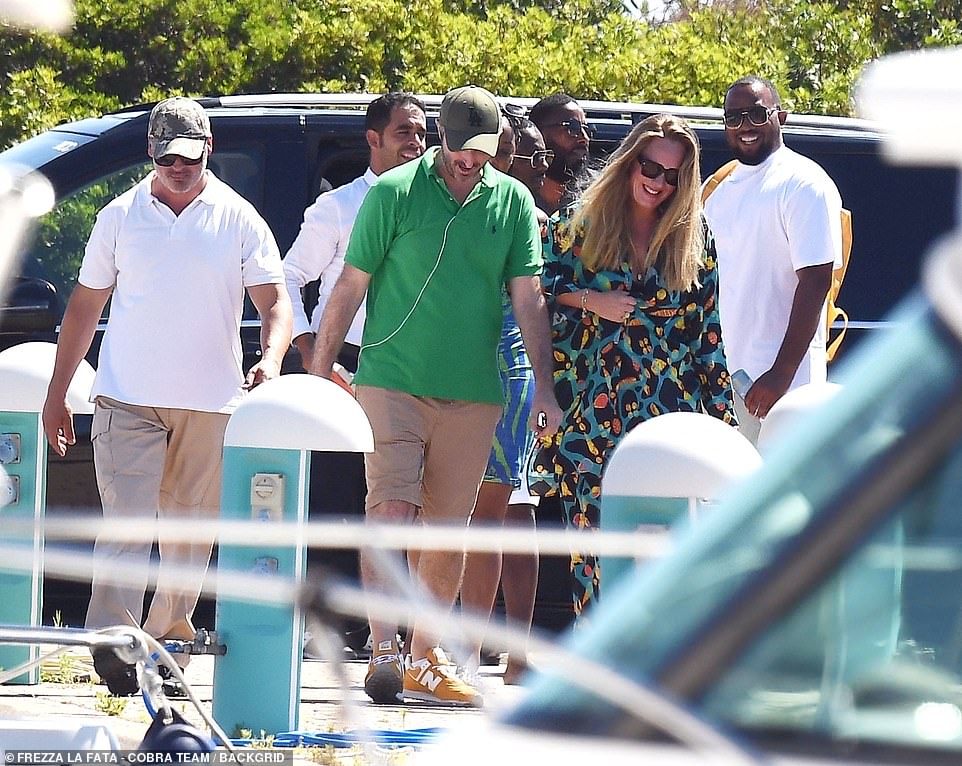 Details: Adele showed off a selection of jewellery, including a stack of Von Cleefs & Arpels bracelets

Adele is said to be planning a tell-all documentary about her new album, love and her stalled Las Vegas residency.

The singer was reported to have an upcoming film in the works despite her being renowned as one of modern music’s most private personalities.

Producers were said by The Sun this week to be working hard to make it her ‘most insightful work yet’, adding it would be ‘intimate’ and deal with her record-breaking career and how she deals with worldwide fame.

A source told the newspaper about the film, which does not have a release date: ‘Adele feels she let fans down somewhat with how the past 12 months have panned out, particularly the last-minute postponement of her Las Vegas residency, and sees this as a way of making up for that.

‘One thing is for certain, it will be must-watch TV. Even though everyone knows her name, Adele is still quite mysterious as a person.

‘Her life now compared to when she released her debut album is unrecognisable.’ 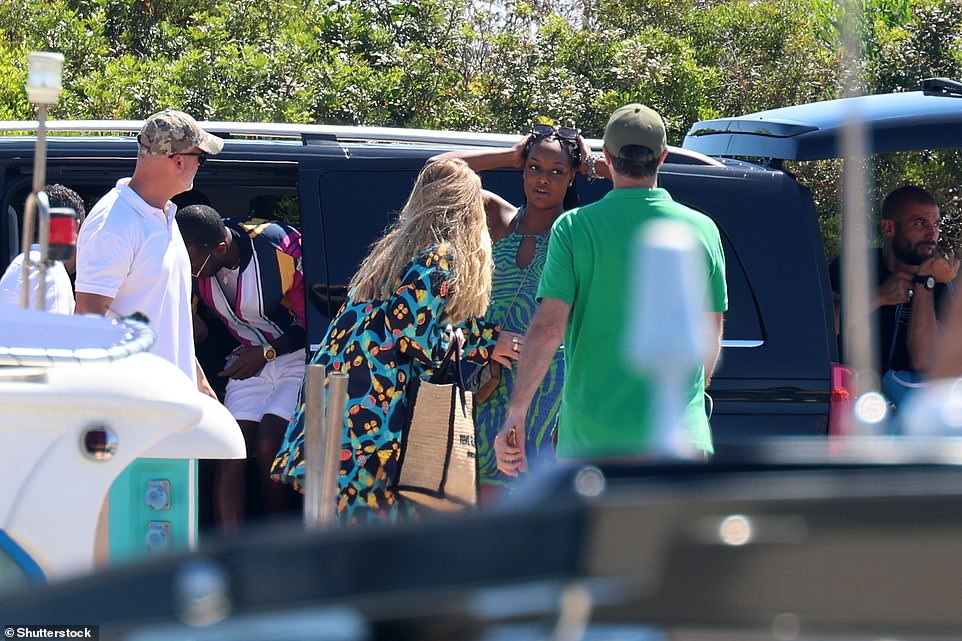 Gang: The Grammy winner was joined by a group of three pals, with Rich emerging from the vehicle 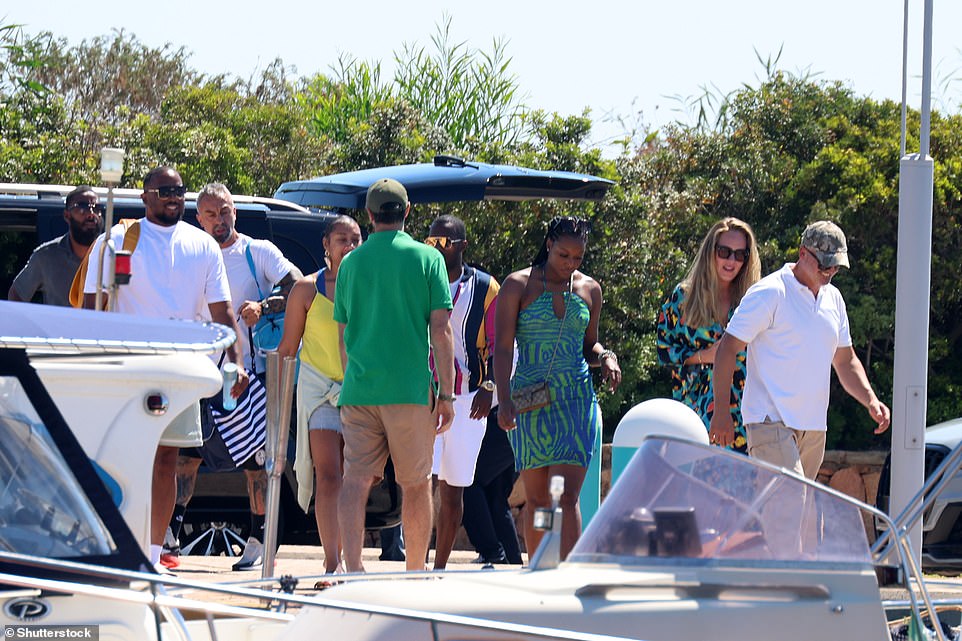 Walking: She soon took a stroll with her entourage where they headed for the boat 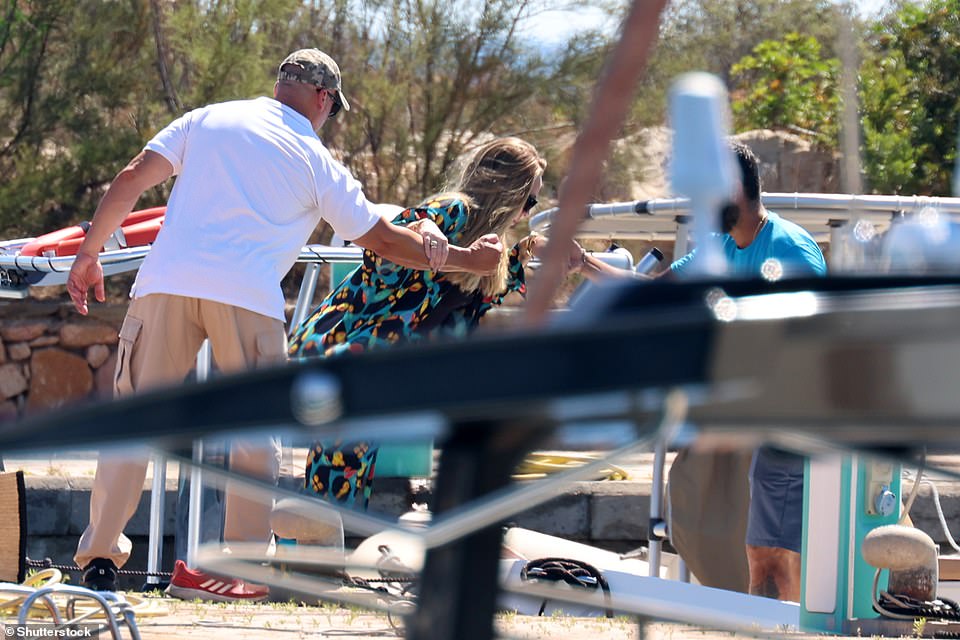 Big leap: Adele was then helped by two men in jumping from the jetty to the luxury vessel 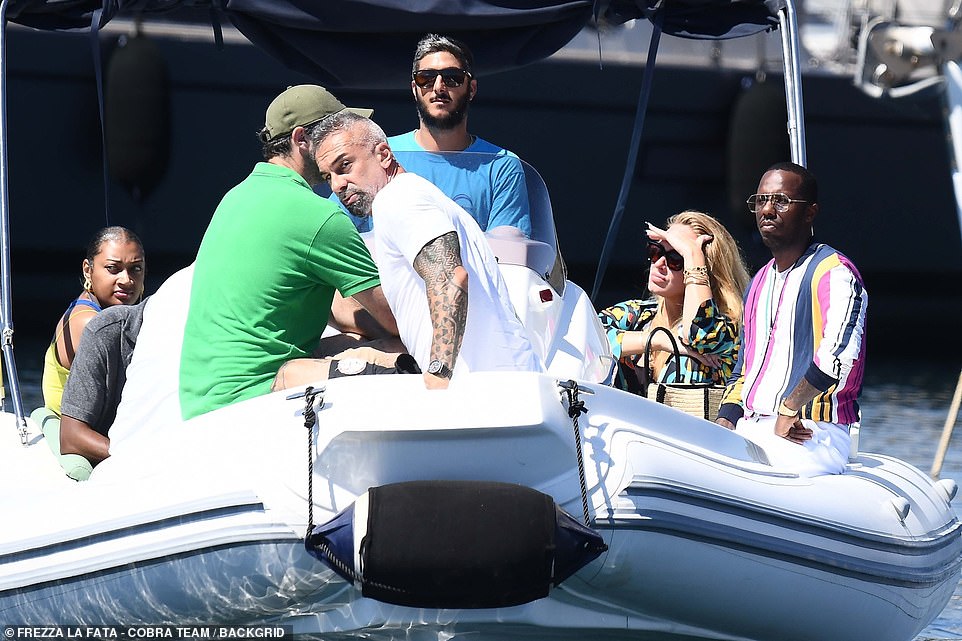 Eyes on the prize: She shielded her face from the sun as she battled the temperatures