Once Upon A Time… in Rome! A dapper Brad Pitt arrives at Italian airport carrying his guitar as ex-wife Angelina Jolie films in the same city

Brad Pitt cut a dapper figure as he arrived at Rome airport on Monday, with his guitar strapped over his shoulder.

The 58-year-old wore a brown T-shirt and matching smart trousers as he headed out of the terminal.

Sporting a short beard, he had a smile on his face as he headed out into the sunshine. 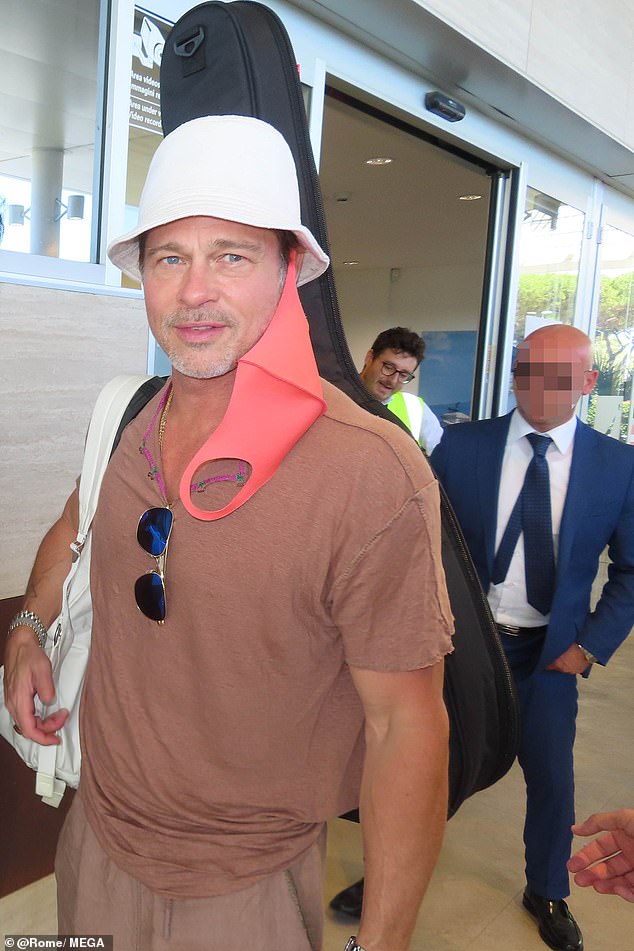 Once Upon A Time… in Rome! A dapper Brad Pitt arrived at the Italian airport carrying his guitar as ex-wife Angelina Jolie filmed in the same city

The fashion conscious actor wore a white bucket hat and balanced his designer shades on the neckline of his T-shirt for an effortlessly chic look.

It is likely that Brad is in town to see the children he shares with ex-wife Angelina, Jolie, 47. 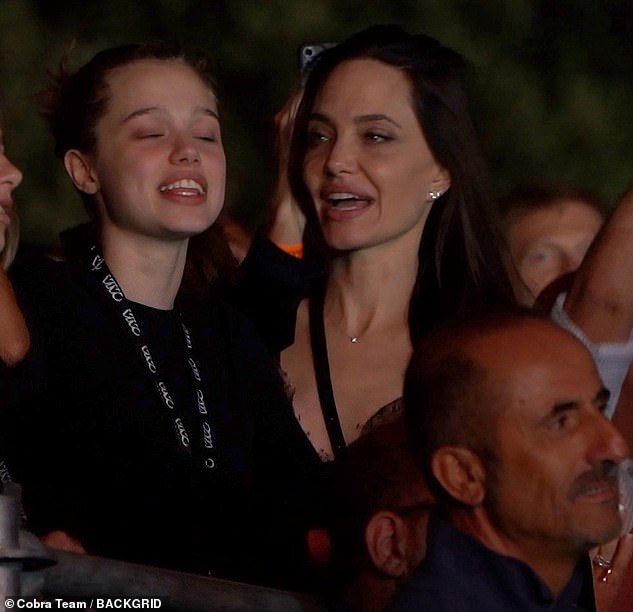 Mother-daughter duo: Angelina was in good spirits when she stepped out to watch Måneskin with daughter Shiloh, 16, in Rome on Saturday

Angelina is also currently in the capital city, where she is directing new movie Without Blood – which stars Salma Hayek, 55.

On Saturday, Angelina was pictured watching Måneskin perform with her daughter Shiloh, 16, while still in Rome.

Since their Eurovision victory last year, Maneskin have become global megastars – opening for The Rolling Stones and appearing on the likes of Saturday Night Live and The Tonight Show Starring Jimmy Fallon in the USA. 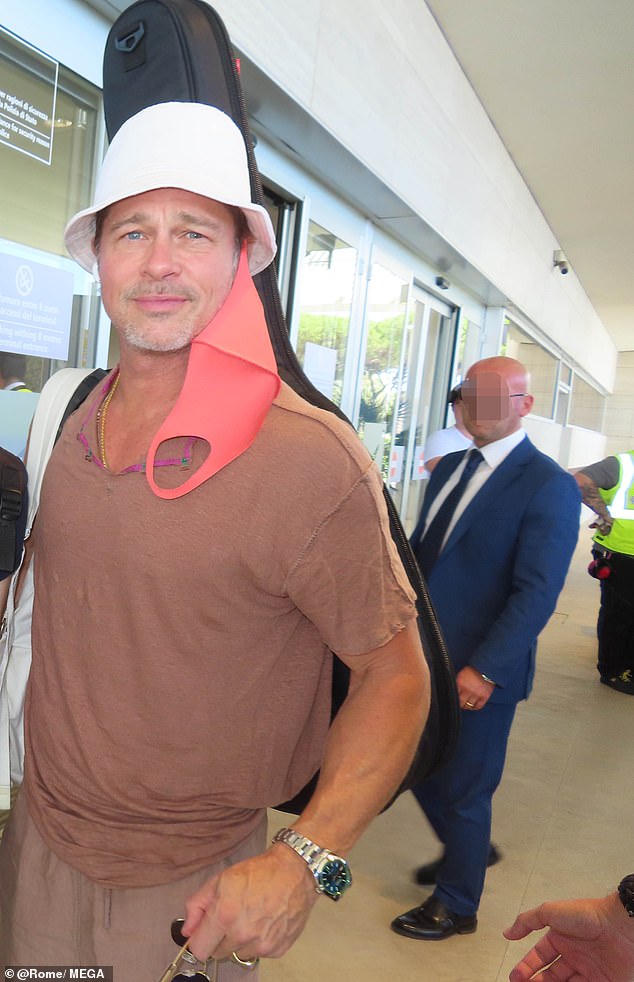 Doing his thing: Brad was no doubt visiting the children he shares with Angelina – as she has been filming in Rome for several weeks

Actress Angelina has been in Rome for several weeks where she has been filming her latest movie.

Without Blood is based on the international-bestselling novel of the same name by Italian writer Alessandro Baricco – with Angelina set to write, direct and produce it.

While the detailed plot of the film has not been revealed, the book focuses on the brutality of war, and a young girl’s search for healing after an act of violence occurs. 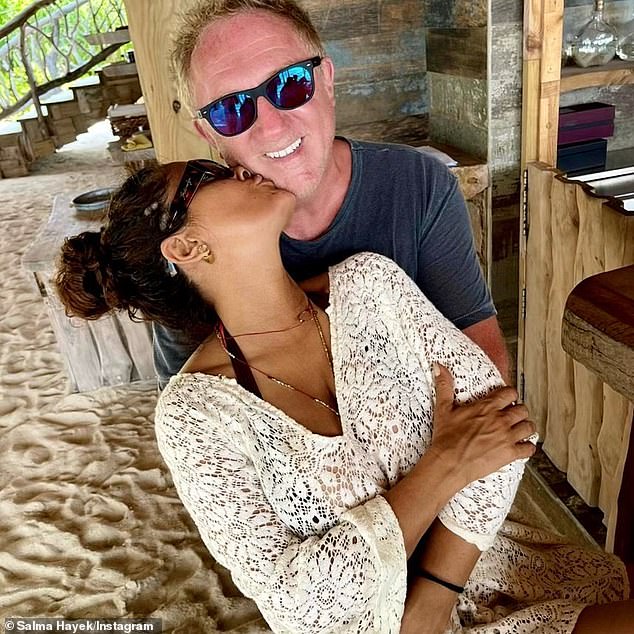 Hard at work: Angelina has been directing Without Blood which stars Salma Hayek (pictured; stock image) 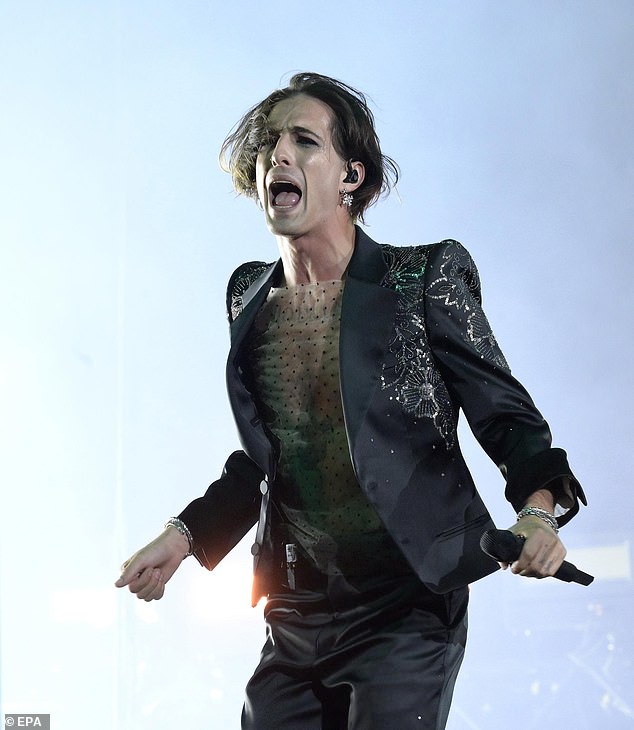