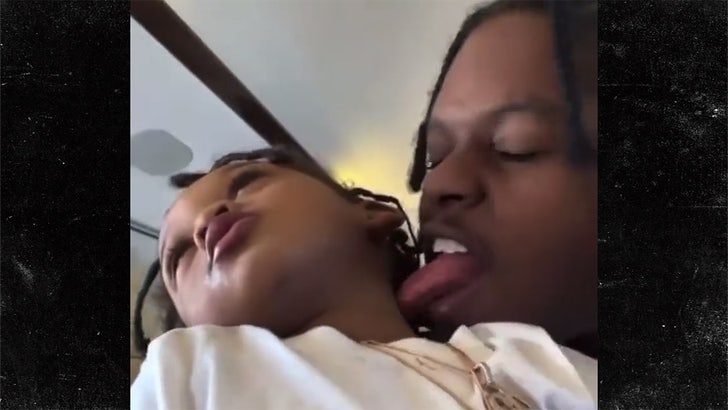 42 Dugg has responded to a now-viral video of him kissing and licking his son’s neck — and he’s firing back with nothing but homophobia.

The rapper addressed a clip he posted late this week in which he’s seen being affectionate with his young son — who just turned 3 — aboard a plane, which entailed hugging him from behind … and slobbering all over his neck — including licking, kissing and sucking.

You can see the kid kinda squirm a bit, but he eventually giggles as if to escape his dad’s canoodling. One could argue this was innocent father-son fun, but others took it differently. 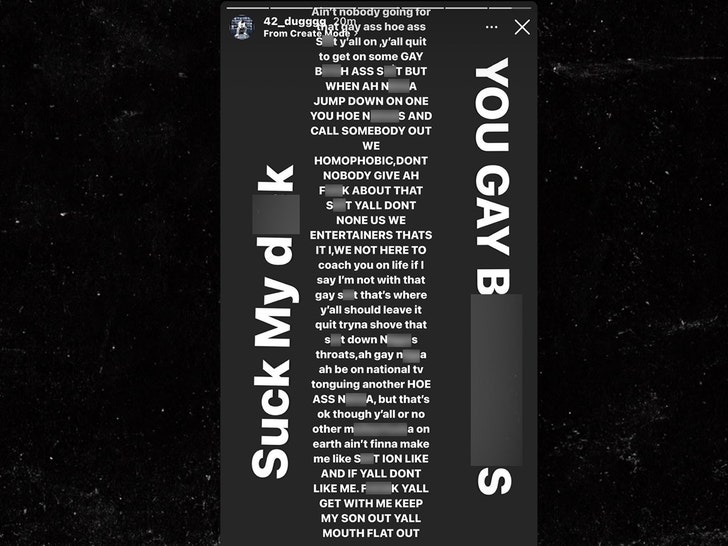 Some folks said it was inappropriate, and in some cases … many just called it gross and speculated it might be child abuse, invoking Child Protective Services and considerations to call them over this. The interaction itself was up for debate … but Dugg’s fiery retort isn’t.

Instead of tackle the crux of the issue — whether this video is fatherly love gone too far — Dugg went on a rant that was riddled with homophobic language and sentiments … not entirely different from what DaBaby spewed. Now, he’s catching backlash for this too.

We won’t get into all the nitty-gritty from his post — you can read the since-deleted IG Story above — but essentially … Dugg seems to want to distance himself from any talk of homosexuality as it pertains to his relationship with his kid … further saying he feels he’s having same-sex vibes shoved down his throat by famous people and society at large.

Whatever point Dugg was trying to make gets lost in the clear bigotry and apparent hatred he seems to have when it comes to the LGBT crowd. Not a good look … all the way around.