This story just gets more and more shocking…

We told you on Thursday about the tragic revelation that one of the drivers in that deadly crash in Texas on Tuesday was a 13-year-old. Ricky Siemens has now been identified as the teen who was driving the 2007 Dodge 2500 pickup truck that collided with a van carrying the UNW men’s and women’s golf teams on FM 1788, a short ways from Dallas. In all, nine people perished in the crash — six students, their coach, Ricky, and his father Heinrich Siemens (38), who was in the passenger seat of the truck.

The National Transportation Safety Board believe the truck was driving on a spare tire — always dangerous to do for very long, especially at highway speeds — when it blew, causing the truck to veer into oncoming traffic, hitting the van head-on.

We still have no idea why young Ricky — who was two years below the minimum age for driving with a learner’s permit — was behind the wheel at all, much less on the highway, at night, with a spare tire on the car. The investigation is ongoing.

Meanwhile, however, we’re now learning this is the second devastating accident for the Mennonite family in just four months. According to family friend Aganetha Siemens, there was a horrible fire in December; and tragically Ricky was at the center of that accident as well. She told DailyMail.com:

“Just before Christmas, their house burned down. The 13-year-old made some eggs and forgot about it.”

No one was hurt in the previous incident. But for such a terrible event to be followed by something even worse, it’s just horrible to think about. Aganetha added:

“I couldn’t imagine going through all that and then to have this happen. It’s just so sad.”

Ricky’s mother, Agatha Siemens, confirmed her son’s death, posting tributes on Facebook to him and to her husband after the crash. 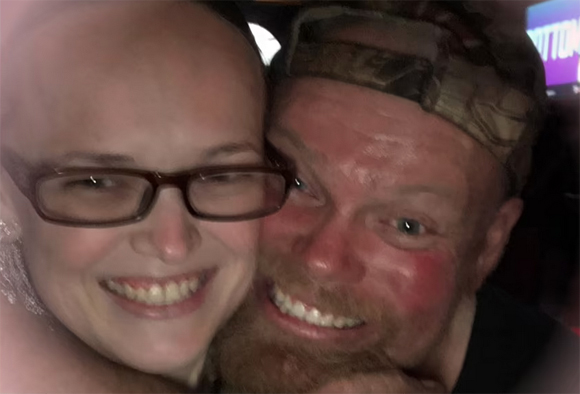 The golf teams were on their way back from a competition in Midland. While seven passengers of the van died at the scene, two male students were airlifted to the hospital where they were listed in critical condition.

The parents of one of the students, 21-year-old Karisa Raines , have spoken out about the tragedy on the Today show.

The family launched a fundraiser to pay for her funeral expenses. Thus far it has raised $19,000. You can contribute HERE.

Keeping all these families in our thoughts…