A hospital sponsored by Mark Zuckerberg penalises patients with private health coverage and charges up to $20,000 for treatment after a bike accident, it has emerged.

Zuckerberg San Francisco General Hospital – named after the Facebook founder following a $75million donation – does not accept any private health insurance plans in a bid to subsidise poorer patients.

The policy is in place despite the hospital’s position as the only Level I trauma center in San Francisco, leaving patients with huge bills when they are treated in its emergency room.

One patient, Nina Dang, was charged $24,074.50 for treatment for a broken arm after she fell off her bike, Vox reported. 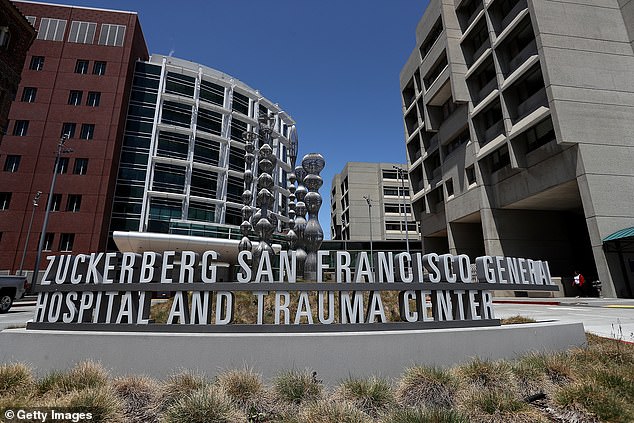 A new report has revealed the complaints of some former Facebook employees who accuse the company of having a ‘cult-like’ workplace culture.

The CNBC report, published on Tuesday, cites more than a dozen former Facebook employees who left between late 2016 and the end of 2018, and who declined to be named.

The ex-employees describe a workplace where dissent was discouraged and they felt compelled to feign happiness, while a harsh ‘stacked ranking’ system of evaluations encouraged short-term thinking.

One former manager said that after he asked tough questions about a company initiative at an ‘all-hands’ meeting, he and his bosses received a barrage of angry calls from the team running that program.

‘I never felt it was an environment that truly encouraged ‘authentic self’ and encouraged real dissent because the times I personally did it, I always got calls,’ said the former manager, who left the company in early 2018.

Other ex-employees said they felt forced to feign happiness with their work and participate in after-hours team-building activities.

She was given an X-ray, CT scan and medication to relieve her pain.

Her insurer covered less than $4,000 based on its own view of a reasonable cost for the treatment, leaving her with more than $20,000 to pay.

Another patient with a terrible migraine was taken to the emergency room at the Zuckerberg hospital and left with a bill over $10,000 for a CT scan and morphine.

Yet another, nurse Alexa Sulvetta, was charged more than $30,000 after falling from a rock climbing wall.

She has been fighting a legal battle with the hospital to have the bill for the one-night stay reduced.

It means patients taken to hospital by ambulance – who are often in no state and have no time to choose between health providers – are left with huge bills.

Comparable hospitals such as UC Davis Medical Center in Sacramento, which is also a Level I trauma center, do accept private plans.

UC Davis lists a series of private health insurance schemes which patients can use, as does Oregon Health & Science University in Portland.

‘I’ve heard anecdotes of some hospitals trying a strategy like this but my impression is that it doesn’t last very long,’ he said.

A spokesman for the hospital acknowledged that it does not accept any private health coverage.

The spokesman told the publication: ‘It’s a pretty common thing. We’re the trauma center for the whole city.

‘Our mission is to serve people who are underserved because of their financial needs. We have to be attuned to that population.’

The hospital was named after Zuckerberg following a $75 million donation from the tycoon and his wife Priscilla Chan in 2015.

It was described as the ‘largest single private gift from individuals to a public hospital in the United States’.

‘Priscilla and I believe that everyone deserves access to high quality health care,’ Zuckerberg said at the time. 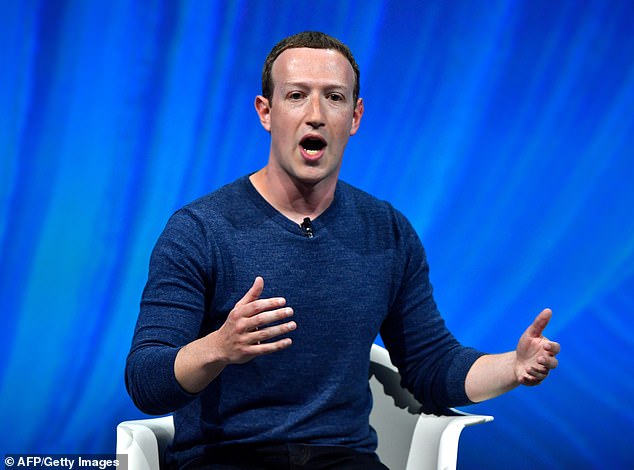 In November the hospital faced calls to remove the Facebook chief’s name from its title amid a series of scandals at the social media giant.

In a disastrous period for Facebook the firm has been hacked, allowed a data firm to gather data from users and faced waves of criticism over its role in enabling the spread of misinformation online.

Cambridge Analytica, a British-based political consultancy firm which had ties to the Trump campaign, was found to have misused the data of tens of millions of Facebook users.

The number was initially estimated at around 50million but later revised up to as high as 87 million.

Two weeks later, the company said that data belonging to 29million other users had been stolen.

Facebook’s stock has taken a beating, with share prices falling nearly 30 per cent in 2018 in the wake of well-publicized scandals over user data privacy and the role of the platform in spreading false information.