A drug gang who turned a town into one where shoppers and workers were confronted by the sight of ‘zombies’ under the influence of Spice were jailed for 10 years today.

The three men and one woman had earlier admitted their parts in the ‘sophisticated operation’ which led to the substance being sold on the streets of Wrexham, Mold Crown Court heard.

The gang used a garden shed as a drugs factory and supplied liquid Spice to serving prisoners on a photograph of a motorbike. 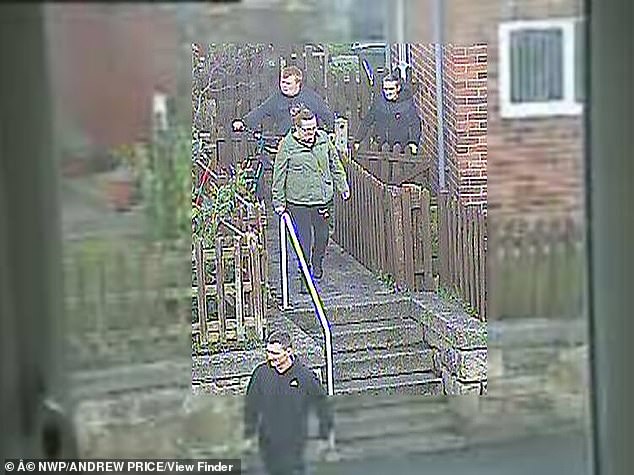 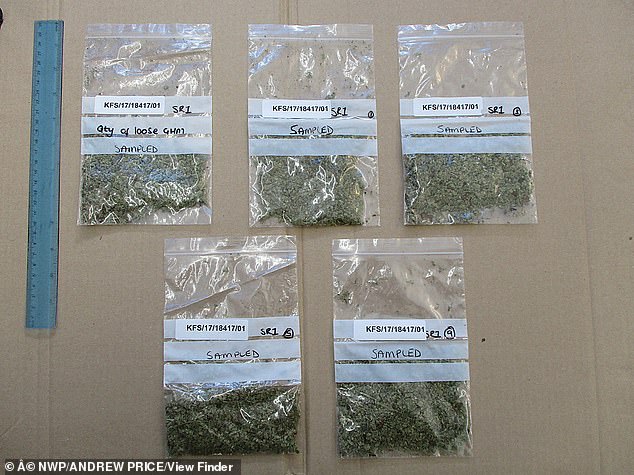 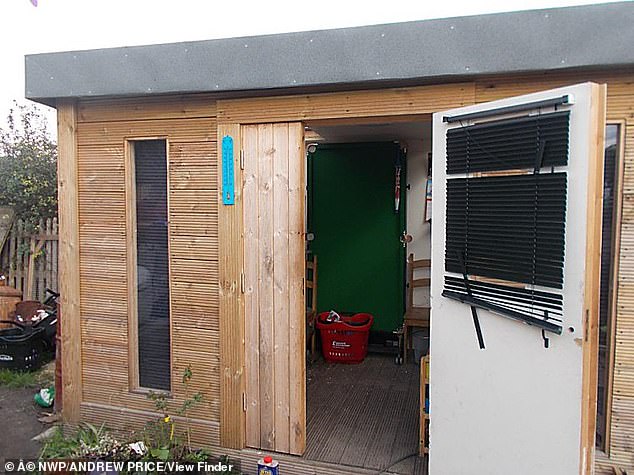 The shed where the Spice drug operation was based in Wrexham, North Wales

Widespread use of the drug caused ordinary people of all ages ‘to feel very uncomfortable and often afraid to venture out’.

Ringleader Joshua Partyka, 26, admitted conspiracy to supply Spice, intent to supply cocaine and a further charge of possession with intent to supply spice to inmates in prisons. He was jailed for a total of six years by Judge Rhys Rowlands.

James Dunn, 42, nicknamed ‘James Mamba’ and described as the frontman who would hand over drugs to customers, was jailed for two years and eight months. 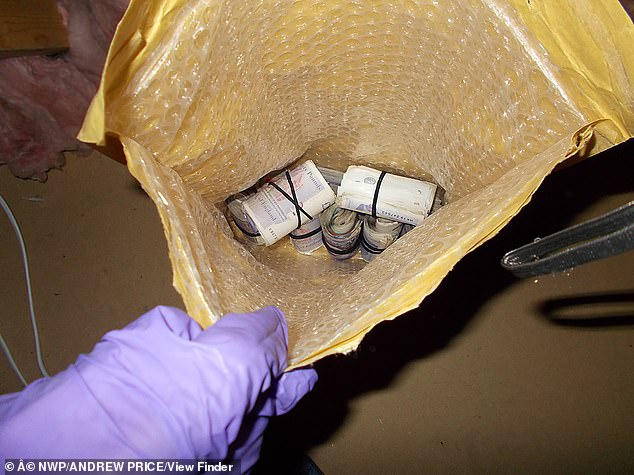 Lorna Jones, 26, banked £25,000 in pound coins while unemployed for the gang (Pictured money in the drug den) 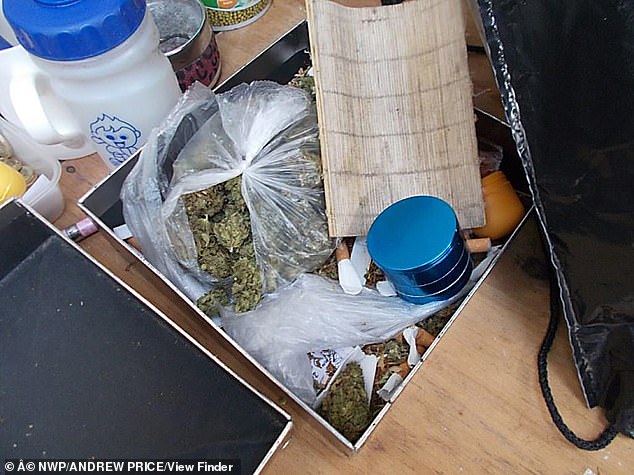 He also pleaded guilty to twice possessing drugs at court.

Daniel Jones, 20, is said to have been addicted to cannabis was jailed for up to two years.

He was often seen on a pushbike moving the drugs around for supply says the prosecution.

Lorna Jones, 26, who has a five-year-old child in her care, banked more than £25,000 in pound coins while unemployed.

She must obey a ten-month 9pm-6am curfew and undertake rehabilitation.

The synthetic cannabinoid known as Spice and Black Mamba was supplied to HMP Altcourse in Liverpool and HMP Wrexham. 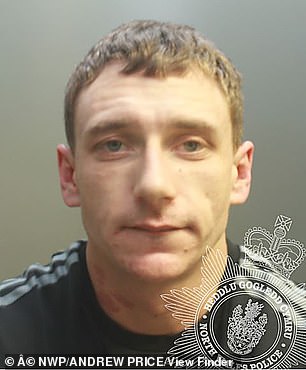 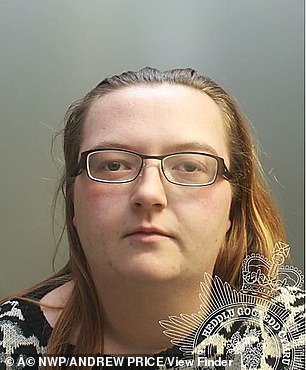 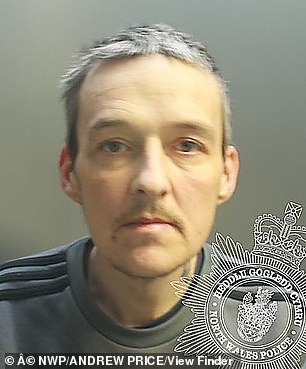 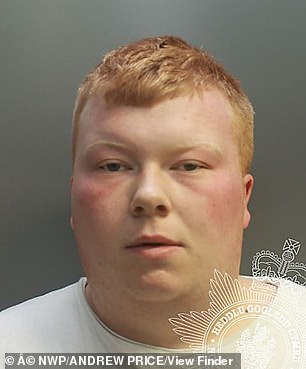 James Dunn, (left) 42, nicknamed ‘James Mamba’ was recruited into the gang due to his addictions to heroin for 20 years and Spice for two years. Daniel Jones, (right) 20, also an addict, used his pushbike to move the drugs 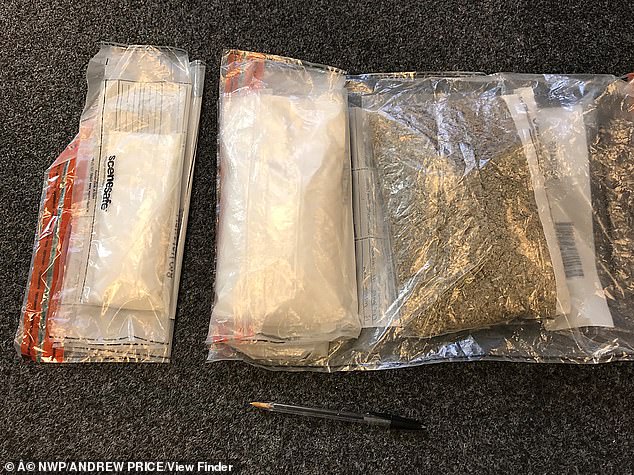 Judge Rhys Rowlands at Mold Crown Court said:’There’s a need to send out a message to those who peddle such misery that custodial sentences will follow.’

The conspiracy went from August 2015 to last December. Partyka also supplied Spice to serving prisoners using paper documents containing a photograph of a motorbike and liquid Spice sprayed on the paper in a ‘sophisticated’ operation,’ prosecuting barrister Anna Pope said.

‘There was a contact in Liverpool’s Walton jail and a phone message referring to making a lot of money.’

The judge ordered a fine of £15,340 from Partyka but his barrister argued it wasn’t a sophisticated operation.

‘This type of offending is completely out of character,’ added Phillip Tully, defending. 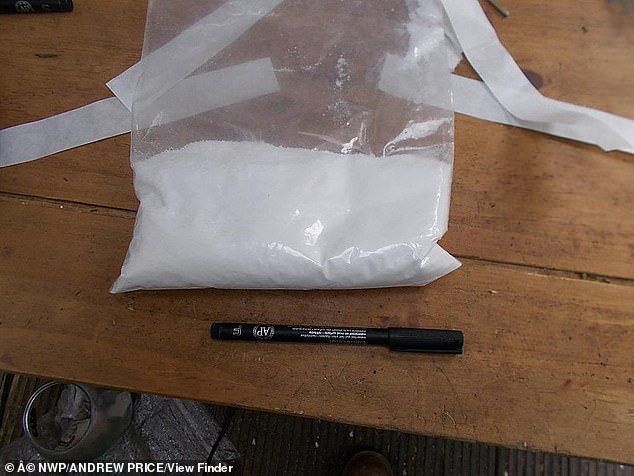 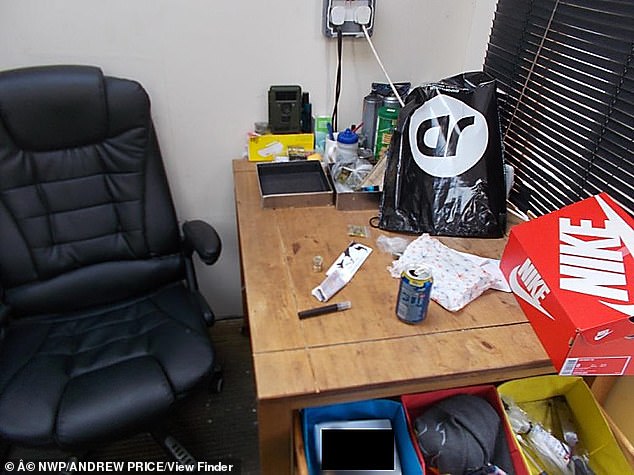 The judge ordered a fine of £15,340 from Partyka but his barrister argued it wasn’t a sophisticated operation (Pictured the office area inside their drug factory)

As addictive as heroin and crack, the drug costs just £5 per bag.

Smoking a single Spice joint is akin to smoking up to 100 containing normal cannabis – and addiction can take hold in just three days.

It has left addicts suffering severe psychotic episodes, hallucinations, vomiting and even seizures.

Ministers outlawed possession of the Class B drug, but there is confusion amongst police over whether those caught with it can be arrested.

Officers also say the drug has become more potent since supply shifted from shops to streets.

A global drugs survey found that hospital admissions as a result of taking the herbal substance Spice have increased by over one-third since 2014.

The drug’s relative cheapness has also made spice popular among the homeless and in prisons.

In Manchester, police and ambulance chiefs admitted they were struggling to cope with the number of call outs to spice users who were collapsing in the city centre daily. It is estimated that 96 per cent of the city’s young homeless are hooked on the drug.

It is also estimated that an ambulance is called to British jails every 42 minutes as a consequence of a spice epidemic in prisons.

Such psychoactive substances have also been linked to a rise in violence against staff and inmates, prisoner blackouts, seizures and heart attacks.

Each call-out costs about £300 so the bill for all incidents per year is over £4million.