‘Out of the pot, into the FIRE’: Wuhan evacuee, 38, who cried ‘we’re free’ as he left Arrowe Park quarantine in UK now wishes he’d never left China

A Wuhan evacuee who was quarantined for two weeks when he returned to the UK has said he wishes he had never left China.

Matt Raw, 38, shouted ‘we’re free’ as he walked out of quarantine at Arrowe Park Hospital in Wirral on February 13, but now says he went ‘out of the pot, into the fire’ when he was released.

‘We should never have left China,’ he added. ‘We made the decision to come back over here because there was a killer virus running loose around Wuhan.’

‘At the time coronavirus was not in England – I think the first case was while we were in quarantine in Arrowe Park, and I thought “They have seen what happened in China, they will jump on this straight away”. 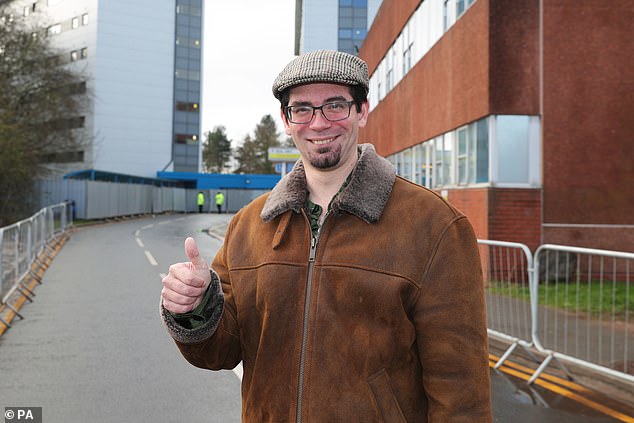 Matt Raw, 38, said he went ‘out of the pot, into the fire’ when he was released from quarantine in Arrowe Park Hospital, Merseyside, after being evacuated from Wuhan 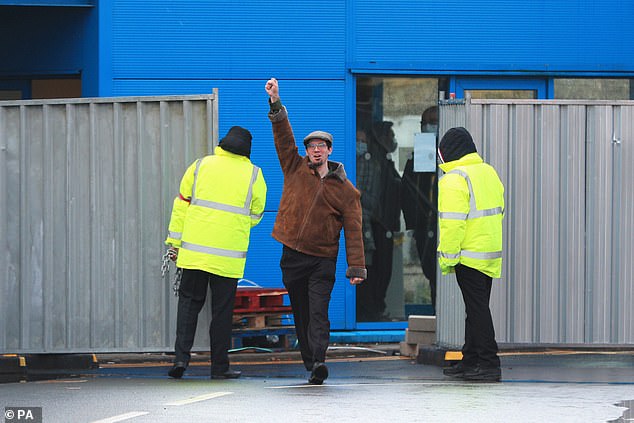 He was one of 83 Britons evacuated from Wuhan and brought to Arrowe Park Hospital. When he left quarantine, he shouted ‘We’re free’

Mr Raw, who arrived back in Britain on January 31 with his wife, Ying, 38, and his 75-year-old mother, Hazel, who has dementia, said that for friends and family in Wuhan things are starting to get back to normal.

He said: ‘They’re out of lockdown, it looks like they’ve got control of the situation.

‘Ying’s brother has his own business and, as far as I understand, they are all back at work now, but they’re still being sensible, taking precautions and not going out unnecessarily.’

Mr Raw abandoned his Jeep at Wuhan airport before boarding the repatriation flight, but said his brother-in-law had now been able to collect the vehicle. 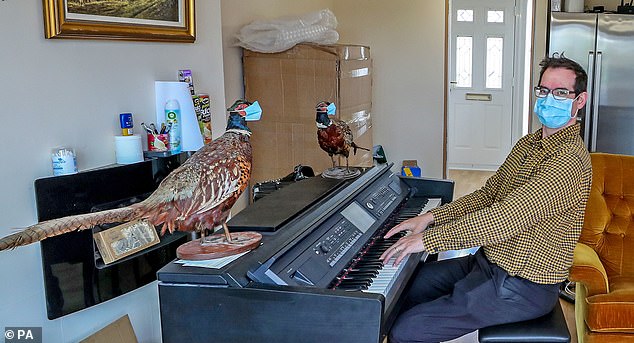 He said he believed China had done ‘everything right’ and acted more quickly and with greater force than the UK to restrict the spread of the virus.

Now, he is not planning to return to the country until there is a vaccine for Covid-19 making it safe for his mother to travel.

He said his wife had applied for a visa to stay in the UK but delays with the process mean they are not sure if she will need to return to China next month.

Mr Raw said he has been filming YouTube videos, playing the piano and spending time in the garden of his home in Knutsford, Cheshire, to occupy himself during lockdown.

He also praised his neighbours, who, he said, have been supporting each other.

‘That’s really what makes it all very, very bearable indeed,’ he said. 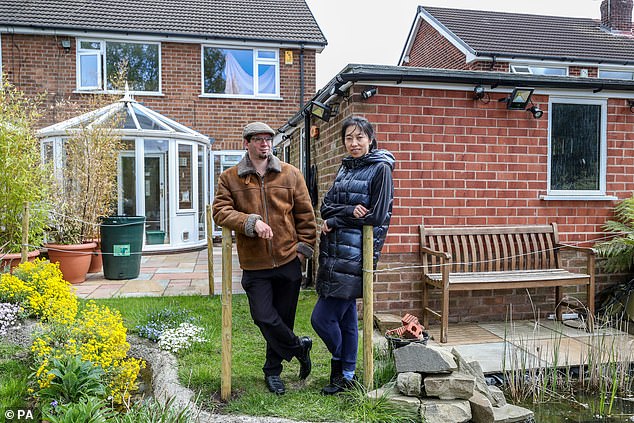 He also said he has been spending time in the garden of his home in Knutsford, Cheshire, during lockdown

‘We know what we’ve got to do now, we need to stay inside and it’s not going to be forever.

‘I would rather be in quarantine over here than in China, but I think, very definitely, that coming back here was a mistake.

‘We’ve made our bed so we just have to put on a happy face and lie in it now.’

Mr Raw was one of 83 Britons evacuated from China and quarantined in a unit on the Wirral.

They had landed at Brize Norton in Oxfordshire and were driven 180 miles by bus to Arrowe Park Hospital in Merseyside.

Doctors and nurses were given two days’ notice to move from the accommodation block to make way for the quarantined Britons.

Staff were seen packing bedding, clothes and pots and pans into cars and vans. 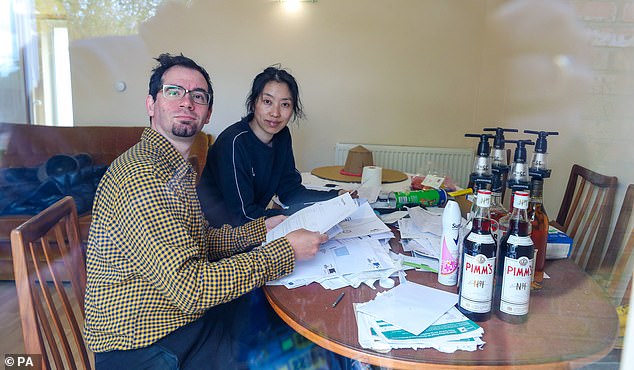 On January 22, the UK was still at low risk from the virus and Heathrow was screening all arrivals from Wuhan.

Two people in the UK tested positive for the virus at the end of January after two Chinese nationals fell ill at a hotel in York. One was a student at the University of York.

A third infection was confirmed on February 6 and the patient was believed to have contracted the virus at a conference in Singapore.

By January 29, the Hubei province in China had 4,903 infections and 162 deaths, according to Johns Hopkins University.

Britain’s cases began to surge on March 4 after 34 cases were detected in a single day.

Boris Johnson urged people to work from home where possible and avoid pubs and restaurants on March 16. 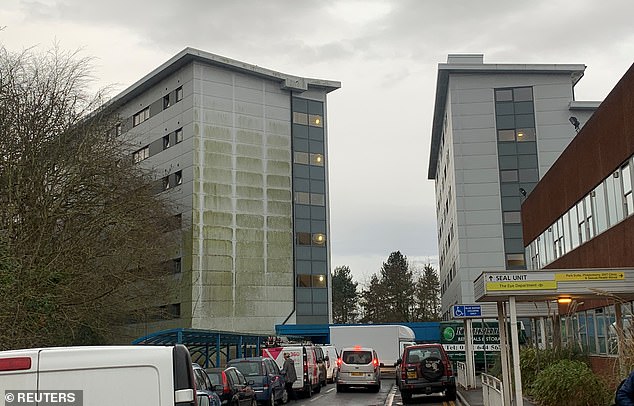 He announced lockdown measures on March 23, with non-essential shops closing.

People were only allowed to leave their house for essential reasons, such as shopping, medical reasons, travelling to and from work where they couldn’t work from home and an hour of daily exercise.

The UK has had 183,500 confirmed cases of coronavirus and 28,131 deaths, according to Johns Hopkins University.

This means the UK has the second highest death toll in the world after Italy.

The Hubei province in China, where the first cases of the virus were detected, have had 68,128 confirmed cases and 4,512 deaths.