A National Gallery worker who claimed she was racially discriminated against after being asked to wear a badge to show visitors she could speak Arabic has had her case dismissed by an employment tribunal.

Dana El Farra, who is British but has Kuwaiti parents, attempted to sue her bosses at company Securitas after being asked if she could display the Kuwaiti flag on her work badge.

The request, made via email, said the badge was to ‘identify your mother tongue with the appropriate flag’ and that it was not mandatory, the London Central tribunal heard.

Ms El Farra – whose customer-facing role often entailed providing information and responding to queries –  took offence to the request and ‘made it clear’ she would only wear a British flag.

The tribunal heard how she saw the request as ‘racially motivated’ while complaining that she was treated worse than her Spanish and Italian co-workers due to her ethnicity.

But the tribunal ruled the request was not racist and that other comments made did not create a ‘humiliating or offensive environment for her.’

The company provides visitor engagement services for London galleries including the National Gallery and Tate Modern. 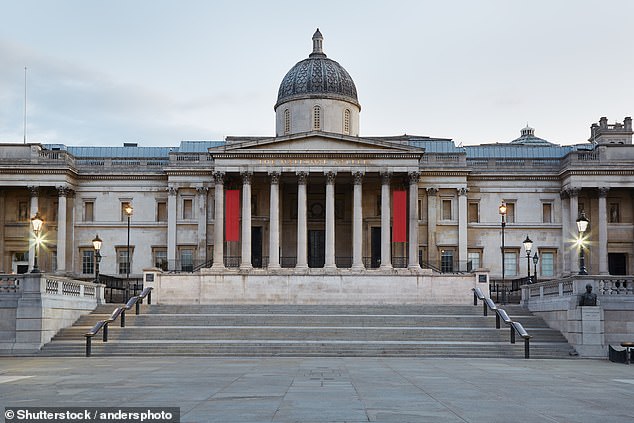 Dana El Farra, who is British but has Kuwaiti parents, had claimed she was racially discriminated against after being asked if she could display the Kuwaiti flag on her work badge (Pictured: National Gallery)

The tribunal heard Ms El Farra, who describes herself as of Arab ethnicity, was offended on several occasions by comments made by colleagues relating to her ethnicity.

She described the comments as ‘racial micro-aggressions’.

In one instance, the hearing was told an Italian manager had asked: ‘What is this you are opening here, a market?’, when Ms El Farra put her coat and bag on a bench beside her.

Ms El Farra argued the reference to a ‘market’ was ‘a scathing stereotype about Arab culture’.

But the tribunal ruled the manager had made the comment ‘before a morning briefing’ and that it was ‘directed at everyone’.

It further rejected that the remark was ‘a stereotype about Arab culture’.

In a later incident another Italian manager emailed Ms El Farra and another Arabic speaking colleague from Algeria called Faiza, asking: ‘What is your native country?’

The email read: ‘This is to identify your mother tongue with the appropriate flag, and it is not mandatory, so I hope you are still happy to wear your flag?’

But the tribunal heard Ms El Farra responded in terms which ‘made it clear that she would object to wearing any flag other than a British one’, and that she ‘would not wear a flag which reflected a country she had never been a national of’.

Ms El Farra also responded with a copy of her birth certificate, to which her manager replied that she had only asked the question because she had previously told her she spoke Arabic.

The tribunal ruled this was ‘a clumsy way’ of asking if Ms El Farra would be willing to wear a badge of a particular country, but acknowledged the manager’s first language was not English.

The tribunal was told: ‘Ms El Farra considers that it was racially motivated because the email was only sent to her and Faiza, but we do not accept that.

‘The manager asked them because she was responsible for compiling a spreadsheet of languages spoken by the VEAs. 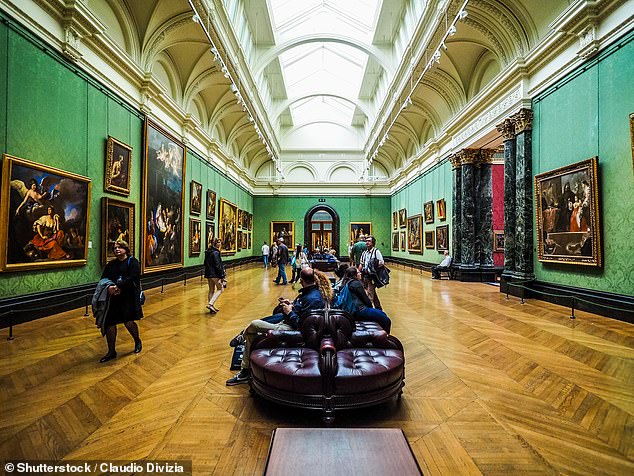 ‘Ms El Farra had told her that she was born in Kuwait and spoke Arabic, so she wanted to confirm the position. Likewise, she knew that Faiza was from Algeria.’

Ms El Farra also claimed she was treated ‘less favourably than those not of Arab ethnicity’ in her requests for ‘flexible working’.

She resigned in November 2019 and said she would be escalating her grievance to an employment tribunal.

‘That is not a criticism. She is British and such questions can indeed be offensive.

‘However, these questions need to be looked at in the context of Securitas’ workplace where employees were drawn from all over the world and may be regarded as attempts to get to know each other.

‘Ms El Farra did not complain officially, so that the various different employees about whom Ms El Farra complains may not have been aware of her objections.

‘We find that, whether taken individually or together, and in the context of Securitas’ workplace, these comments do not meet the threshold where they can be said to have violated her dignity, or to have created an intimidating, hostile, degrading, humiliating or offensive environment for her.’