THIS is the shocking moment a woman shouts "f***ing talk English" at foreign train passengers – before claiming "I'm not racist".

She was filmed by a fellow passenger as she launched a barrage of abuse towards people speaking their own language. 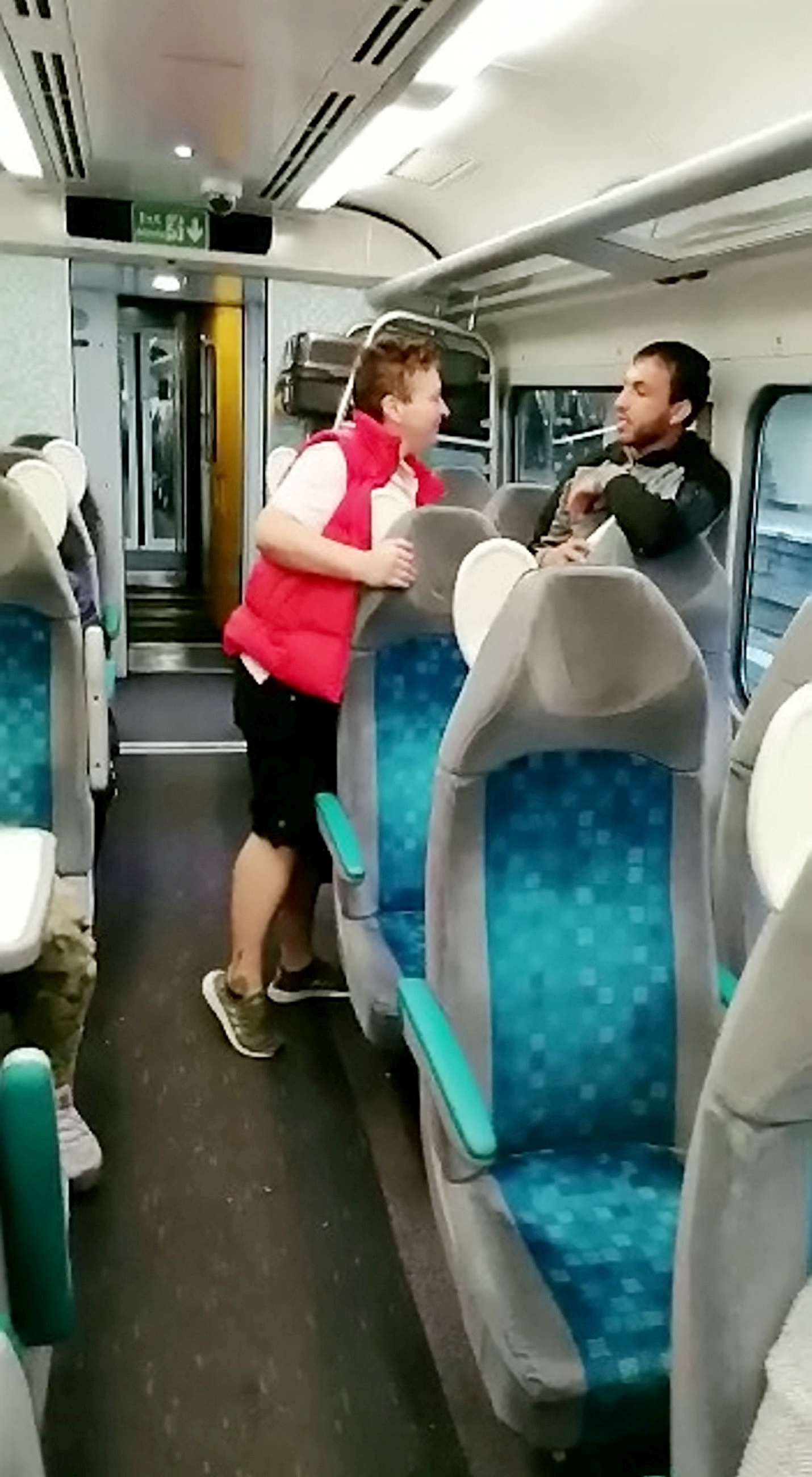 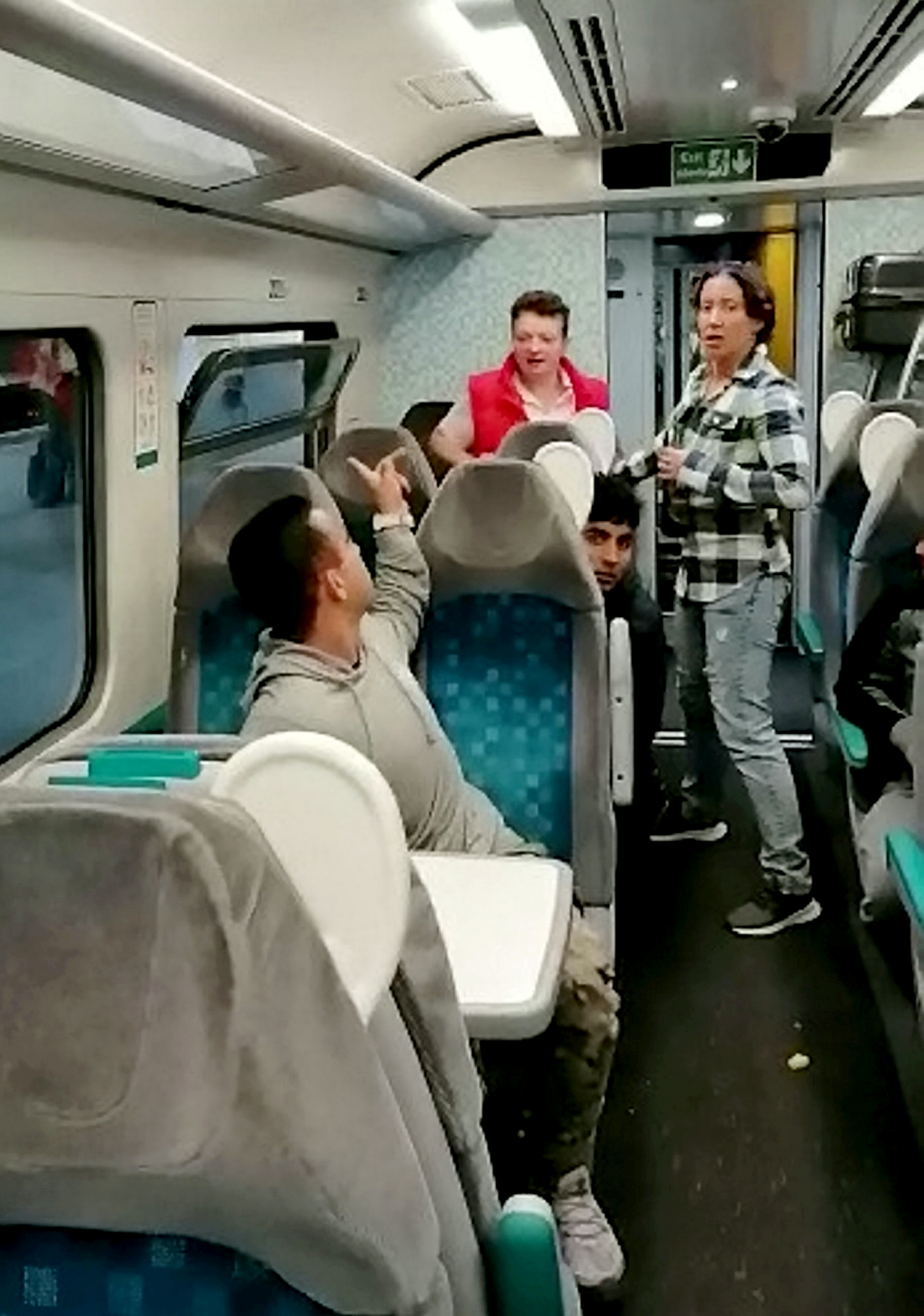 The unknown woman tells them to "f*** off" before doing an offensive impression of someone talking in a different language.

As the train moved on from Birmingham New Street, the ranting woman is led away by a pal holding what looks like alcohol.

She angrily confronts passenger Andre Martin, filming the incident and says "I'm not racist man", before swiping at the camera and marching back to her seat in a different carriage.

Mr Martin, a driving instructor from Oldbury, West Mids., had just arrived back from a week's break in France when he filmed the woman's outburst on Monday at 7pm.

The 34-year-old was sitting with two of his four children and his wife Janine, 37, and said: "I heard some swearing, it was absolutely vulgar and inappropriate for families to hear.

"It became evident that this woman was abusing the three males, telling them to go back to their country.

"I was so outraged I asked her to stop. She said I'm probably not English because I'm black. I said to her, 'I am English' but she didn't stop shouting and swearing.

"The lady she was with came over and told her to come away. She had a cider bottle in her hand and I started filming because I was so appalled at her behaviour.

"She tried to snatch my phone from my hand but she didn't and they just walked behind us and I stopped filming.

"The three men just sat there and maybe they had a conversation before they got on the train but I couldn't see them doing anything to provoke this lady, she just went mad.

"They actually said 'thank you my friend' when I was getting off. I was trying to get her to stop.

"We don't know which country they have come from and what they have suffered. Nobody deserves that abuse. It upset me and left a mark."

Mr Martin reported the incident to Transport for Wales which runs the service he was on, and said he would be contacting British Transport Police.

A spokesperson for BTP was unable to find a record of a complaint being made. 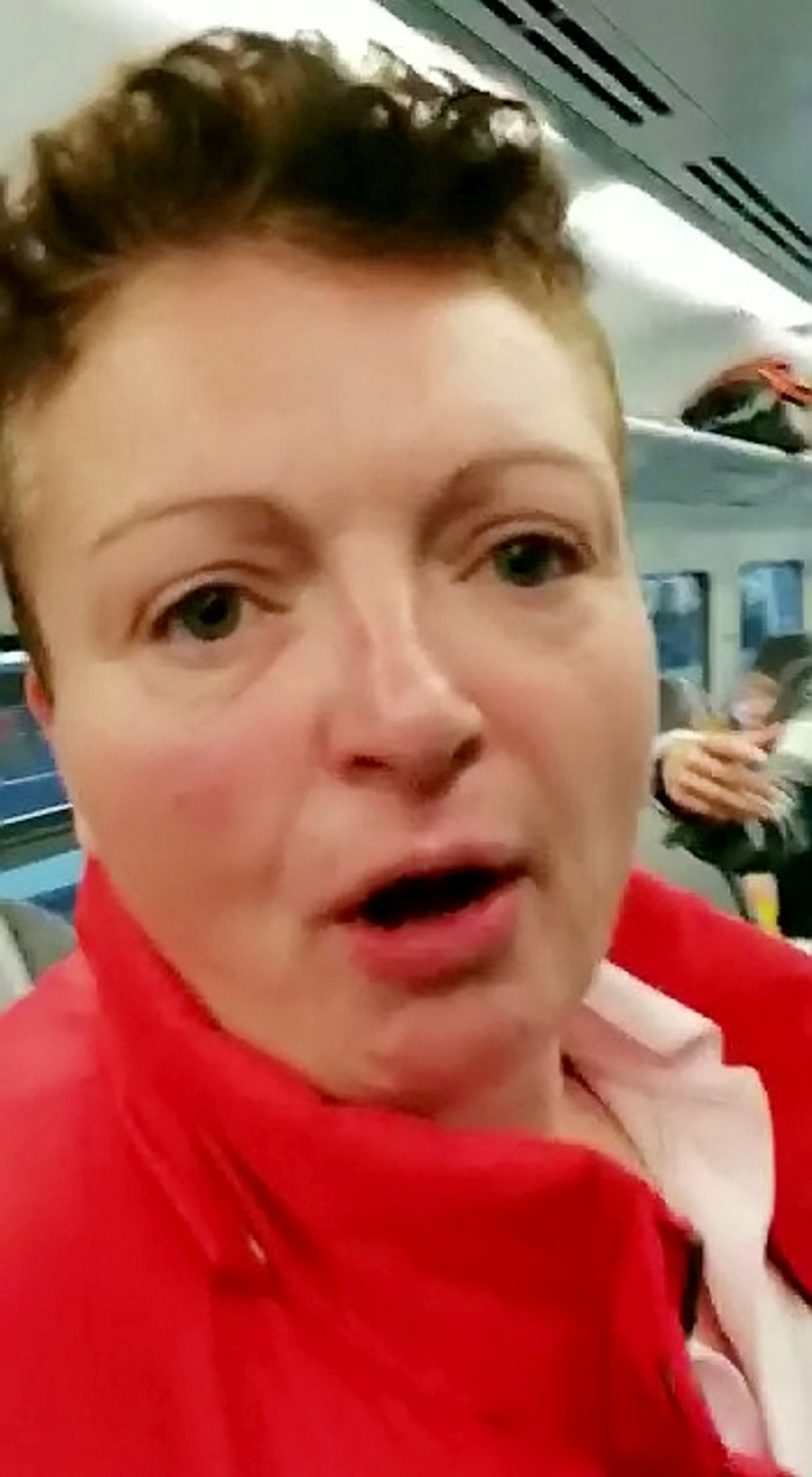 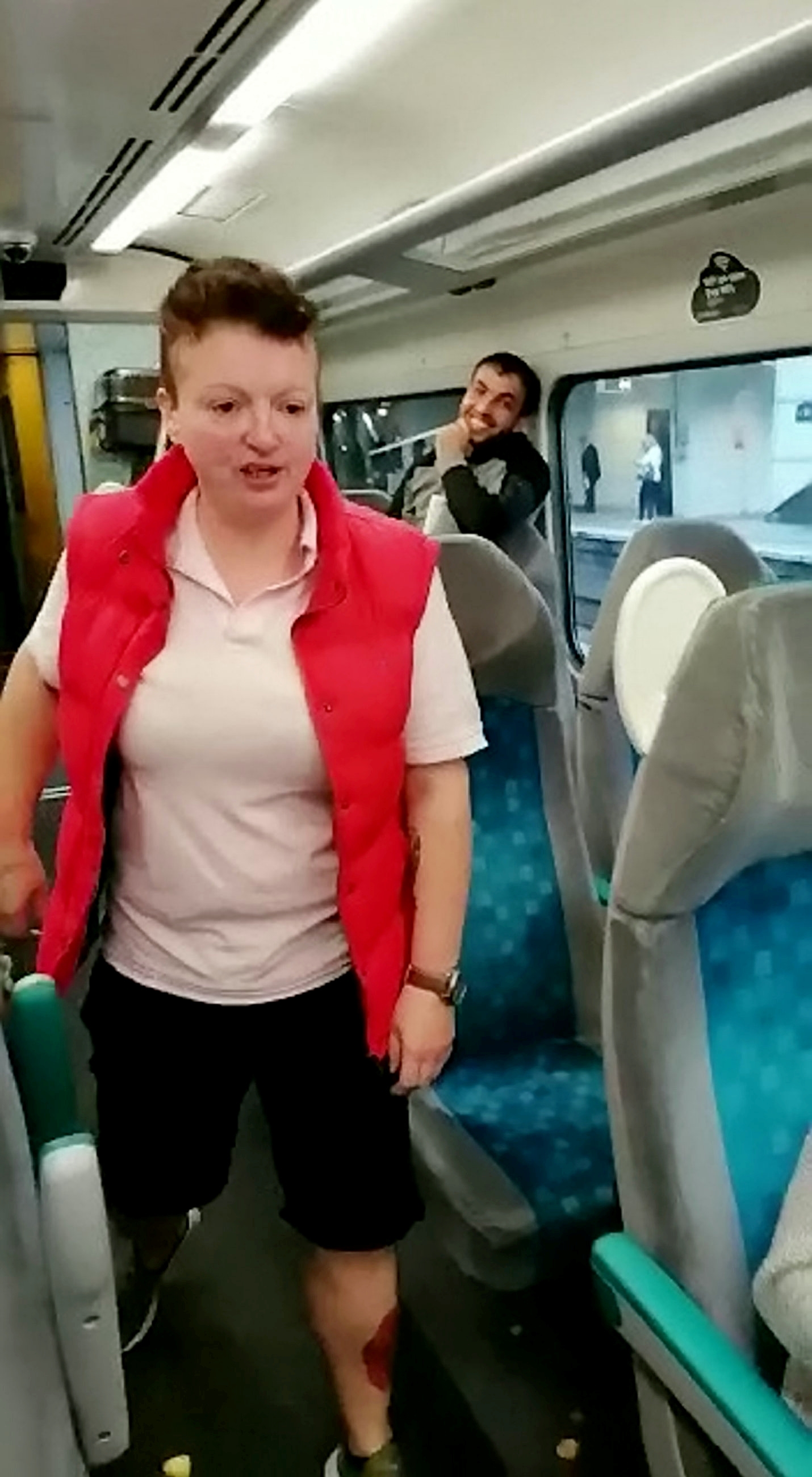 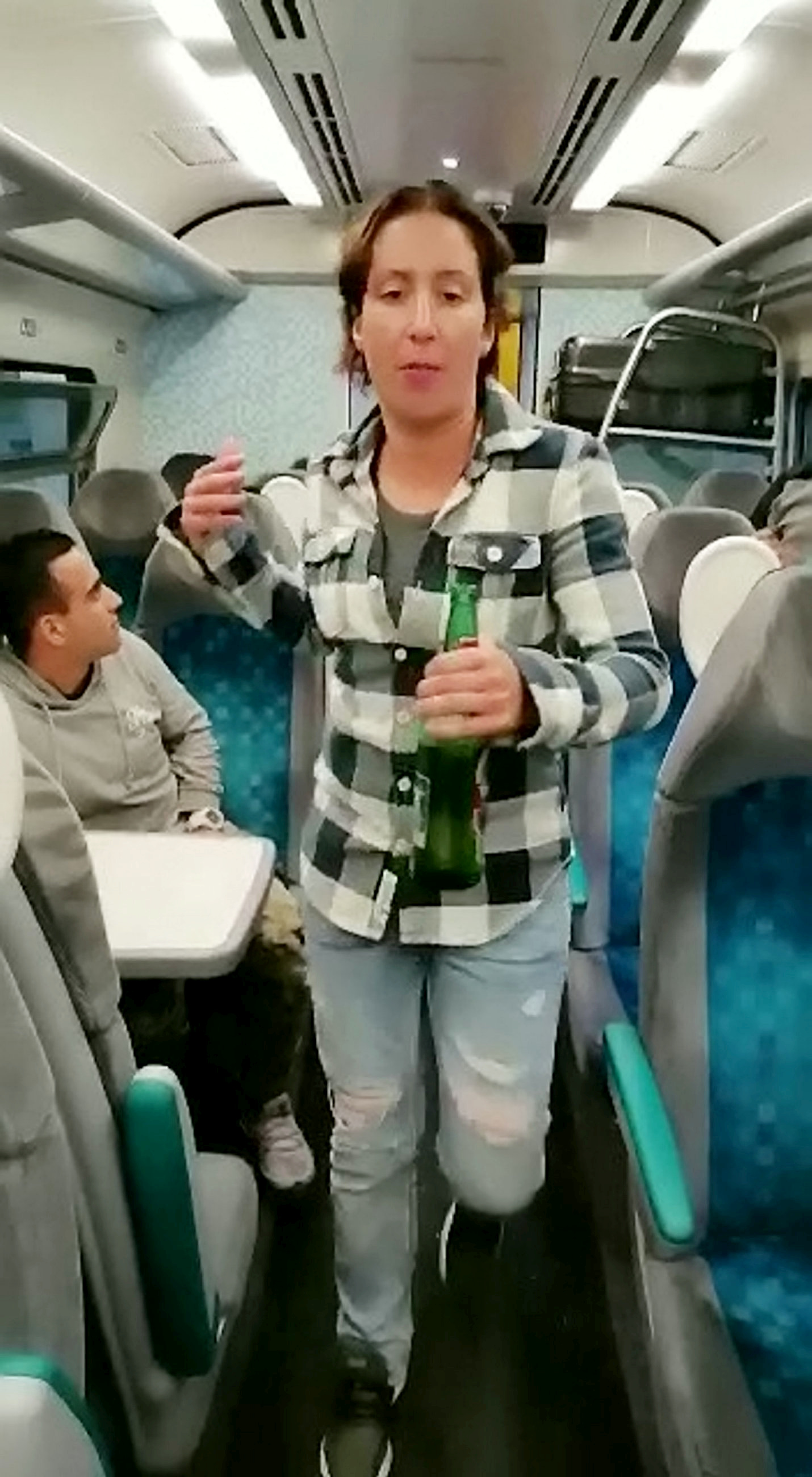