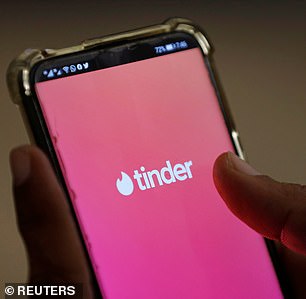 The woman is not named but she filed a lawsuit in Manhattan against Jeffrey Berger seeking $1million in defamation damages.

The woman claims she backed out of their planned meet-up when he said something she did not like.

She then claims she received an Instagram message threatening to expose the photo.

The following day, she claims her father received the picture she sent Berger in his work email inbox.

It was also posted online as the profile photo on a fake account, she alleges.

Now, the woman claims she suffers panic attacks that interfere with her ‘quality of life’.

She is suing him for causing her ‘severe emotional distress’, according to court records reviewed by The New York Post.

No details about Berger or his girlfriend have yet emerged and he has not yet responded to the lawsuit.