Jealous ex-girlfriend is arrested after poisoning her former partner, his new fiancee and killing the family dog with a tampered box of chocolates just three days before their wedding

A jealous woman has been arrested for poisoning her ex-partner and his new fiancee with a tampered box of chocolates just days before they were due to be married.

Dione Quirino, 35, and Amanda Cassia Lopes, 27, received a delivery of chocolates at home in Jaiba in the Brazilian state of Minas Gerais on Thursday September 23 ahead of their weekend wedding.

The couple tucked into the chocolates, assuming they were simply an early wedding gift, but quickly discovered they had ingested some kind of poison.

According to the news site G1, a total of five people – the bride and groom-to-be, two other adults and one two-year-old – were poisoned by the chocolates and were hospitalised after falling sick.

Meanwhile, the family dog, also given a sweet or two as a treat, died as a result. 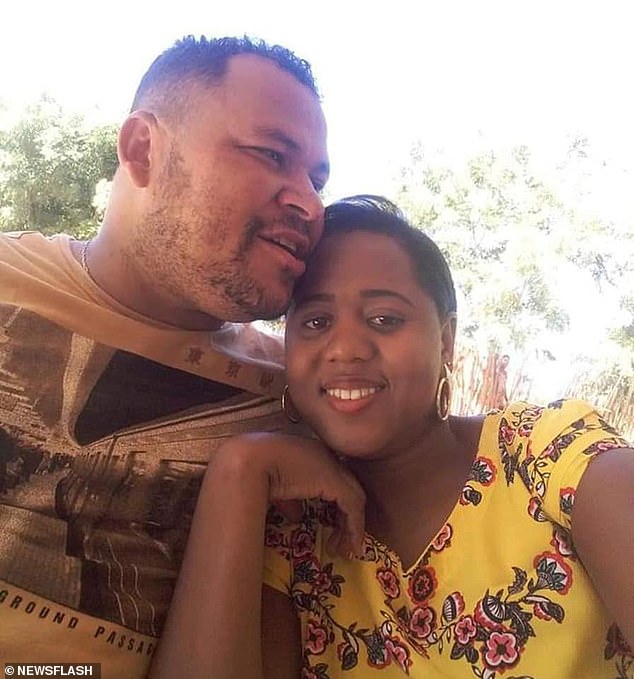 Dione Quirino, 35, and Amanda Cassia Lopes, 27, and three other people were hospitalized after eating candy, given as a wedding present, on 23rd September, in Jaiba, Brazil

The couple opened the box containing the chocolates (pictured) and tucked in with three others, all of whom were later hospitalised 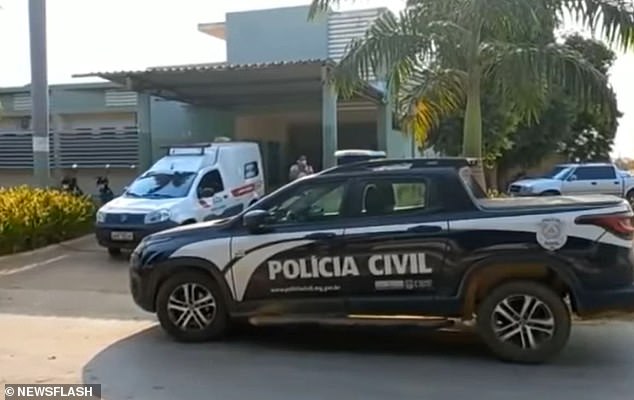 Police have arrested a woman believed to be the groom-to-be’s ex-girlfriend on suspicion of the poisoning. (Pcitured: The police at the home of bride-to-be Amanda Cassia Lopes, 27, in Jaiba, Brazil)

A woman whose name not disclosed due to the ongoing investigation, was arrested a day after the alleged poisoning incident on Friday.

She was later identified by the police as the ex-girlfriend of the groom-to-be.

The police said that a taxi driver delivered the gift, consisting of chocolates and some glasses, that was addressed to the bride.

Believing it was a wedding gift, the group tucked into the choccies and also gave a few of the treats to a two-year-old and the family dog.

The dog was the first to fall sick, according to reports, and later died from the as yet unidentified poison, while all five people were taken to hospital after experiencing severe sickness.

After interviewing the victims and other family members, the police identified the groom’s ex-partner as the main suspect.

According to their statements, the woman was never able to accept the end of the relationship or that her ex had found happiness with someone else.

A police statement said that authorities are reviewing a wealth of information including CCTV footage and camera phone footage, and are conducting analyses of the chocolates, the victims’ stool samples and the contents of the deceased dog’s digestive tract to determine the cause of its death.

Delegate Marconi Vieira has been named as the legal representation for the woman, who was arrested by police on Friday September 24 at her residence.

Police also carried out a search at the residence.

No information has yet been released about the substance used in the chocolates and the incident remains under investigation. 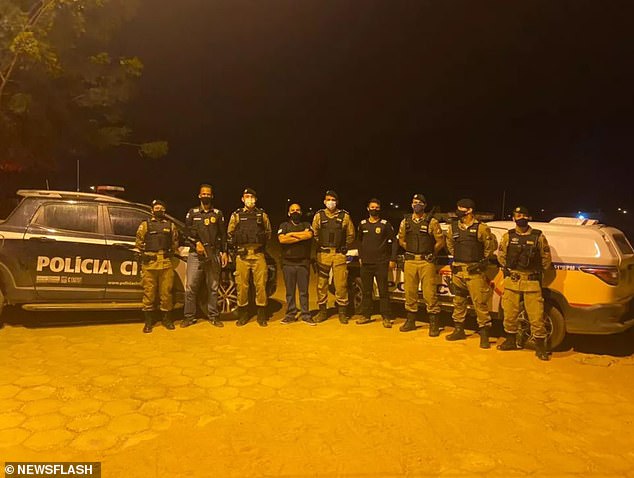