LONDON (Reuters) – During Queen Elizabeth’s 70-year reign, republican rumblings surfaced on occasion, but the affection and respect she enjoyed meant that the movement to do away with the monarchy struggled to make a lasting impression.

Now, with her death and the accession of her less popular son Charles, republicans believe that the end of the 1,000-year-old institution could be a step closer.

“The queen is the monarchy for most people. After she dies the future of the institution is in serious jeopardy,” Graham Smith, chief executive of campaign group Republic, said earlier this year.

“Charles may inherit the throne, but he won’t inherit the deference and respect afforded the queen.”

Smith and like-minded anti-monarchists argue that the royal family has no place in a modern democracy, and is staggeringly expensive to maintain.

Royal officials say the institution costs each Briton less than 1 pound ($1.15) annually, but Republic says its true cost to the nation each year is about 350 million pounds. 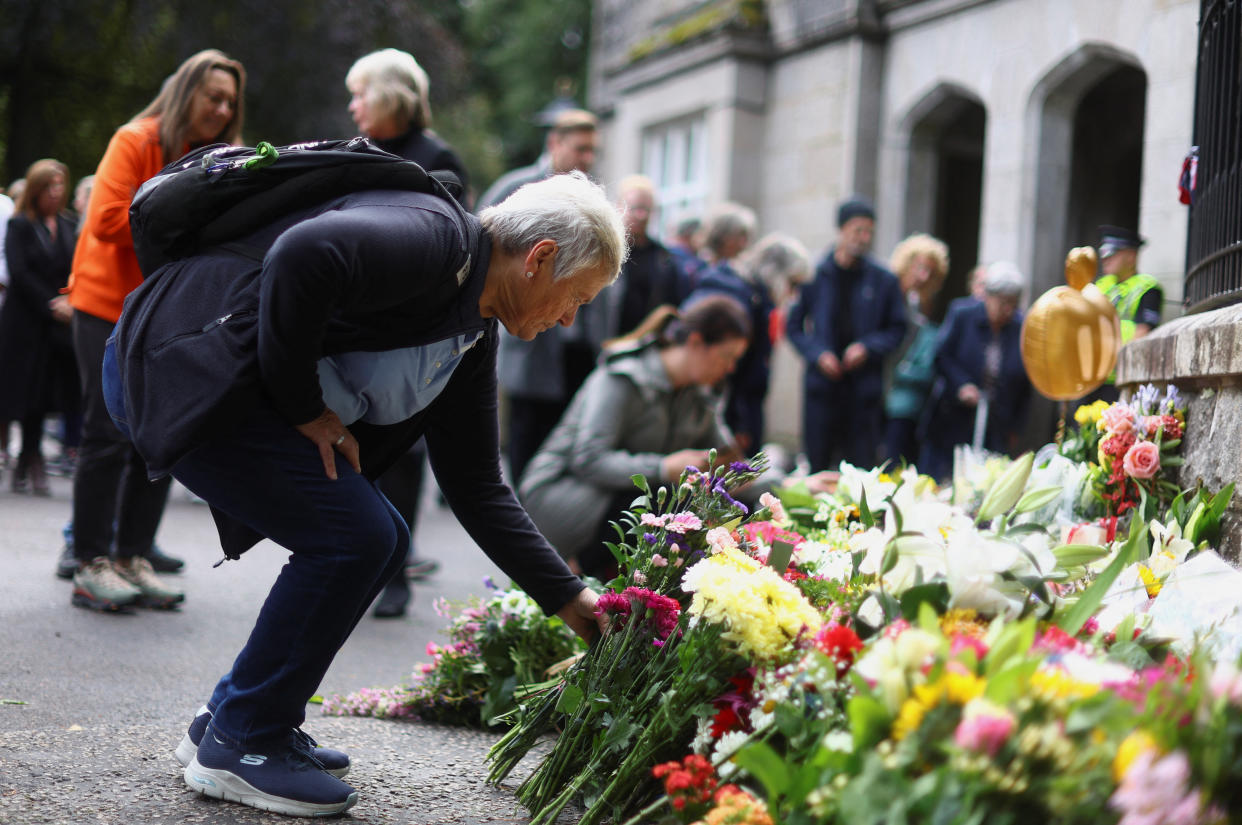 The overall wealth of the family is also hard to gauge due to the opaque nature of its finances and what it directly owns. A Reuters analysis in 2015 suggested it had nominal assets worth almost 23 billion pounds at the time.

Polls have consistently shown that the vast majority of Britons back the monarchy, with support for the queen herself running at similar or higher levels. Republicans accepted they had no chance of changing the system while she was alive.

But surveys have also shown support is slipping, especially among younger Britons, and that Charles is less popular.

Backing for the 73-year-old taking the throne has also fluctuated, with some polls suggesting that many people believed the throne should pass to his eldest son Prince William instead.

The new king’s second wife Camilla also remains a divisive figure, surveys show, and the greater popularity of William and his wife Kate could help counter moves towards abolishing the monarchy in Britain and abroad.

Britain’s mass-market newspapers have largely embraced the Duke and Duchess of Cambridge, who are a regular feature on the front pages as they carry out royal and charitable duties across the country.

One former senior royal aide told Reuters the younger royals were more media savvy than the older generation, and that an enormous amount of planning and care went into ensuring their work and personality shone through.

In a rapidly changing world, the stability of an ancient institution like the monarchy was also something on which people could rely.

The aide said the royal family provided “sort of a ballast” to the country, especially in difficult times.

Yet even William and Kate are not immune to criticism, with a recent tour of the Caribbean overshadowed by protests over Britain’s imperial past.

In the last few years, Republic has stepped up campaigning on social media and with billboards.

Smith and other republicans have long argued that when Britons face up to the reality of Charles as king then support for the monarchy as a whole will dwindle.

He has said that following the queen’s funeral and before the coronation, he and other activists would vociferously push for there to be a referendum on the future of the institution.

“It is an opportunity to campaign, but it is not going to be an easy campaign,” he said. “We are going have to work hard to get that referendum.”

There is no clear path to removing the monarchy in Britain, which does not have a codified constitution that lays out the steps. Its opponents argue that if public opinion turns overwhelmingly against it, the royal family could not continue.

The only time the royal line was interrupted was in 1649, when King Charles I was tried for high treason, convicted and executed, ushering in a brief period of an English republic.

It ended in 1660 with the restoration of the monarchy, presaging the establishment of an institution with vastly reduced powers from what came before.

It is not just in Britain that the monarchy’s status could come under threat. Despite most of Britain’s empire dissipating during Elizabeth’s reign, Charles still becomes head of state of 14 other realms including Canada, Australia and New Zealand.

The popularity and admiration for the queen had mostly kept a lid on republicanism, but the issue is now likely to reignite with renewed energy.

The decision of Barbados to ditch the queen as head of state in November, 2021 was seen as a boost for the republican cause, and others realms such as Jamaica and Belize have indicated they wanted to follow suit, with the royals saying they would not stand in their way.

“I want to say clearly, as I have said before, that each member’s Constitutional arrangement, as republic or monarchy, is purely a matter for each member country to decide,” Charles said at a Commonwealth summit in June this year.

“The benefit of long life brings me the experience that arrangements such as these can change, calmly and without rancour.”

In Australia, 55 percent of voters backed keeping the monarchy in a referendum in 1999, but recent polls have given a contradictory picture on where sentiment currently lies.

A 2020 survey suggested 62% wanted an Australian head of state, with the accession of Charles considered key, while a poll in January 2021 found only 34% wanted a republic.

“I’ve got a lot of respect for the constitutional monarchy, and if it ain’t broke, I don’t see the need to fix it,” former Australian Prime Minister Scott Morrison said when Charles’s second son Prince Harry and his wife, Meghan, visited in 2018. 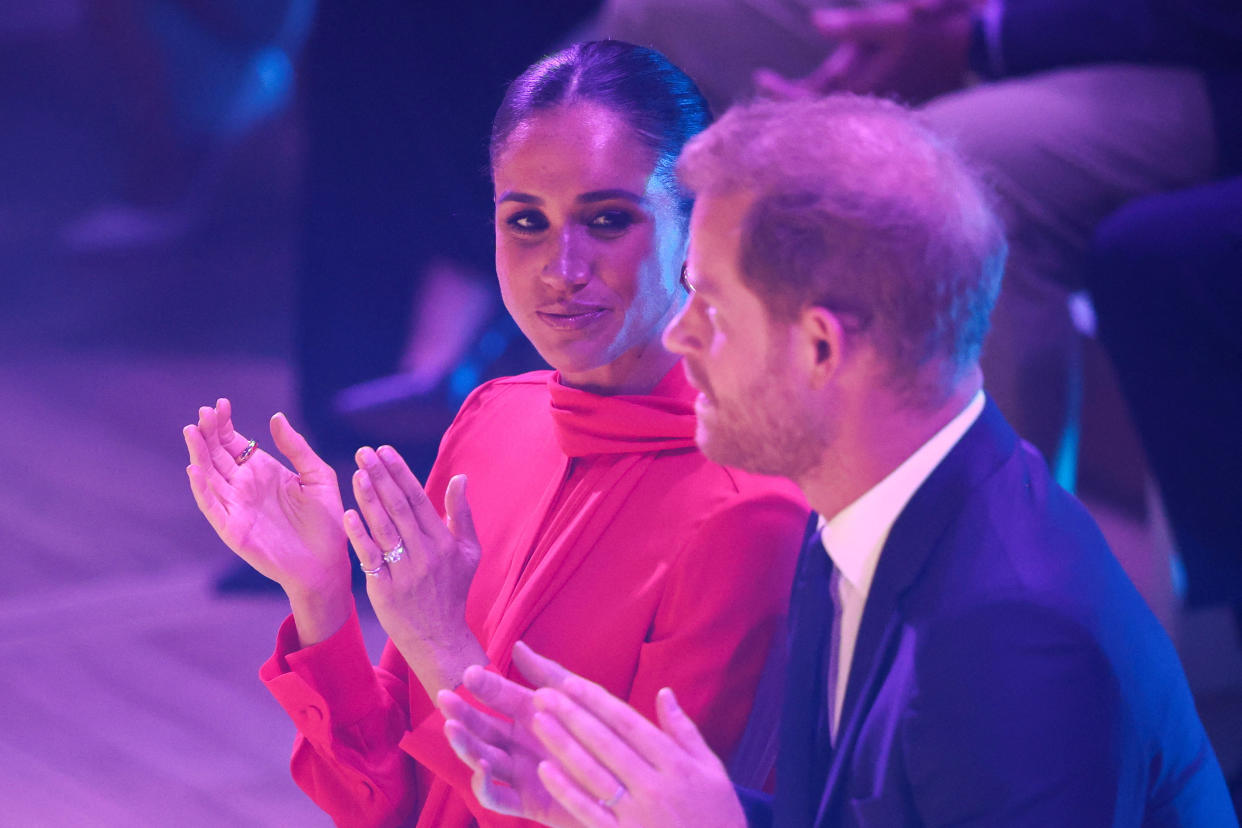 However, the decision of Harry and Meghan to quit royal duties in 2020, and later to criticise Buckingham Palace and accuse one unnamed royal of racism, could work against the royals.

Australia’s centre-left Labor government named the country’s first “assistant minister for the republic” when it came to power this June.

The Australian Republic Movement offered condolences on the queen’s death but noted that she herself had backed Australia’s right to become a fully independent nation during the 1999 referendum.

Australian Prime Minister Anthony Albanese has spoken in support of moving toward a republic. But on Friday he said: “Today’s a day for one issue and one issue only, which is to pay tribute to Queen Elizabeth II.”

In Canada, recent polls suggest about half of Canadians believe the country should end its ties to the monarchy with the death of Elizabeth.

However, experts say removing the monarchy from the Canadian constitution could prove difficult, perhaps stymieing any imminent moves towards a republic.

In New Zealand, where voters in a 2016 referendum rejected changing their national flag to remove the Union Jack – the flag of the United Kingdom – polls indicate a divided public, with younger people leaning towards a republic.

Prime Minister Jacinda Ardern said in March 2018 that she expected New Zealand would become a republic within her lifetime but it was not a matter that the government was prioritising.

Reacting to the queen’s death on Thursday, Ardern said: “There is no doubt that a chapter is closing today…she was extraordinary.”