Will touching letter from Sid Vicious finally end riddle of who killed Nancy Spungen? Her mother believes she ‘wanted to die’ after receiving note from Sex Pistol before his overdose death

In the 43 years since her body was discovered in the seedy hotel room she shared with Sex Pistols punk Sid Vicious, countless questions and theories have swirled around the death of 20-year-old Nancy Spungen.

Now a new six-part series about the infamous rockers from director Danny Boyle is set to revive interest in the notorious case, which ended with Vicious being charged with his girlfriend’s murder – but dying of a heroin overdose before it came to court.

The Oscar-winner may not be the first to address the mystery, but there remains one detail that is often overlooked by those telling the story of the band that excited and revulsed 1970s Britain in equal measure: a letter that Vicious wrote to Nancy’s grieving mother just a few weeks after her killing.

Deborah Spungen, a middle-class mum from an affluent suburb of Philadelphia, expected to be upset by the correspondence from the violence-obsessed drug addict alleged to have slid a 7in hunting knife into her daughter’s stomach.

But she was surprised to find it was a heartfelt, thoughtful and poignant outpouring of his innermost feelings. 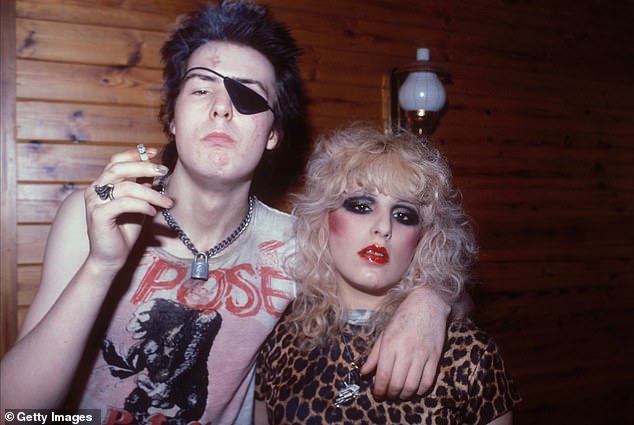 In the 43 years since her body was discovered in the seedy hotel room she shared with Sex Pistols punk Sid Vicious, countless questions and theories have swirled around the death of 20-year-old Nancy Spungen (pictured together on August 4 1978)

After digesting the words, Mrs Spungen found herself profoundly moved. ‘The depth of his emotion, his sensitivity and intelligence were far greater than I could have imagined,’ she wrote some years later in her powerful account of her emotionally disturbed daughter’s life.

Vicious wrote of Nancy: ‘Her pain was just too much to bear. Because, you see, I felt Nancy’s pain as though it were my own, worse even… I love her with such passion. Every day is agony without her. I know now it is possible to die from a broken heart. Because when you love someone as much as we love each other, they become fundamental to your existence.

‘So I will die soon, even if I don’t kill myself. I guess you could say that I’m pining for her. I could live without food or water longer than I’m going to survive without Nancy… [She] was too beautiful for this world.’

His outpourings are included in Mrs Spungen’s 1983 book And I Don’t Want To Live This Life, an often forgotten work that Boyle would do well to draw upon when making his drama for America’s FX channel, expected later this year.

The letter was accompanied by a poem Vicious wrote about Nancy. It included the lines: ‘Such joy to hold you in my arms/And kiss away your tears/But now you’re gone there’s only pain and nothing I can do.’

Again to her astonishment, Mrs Spungen felt it encapsulated her own feelings, even though it was written by ‘the punk monster… the man I feared. The man I should have hated, but somehow couldn’t’.

Now 83 and a widow, Mrs Spungen still lives in the Philadelphia suburbs. She has no wish to talk publicly about the past, but is braced for the fresh interest the new drama will inevitably bring.

Whether or not Vicious killed Nancy is unlikely to be resolved with any certainty. The star initially told police he killed his lover ‘because I’m a dirty dog’, a comment made in a drug-befuddled stupor and soon retracted. 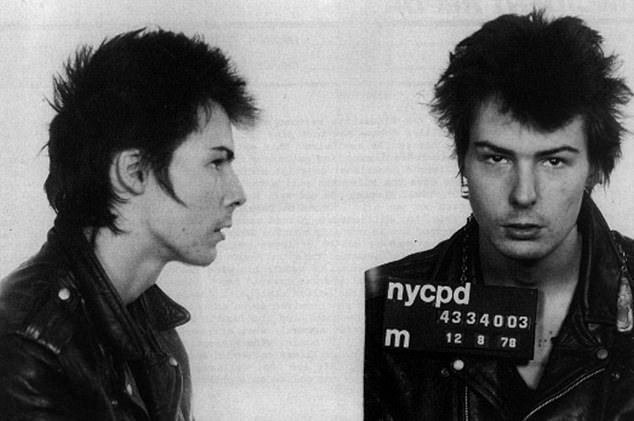 The events of that fatal night in New York are too confused to unscramble, which has allowed wild theories to flourish. Whatever the truth, the couple’s rush to oblivion was unstoppable.

Nancy, an intelligent child, had uncontrollable rages and by 11 was undergoing intensive therapy.

At 17, she turned her back on her genteel upbringing and ran away to New York to become a groupie and heroin addict, funding her habit at one time by working as a prostitute.

Later, she moved to England ‘specifically to get a Sex Pistol for a boyfriend’, recalled a friend. After the band broke up, the couple went to America to start a new life, but overdoses were taking their toll and they were still dependent on drugs. 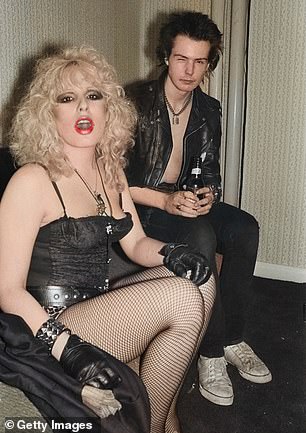 Vicious wrote of Nancy: ‘Her pain was just too much to bear. Because, you see, I felt Nancy’s pain as though it were my own, worse even… I love her with such passion’

In her book, Mrs Spungen describes the last time she saw Nancy, a few months before her death. ‘I won’t live to be 21,’ her daughter announced quietly. ‘I’m going out in a blaze of glory.’

On October 12, 1978, Nancy was found dead in the bathroom of Room 100 of the Chelsea Hotel, a trail of blood leading to the bed she shared with Vicious, who had bought the knife a few days earlier. Once celebrated as a residence for artists, the Chelsea at that time was populated by junkies and low-life.

Witnesses who were at a party in their room the evening before say Vicious was out for the count, thanks to a heavy dose of barbiturates.

Some theories say she could have been killed by a visitor in a squabble over drugs or money.

In her book, Mrs Spungen describes Nancy’s last phone call a few days before she died as ‘spooky… almost as if she was saying goodbye’. Some weeks after the first letter, she got another from Vicious, this time even more anguished. It began: ‘I’m dying. Slowly, and in great pain. My baby is gone, without her I have no will to live…’

Amid the self-pity, Vicious wrote: ‘Nancy once asked if I would pour petrol over myself and set it on fire if she told me to. I said I would, and I meant it.’

Mrs Spungen writes: ‘From that, it wasn’t hard for me to… visualise Nancy handing Sid the knife and ordering him to prove his love for her by using it on her.

‘By shutting my eyes, I could hear his protestations. And then her screams. No one will ever know for sure what happened that night.

‘It is my belief that she wanted to die so made Sid the instrument.’