WikiLeaks founder Julian Assange sought to recruit hackers at conferences in Europe and Asia who could provide his anti-secrecy website with classified information, and conspired with members of hacking organizations, according to a new Justice Department indictment announced Wednesday.

The superseding indictment does not contain additional charges beyond the 18 counts the Justice Department unsealed last year. But prosecutors say it underscores Assange’s efforts to procure and release classified information, allegations that form the basis of criminal charges he already faces.

Beyond recruiting hackers at conferences, the indictment accuses Assange of conspiring with members of hacking groups known as LulzSec and Anonymous. He also worked with a 17-year-old hacker who gave him information stolen from a bank and directed the teenager to steal additional material, including audio recordings of high-ranking government officials, prosecutors say. 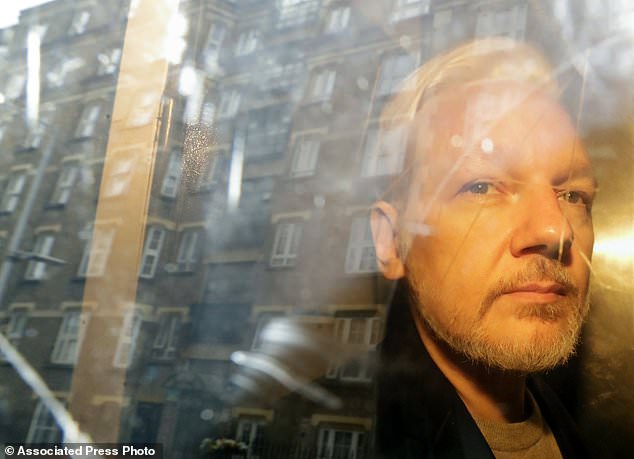 Assange’s lawyer, Barry Pollack, said in a statement that ‘the government´s relentless pursuit of Julian Assange poses a grave threat to journalists everywhere and to the public’s right to know.’

‘While today’s superseding indictment is yet another chapter in the U.S. Government’s effort to persuade the public that its pursuit of Julian Assange is based on something other than his publication of newsworthy truthful information,’ he added, ‘the indictment continues to charge him with violating the Espionage Act based on WikiLeaks publications exposing war crimes committed by the U.S. Government.’

Assange was arrested last year after being evicted from the Ecuadorian Embassy in London, where he had sought refuge to avoid being sent to Sweden over allegations of rape and sexual assault, and is at the center of an extradition tussle over whether he should be sent to the United States.

The Justice Department has already charged him with conspiring with former U.S. Army intelligence analyst Chelsea Manning in one of the largest compromises of classified information in U.S. history by working together to crack a password to a government computer. 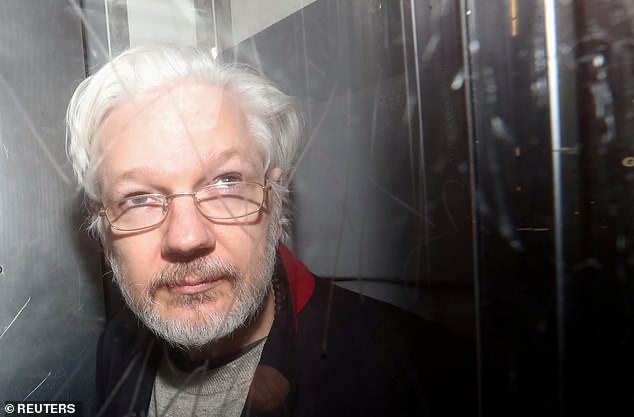 Prosecutors say the WikiLeaks founder damaged national security by publishing hundreds of thousands of classified documents, including diplomatic cables and military files on the wars in Iraq and Afghanistan, that harmed the U.S. and its allies and aided its adversaries.

Assange maintains he was acting as a journalist entitled to First Amendment protection. His lawyers have argued the U.S. charges of espionage and computer misuse were politically motivated and an abuse of power.

Assange generated substantial attention during the 2016 presidential election, and in investigations that followed, after WikiLeaks published stolen Democratic emails that U.S. authorities say were hacked by Russian military intelligence officials.

An investigation by special counsel Robert Mueller revealed how Trump campaign associates eagerly anticipated the email disclosures. One Trump ally, Roger Stone, was found guilty last year of lying about his efforts to gain inside information about the emails. Assange, however, was never charged in Mueller’s Russia investigation.

The allegations in the new indictment center on conferences, in locations including the Netherlands and Malaysia in 2009, at which prosecutors say he and a WikiLeaks associate sought to recruit hackers who could locate classified information, including material on a ‘Most Wanted Leaks’ list posted on WikiLeaks’ website.

According to the new indictment, he told would-be recruits that unless they were a member of the U.S. military, they faced no legal liability for stealing classified information and giving it to WikiLeaks ‘because ‘TOP SECRET’ meant nothing as a matter of law.’

At one conference in Malaysia, called the ‘Hack in the Box Security Conference,’ Assange told the audience, ‘I was a famous teenage hacker in Australia, and I’ve been reading generals’ emails since I was 17.’