Anthony Robinson was fatally shot while walking with his six-year-old daughter in the Bronx.

Video captured the horrifying moment the 29-year-old dad was gunned down on a New York City street on Sunday. 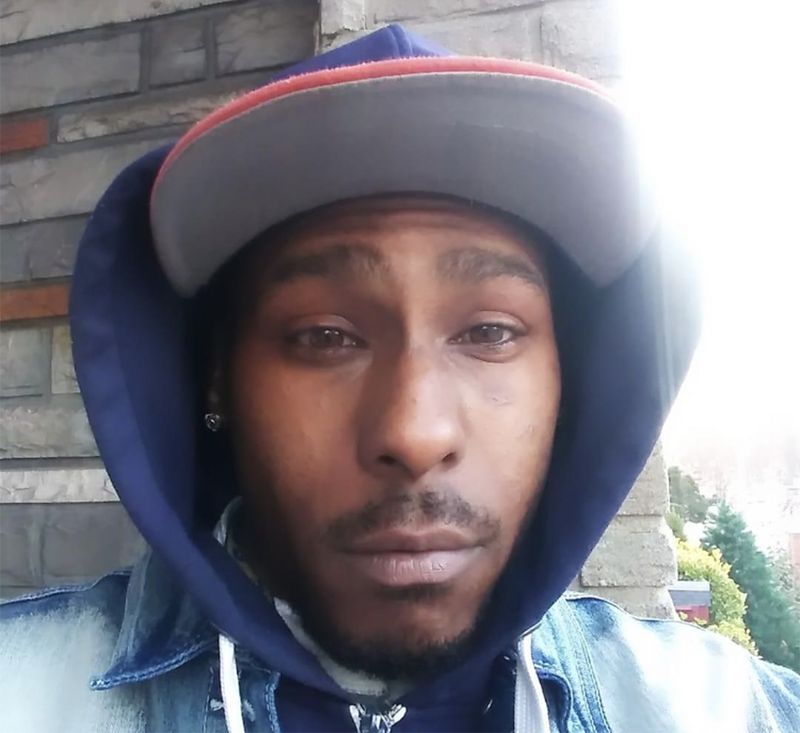 The NYPD’s chief of detectives, Rodney Harrison, tweeted Monday that Robinson had been shot "multiple times" and later died from his injuries.

Who was Anthony Robinson?

Anthony Robinson, 29, appeared to be calmly, and safely, walking in a crosswalk shortly before 6pm on July 5, surveillance footage released by the NYPD shows.

Robinson, who resided in Brooklyn, was killed in one of eight homicides throughout the NYC during the Fourth of July weekend, according to the New York Post.

There were at least 49 shootings reported in total during the deadly holiday – which follows a more than 130 percent surge in crime in June, compared to June 2019.

What happened to him and his daughter in the Bronx?

As the dad was walking hand-in-hand with his daughter in the city's Bronx Borough, a car approached – appearing as if it was going to turn into the crosswalk.

The vehicle ended up not turning, but instead proceeded to follow the pair as they made it to the other side of the street.

Robinson had been holding his daughter's left hand with his right hand when someone in a car fired shots at him.

The incident happened at East 170th Street and Sheridan Avenue.

As the dad was shot at, footage shows his daughter running off in fear and Robinson fall to the ground.

The young girl was miraculously unharmed in what could have been an even deadlier incident.

Robinson, a father-of two, was rushed to BronxCare Health System where he was pronounced dead.

As of now a suspect has not yet been identified.

Approximately 10 seconds into the video, released by the New York Police Department, someone in the passenger seat of the car is seen pulling out a gun and holding it in broad daylight.

In the footage, the dad is seen suddenly dropping to the ground as his daughter ran to follow a nearby witness who was also fleeing the scene.

The vehicle is seen on video veering to the left and driving away as Robinson lay on the ground.

Have they been charged?

The New York City Police Department is offering up to $10,000 for information leading to an arrest.

The 'Defund the Police' movement has gathered momentum across the United States following Floyd's death. 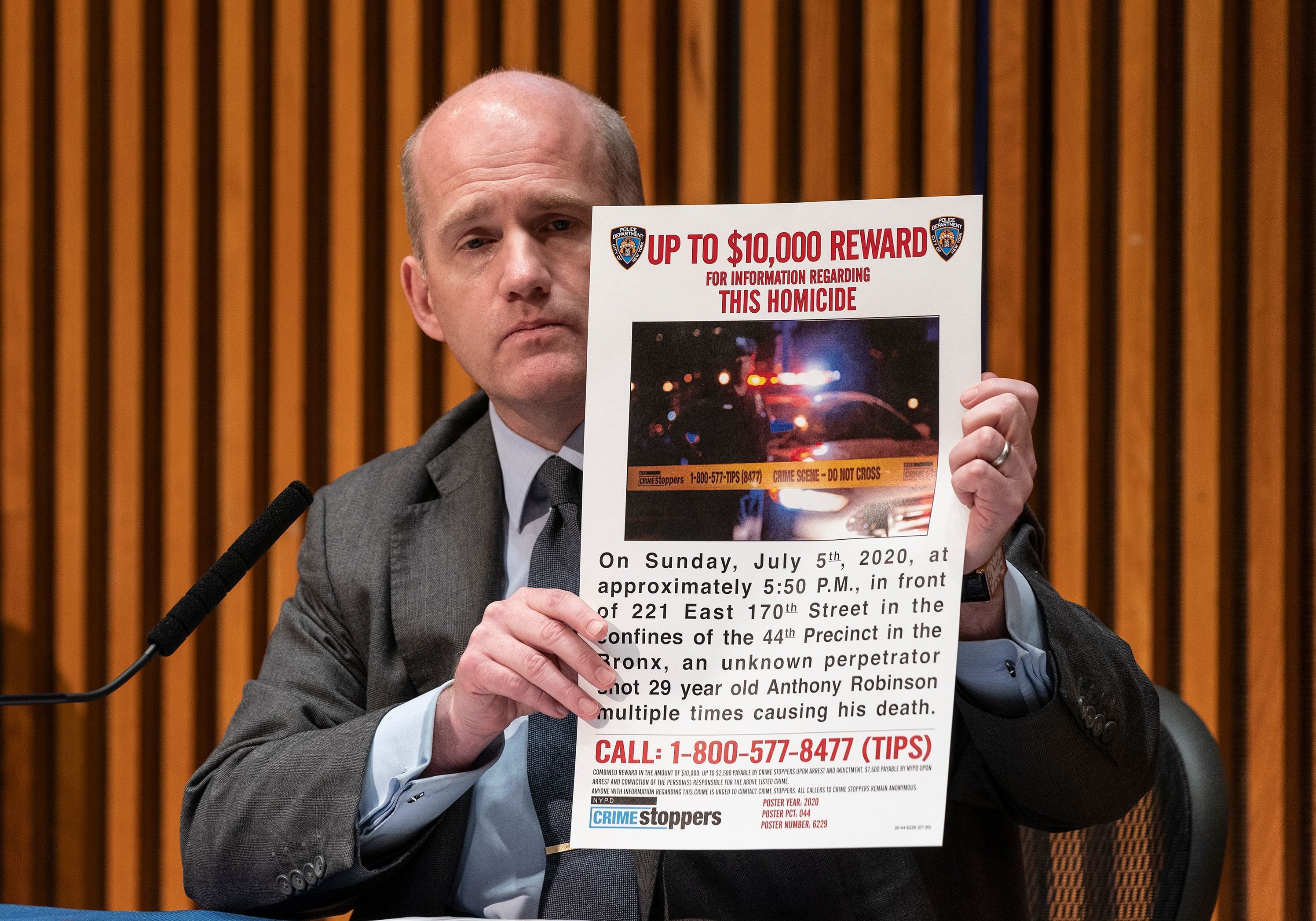 On Monday, police announced that the number of shootings rose in all five boroughs, reporting that 205 shootings involving 270 people occurred last month, compared to 89 shootings during that period last year.

“The sharp increase in shootings and violence in New York puts innocent people at risk and tears at the fabric of life in our city,” Police Commissioner Dermot Shea said in a statement.

“The challenges are great for an NYPD facing the strain of deep budget cuts, changes to the criminal justice system that are impacting the courts, and the continuing international health pandemic.”

New York City Mayor Bill de Blasio blamed the surge in violence on the coronavirus pandemic during a news conference on Monday.