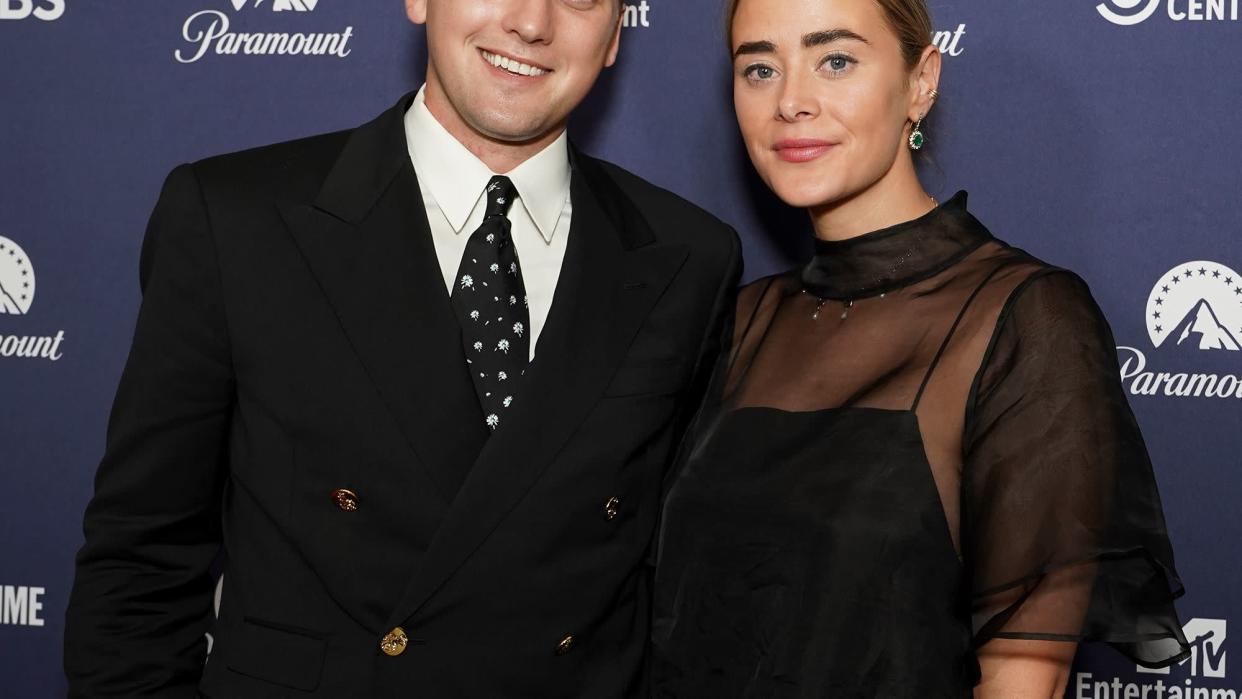 President Joe Biden’s eldest granddaughter Naomi and Pennsylvania Law graduate Peter Neal are planning a White House wedding! The pair, who got engaged in September 2021, are set to wed on Nov. 19.

Naomi, who is the daughter of Biden’s son Hunter, announced their venue plans via Twitter, writing, “Peter and I are endlessly grateful to my Nana and Pop for the opportunity to celebrate our wedding at the White House. We can’t wait to make our commitment to one another official and for what lies ahead.”

The two were introduced by a mutual friend in New York City back in 2018 and dated for three years before Neal popped the question.

Much like his fiancée, Neal has a passion for politics. He was even a White House intern during the Obama-Biden administration.

So who is Naomi Biden’s number one supporter? Keep reading to find out more about Peter Neal and his relationship with Naomi.

He and Naomi started dating in 2018 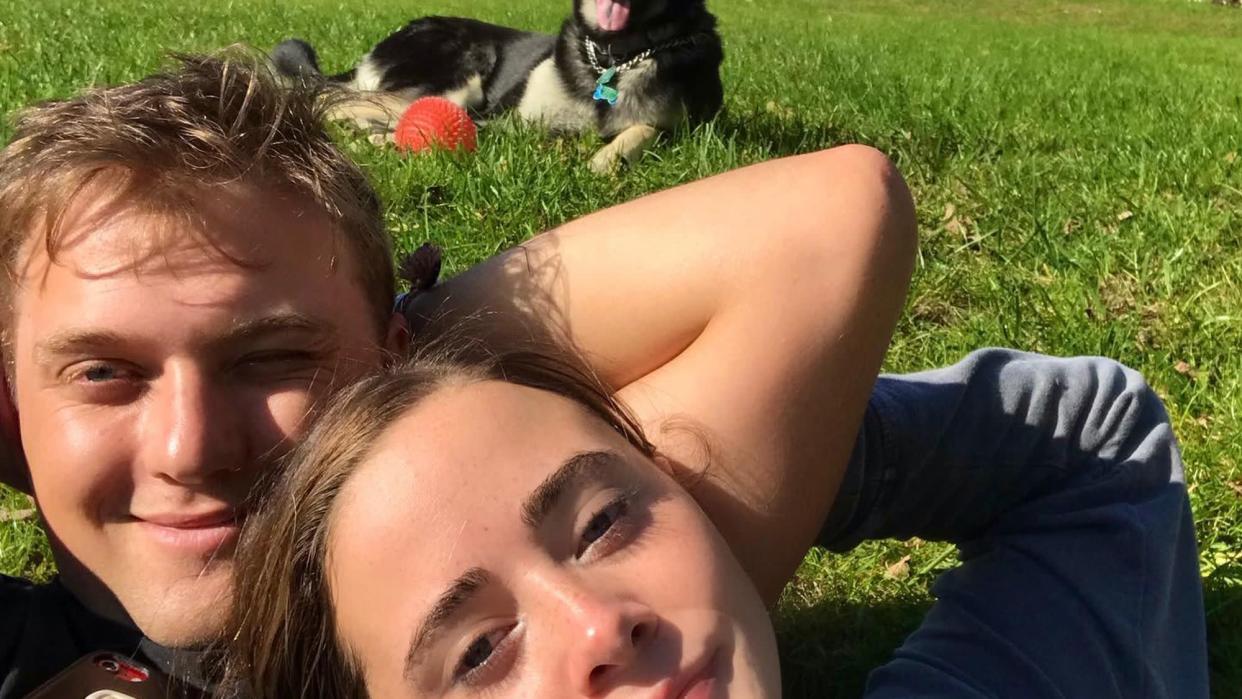 The couple have kept the origin of their love story out of the press, but the White House revealed Neal and Naomi first crossed paths in 2018. The two were set up on a date by a mutual friend of theirs and have been together ever since.

He is a former White House intern 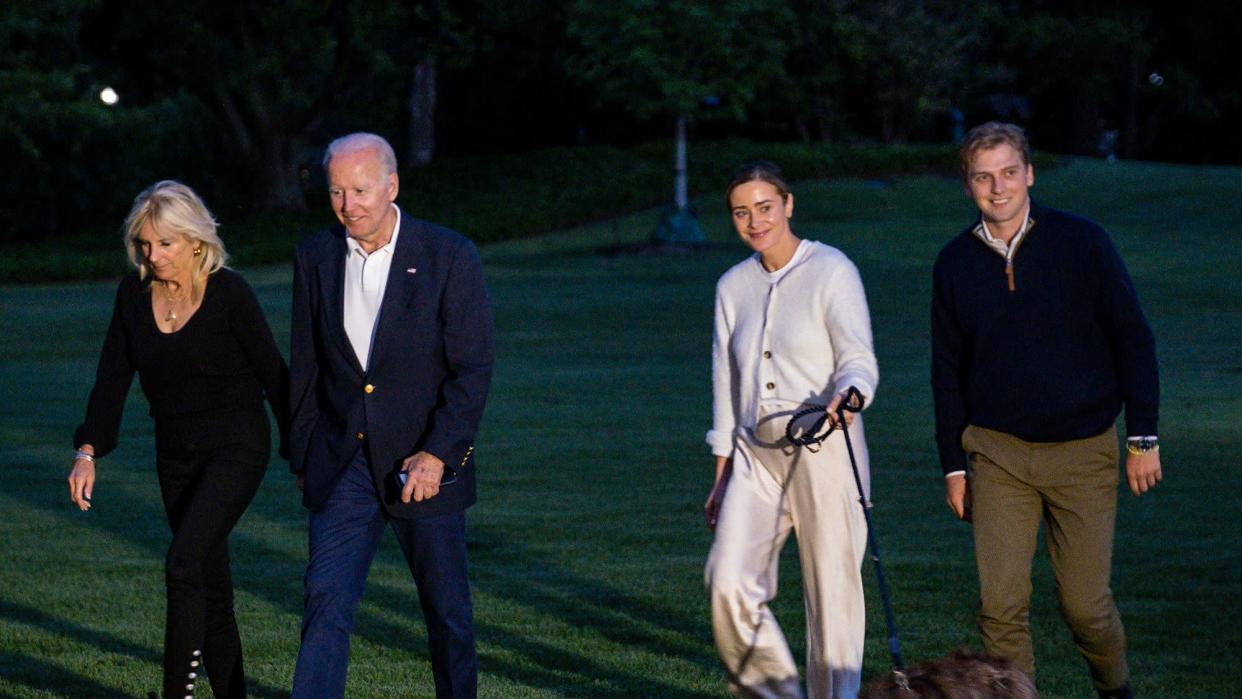 Neal has been active in politics for quite some time. According to Guest of a Guest, he interned for Hillary Clinton’s presidential campaign and went on to become a White House intern for the Obama-Biden administration, where Naomi’s grandfather served as President Barack Obama’s vice president.

He and Naomi are both law school graduates

On May 16, 2022, Neal received his law degree from the University of Pennsylvania, joining the vaunted ranks of his smart fiancée, who is a Columbia Law School graduate. Neal shared a video of him walking across the graduation stage to accept his diploma on Instagram. According to his LinkedIn, he also earned a bachelor’s degree in political communications from George Washington University. 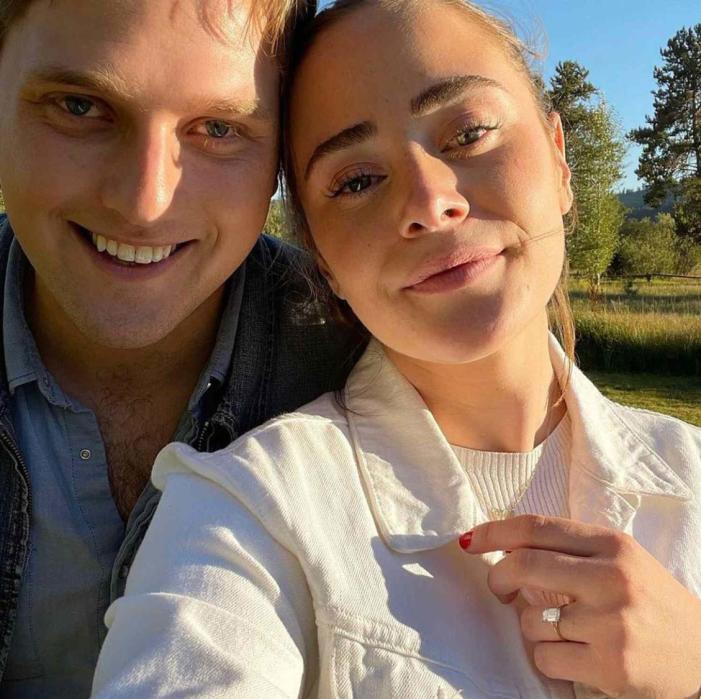 Neal proposed to Naomi on Sept. 4, 2021, near his childhood home in Jackson Hole, Wyoming, the White House revealed to PEOPLE. The ring he gave his bride-to-be holds extra sentimental value as the band was originally a part of Neal’s grandmother’s engagement ring. The newly engaged couple celebrated with their families afterward.

Naomi broke the news first on Instagram. She posted a selfie of her and Neal grinning during golden hour and showing off the special ring.

“Forever 🤍,” she wrote underneath the photo, which Neal also shared on Instagram without a caption.

He and Naomi are throwing a White House wedding celebration 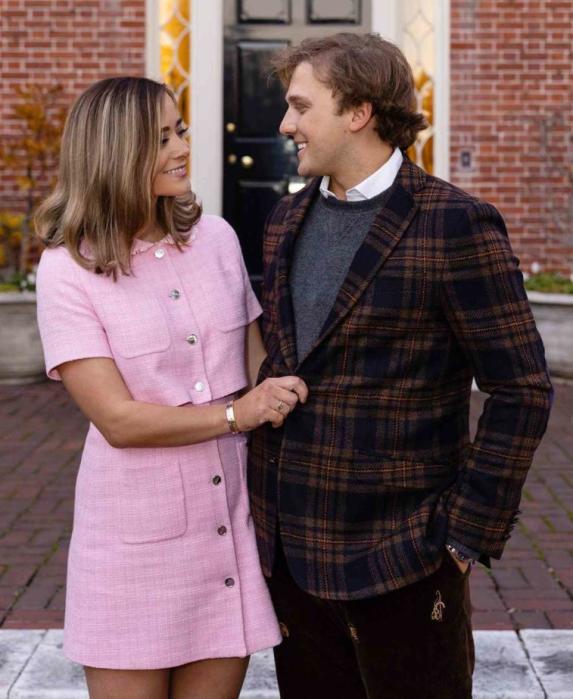 The couple have found their wedding reception venue: 1600 Pennsylvania Avenue. They’ll be exchanging “I dos” the Saturday before Thanksgiving, followed by a party at the White House, Elizabeth Alexander, the communications director for Dr. Jill Biden, confirmed to PEOPLE in a statement.

“The President and First Lady will host the wedding reception for their granddaughter Naomi Biden and her fiancée Peter Neal at the White House on November 19, 2022,” Alexander said. “The First Family, the couple, and their parents are still in the planning stages of all of the wedding festivities and look forward to announcing further details in the coming months.”

Speaking with the Associated Press, Michael LaRosa, then-press secretary for Dr. Biden, confirmed that “the Biden family will be paying for the wedding activities that occur at the White House,” as is customary.

He and Naomi reside in Washington D.C. 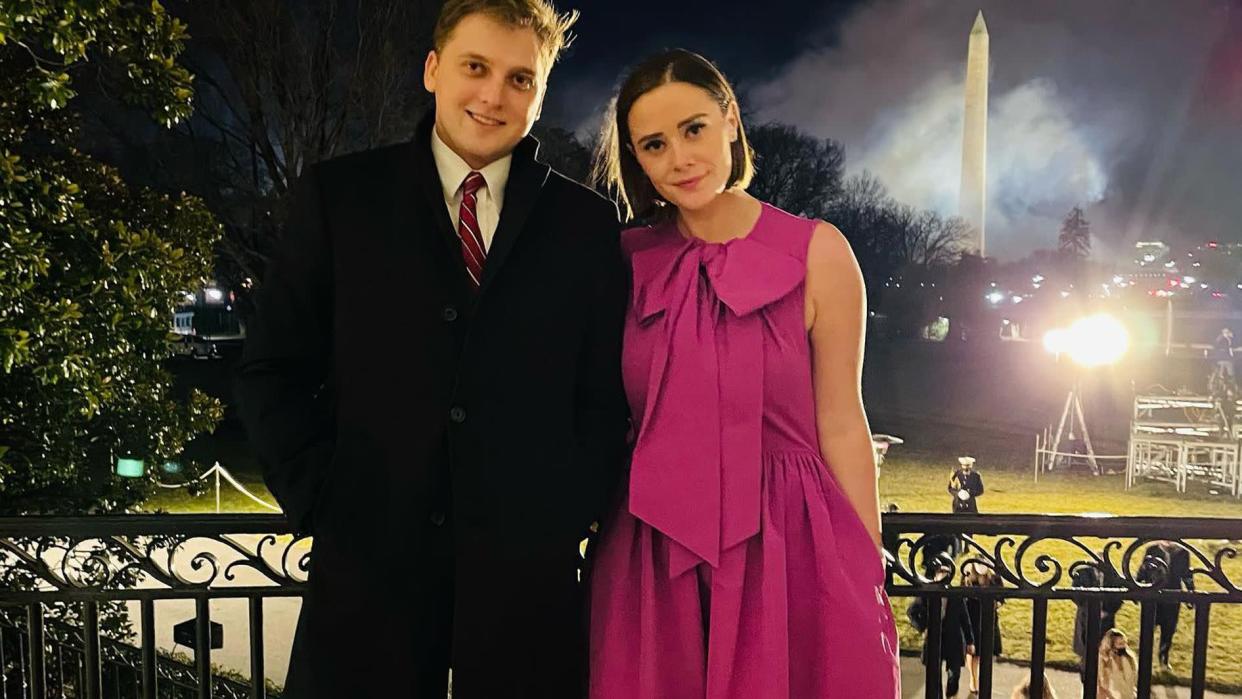 The pair have an apartment in Washington D.C. not far from the bride’s grandparents.

“I’m really excited that they’ll be just a few miles away from my apartment, so I can go steal some free food from the kitchen,” the eldest Biden granddaughter joked during a sit-down interview with Today‘s Jenna Bush Hager.

In 2020, the couple launched an online tool called My CARES Act Benefits to help individuals and small businesses calculate their CARES Act benefit eligibility. After taking the quiz, users have access to professionals who may be able to provide pro bono legal assistance.

“After spending hours reading the stimulus bill and trying to understand what it meant for ourselves, as well as Peter’s family’s small business in Wyoming, we were struck by the difficulty of navigating what should be accessible information for struggling small businesses & individuals during a crisis like this,” they shared on the website’s About Us page.

“While not perfect, we hope that this website can provide a general framework on what you may qualify for, in addition to a number of resources that may provide you with more authoritative information on the CARES Act provisions.”

He has Naomi’s back 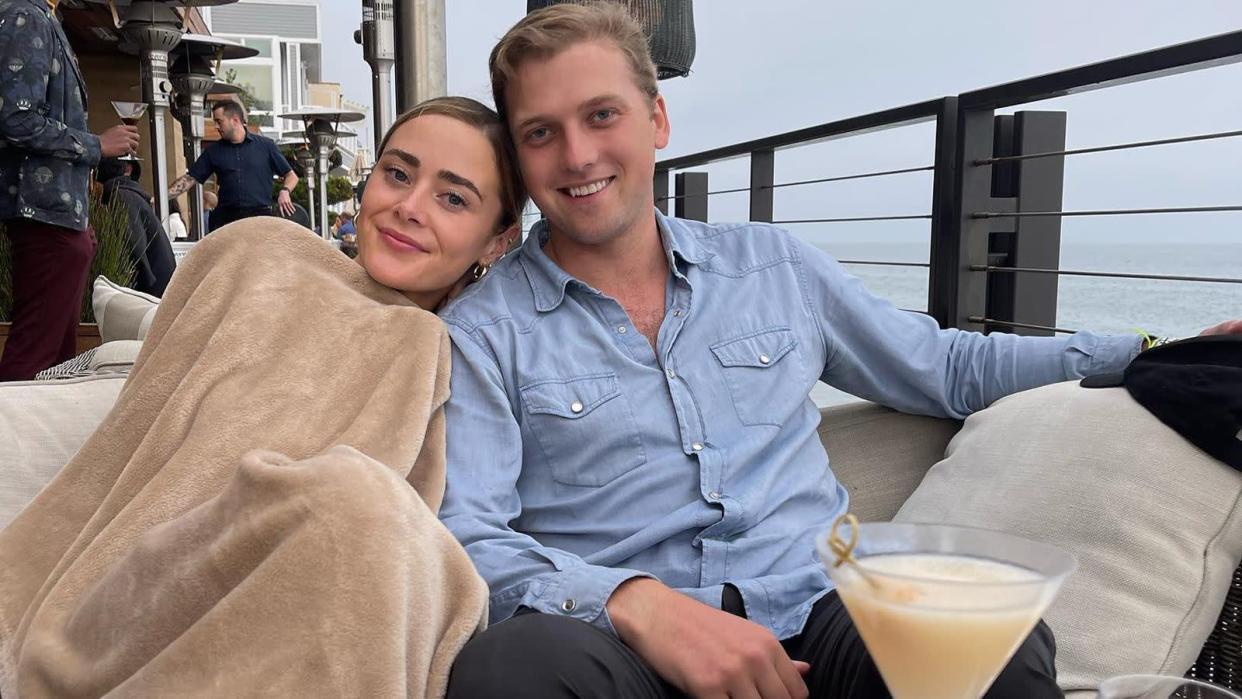 Neal never misses an opportunity to support Naomi and her family. He attended President Biden’s 2020 presidential election party and his inauguration that followed in January 2021. Neal has also accompanied his fiancée to a number of events, including Biden family holiday vacations.