KYLE Rittenhouse is a teenager from Illinois who opened fire on Black Lives Matter protestors in 2020.

Rittenhouse is currently standing trial for his alleged crimes. 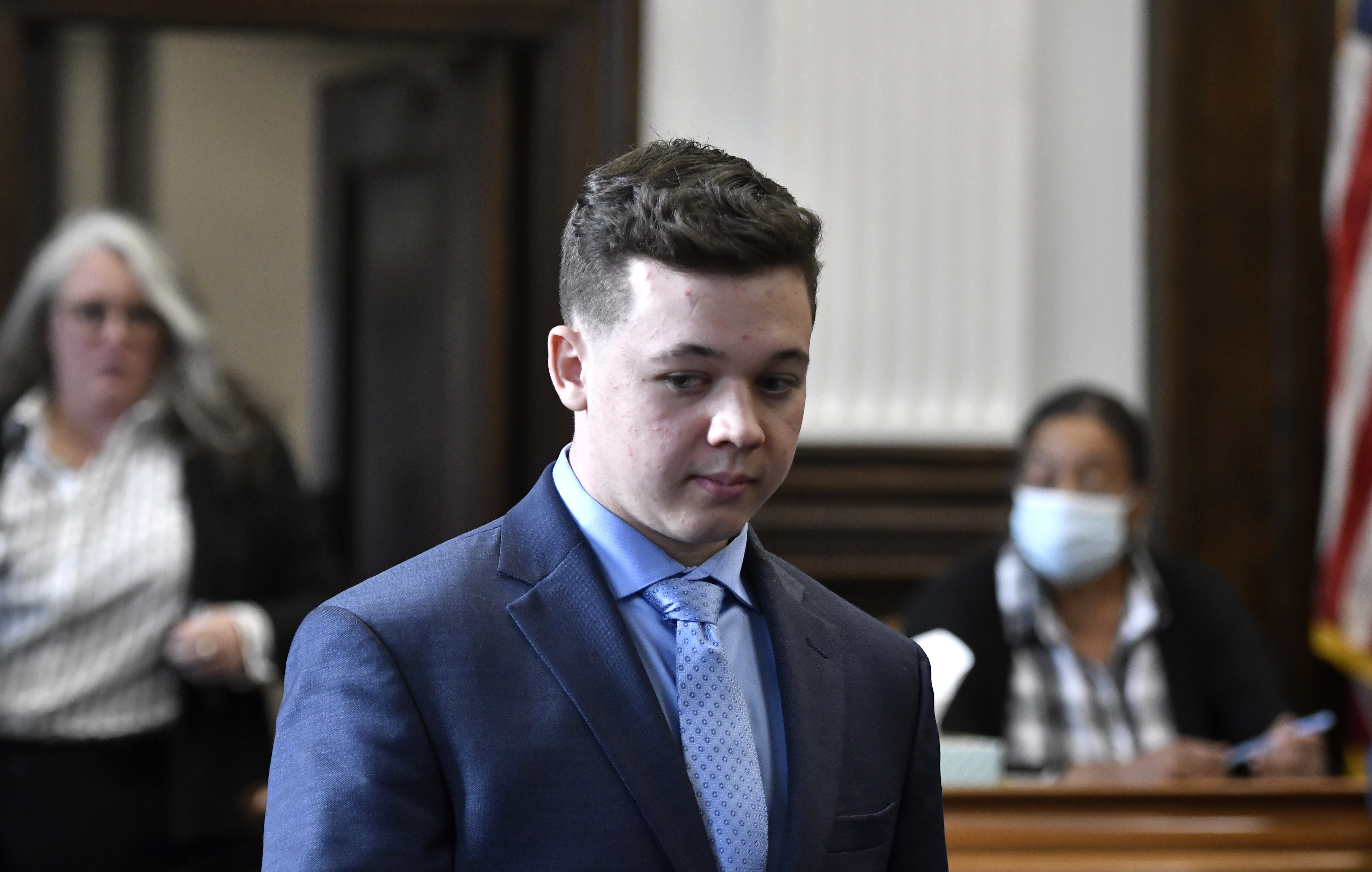 What did Kyle Rittenhouse do?

Kenosha was in the midst of several nights of protests after a white police officer shot Jacob Blake, who is black, in the back during a domestic disturbance.

The shooting left Blake paralyzed from the waist down.

Rittenhouse, 17 at the time was seen walking the streets of Wisconsin with an AR-15 weapon in the midst of the protests.

He opened fire on protesters Joseph Rosenbaum, Anthony Huber and Gaige Grosskreutz, according to authorities.

Rosenbaum and Huber were killed, and Grosskreutz was wounded but survived.

Rittenhouse has argued that he fired in self-defense.

The teenager is currently standing trial in Wisconsin and is facing six criminal charges including first-degree reckless homicide and first-degree intentional homicide.

He has since pleaded not guilty on all charges and is claiming self-defense.

Does Kyle Rittenhouse have a criminal record?

After the incident in Kenosha Twitter users began circulating screenshots of a criminal record for Kyle Rittenhouse that included charges of operating a firearm while intoxicated, failing to obey a traffic officer or signal, and possession of drugs.

However, as others pointed out, a search for Kyle Rittenhouse’s name on the Wisconsin Circuit Court Access website pulls up two people with the same name.

🔵 Read our Karl Rittenhouse live blog for the latest updates

Those charges appear to be tied to Kyle Joseph Rittenhouse, who is 31 years old, in Rock County.

The court access website shows three case numbers for Kyle Howard Rittenhouse, who is 17 years old, in Kenosha County and appears to match the description of the Kenosha shooting suspect.

All three files state, “case has not been concluded. Unless a judgment of conviction is entered, the defendant is presumed innocent of all charges.”

A BuzzFeed News story identified Rittenhouse as having the middle name Howard.

What did Kyle Rittenhouse say during his trial?

The former police youth cadet told the court on the seventh day of his murder trial, that he wanted to safeguard property from the unrest in the wake of Jacob Blake's injury.

Rittenhouse, now 18, initially appeared composed as he gave answers in a matter-of-fact tone to questions from defense attorney Mark Richards.

However, he quickly broke his collected appearance when he described the moment Joseph Rosenbaum allegedly ran towards him. 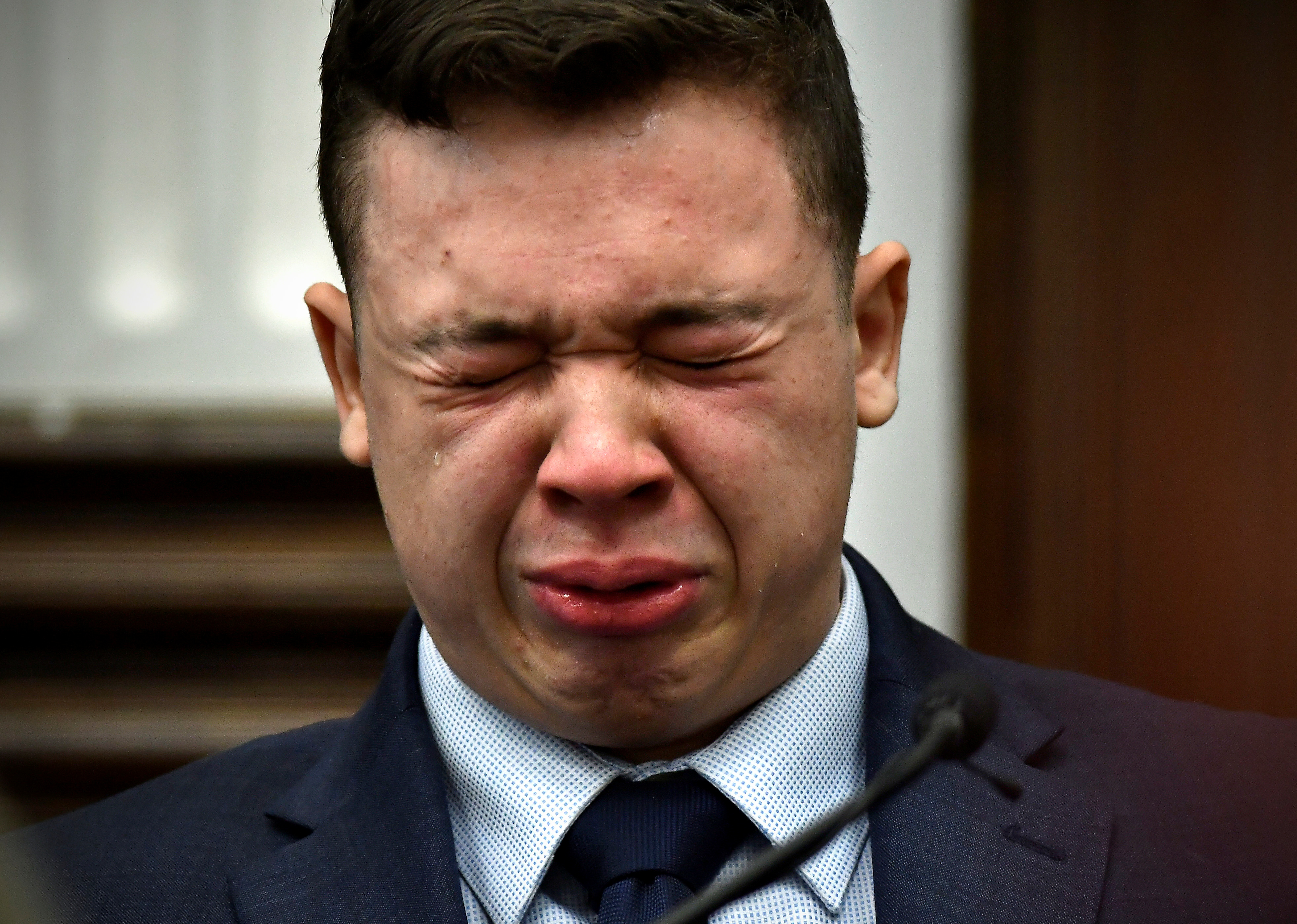 Following Rittenhouse's breakdown, the judge called for a 10-minute break in the testimony.

Rittenhouse's mother was also seen crying in the courtroom.

Rittenhouse’s decision to testify came despite several legal experts saying that an underwhelming prosecution case had made it less likely he would need to do so.