TOM UTLEY: What cheek for a cold-calling conman to complain that I’d called him Mr Phoney Maloney Baloney!

TOM UTLEY For that great whisky-loving novelist Kingsley Amis, the most depressing words in the English language were, ‘Shall we go straight in?’ followed closely by, ‘Red or white?’

But in this second decade of the 21st century, I reckon there are many new contenders for the title.

Ranking highly, of course, is, ‘Your call is important to us’, along with, ‘All lines are busy at the moment, please try again later’, plus, ‘Due to a signalling fault . . . ‘, and Alexa’s constantly repeated mantra: ‘I’m sorry, I don’t know that one.’

For me, the most heart-sinking words are those spoken cheerily over an unreliable landline from some distant corner of the Indian subcontinent: ‘Good morning, Mr Yootley, how are you today?’

As millions will be painfully aware — particularly pensioners like me who spend much of the day at home — such is the preferred opening gambit of many a cold-caller, out to defraud us of our life savings, sell us fake investments or dupe us into revealing our personal details for them to flog to other cold-callers and conmen.

Clearly the idea is to engage us in matey conversation so as to lull us into dropping our guard before they launch the sting. 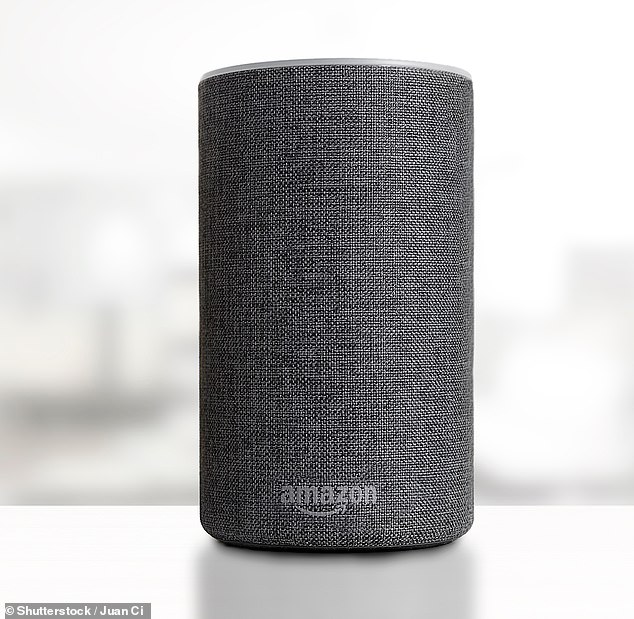 Ranking highly, of course, is, ‘Your call is important to us’, along with, ‘All lines are busy at the moment, please try again later’, plus, ‘Due to a signalling fault . . . ‘, and Alexa’s constantly repeated mantra: ‘I’m sorry, I don’t know that one’

I often resolve that, the next time I’m dragged out of the shower to be asked by a stranger how I am today, I’ll string him along. I’ll launch into an interminable description of my various aches and pains, dodgy prostate, failing memory and the other indignities of old age until I’ve bored or disgusted the caller into submission and he rings off.

But it never quite works out like that. As soon as I hear the question, my blood comes to the boil in my veins. I think: ‘Here is some fraudster on the other side of the world, taking me for a fool.’

As often as not, I just bark that I’m not interested and slam down the receiver. But when such a call came through on Wednesday morning, our conversation didn’t quite follow the usual pattern.

‘Good morning, Mr Yootley, how are you today?’

‘Very busy, as it happens. What do you want?’

‘I’m calling from the National Energy Company and I’m pleased to tell you . . . ‘

At that, he came out with an expression that made me laugh. Bristling with anger, he asked: ‘Why do you call me Mr Phoney Maloney Baloney?’

For some reason, his colourful use of English — a relic, I suppose, of the Raj — put me in mind of a long-dead friend’s account of a march by striking Indian civil servants, which he claimed he had witnessed in New Delhi.

He swore that, instead of demanding more pay, the strikers were brandishing placards emblazoned with the slogan: ‘Enhanced emoluments!’

Anyway, I explained to my caller that I didn’t believe him because I’d never heard of the National Energy Company and I very much doubted that it existed.

It sounded to me like a made-up name, chosen to sound plausible. (I’ve since looked it up on the internet, where I see that there are National Energy Corporations in Canada and Trinidad and Tobago, and a firm called National Energy USA. But of a National Energy Company doing business in the UK, I could find no trace. If I’m wrong and it does exist, I hope the board of directors and my caller will accept my profound apologies.)

For good measure, I added that I was fed up with strangers asking me on the phone: ‘How are you today?’

I took it as a pretty reliable sign, I said, that I was about to be lied to.

I was curious to discover how this particular scam (if scam it was) was supposed to work. How do you get from claiming to represent a fictitious energy company to clearing out a poor sucker’s bank account? But, alas, I can throw no light on the matter because my caller promptly hung up.

For me, as for countless other stay-at-home OAPs, this has been another bumper week for dodgy cold-calls, which seem to get more frequent all the time, despite the best efforts of politicians and barring services to stamp them out.

It has come to the point where at least 60 or 70 per cent of the calls I receive on my landline are either from companies trying to sell me stuff I don’t want, or from fraudsters seeking to fleece me.

It began with one of those infuriating calls we’ve all become used to, presumably from a firm of ambulance-chasing lawyers. An English woman’s voice told me: ‘I’m calling about a car accident that wasn’t your fault. Is this correct?’

Well, no, it isn’t correct, since I haven’t been involved in a car accident for several decades, my fault or anyone else’s. Indeed, my caller must have suspected very strongly that it wasn’t correct, since she was so clearly on a fishing expedition, hoping to happen upon somebody involved in a crash perhaps once in 100 calls. I suppose that, technically speaking, she didn’t say anything untrue just by putting the question to me. But in my book, her unmistakable implication that she had information about such an accident was a blatant, barefaced lie.

Reader, I’m sorry to say that I swore at her before slamming down the phone.

I can understand poor people in developing countries resorting to deception in the hope of earning a crust for their families. But I see no conceivable excuse for it in a country such as ours, with near full employment. Surely she could find more respectable work than telling lies down the phone at the behest of a bunch of shysters? And surely any law firm that profits from such tactics should be barred from practising?

No sooner had I rung off than another call came through. This one purported to come from Amazon, with a recorded American voice instructing me to press one if I wished to cancel my Prime membership. Call me an old cynic, but can anyone seriously imagine the rapacious U.S. giant actually inviting us to cancel our subscriptions? Pull the other one!

But perhaps the nastiest call I had this week was from another recorded voice, with a theatrically posh accent like that of the late Donald Sinden.

This announced: ‘Hello. Her Majesty’s Government has filed an action immediately suspending your National Insurance number. Before execution of an arrest warrant, press one.’

Now, any Brit would realise at once that this was a scam. We know that HMG, for all its faults, doesn’t ring people up, threatening us with the loss of our livelihoods in a voice sounding like an old Ealing comedy’s portrayal of a stuck-up mandarin.

No, what sickens me is the way this fraud is so clearly aimed at vulnerable foreigners, perhaps worried about their future after Brexit and unversed in the workings of Whitehall.

It preys upon people’s insecurities, just as the flood of increasingly convincing internet scams exploits our other frailties: ‘Click here to claim your rebate from HMRC’; ‘Your password is about to expire, click here to renew it’; ‘You have won this week’s star prize, download your claim form to have it paid into your bank account.’

This constant blizzard of deception is enough to crush anyone’s faith in human nature and undermine the trust on which all commerce depends.

I reckon that cybercrime, in all its forms, poses a greater threat to our prosperity than any other enemy of our way of life, at home or abroad.

Until someone gets to grips with it, I have only one piece of advice for my fellow oldies, unfamiliar with the mysteries of cyberspace: don’t think you’re paranoid if you suspect that strangers who ring out of the blue are trying to rip you off.

As often as not, that’s precisely what they have in mind.