A Welsh council has defied Westminster and voted to give its workers an extra day off for St David’s Day despite fears over its cost to taxpayers.

Scotland and Northern Ireland already celebrate bank holidays for their respective patron saints, but despite annual parades and concerts, there is no special day off to toast March 1 in Wales.

However, the council cabinet of Gwynedd defied ministers in Westminster on Tuesday and voted to recognise St David’s Day with a bank holiday for its 5,000-strong workforce.

It comes despite fears it will cost £200,000 to employ part-time staff to keep the council running for the day off.

The council’s cabinet members were left furious after the Department for Business, Energy and Industrial Strategy in Westminster, which has responsibility for bank holidays in England and Wales, refused proposals on the basis it would disrupt business.

Councillors accused the government of treating Welsh people like children and were left fed up with approaching London ‘like Oliver Twist’ for concessions, The Guardian reports.

They have claimed it is unfair an that the Queen’s platinum jubilee will be marked with an extra bank holiday while Wales cannot celebrate its patron saint with a day off.

People carry flags and wear t-shirts emblazoned with the national flag as they take part during a St David’s Day Parade in Cardiff. 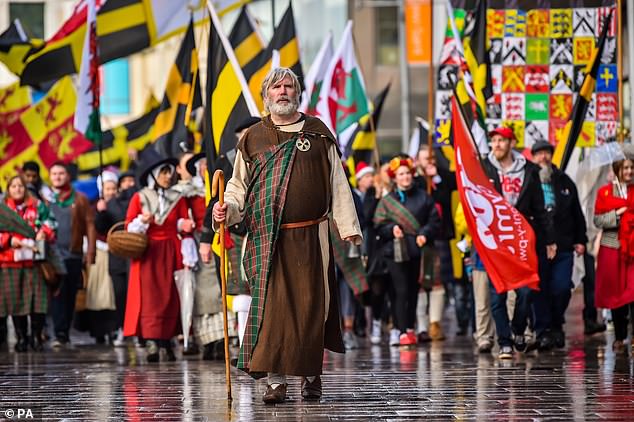 A man dressed as Dewi Sant leads a St David’s day parade in Cardiff, where hundreds of people march through the city in celebration of the patron saint of Wales 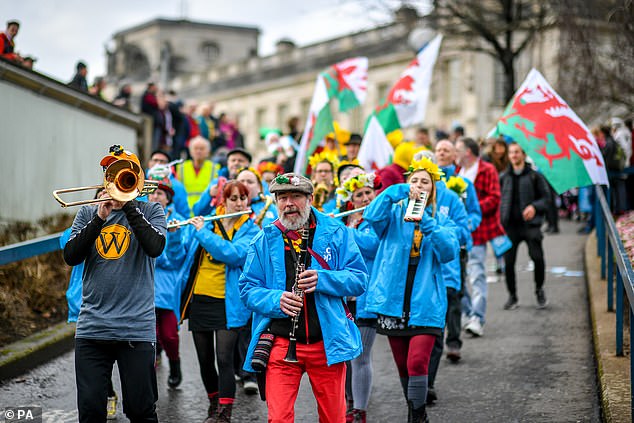 Despite annual parades and concerts, there is no special day off to toast March 1 in Wales 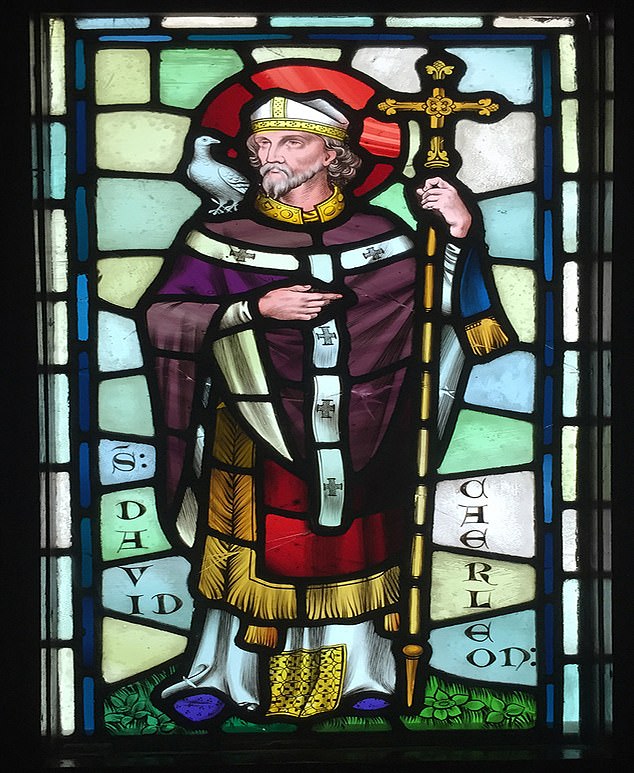 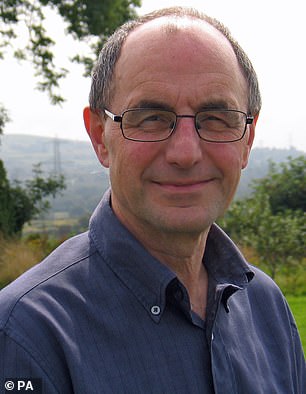 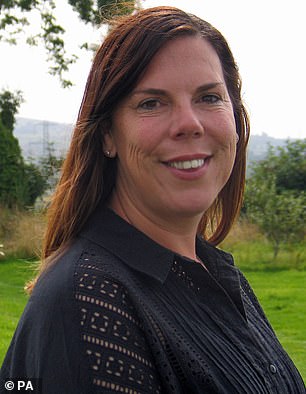 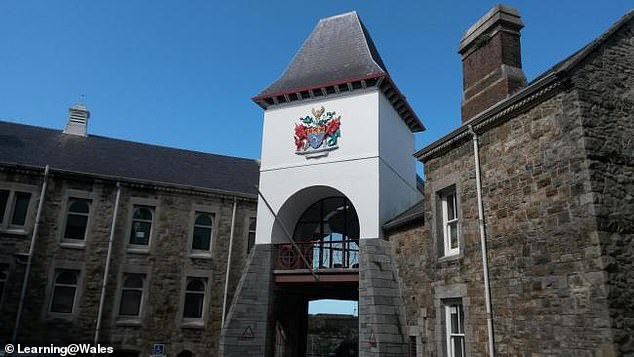 He added: ‘It’s really offensive and insulting; our masters in London are treating us as little children who cannot make decisions themselves.

;I think it’s another example of how this government is treating us here in Wales. What do we expect from such a government that sees us as the last colony the empire has?’

Mr Siencyn said he hoped other councils would follow suit.

Nia Jeffreys, another Gwynedd councillor, added: ‘The principle behind it is the importance of St David’s Day for us as a nation, how close it is to our hearts.

‘It’s embarrassing that they can give an extra day off willy nilly for the Queen’s jubilee but we can’t decide for ourselves what day we have off.”

Teachers will not benefit from the day off as their conditions are negotiated centrally.

Staff such as social workers, refuse collectors and librarians, though, will received paid holiday – costing the council around £200,000.

A third councillor, Dilwyn Morgan, said Wales should be left alone to ‘decide what we want to do with St David’s Day’ and the days of going to a ‘foreign government like Oliver Twist’ need to come to an end.

A spokesperson for the Welsh government said: ‘We’ve repeatedly asked the UK government for the Senedd to have the powers to make St David’s Day a bank holiday, and it’s disappointing to see these requests continue to be refused.’

Born in Caerfai in Pembrokeshire around 500 AD, he was recognised as the Welsh patron saint during the country’s resistance to the Normans. After his studies, St David travelled and made pilgrimages to Jerusalem where he was made an archbishop.

He then went on to teach Christianity and minimise belief in Pelegrian heresy, the idea that sin did not taint human nature and divine aid is not needed to differentiate between good and evil.

He is well-known for performing miracles with the most famous being how he was able to raise the ground under him to form a hill so that the Synod of Brefi crowd could hear his sermon.

Legend also reveals that St David could be the nephew of King Arthur but in other tales, his mother was the niece of the King. The patron saint of Ireland, St Patrick is also said to have foreseen the birth of St David.