From the start, this has been the contest the Boris campaign has wanted. They feel Hunt is the ideal opponent. 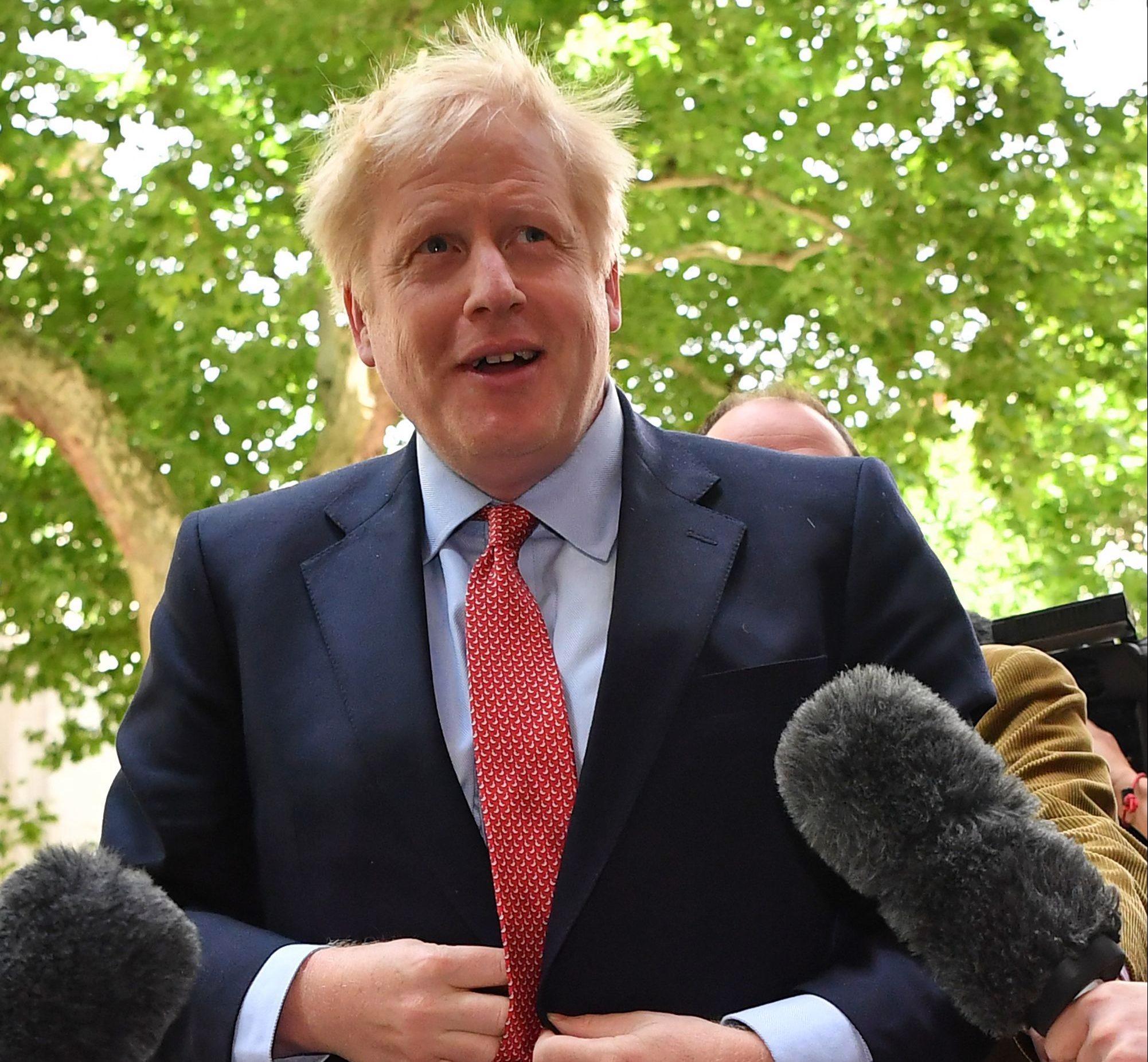 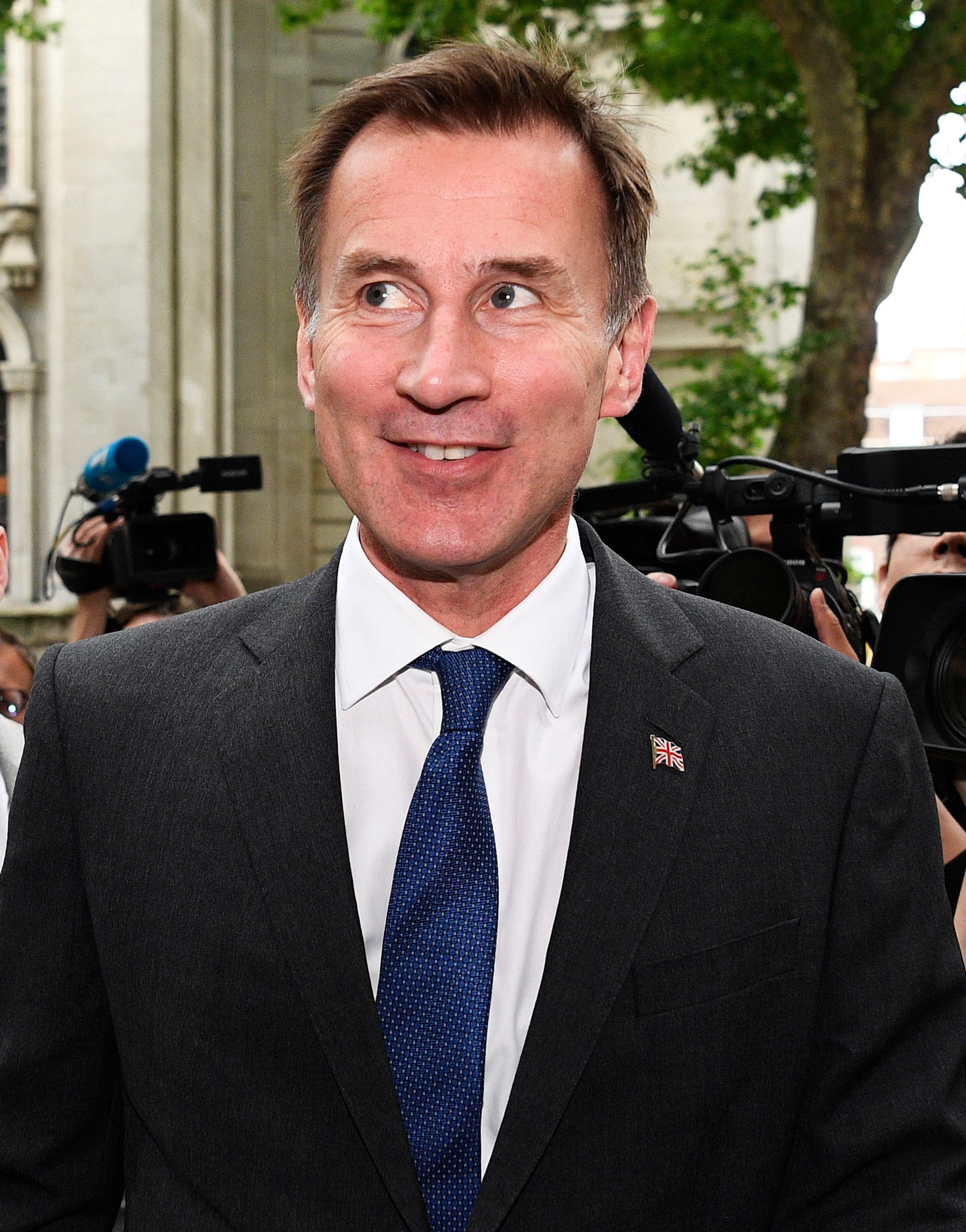 He voted Remain in 2016, he has been in Cabinet throughout Theresa May’s premiership with its Brexit failures and he is a mild-mannered figure who struggles to impose himself on debates.

One Boris backer jokes that they have never seen, “a more lop-sided two-horse race”.

The Hunt campaign bristle at the idea that this is going to be a walkover.

They believe he has a route to victory by playing on Tory members’ concerns about whether Boris can actually do the job of being PM.

They also think they will do well with the large Scottish membership — Scots are twice as likely to be members of the Tory party than the English — and are planning an early campaign trip there.

They expect to pick up the endorsement of Ruth Davidson, the popular leader of the Scottish Conservatives.

But for all Jeremy Hunt’s efforts to make this a contest, it is still Boris Johnson’s to lose. Of course, he could. He could make a spectacular gaffe or some scandal could blow up.

Last night’s revelations of the screaming match at the flat he shares with his new partner shows the scrutiny that his life is going to come under.

If he can get through the next fortnight without any major blunders, he’ll become Tory leader.

Why? Because the postal votes go out from July 6 and most Tory members will return them within two days.

As one Tory veteran explains: “A week after the ballots have gone out, it is too late to change anything.”

I understand Boris will use the next weeks to set out his Brexit position in more detail.

Those hoping to see him in full entertainer mode at these hustings will be disappointed. Instead, he intends to stick to the serious persona of the past few weeks.

One of those preparing him for the month tells me that Tory members “know he can do Boris. They need to see him do Prime Minister.”

Boris’s critics have lost their judgement and want to attack him as a homophobe, despite the fact he was one of the first politicians to back gay marriage. Just as absurdly, they want to smear him as a racist.

Oddly, these attacks actually create a problem for Jeremy Hunt.

The more ridiculous the criticism Boris faces, the more Tory activists will rally to him. This will make it harder for Hunt to get a hearing for his far more measured criticisms of Boris.

All of these hustings will be broadcast on the internet. I understand the Boris campaign were not best pleased about this, which suggests they still have some concerns about their candidate slipping up.

But even in this age of political upsets, it is hard to believe that Boris Johnson won’t be the winner of this contest.

Smooth switch is key for Lister

EDDIE Lister is to run the transition team that will prepare Boris Johnson’s governing programme.

Lister, chief of staff for Boris when he was Mayor of London, will take charge of this process and the working assumption is that having done this, he will move to No10 as chief of staff if Boris becomes PM. 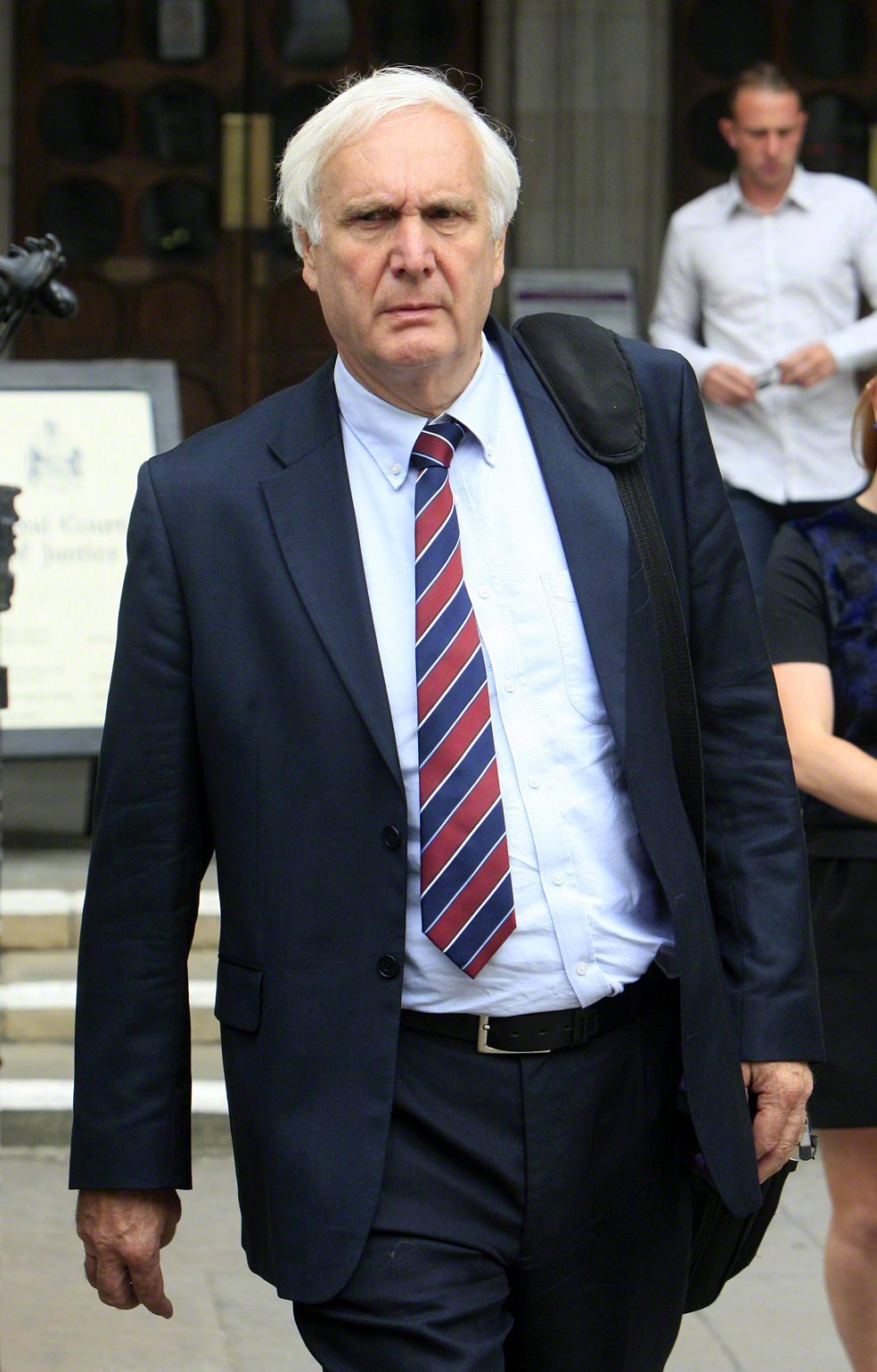 Crucially, Boris knows and trusts Lister. In his successful stint at City Hall, Lister showed that he knew how to bring order to Boris world – which is no mean feat.

One of those close to the decision tells me: “Boris has made the biggest shout, who is your number one man? It is Eddie.” The need for order is urgent.

If Boris enters Downing Street, he’ll only have 99 days until October 31, the day by which he has promised Britain will be out of the EU. He won’t have any time to lose.

Intriguingly, I understand that Sajid Javid – who was knocked out of the leadership race on Thursday – was interested in doing this role.

But the Johnson camp wanted whoever ran the transition to become the Downing Street chief of staff. A key challenge for Lister will be to make sure there is a clear structure.

Boris has always liked having multiple sources of advice.

As one of those who has known him for years observes: “There are going to be lots of different courts, lots of people competing for the monarch’s ear – and he quite likes that.”

But this source warns that, “as a recipe for government, it could be quite fractious”.

It is Lister’s job to make sure there is a clear chain of command.

THE numbers were so close in the final round of MPs voting in the Tory leadership that the ballot papers were counted three times.

I understand that the spoilt ballot papers weren’t covered in graffiti, but simply left blank.

“THE problem is the 27,” says one of those preparing Boris for government.

The 27 is a reference to those Tory MPs who voted for Rory Stewart before his elimination from the leadership contest. 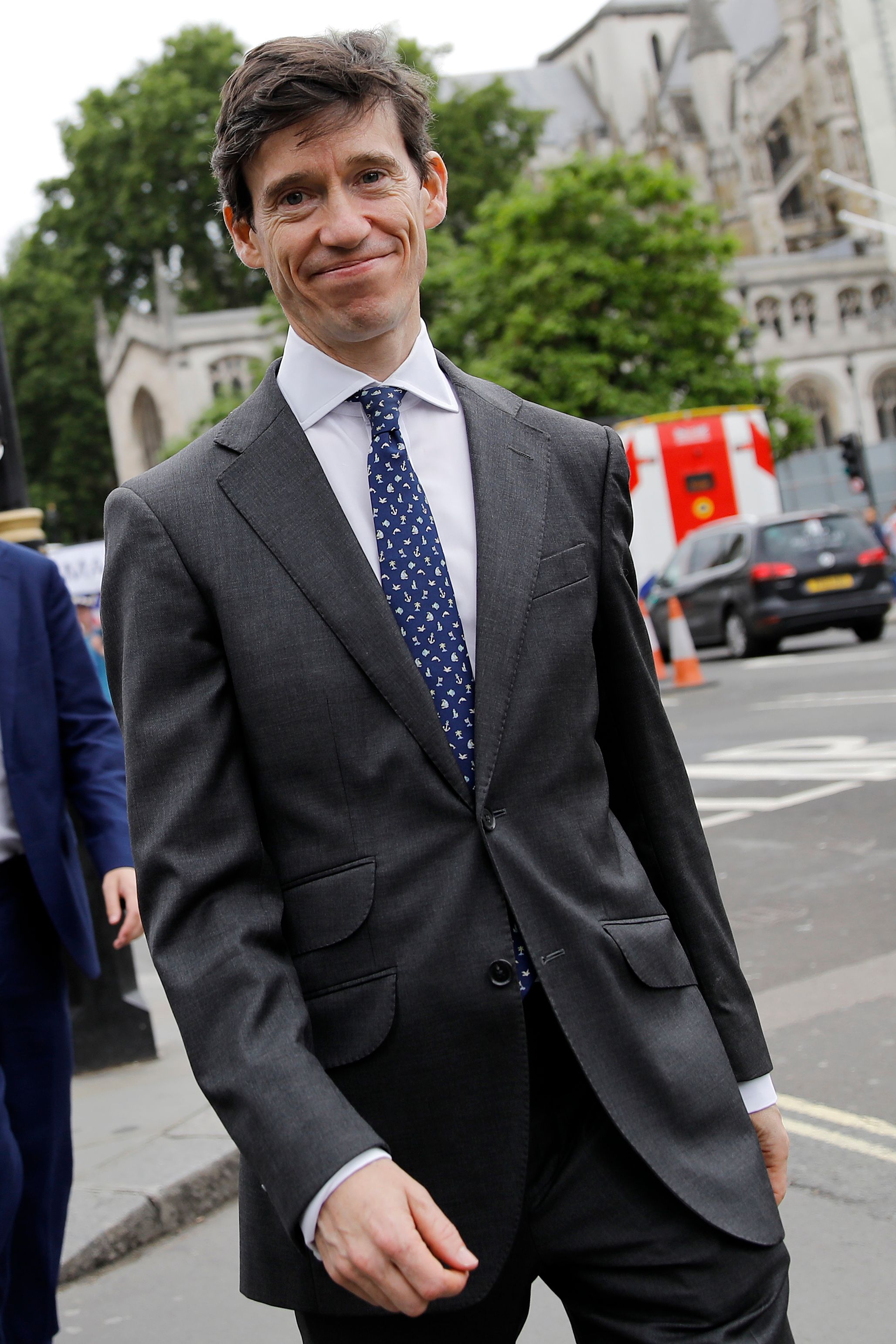 If only a fraction of this group decides to try to bind Boris Johnson’s hands on Brexit, then the Government could collapse.

One of Boris’s closest allies warns that, “It is going to be really problematic, there is going to be a Remainer counterweight to the ERG”, the group of hardline Brexiteer MPs.

To the alarm of Boris’ allies, Rory Stewart is uninterested in serving in a Boris Cabinet. Instead, he is setting himself up as an alternative voice on the backbenches.

Stewart and his supporters have to remember, though, that a Corbyn government would be worse for this country than any Brexit outcome.

The problem for Boris Johnson is that his Brexit strategy relies on MPs giving him time to see if he can use the threat of No Deal to winkle a concession out of the EU.

The only chance of these 27 MPs giving him this time is if they think it is a bluff.

Pulling this off is going to be a political high-wire act.

BORIS Johnson and Michael Gove have spoken since Gove’s elimination.

I’m told the conversation wasn’t substantive but wasn’t rancorous, despite the tactical voting by Johnson supporters that led to Gove being knocked out. 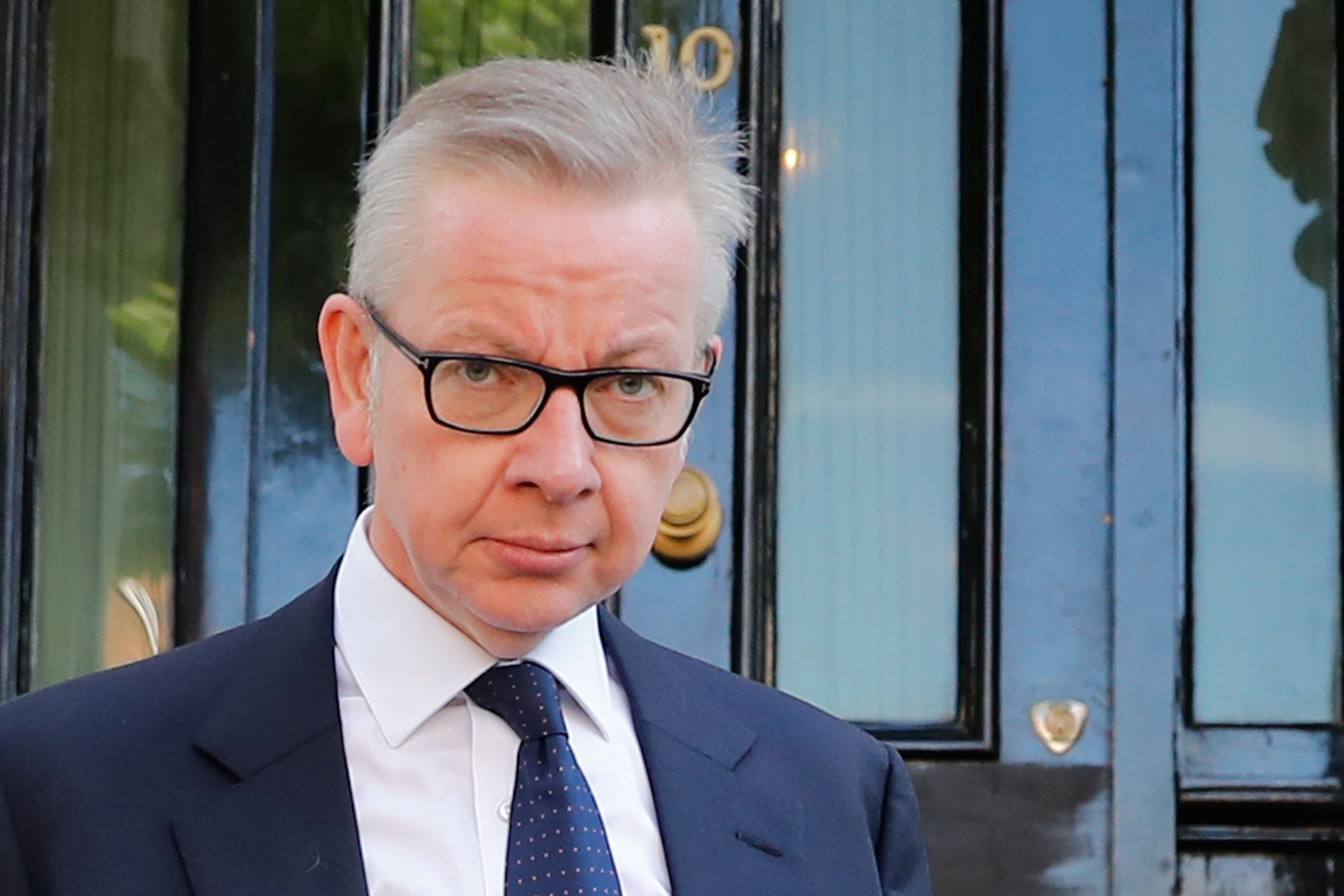 In the next few weeks Gove will get on with departmental business. He’ll introduce “Natasha’s law” for clearer labelling of allergens in products, named after Natasha Ednan-Laperouse, who died after eating a Pret sandwich, and increased sentences for those who abuse animals.

I am told that it is “not settled one way or the other” whether Prime Minister Boris would keep Gove at the Environment department or offer him a bigger job. But given the scale of the challenges facing the

Tories, it would be foolish to not put their most talented departmental minister in one of the great offices of state.